"We'll be going all out to win it. We're really up for it because it would see us take our place in the history books", added Odriozola.
Real Madrid start their 2018 Club World Cup campaign against Kashima Antlers in the semi-final (Wednesday, 5:30pm CET), and Modric spoke about the competition: "It’s a very important challenge for us. What this team has, and has proven many times, is quality and character. Despite the difficult times and the problems we’ve encountered along the way, we always know how to overcome them. We’re prepared for what awaits us and we want to finish this year, which has been perfect, in the best possible way".

"After winning the Champions League three times in a row, we want to do the same with the Club World Cup. For Real Madrid it’s always important to win titles and we want to win this for the third time in a row. For me it’s always important to help the team in the best way possible, I’m not overly concerned with the individual side of things. The important thing is how we’re going to play as a team, take on this challenge and win the title".

Fans
"This team needs their support. We’ve always shown that we’ll fight until the end to win the titles, we’ll give everything on the field to be successful in the future".

VALVERDE: "WE'LL BE FIGHTING RIGHT UNTIL THE END TO WIN THE TROPHY".

"It's a dream come true because to be involved in this competition means that you've won the Champions League and it's an added source of motivation. Not every player gets the chance to play in this tournament and it's a unique opportunity. You've got to savour every moment and each day and the most important thing is that we try and win the trophy, because both the fans and we deserve it".

Valverde: "It'd be really special to win it"
"Real Madrid are involved in the Club World Cup because we deserve to be. The team has won a lot of games to get here and it would be a real achievement to win the competition. To lift the trophy for a third successive year would be really special and that's a motivating factor. I'm delighted to be here with the team. I've had to fight hard, just like any other youth-team player who has to work their way up from the bottom. I'll try to make the most of the opportunity and it'll be really special if we win it".

Ambition
"I'm young and winning my first piece of silverware with the best club in the world would be special. We'll be doing our all to win it. I would ask our fans to continue to support us just as they always do and have done up until now and I thank them for the way they support us every day. We'll be fighting right until the end to win the trophy". 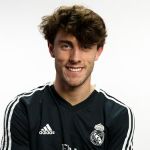