Benzema: “We want to enjoy ourselves and make the fans happy"

“This is the key stage of the season”, stated Marcelo.

With just four days to go until the Champions League against Liverpool, the Real Madrid players appeared at the UEFA Open Media Day following their training session. Benzema reflected on the pressure: “I'm going to play a final on Saturday but I won't be feeling the pressure. The only pressure I'll have is waiting to get out on the pitch. It disappears once I walk out. The preparation is the same. We have to enjoy ourselves and we want to make the fans happy. We're in good shape, focused, preparing for the rest of the week up until Saturday. There's no pressure, we have to enjoy it”.

Comebacks
“We've experienced them with incredible emotions, just like everyone else. Ultimately, we know pressure exists at this club both from the inside and out and that's why they're referred to as magical nights because there is no other club in the world where something like this could happen. The fans drive us on and without them, it wouldn't have happened. We don't let our heads drop when we're losing, people give us that extra push and in the end we get the goals, as was the case against PSG, Chelsea and City. It's an incredible connection with the fans. Our club is just great".

How do you beat Liverpool?
“They're a very good side. They haven't changed much for the last four or five years. They have a good coach but we have to focus on our own game. We played against PSG, Chelsea and City, who were the favourites. We're full of confidence heading to Paris. Anything can happen in a final. You're away from home, they really press you. We have to be able to dig in and play on the break, or retain the ball, depending on how they play".

Advice for Vini Jr.
“I've always just told him to focus and play his game as ever. He's young but not so much on the pitch because he's played over 100 games. There is talk about the best player in the world right now and Vinicius doesn't get mentioned but he's in the top 5. He does it all, scores goals, assists. He has to focus on the game because he can win it on his own. I talk to him all the time, on the pitch too. He can be even more decisive, he's got so much ability and an ease about him".

Message for the madridistas
“I hope we can win the game on Saturday and bring the Champions League back to Madrid. You and we are together and you're going to help us win this Champions League, which is incredibly important to us".

Marcelo: “This is the key stage of the season”
“We're thrilled with the season we're having. It's a beautiful time, we're focused and can't wait for Saturday to come around. We know anything can happen at the Bernabéu. People didn't believe we could turn it around and we brought such great joy to the fans. Madrid never give in and always fights to the end. I'm not surprised we've won games in this way”.

“This is the key stage of the season. We have to prepare well for the final and try and win it to close out a fantastic campaign. We can do it, we're up against very strong opposition who we respect, but we can't wait to play”.

Captain's role
“It's a huge honour and a great responsibility. The influence the captains have over new signings is immense. It's an honour to be the captain of the greatest football club in the world. Many players would give anything to be in that position. Defending the Real Madrid crest is an obligation and it's a privilege to pull on this shirt".

Fans
“Thank you for being with us always. This is all for you. We have a tough game coming up and I know you'll be with us. Hala Madrid!".

"I'd like to thank the madridistas because they have been behind us and helped us on our road to get here. When the coach brings me on, it's to help the team out and I'm delighted to do it. I try to play as I know how”.

Alaba: “We'll give it our all to come back with the Champions League”
“I feel great and I've had time to recover. I've worked very hard in recent days to be back fit. I love playing for Real Madrid. We have a very strong team and players with loads of talent. We've shown that this season, especially Benzema. I'm delighted to be here helping out this great team".

“These last 3 home games in the Champions League were just crazy. The Bernabéu is something special. It was so exciting and we're thrilled to be in the final".

Partnership with Militão
“We get on really well and the team makes life easier for us too. It's been easy for me to adapt and I want to help the team as much as I can with my game. I'd like to thank the fans for this unbelievable season as well, for their support. We've only got one game left and we'll give it everything to come back with the Champions League”.

Valverde: "We've worked so hard to get this far"
“It's a special feeling and I'm enjoying every moment with the team and my family. It's special, we've worked really hard to get to this game and it could be one of the biggest days in my life as a footballer. Every player gets their chance, we have to keep working hard. We've done a great job so far, we've had to dig in and now we're coming into it in good shape".

“Liverpool have amazing players and a fantastic coaching team. It's going to be a difficult game. We have to be confident, humble and hungry to win another trophy for Real Madrid”. 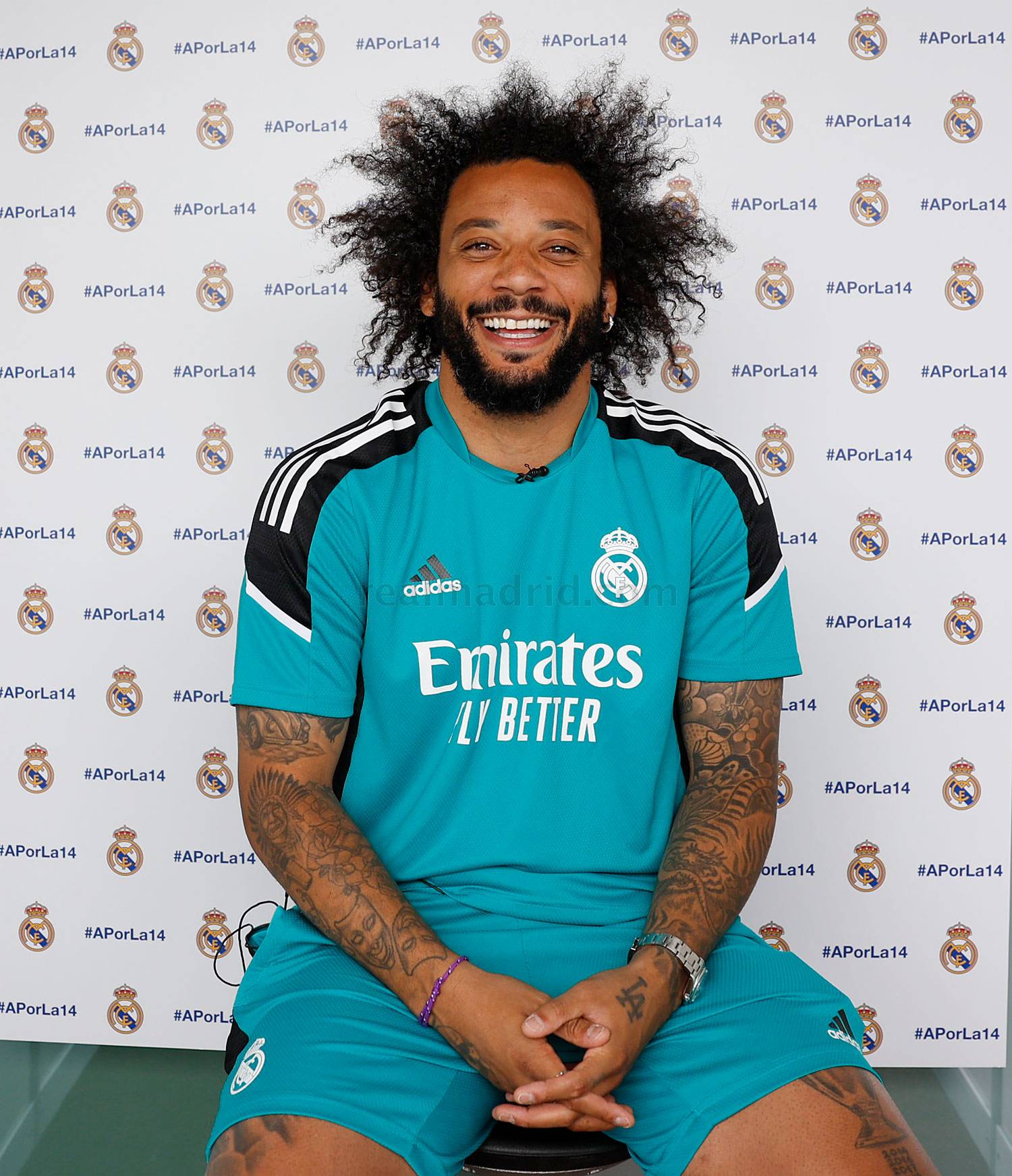 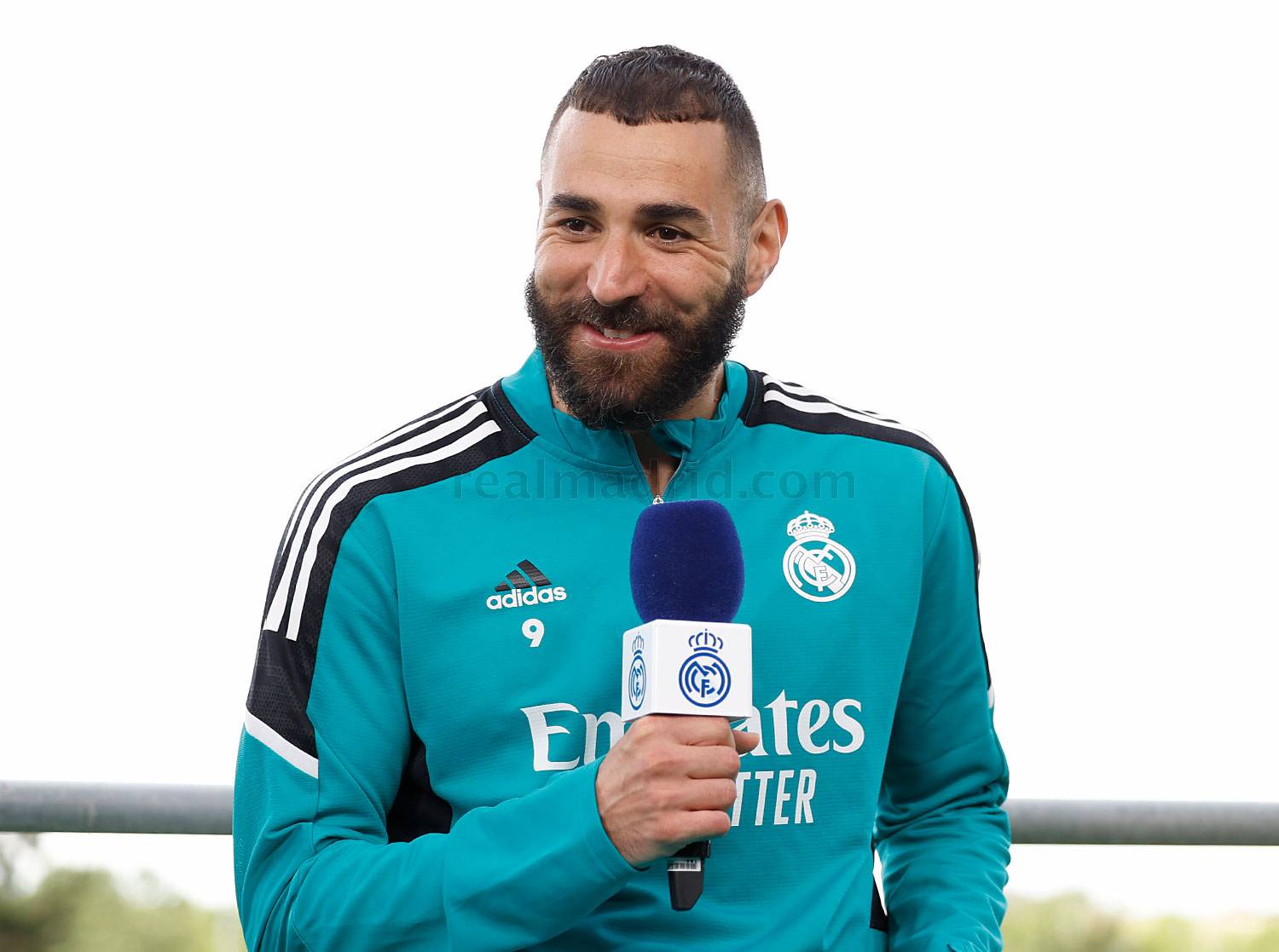 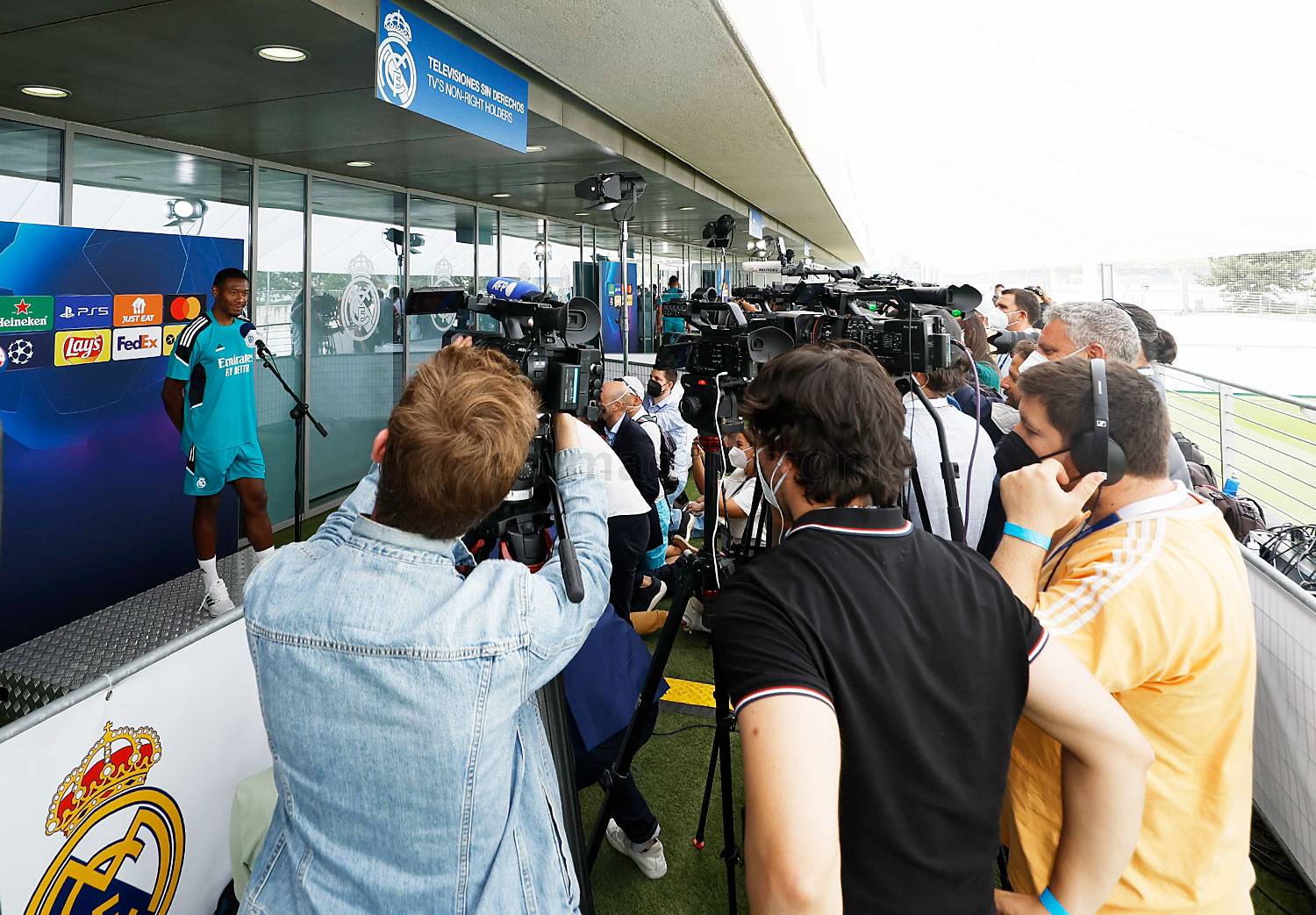 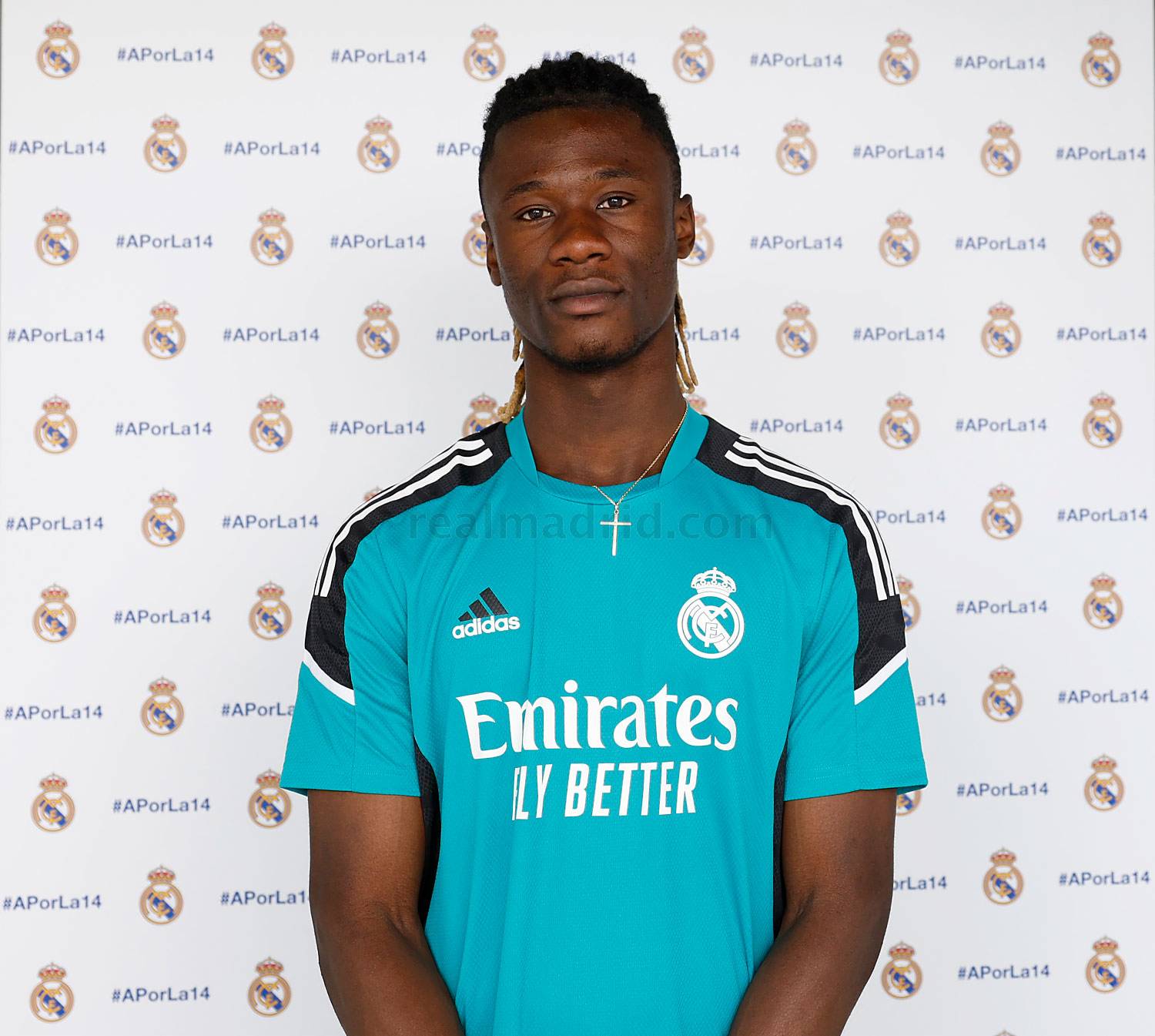 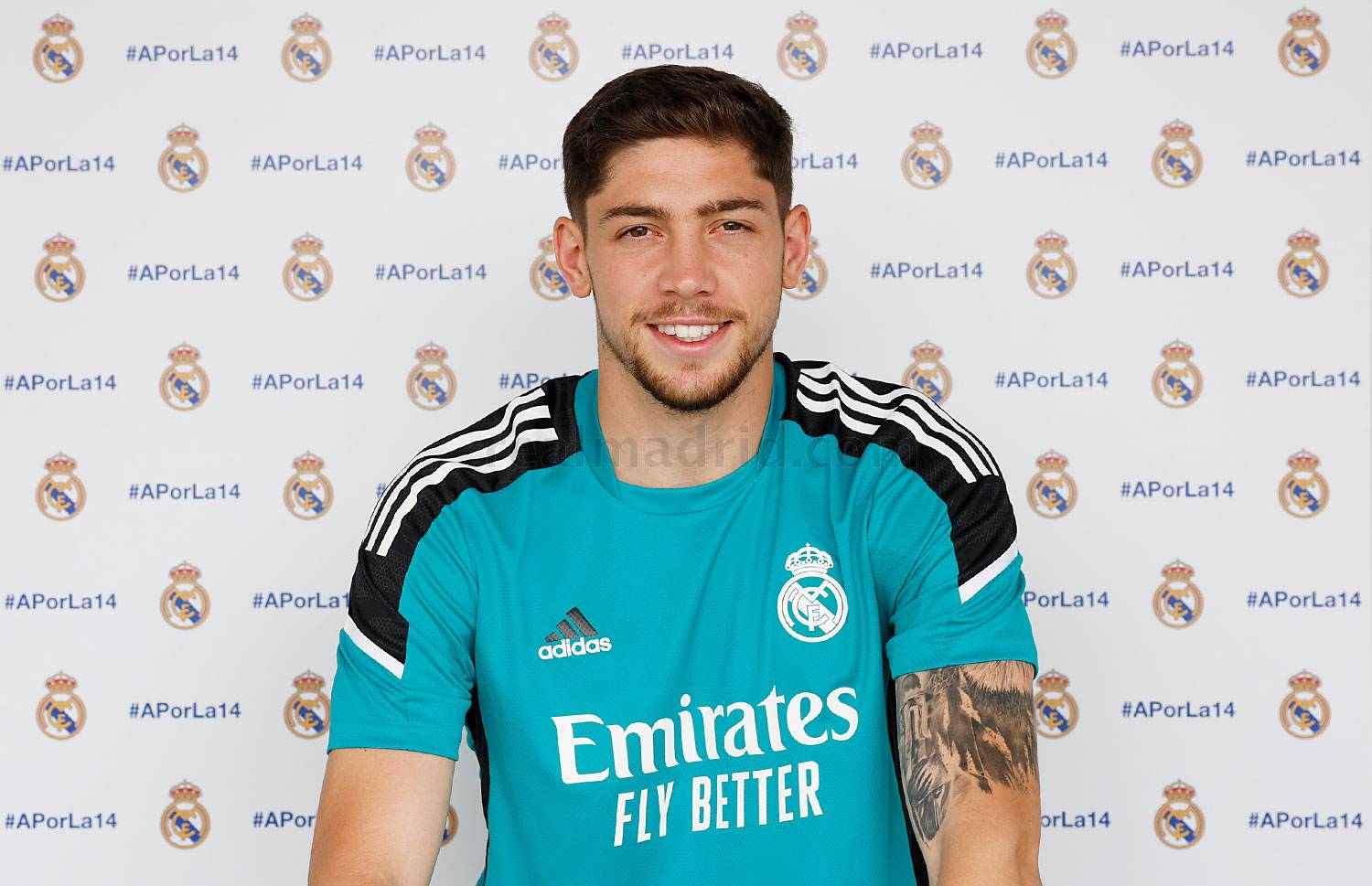