Real Madrid dropped short of a place in the Spanish Super Cup final after losing to Barcelona in Mérida. The azulgranas went ahead in the first half through Pina, but Weir levelled with a stunning free-kick. In extra-time Mariona put Barça ahead from the spot before Paralluelo put the game to bed.

Barcelona got underway with a high press, creating a series of chances, but Misa was in fine form to keep the score at 0-0. There was nothing the keeper could do to keep out Pina's effort on 24 minutes though, and the teams headed in for half-time at 1-0. After the restart, Real Madrid pushed up in search of an equaliser, and their relentless efforts paid off on 54’ when Weir struck an unstoppable free-kick to make it 1-1. With an hour gone, Barcelona were reduced to ten after Paredes was shown a second yellow card. Madrid moved into a dominant position, causing more problems up top, but despite chances falling to both teams, the 90 minutes ended all square and extra-time beckoned.

Out of luck
There would be 30 minutes to book a place in the final and our team continued to press forward. Ivana could have made it two for Madrid with a cross-shot that ended up in Paños' gloves, before Athenea came within inches on 108’ but her effort flew just the wrong side of the post. Three minutes later, Barcelona made it 2-1 when Mariona converted from the spot after Teresa had brought down Bronze. Then, in the final minute, Paralluelo made sure of the result, making it 3-1. 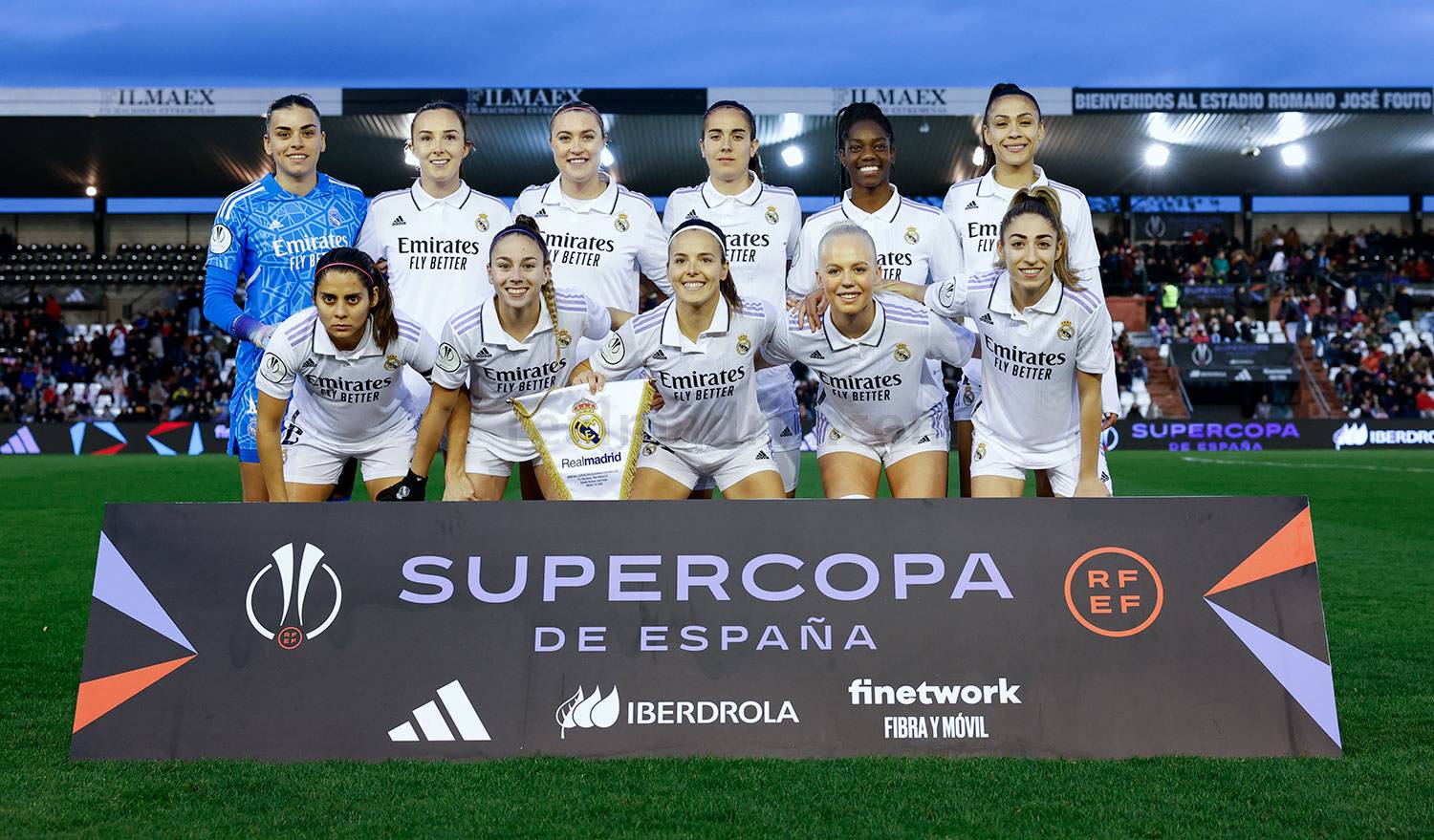 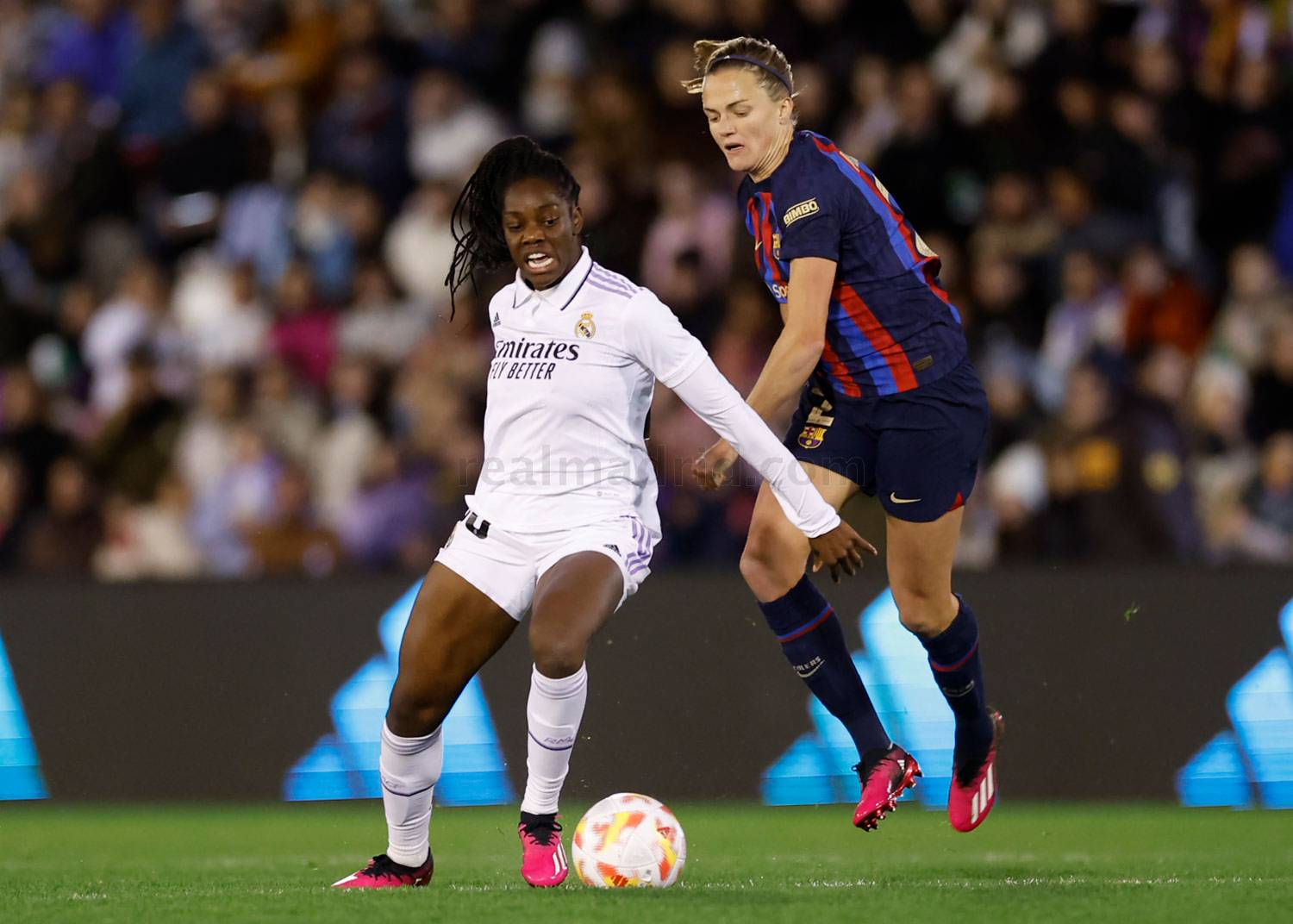 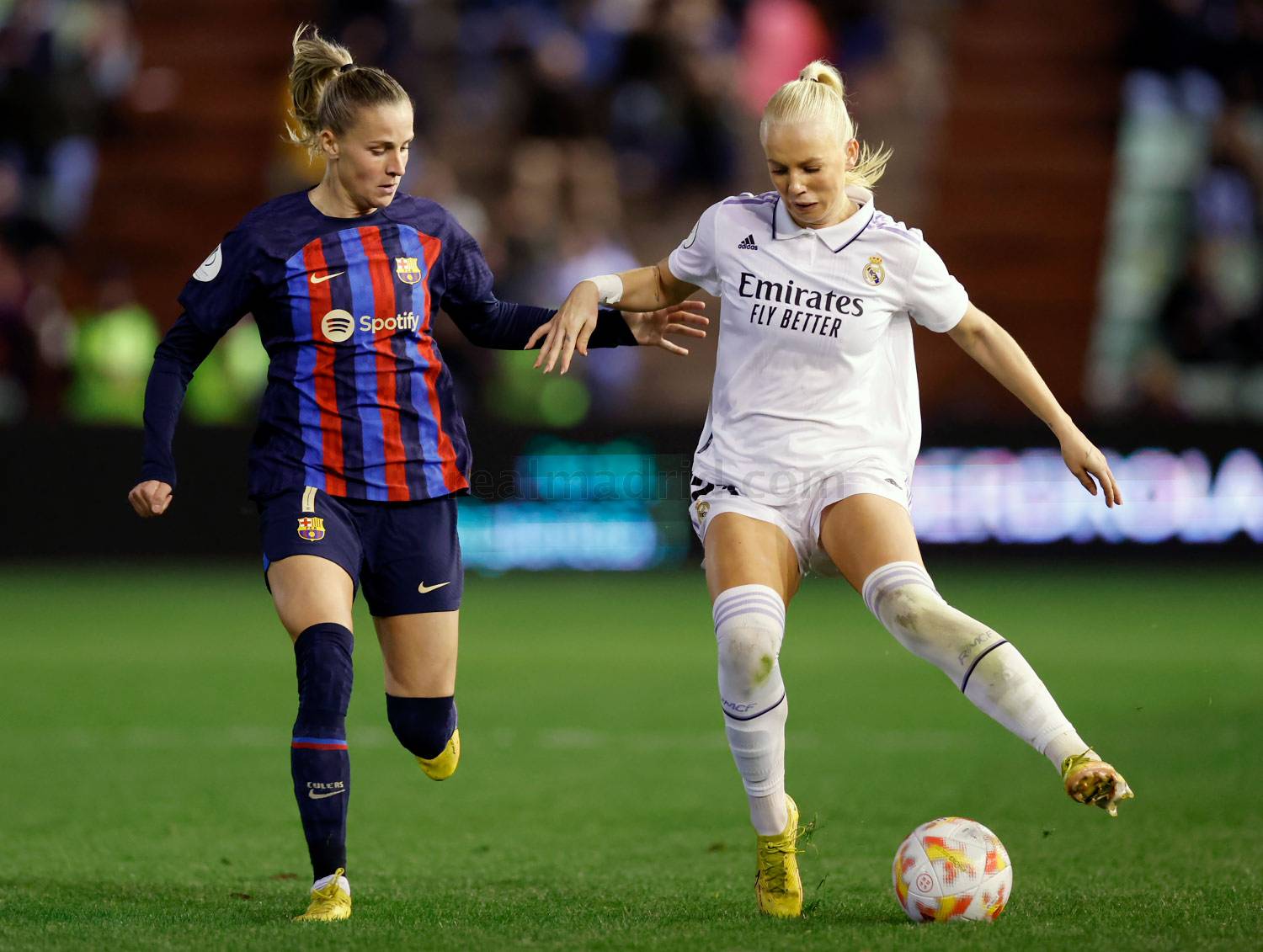 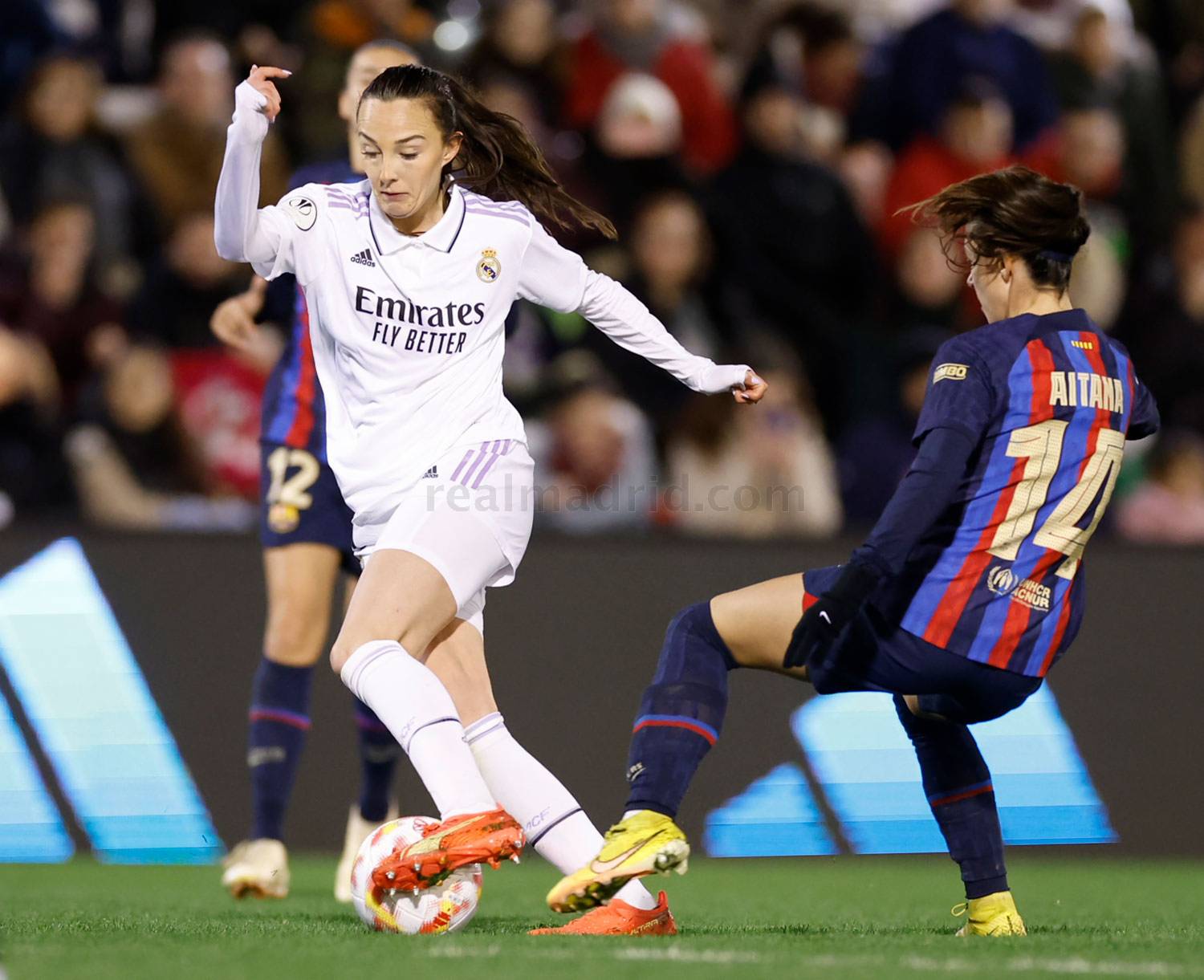 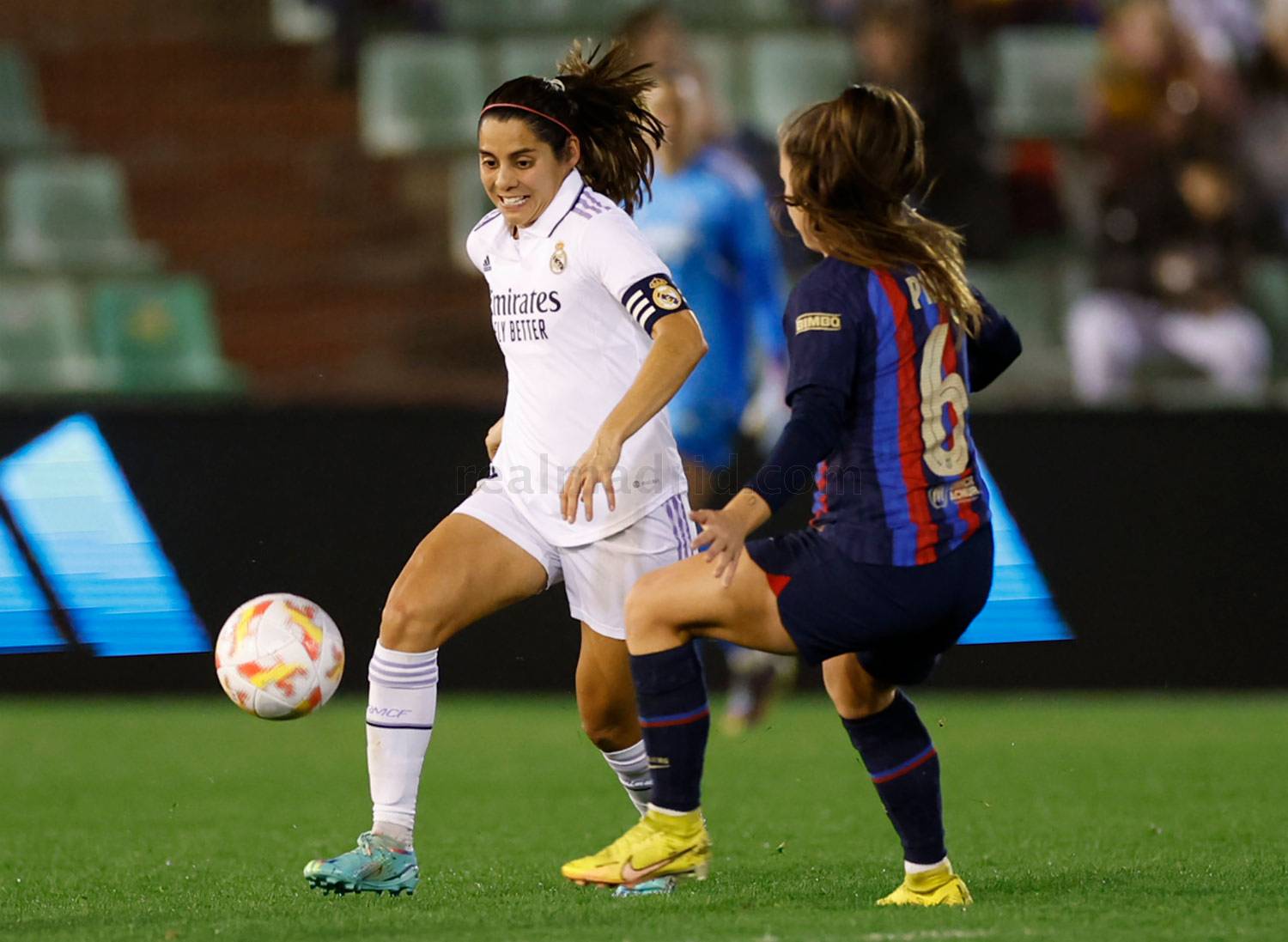 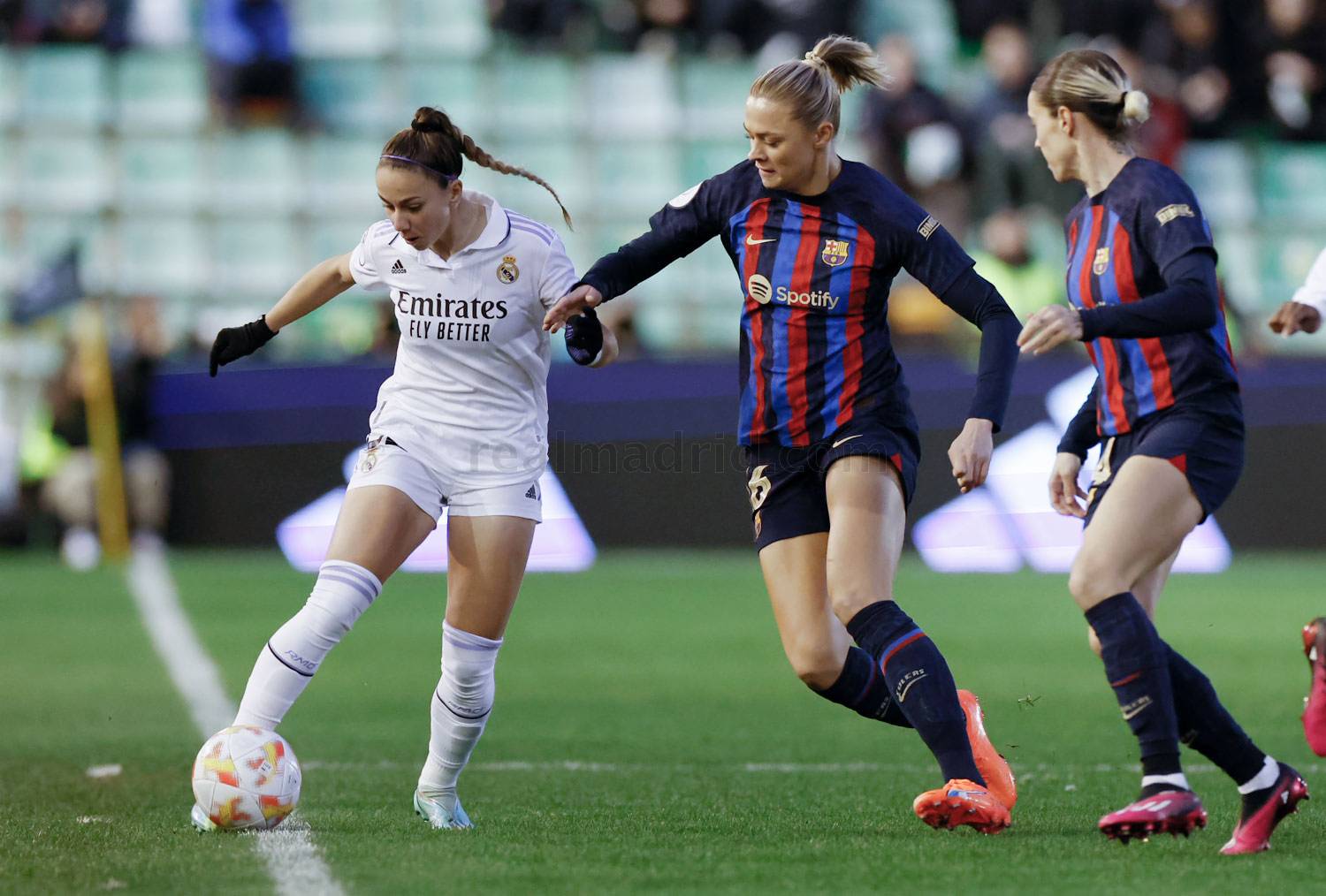 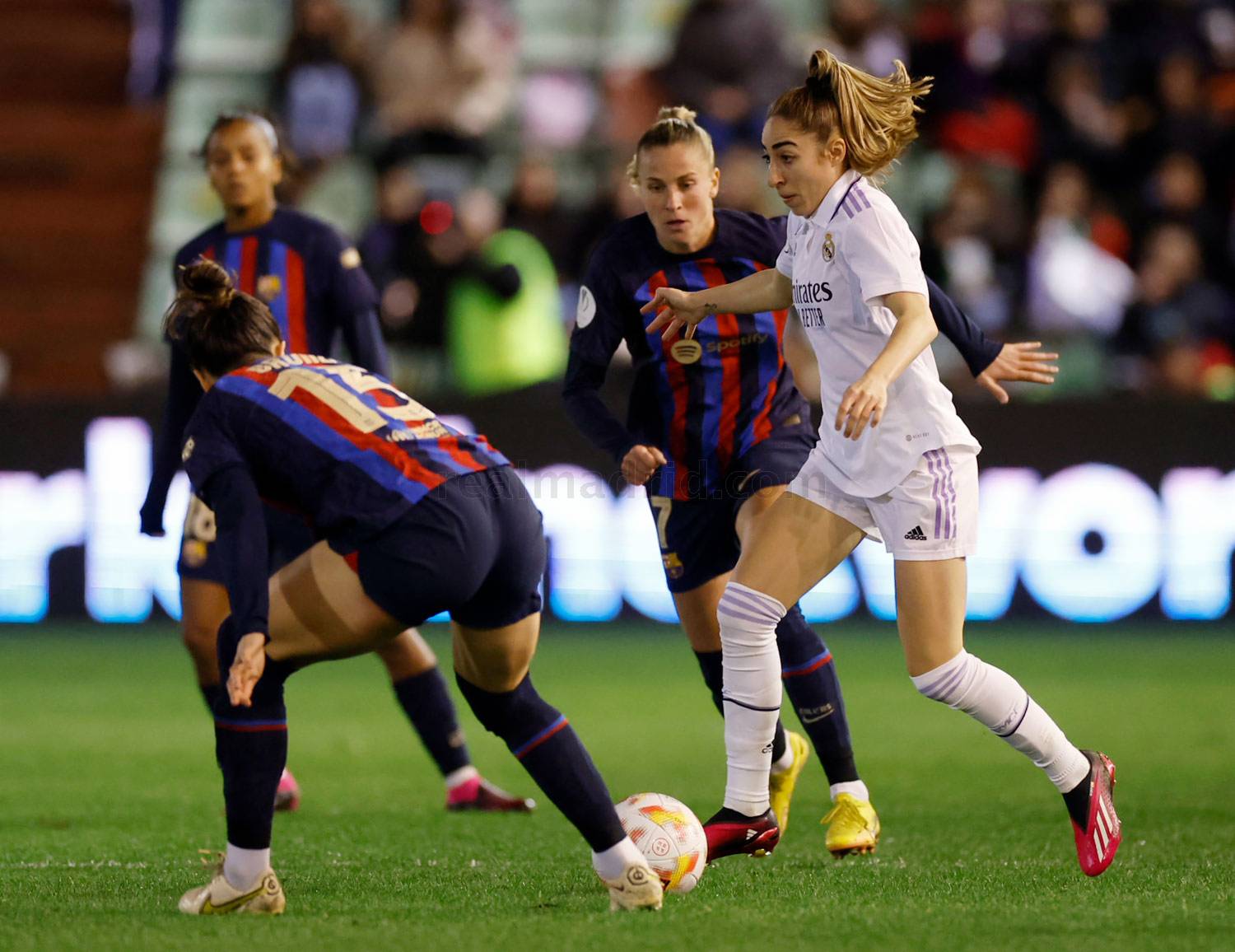 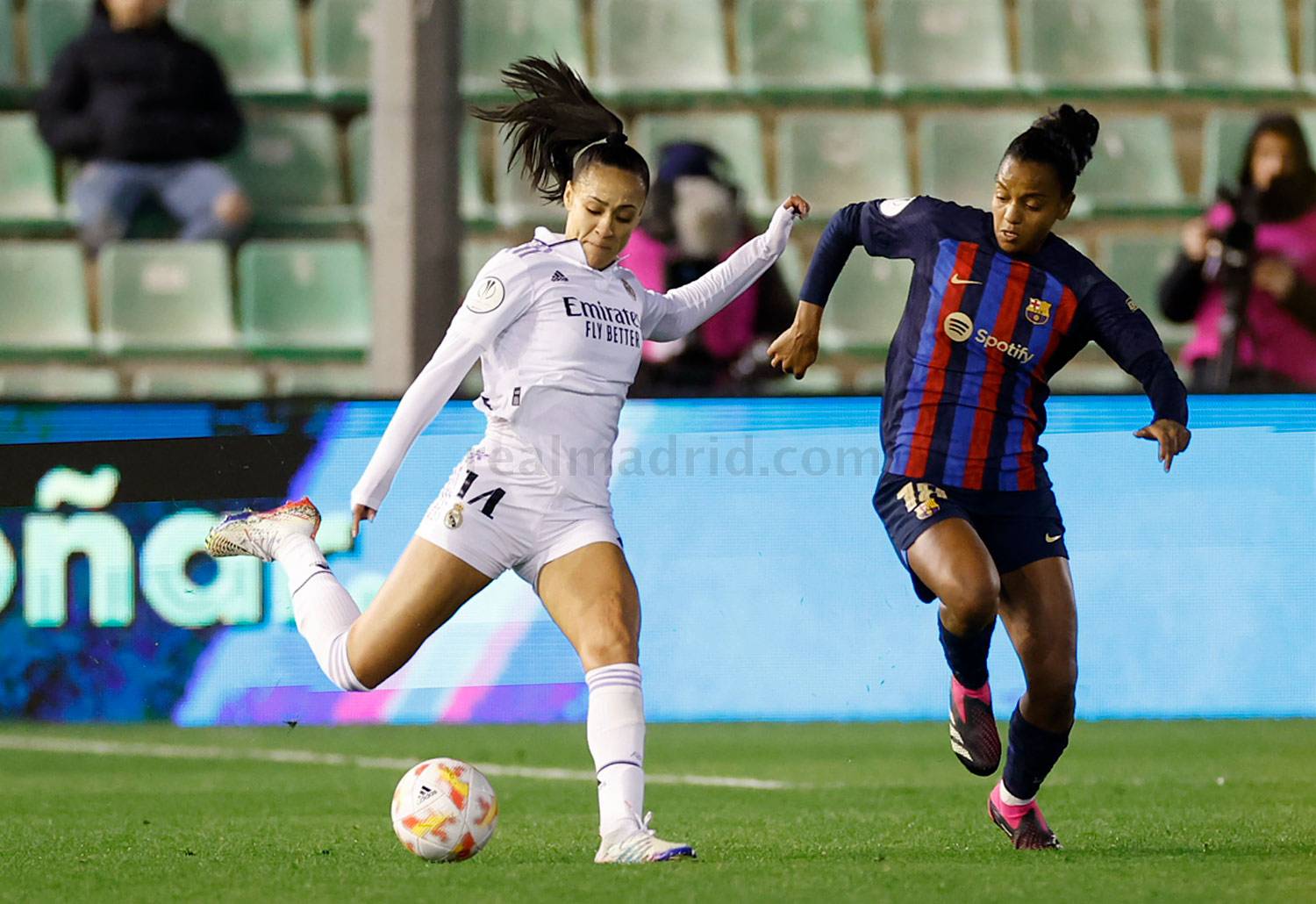 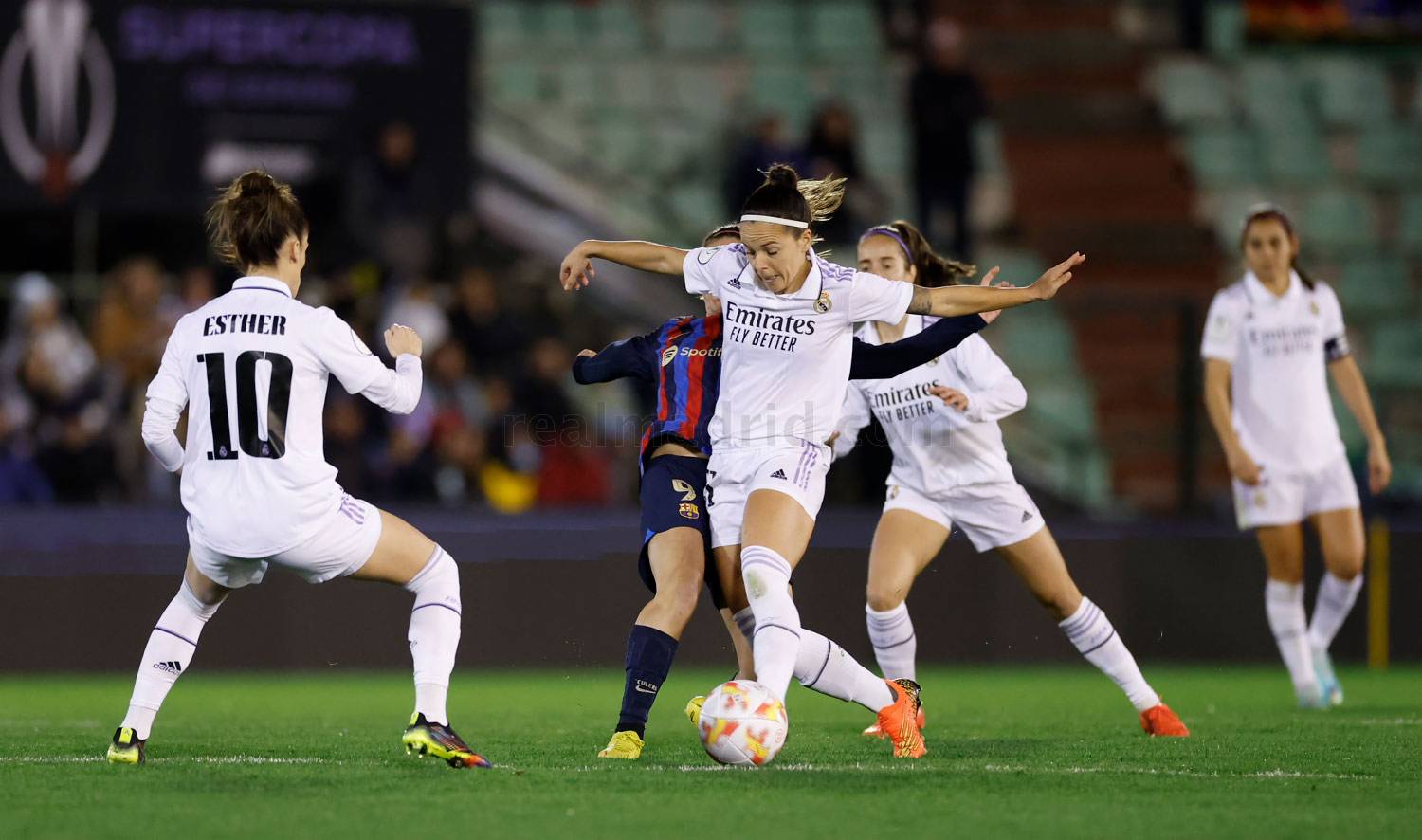 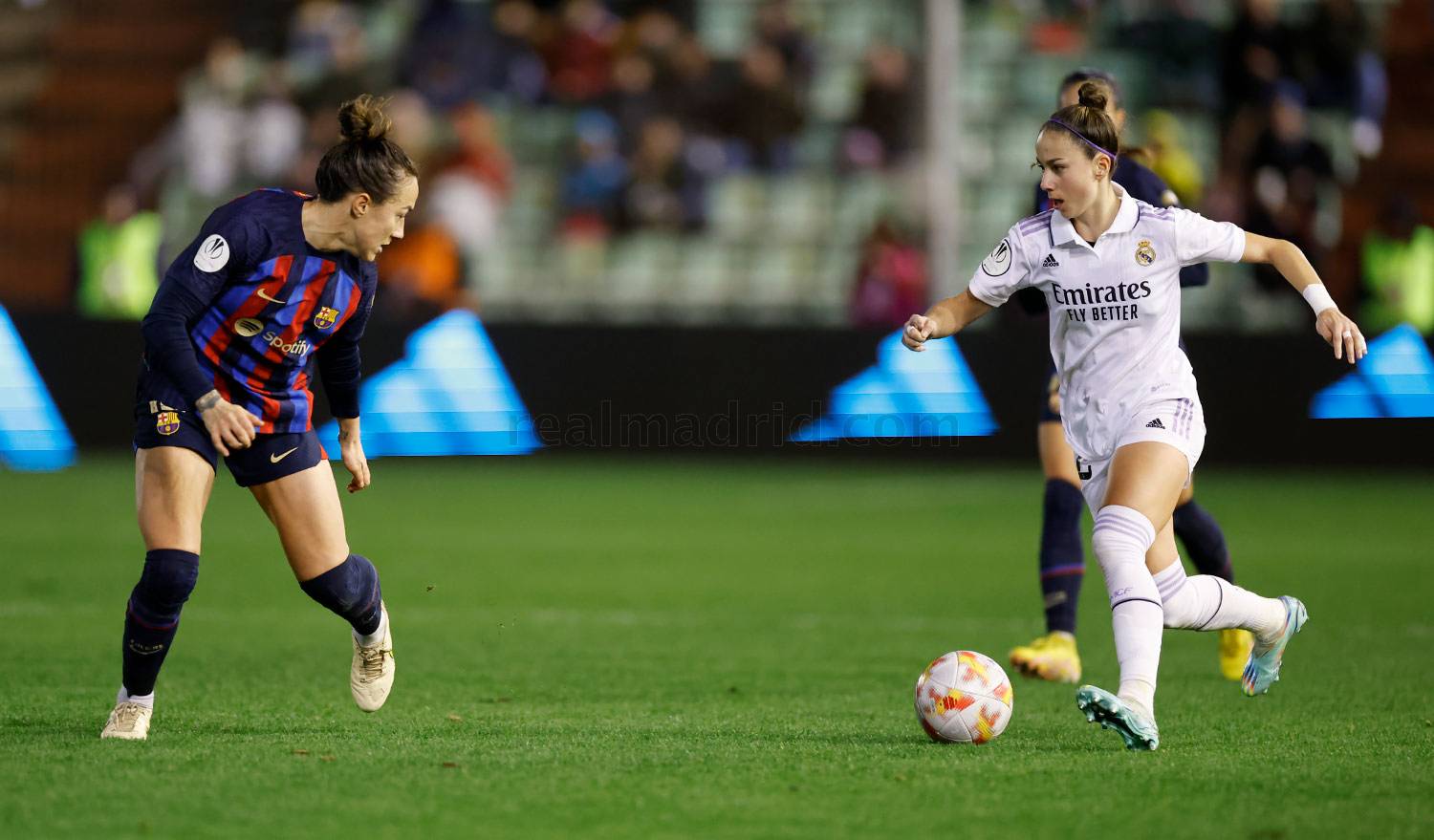 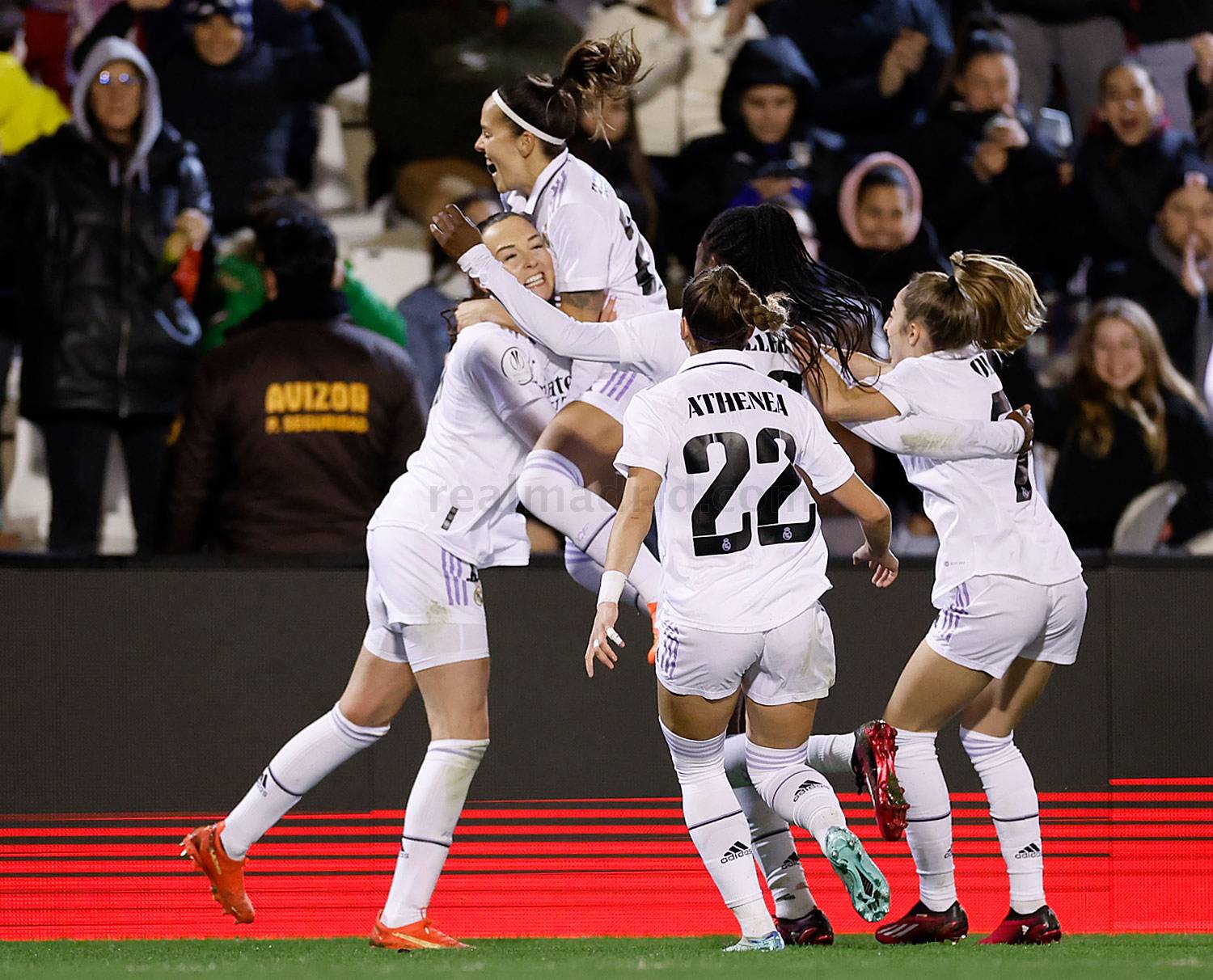 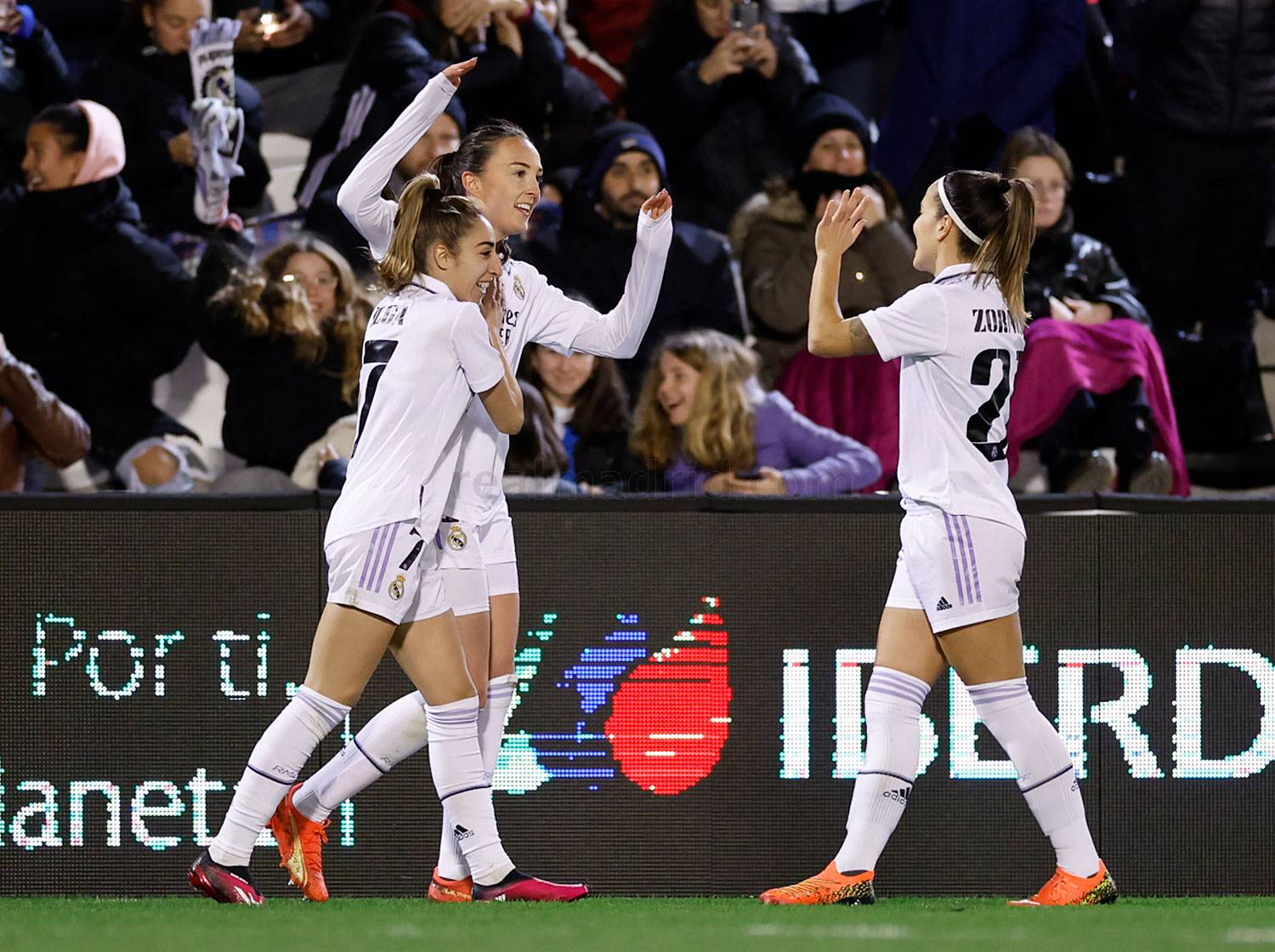 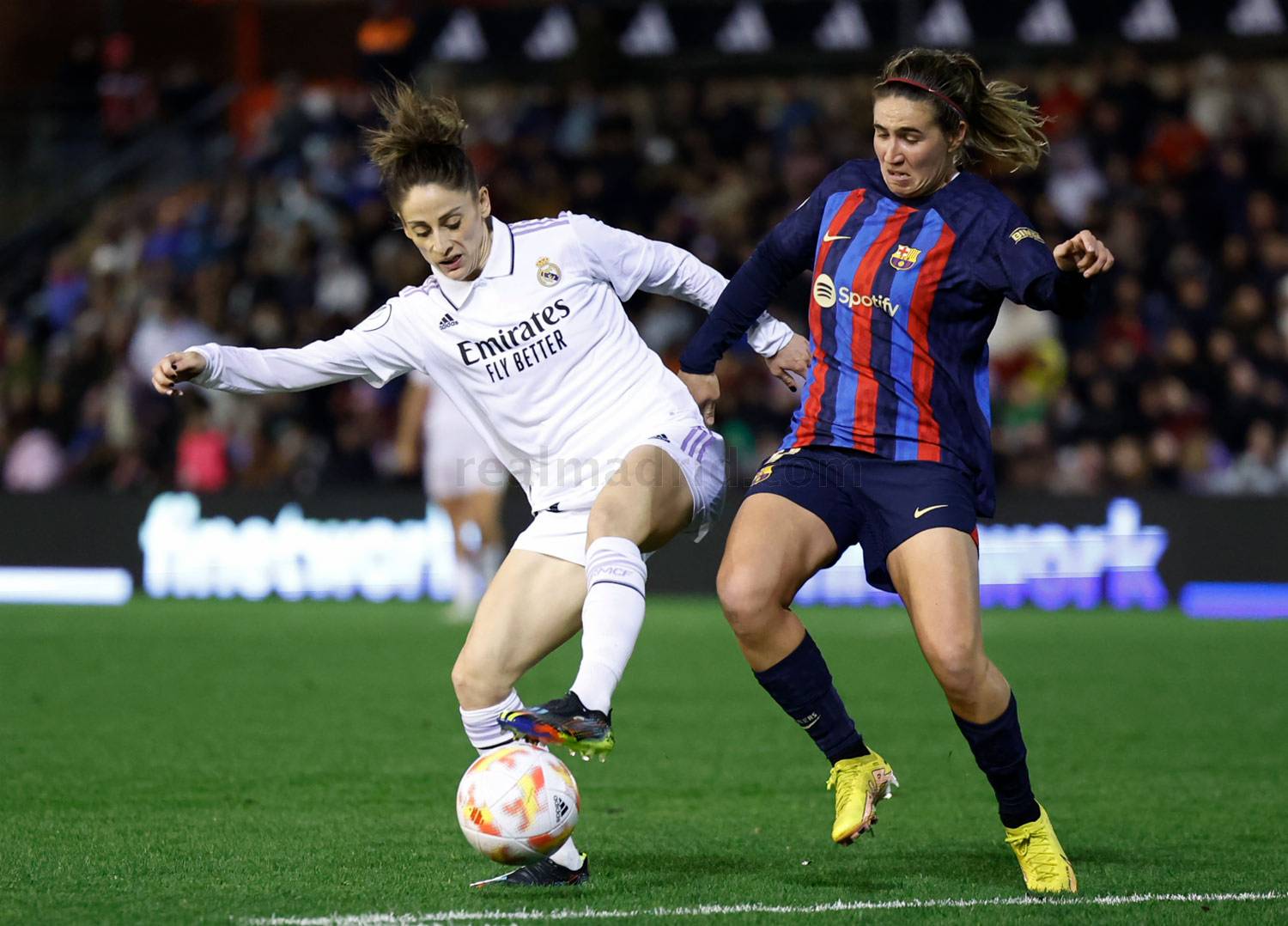 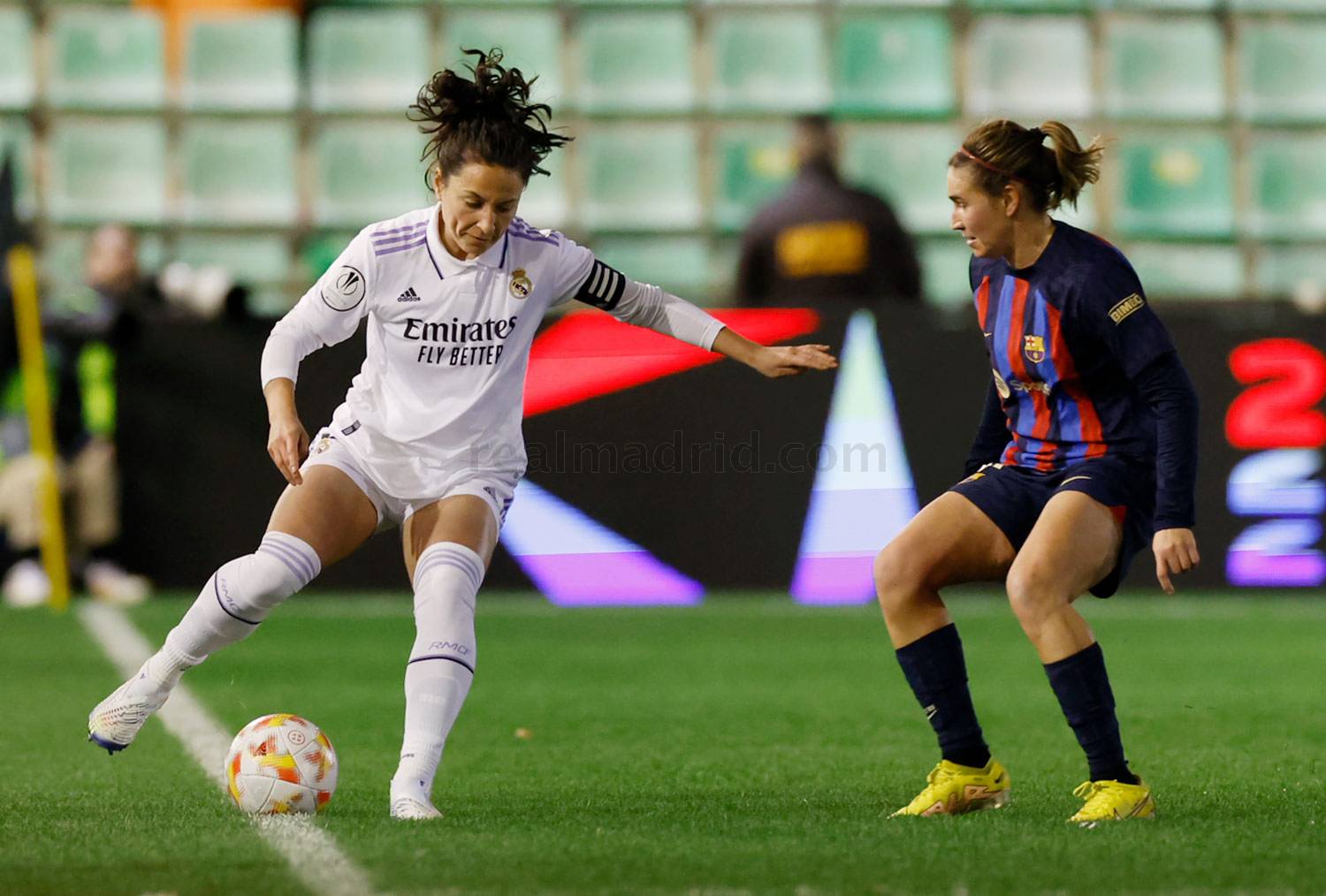 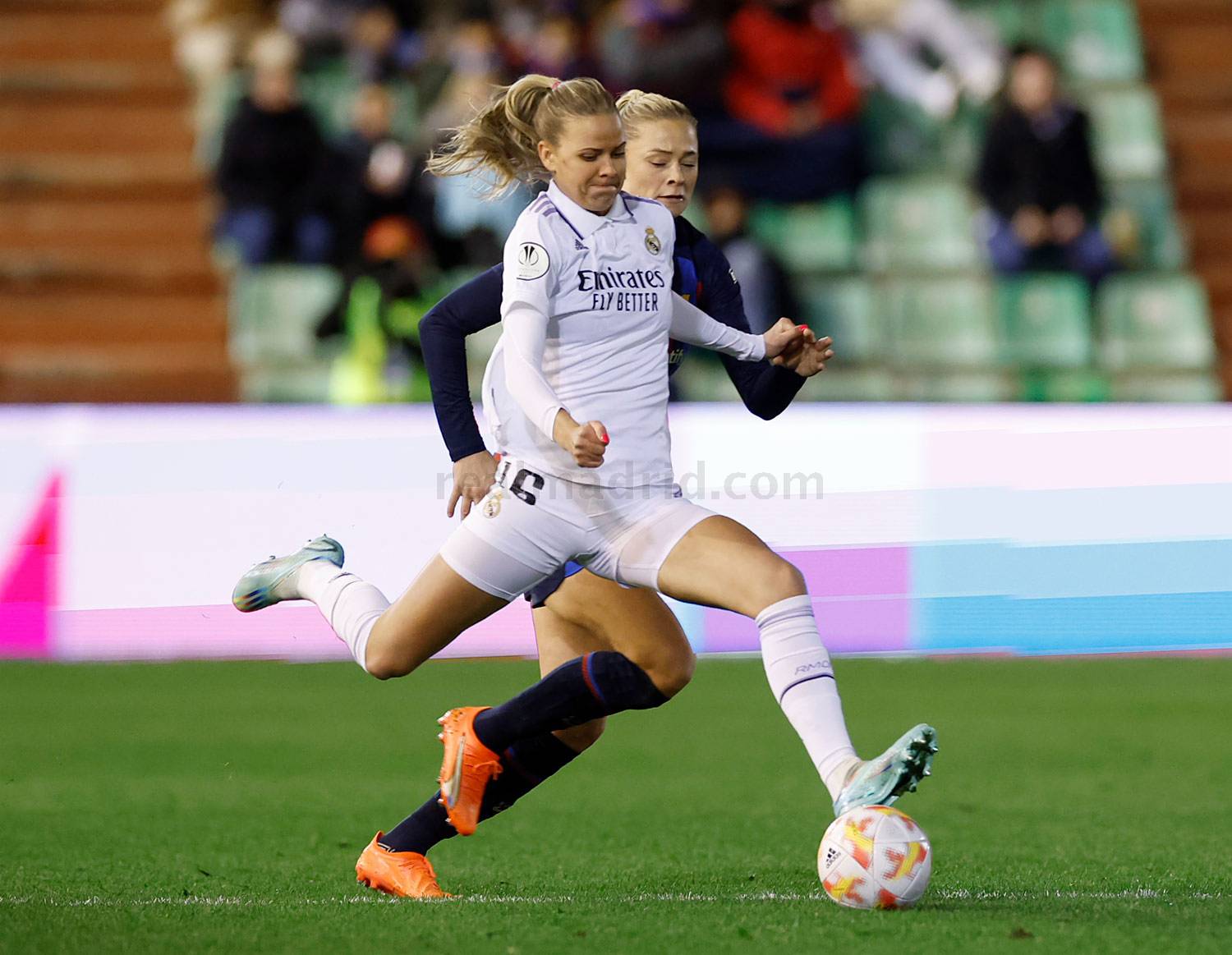