Win for the under-19s to conclude the Group Stage 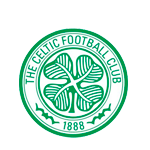 The youngsters beat Celtic thanks to goals from Iker Bravo, Yeray, Pol and Nico Paz and will now wait to find out their opponents in the round of 16.

A convincing win for the Under-19s against Celtic at the Alfredo Di Stéfano in the last game of the UEFA Youth League group stage. Arbeloa's boys, who had already secured their place in the last 16, went ahead in the first move of the match with a goal from Iker Bravo. The lead was doubled inside the first ten minutes when Yeray made it two. Celtic pulled one back thanks to Brooks, but Pol restored the two-goal cushion in the 29th minute and, Nico Paz got the last goal in the closing stages of the game to make it 4-1. The Real Madrid youth team ended this phase unbeaten and Group F winners, and will now wait to find out their opponents for the round of 16, which will be played in February.

Just 10 seconds was all it took for the Under-19s to take the lead, with the first move of the game. Iker Bravo got on the end of a Gonzalo's pass to open the scoring. The gap was extended seven minutes later as Yeray received a ball from Palacios on the edge of the area and fired an unstoppable shot into the top left hand corner of Oluwayemi's goal. The goalkeeper, who had been his team's best player, prevented it becoming three on three occasions shortly afterwards.

Celtic reduced the deficit in the 16th minute with their first chance of the game with Brooks getting on the end of a cross and firing home. The Real Madrid youngsters continued to look to add to their lead and did so with Pol's goal in the 29th minute. The midfielder picked up a pass from Gonzalo, who recorded his second assist, and powered away from the defence and finished well when one-on-one with the keeper.

Arbeloa took advantage of the scoreline to make substitutions and rest regulars such as Palacios, who has scored or assisted in every game he has played in this season's Youth League (5 goals and 2 assists). One of those substitutions Nico Paz followed his teammate and scored his fifth goal in the European competition with a well-struck goal from outside the area after a pass from Iker Bravo. Our team didn't take their foot off the gas during the second half and looked to create more chances until the end of the game, finishing with a total of 28 compared to three for the Scots. 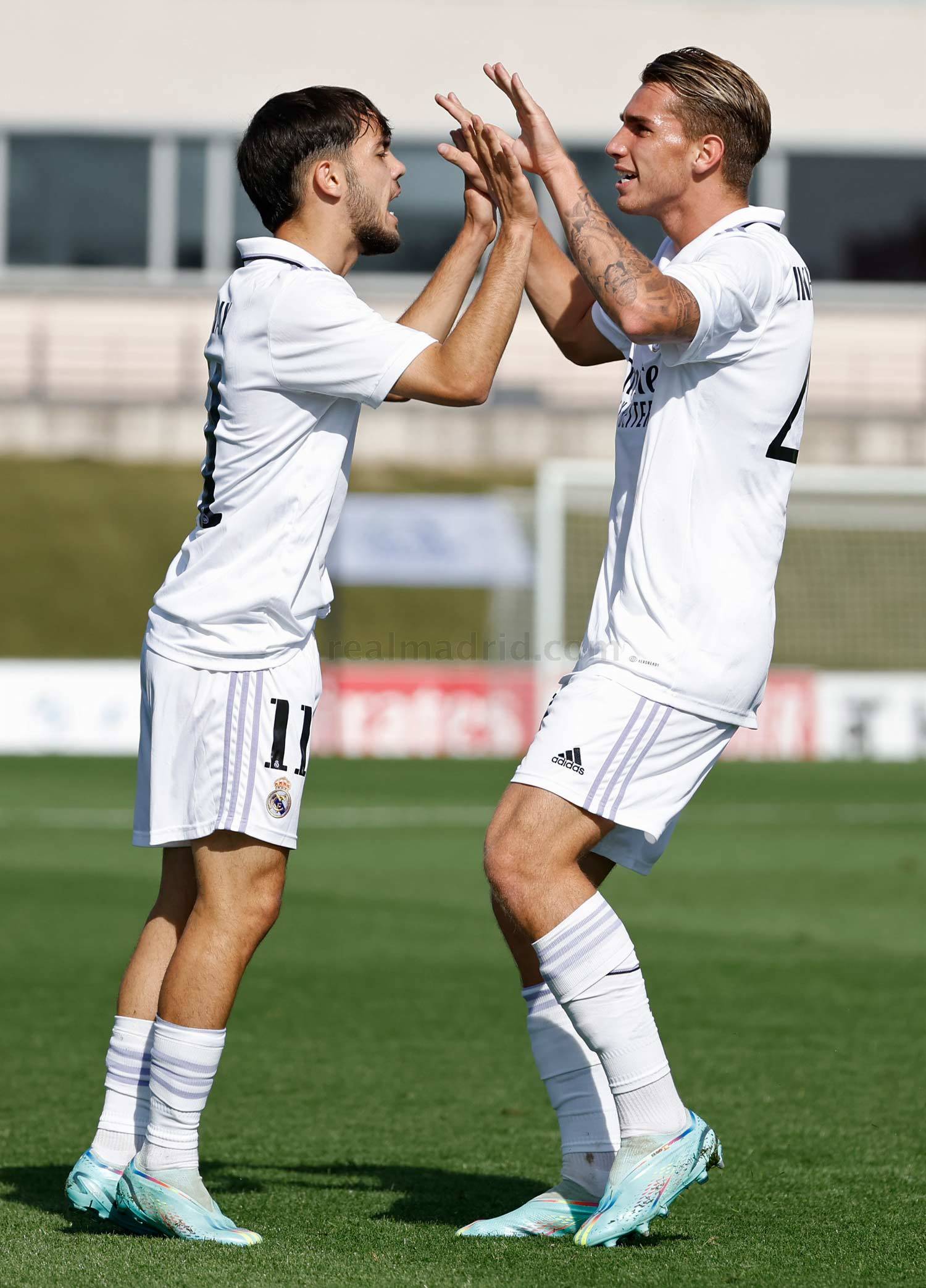 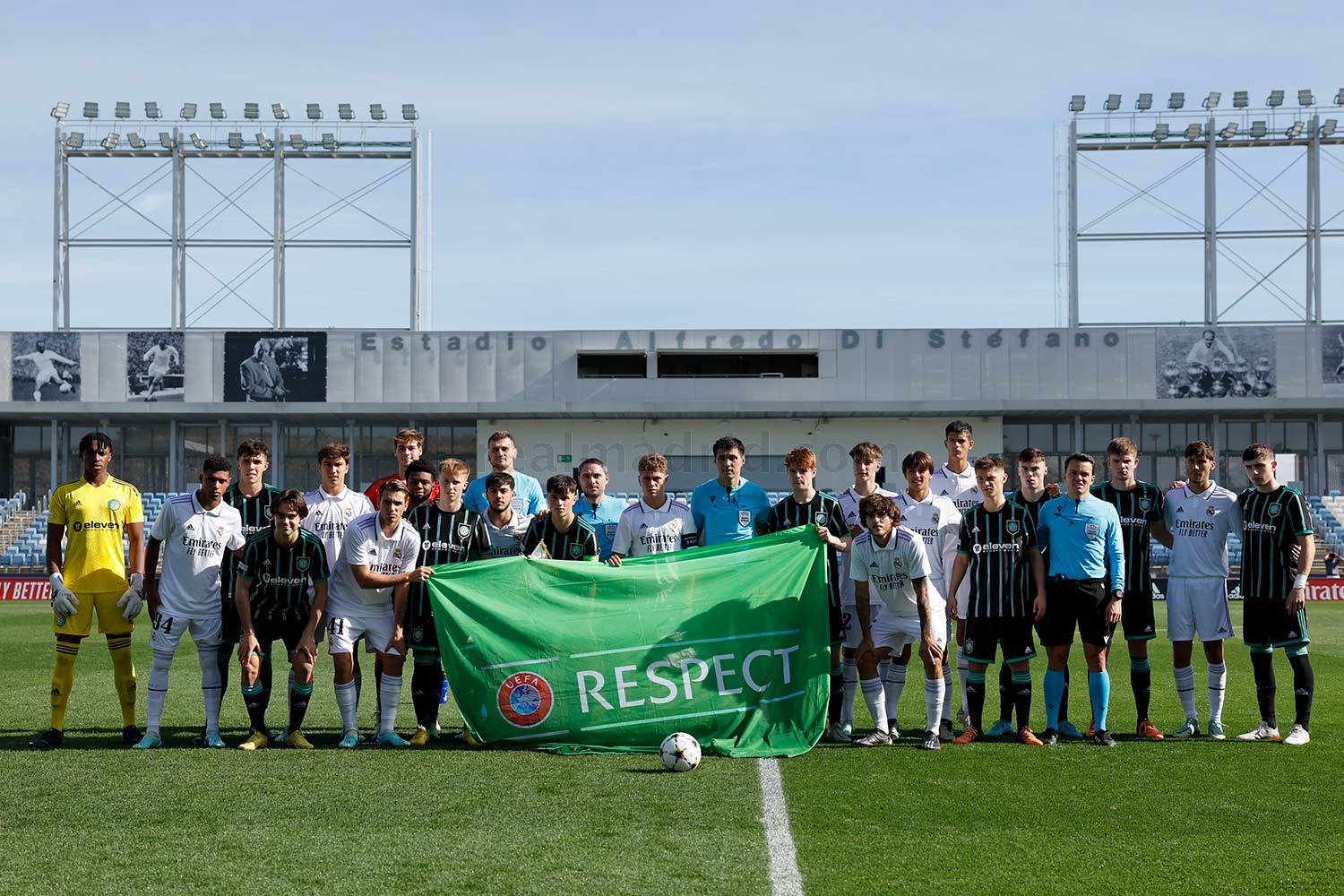 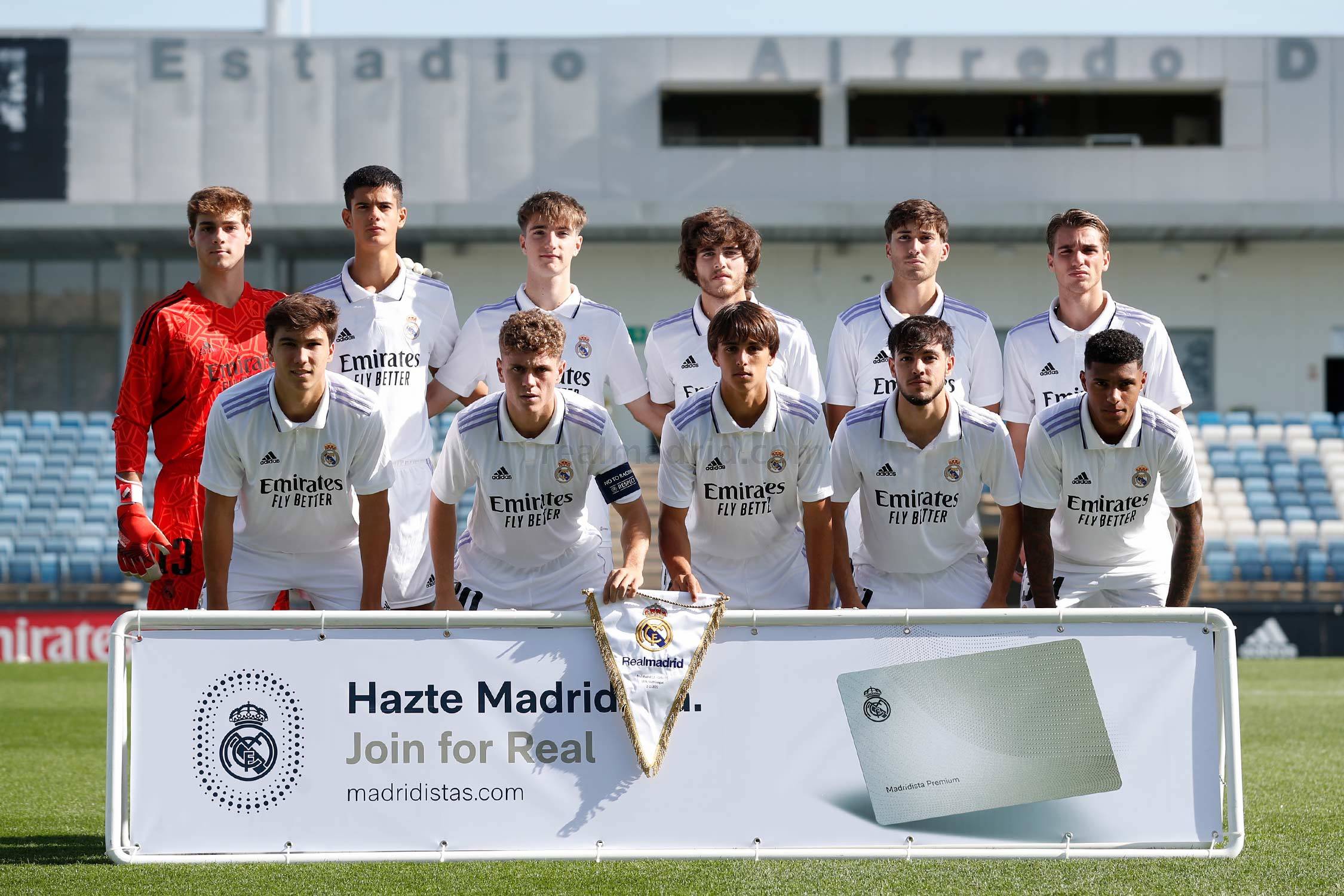 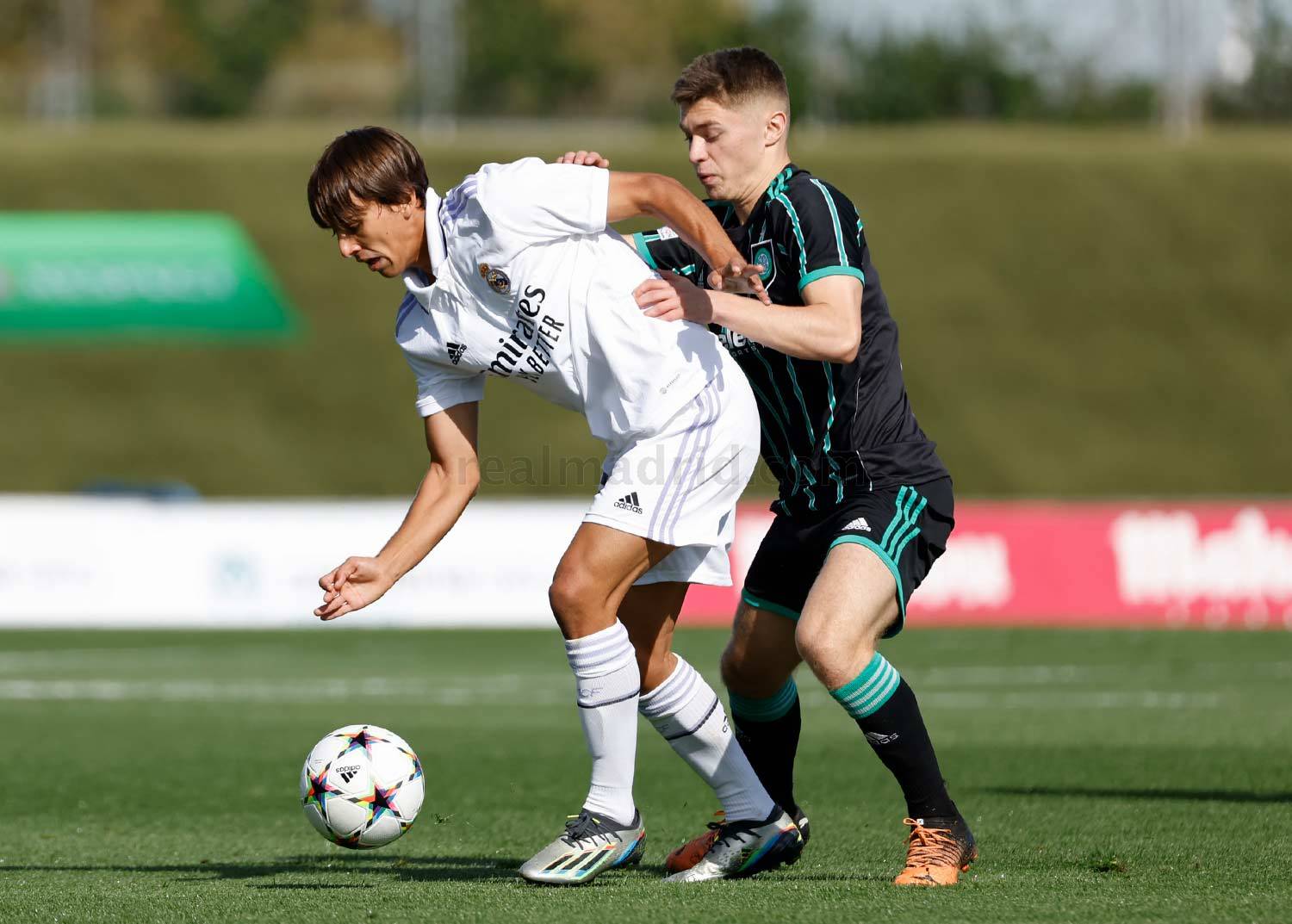 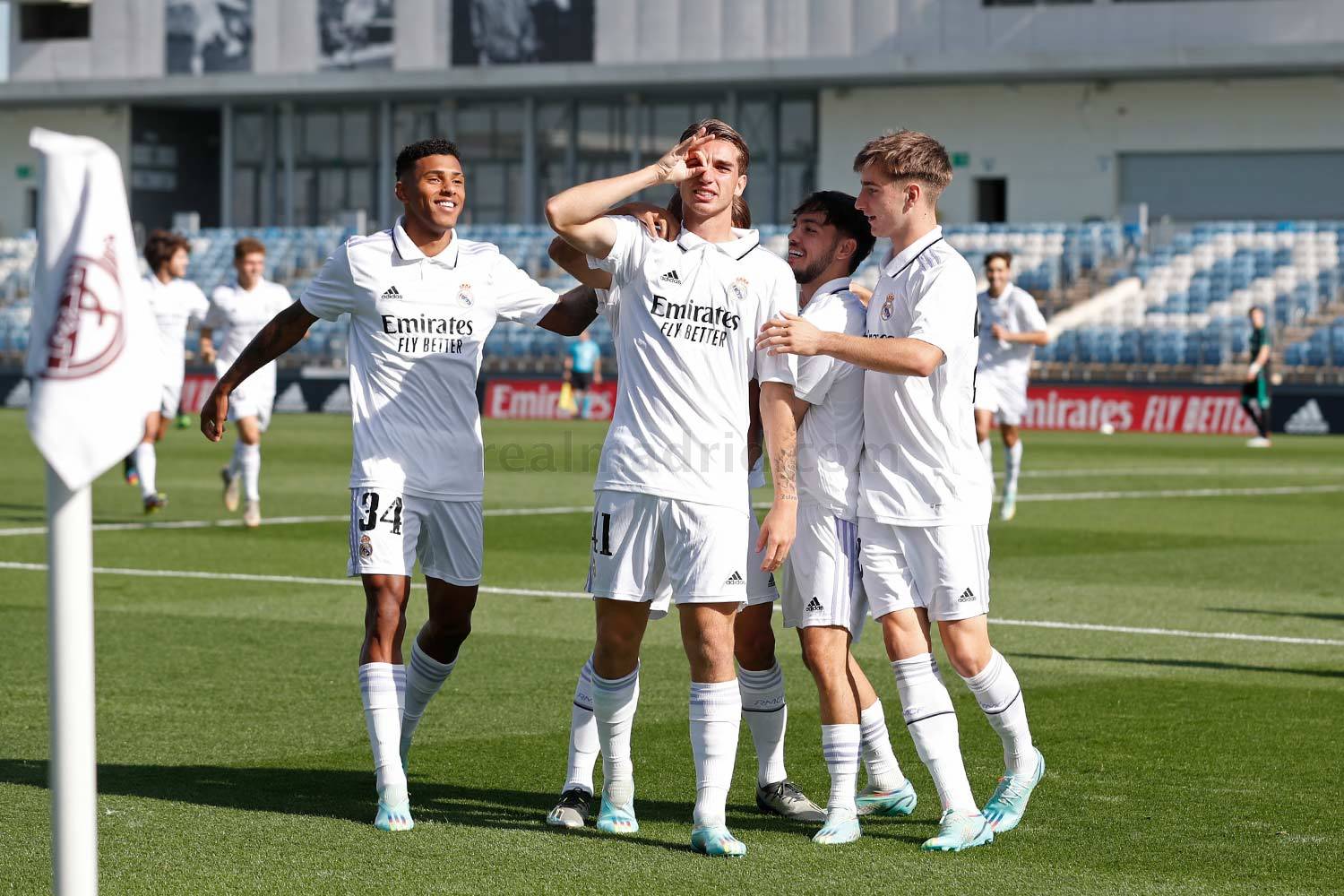 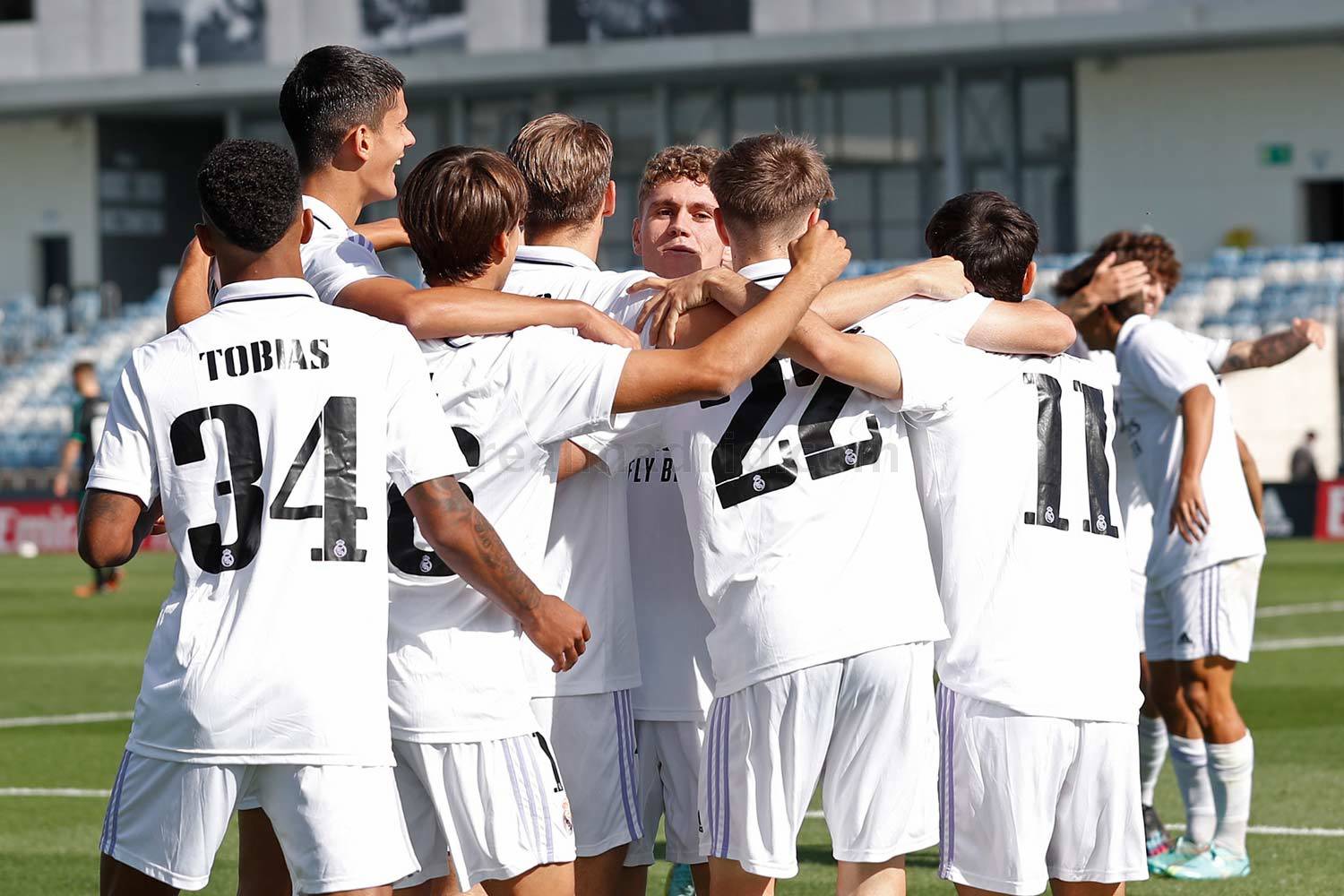 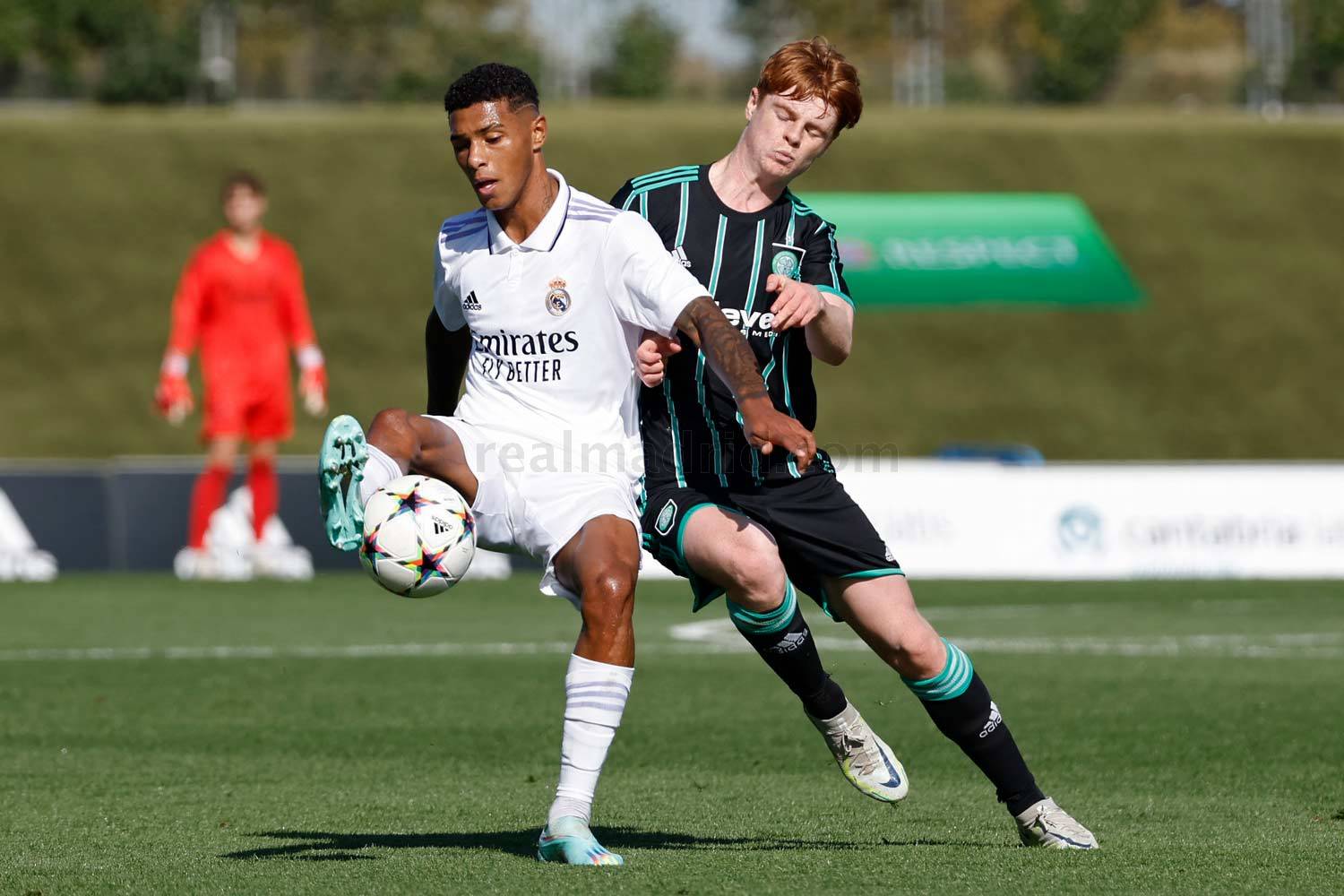 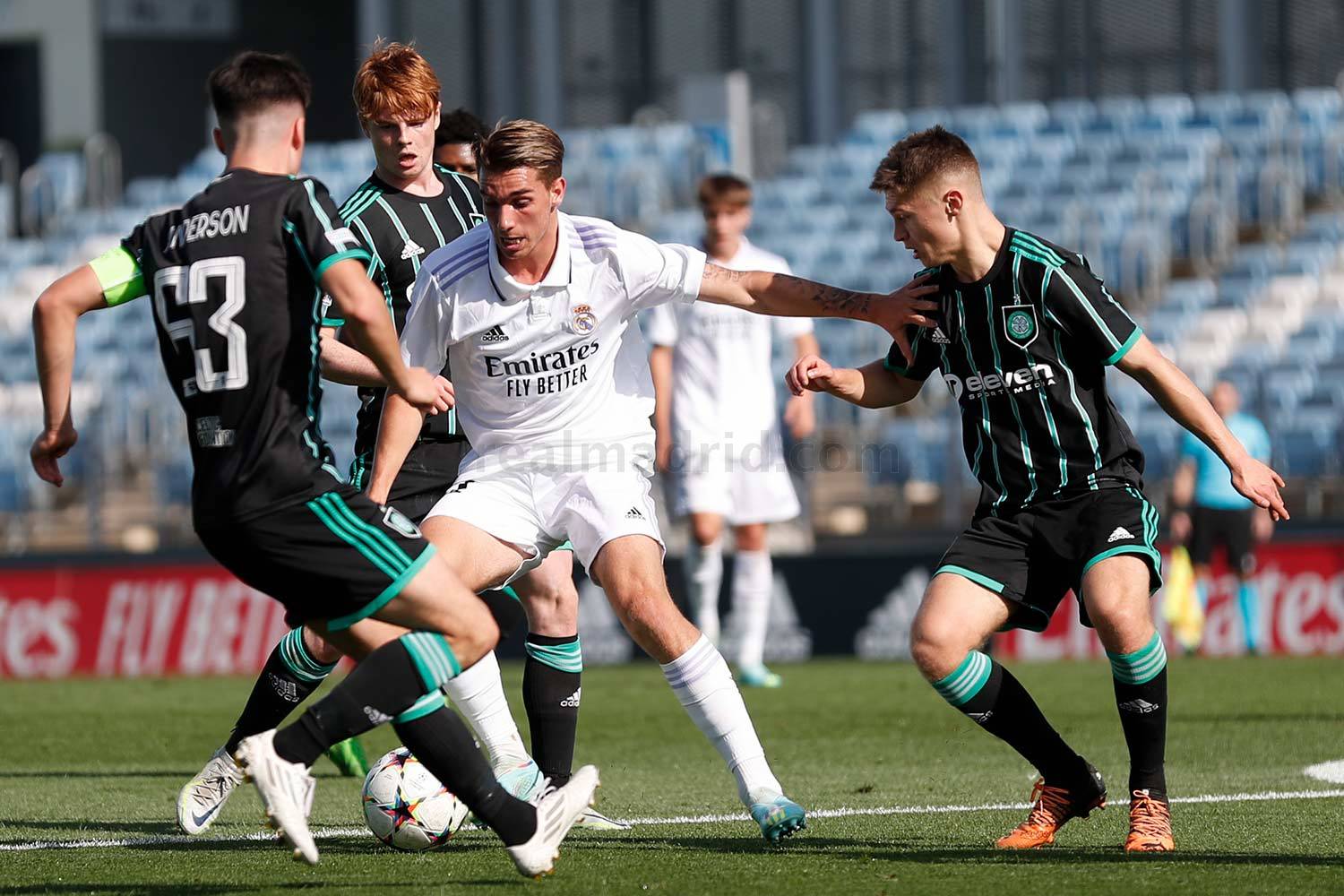 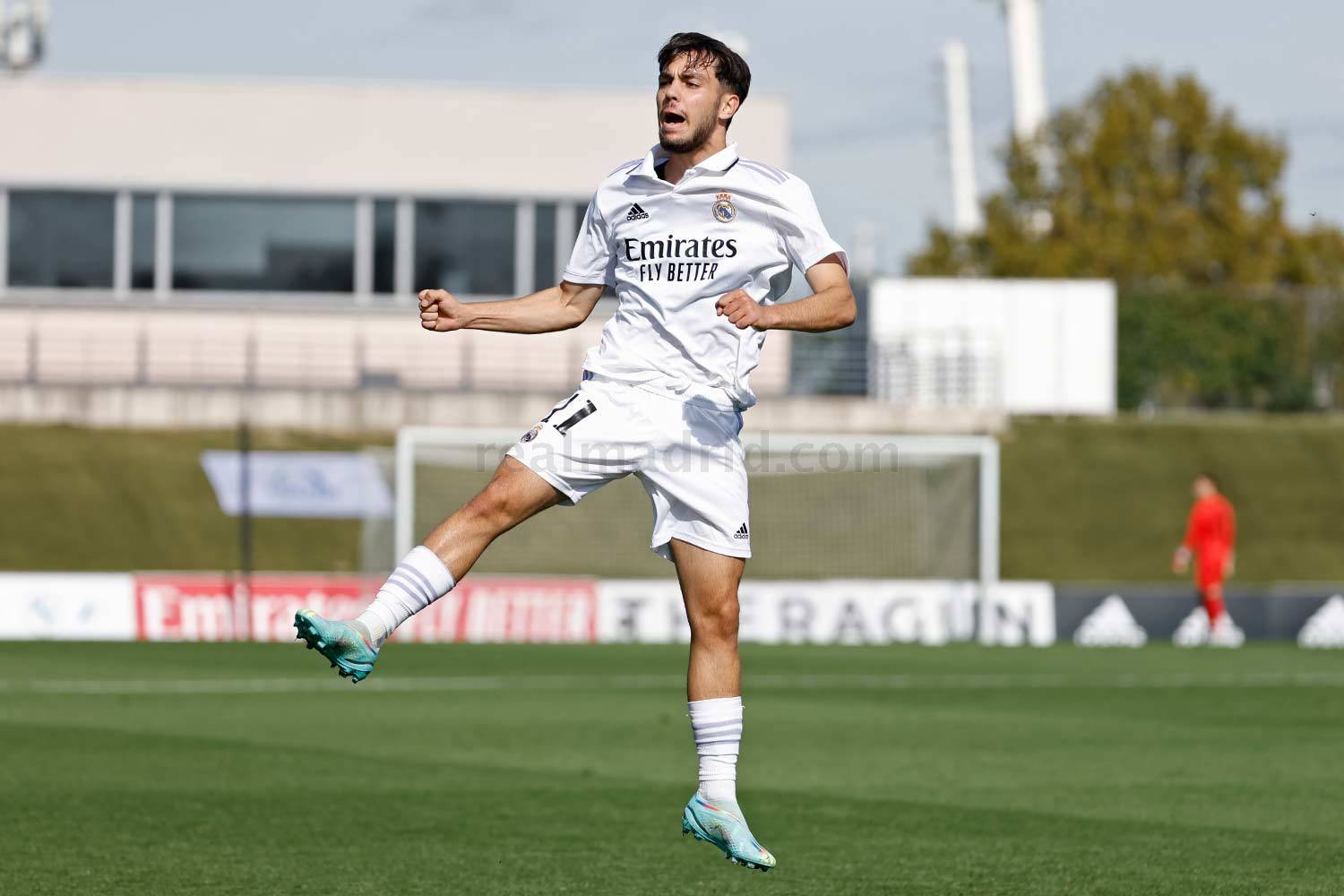 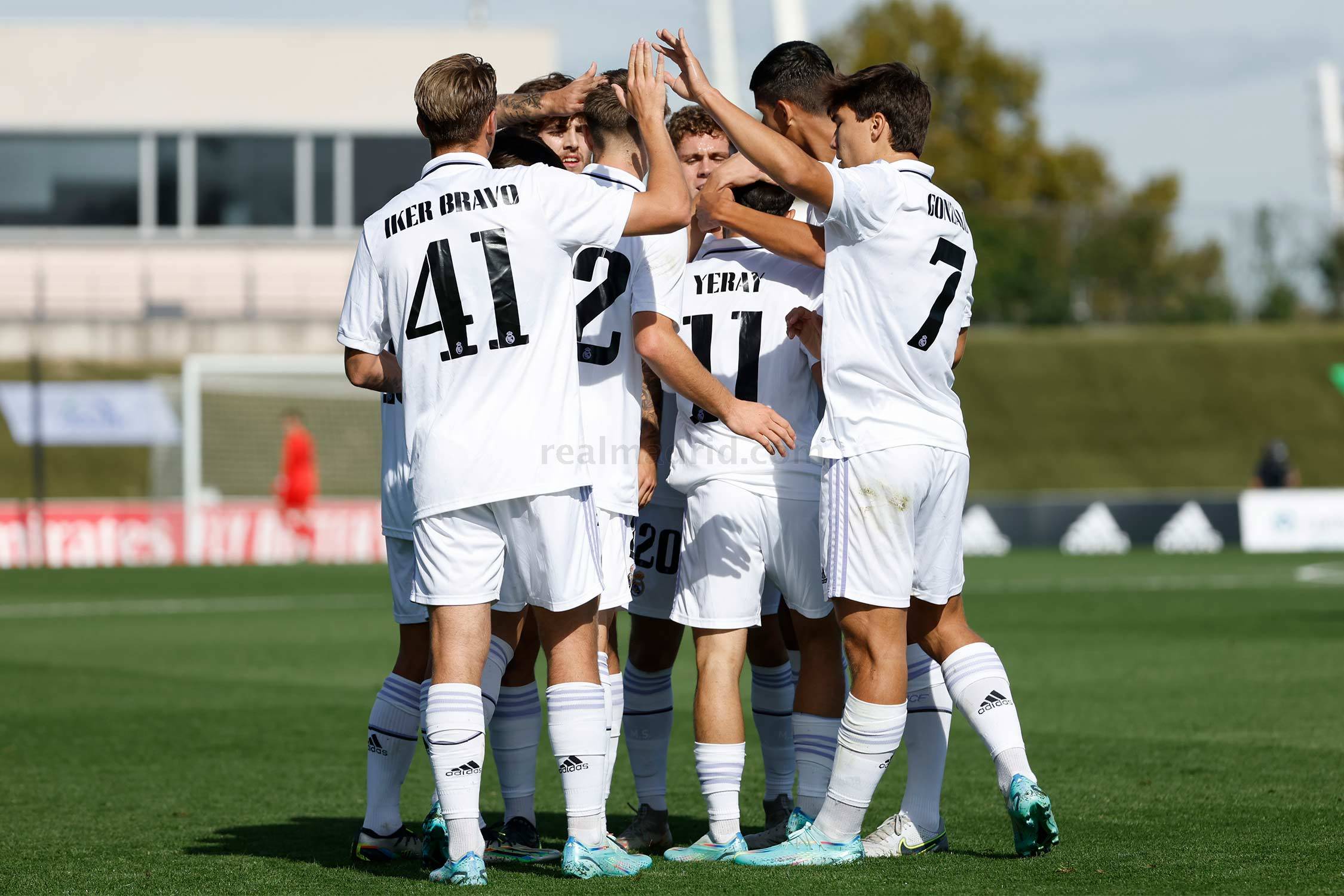 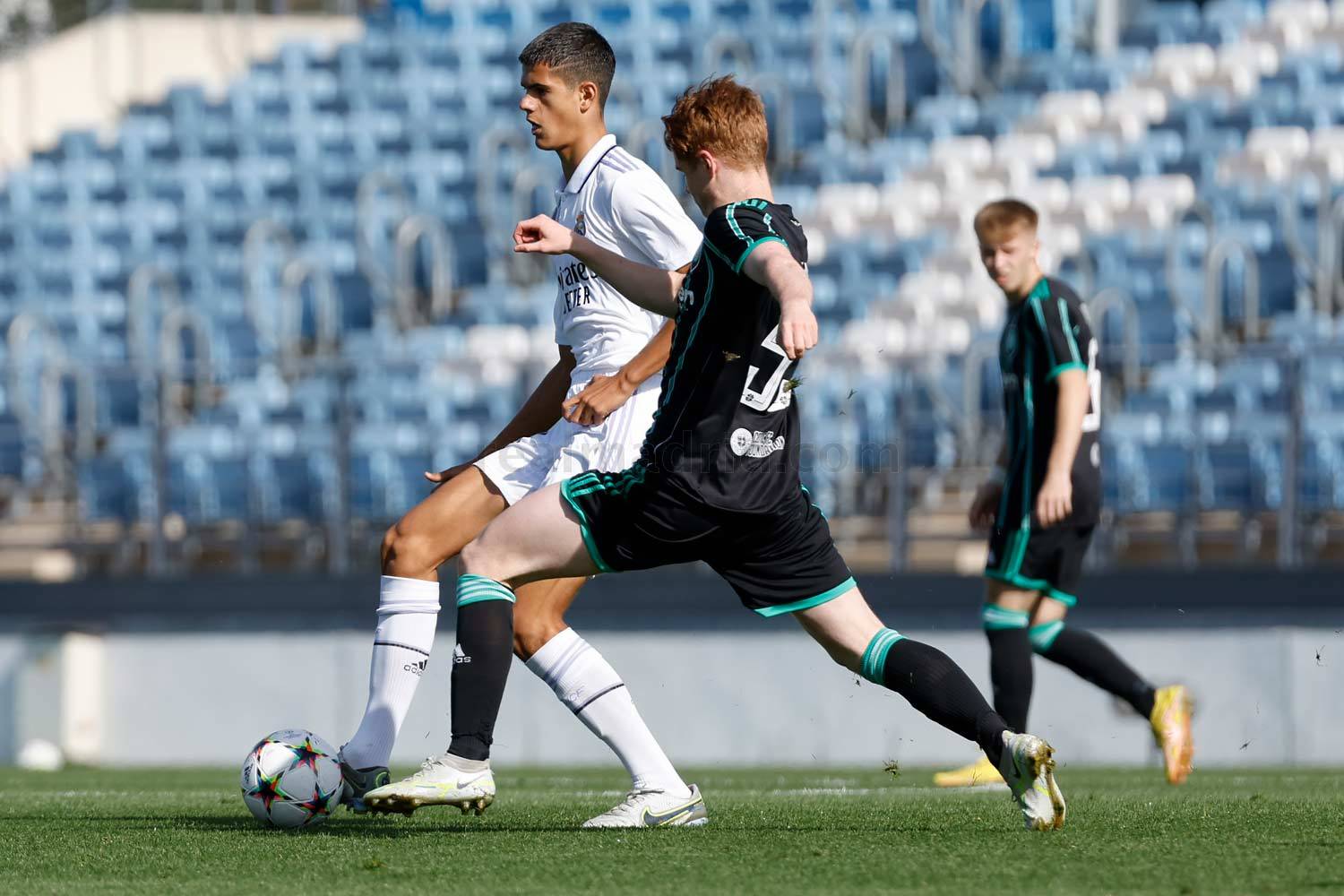 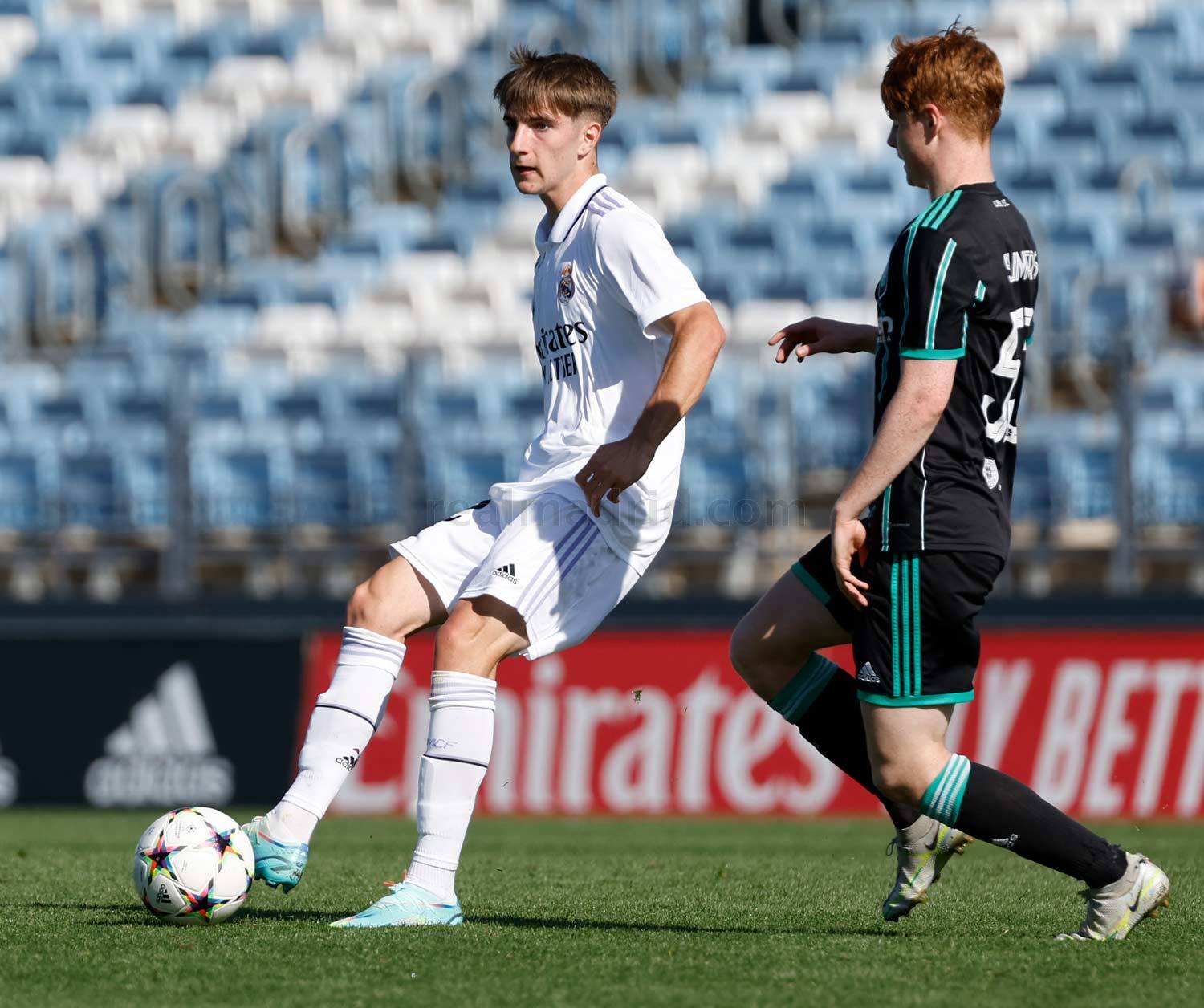