The Real Madrid Women players completed the first training session of the pre-season campaign. The madridistas began the workout with a brief warm-up, before working on various ball-based drills, both individually and in groups, throughout the session, which took place at Real Madrid City.

Alberto Toril will once again lead the squad this season, with José Manuel Lara acting as his assistant and Daniel Sánchez occupying the role of assistant coach. The rest of the coaching staff is made up of Antonio Caballero, who will be the team's fitness coach, Óscar Gaspar, the goalkeeping coach, and Eugenio Buza, who will serve as the rehabilitation coach.

In terms of friendly matches, so far the confirmed fixtures are in the Copa Sentimiento, in which they will lock horns with Osasuna in the semi-finals on 5 August at 8:30pm (CET). The tournament line-up also includes Real Sociedad and Levante. The team's first competitive outing will be on 18 August against Sturm Graz in the first round of the preliminary stage of the Women’s Champions League, with the league campaign kicking off on weekend of 10-11 September. 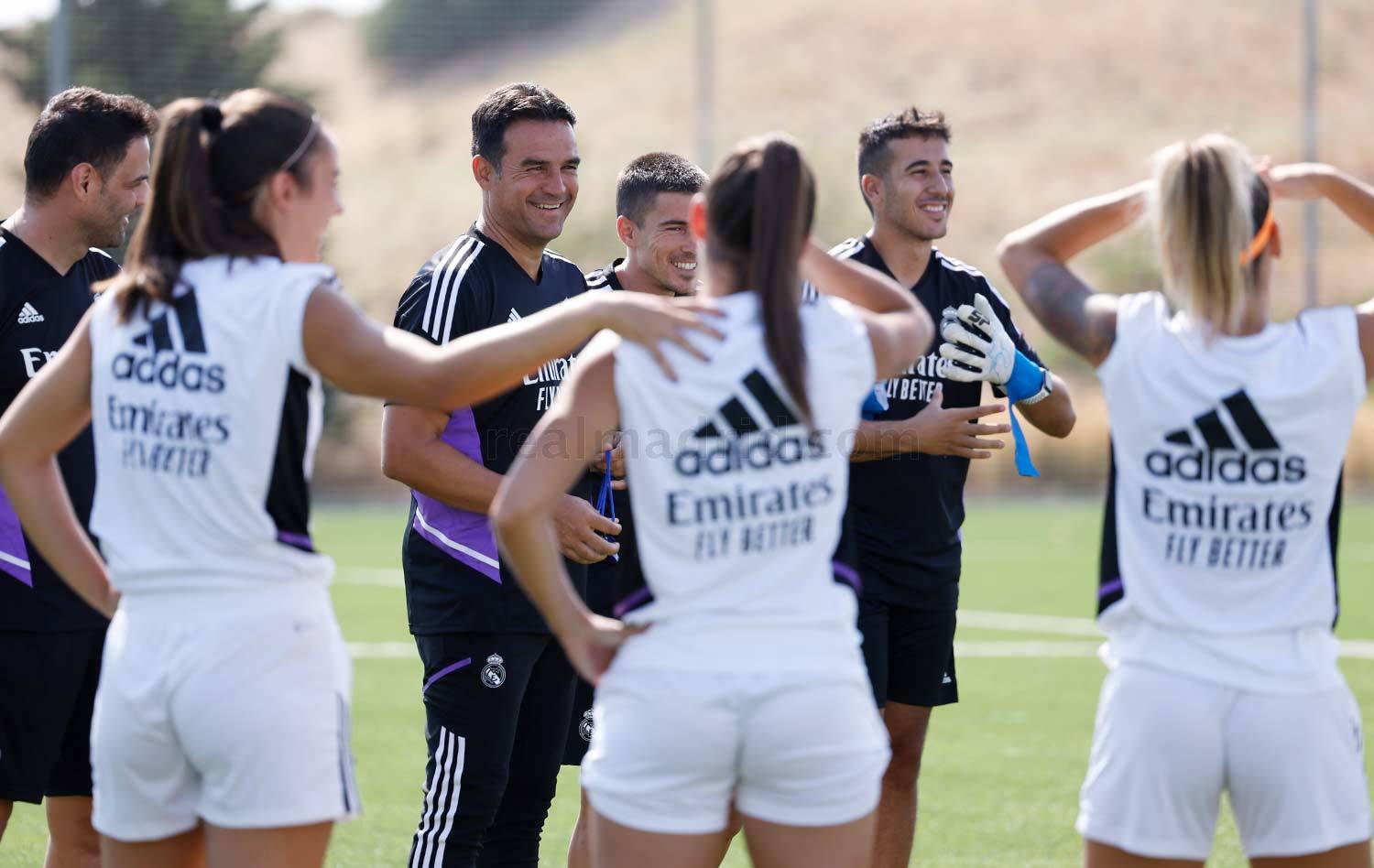 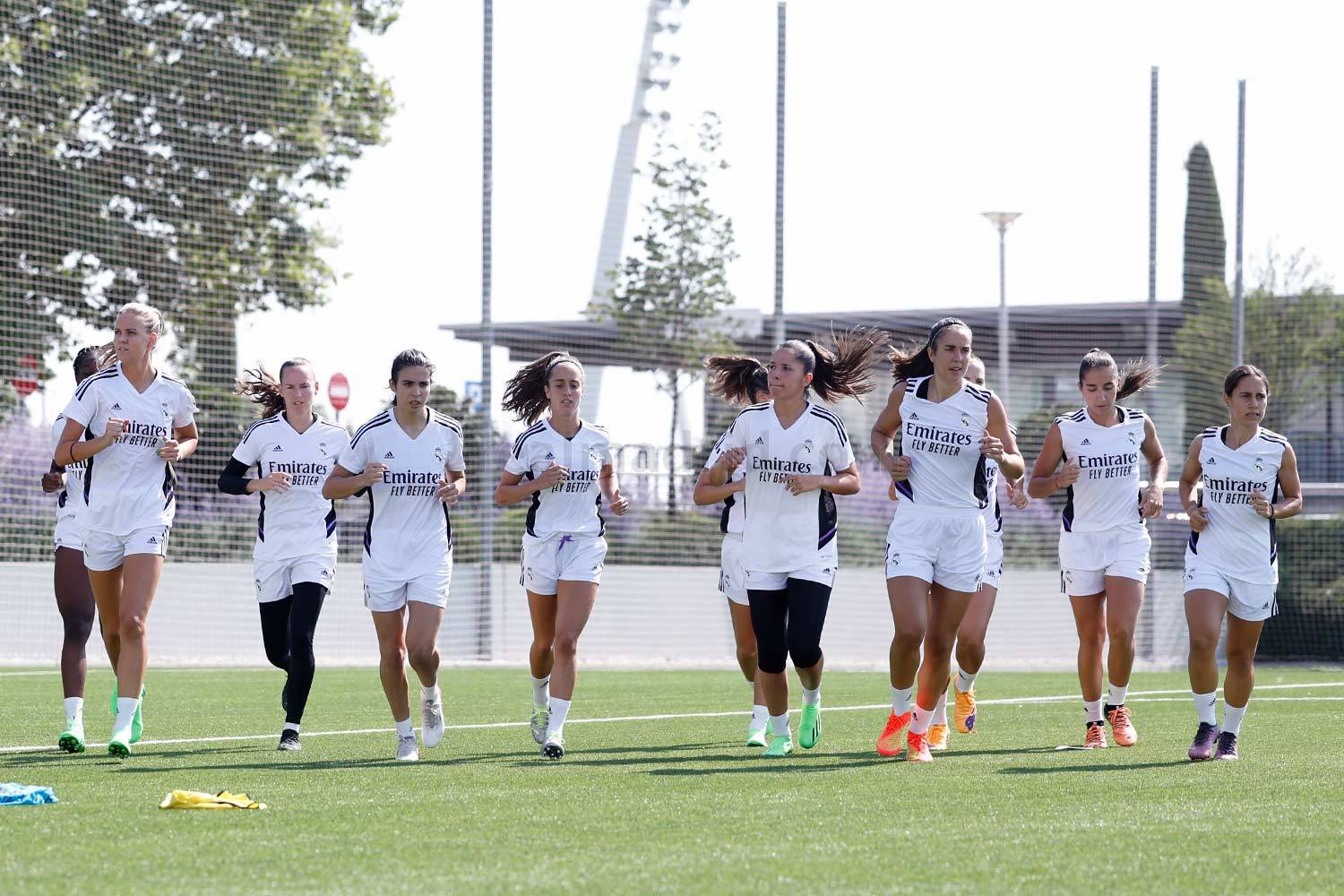 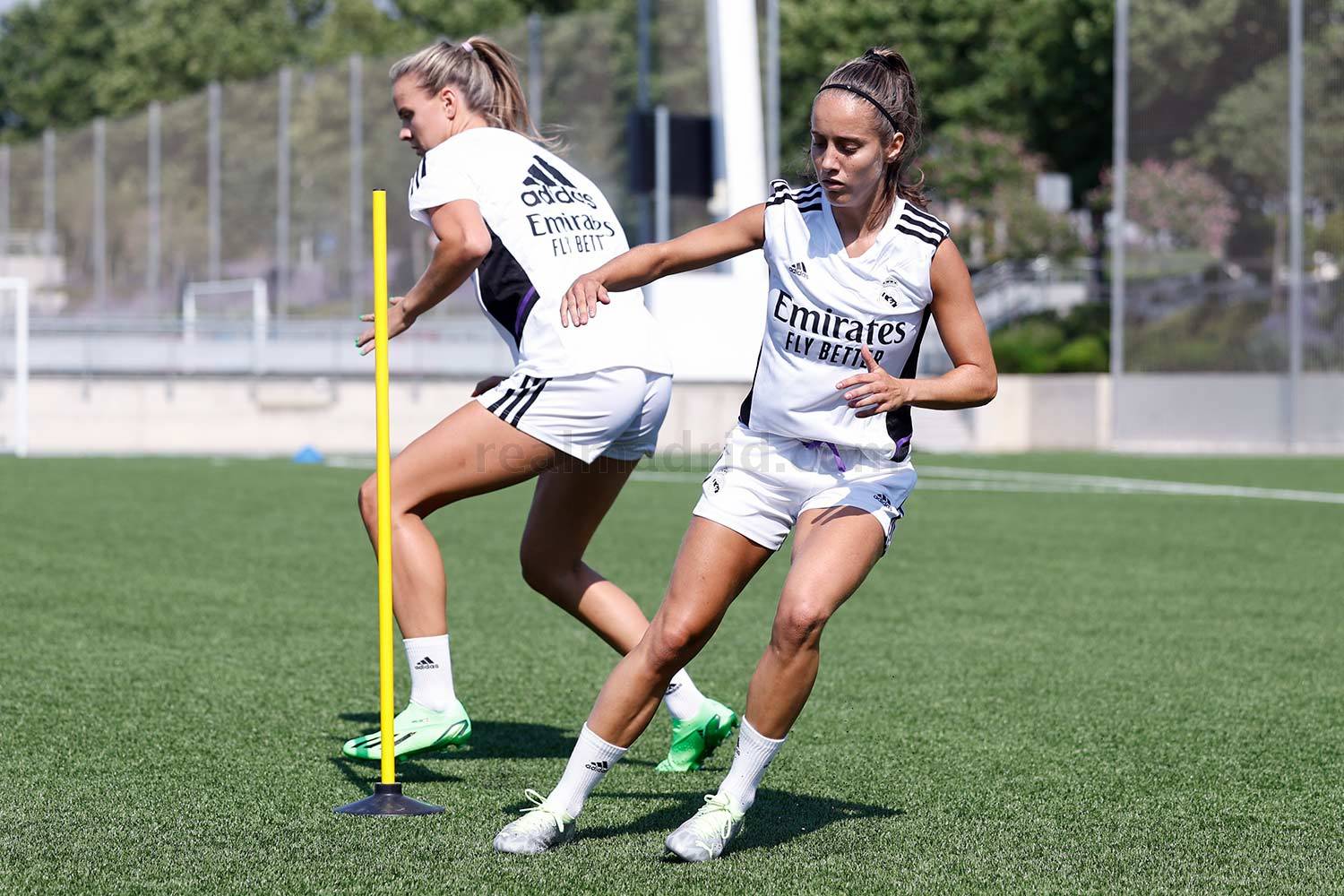 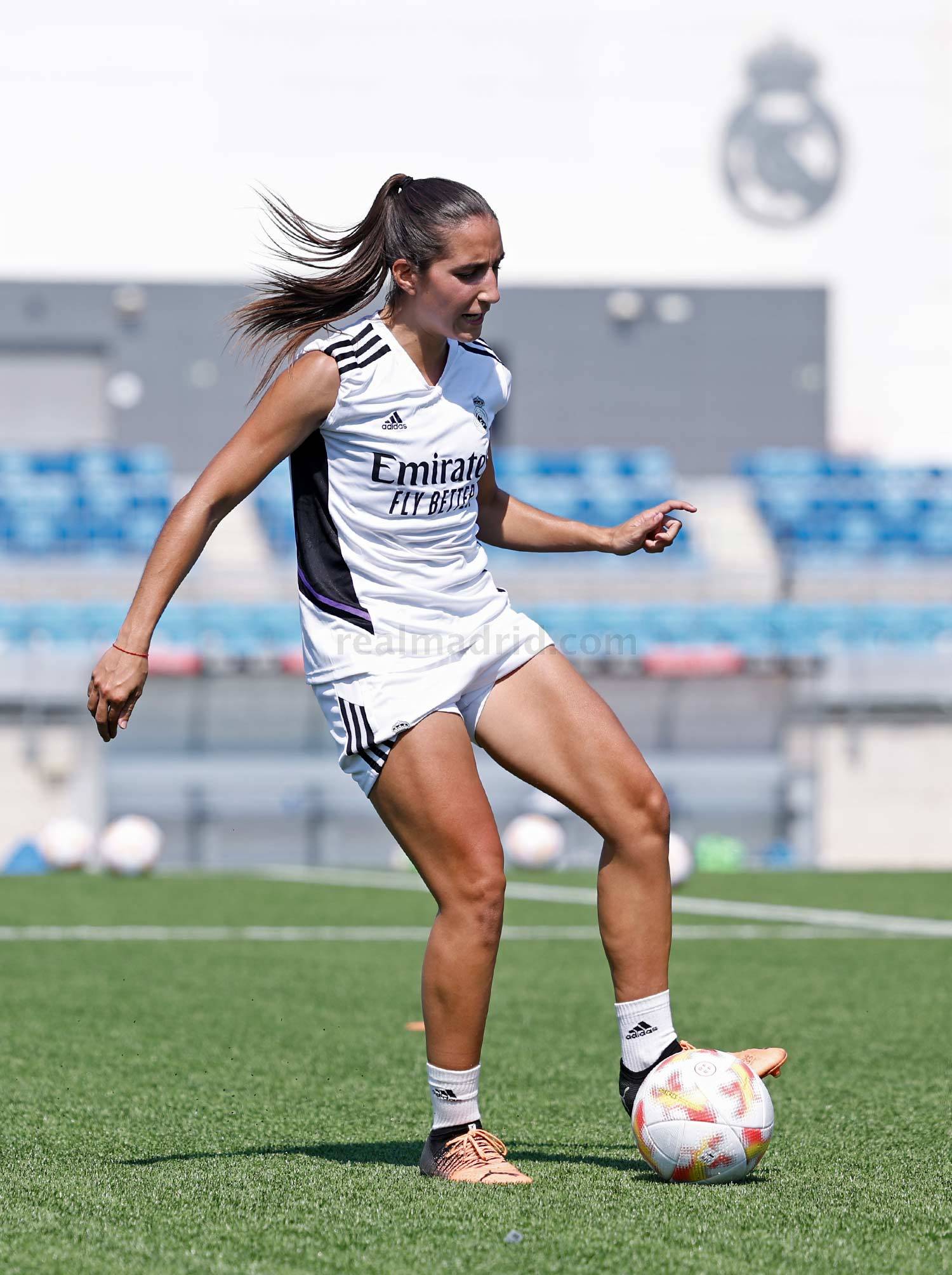 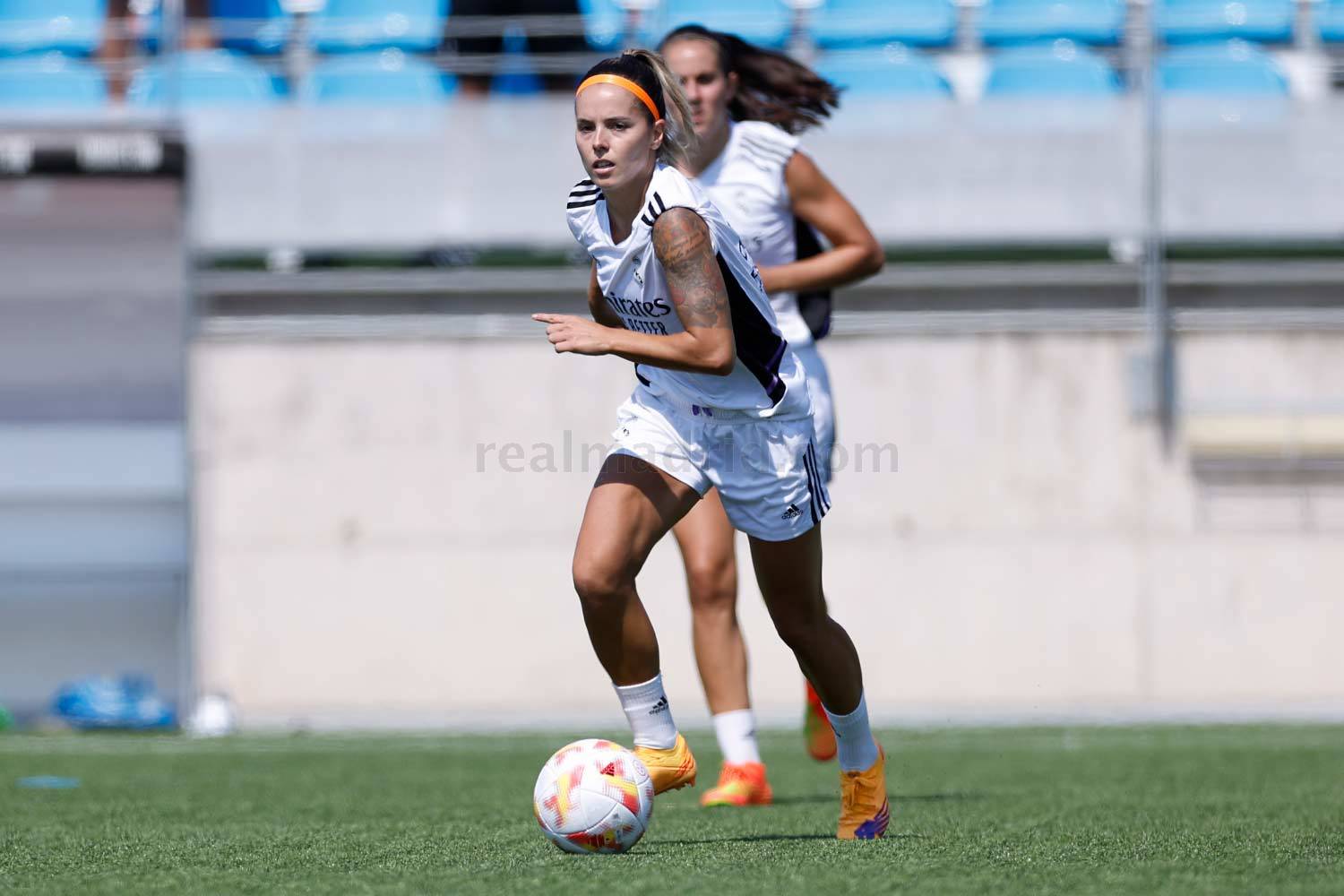 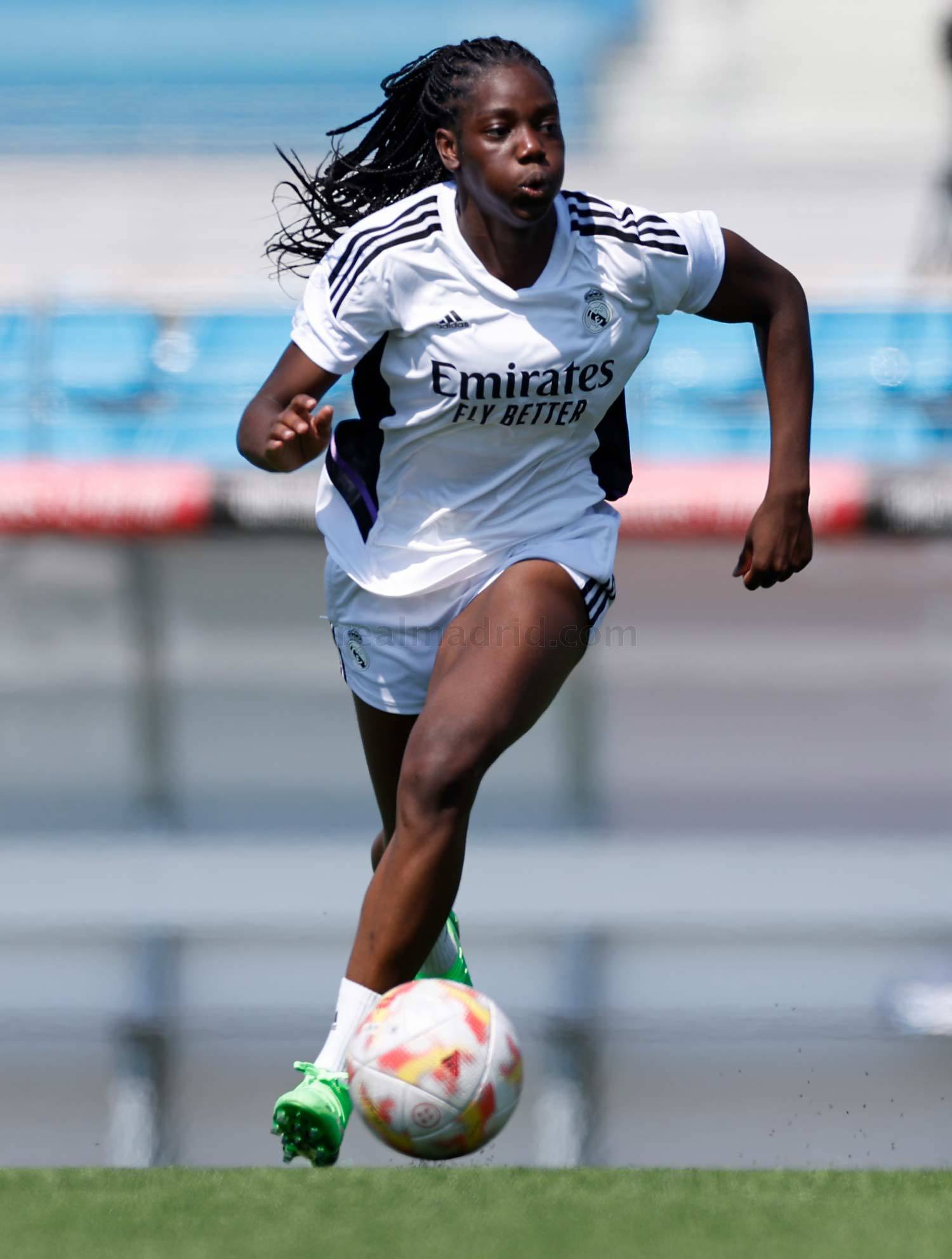 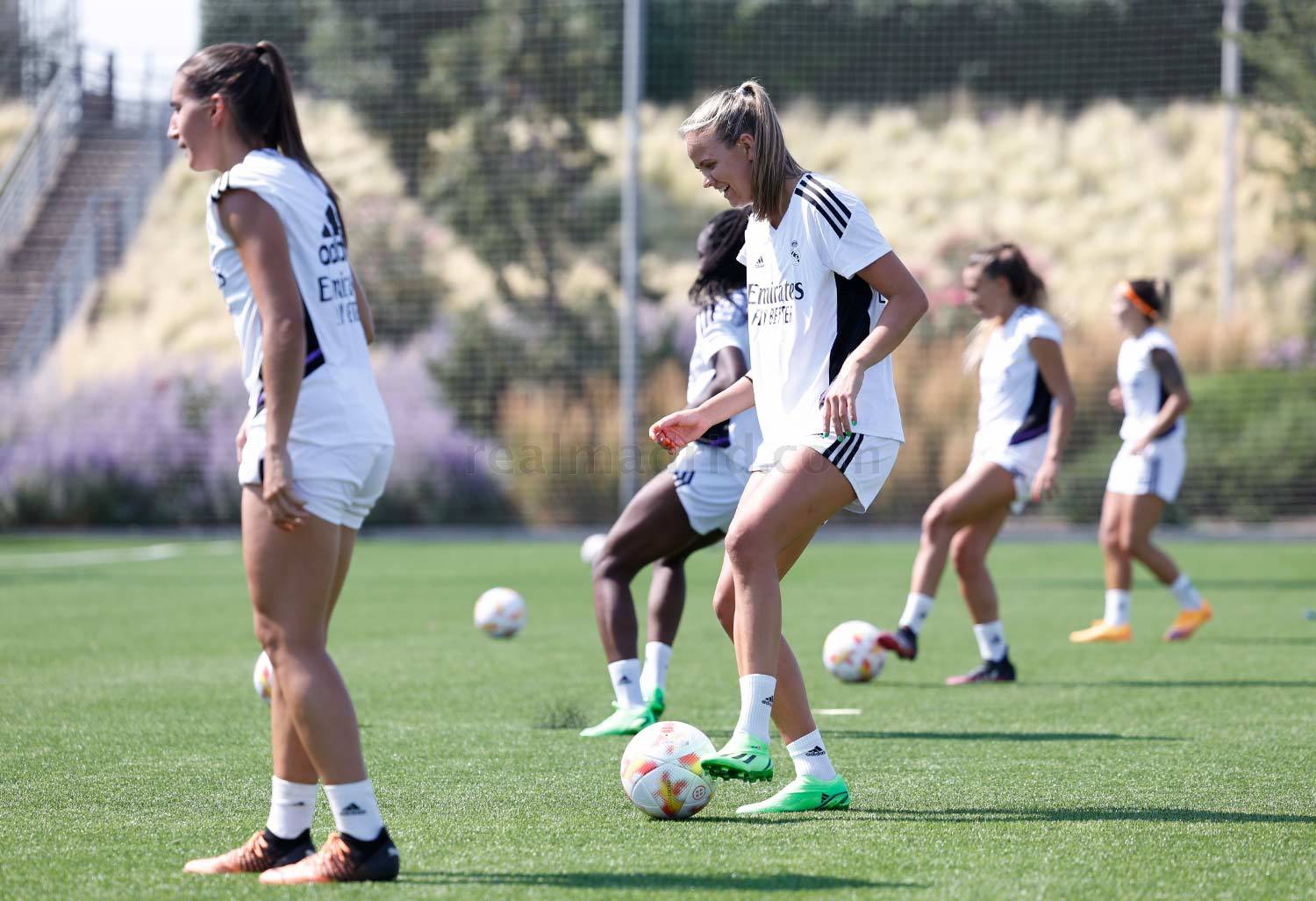 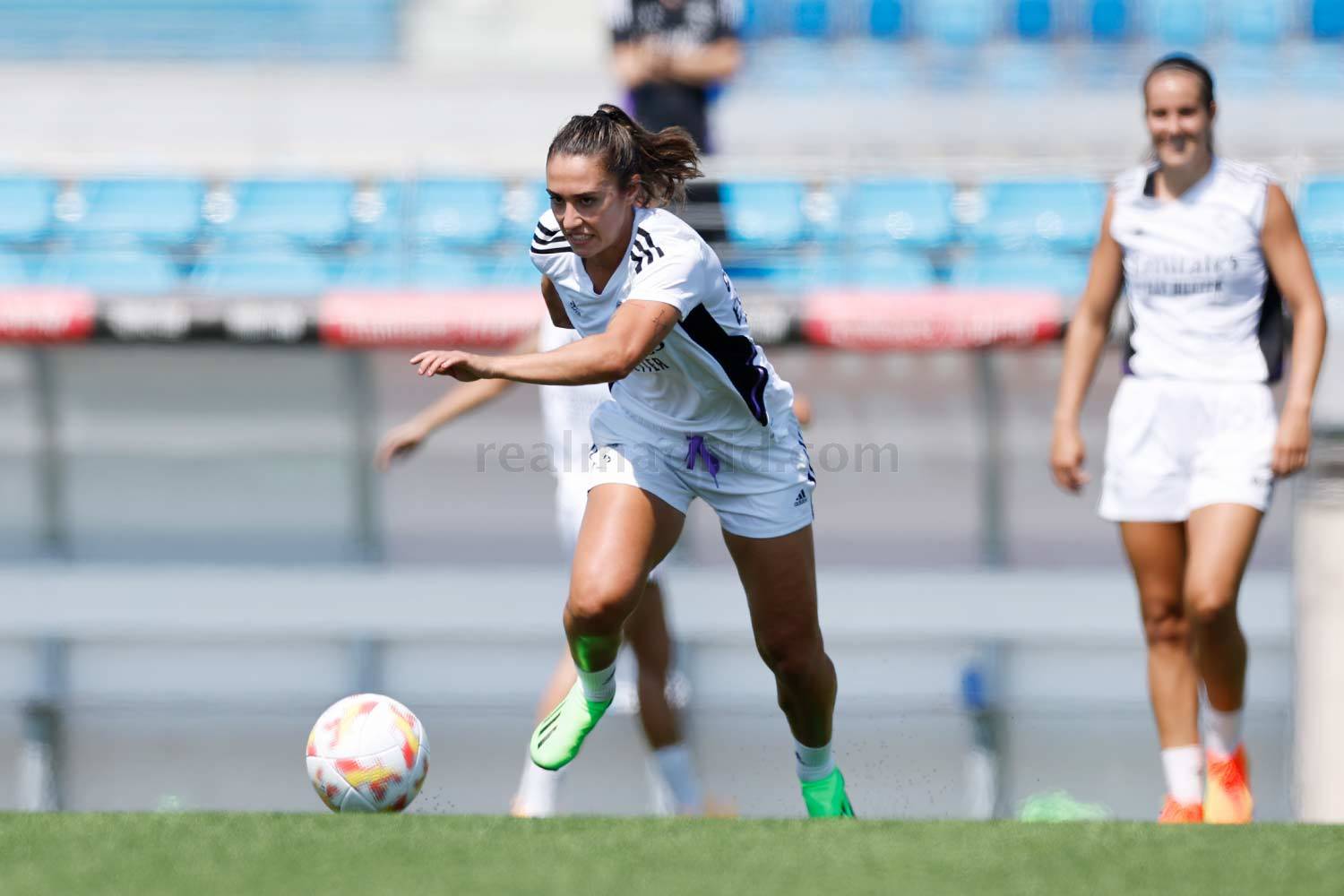 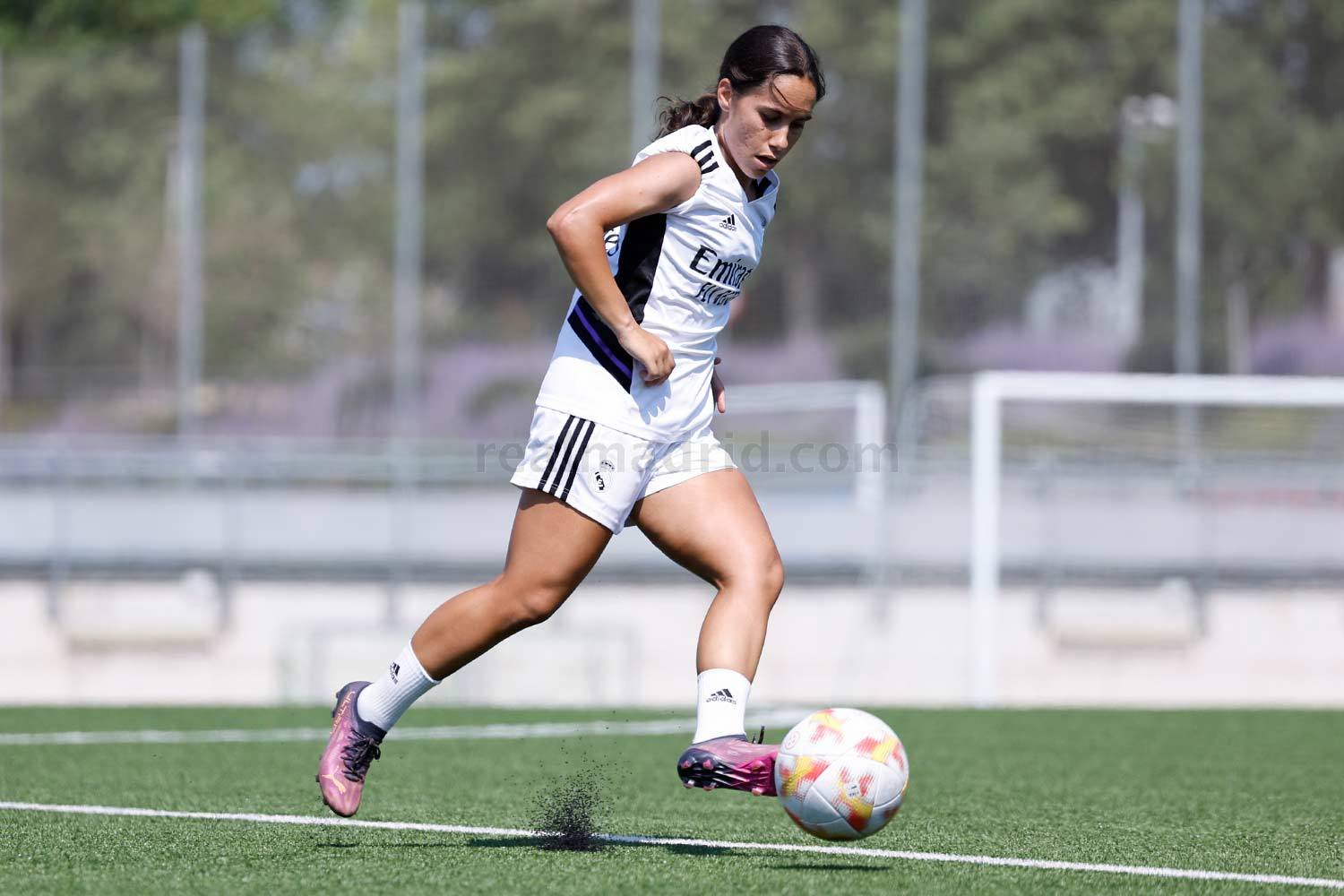 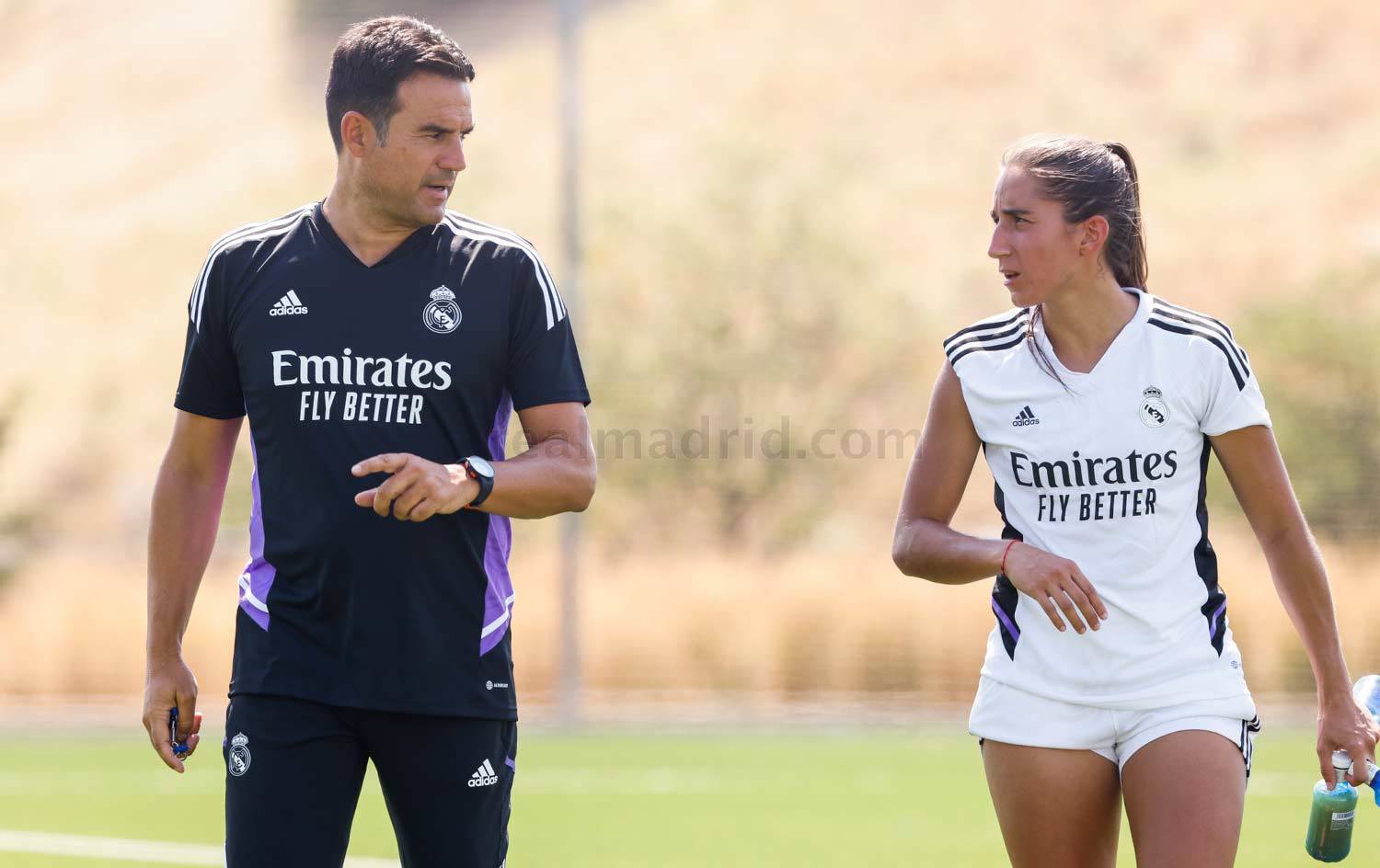 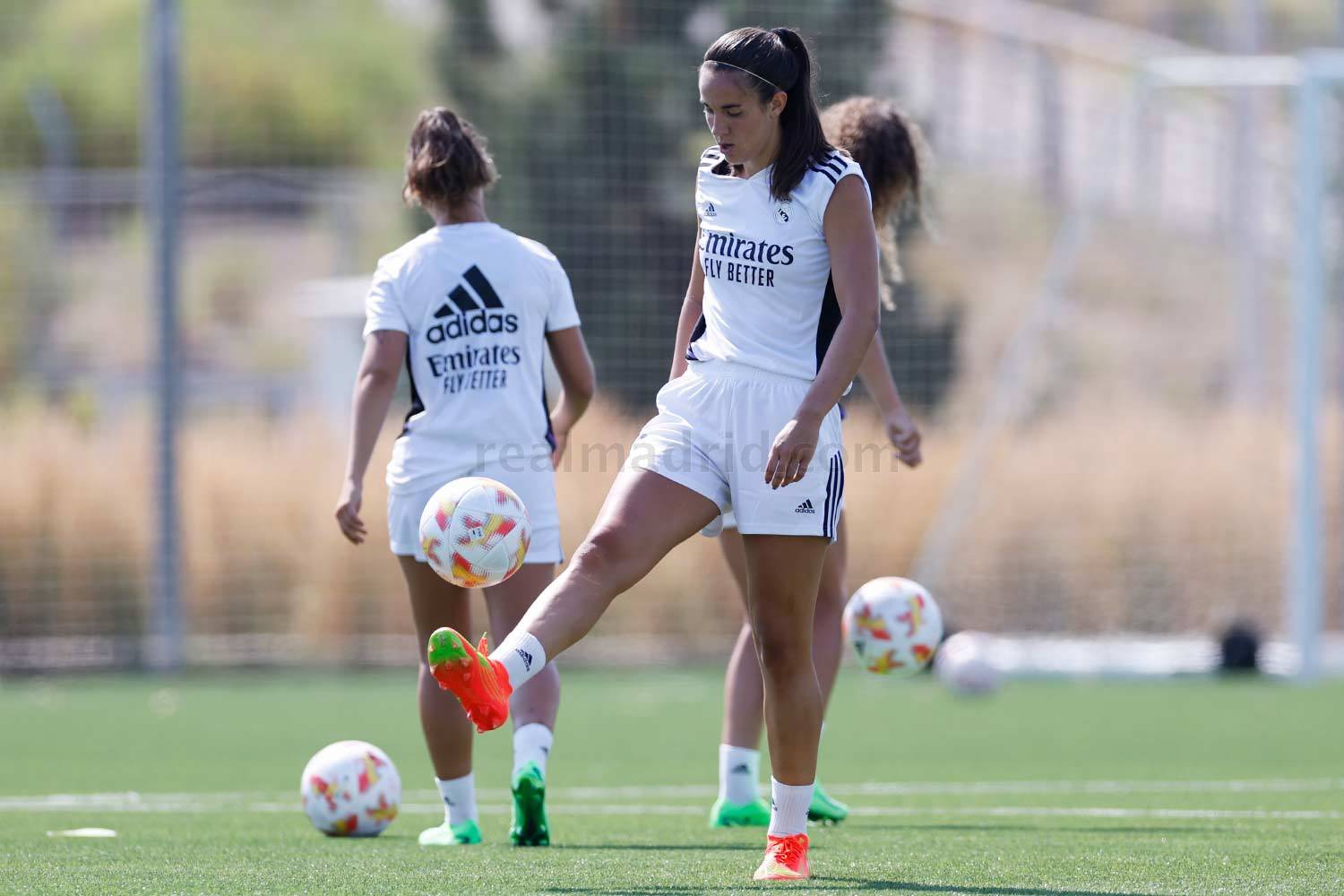