Tenth win on the bounce for the league leaders 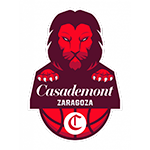 Real Madrid beat Casademont Zaragoza and are now 5 wins clear of the second-placed team. 19 points and 29 PIR for Poirier.

Real Madrid are still in a commanding position at the top of LaLiga after their win over Casademont Zaragoza in which they secured their sixteenth win in seventeen games, their tenth in a row, putting them five ahead of the second-placed team. Under 48 hours after the Euroleague win against Bitci Baskonia, the WiZink Center once again hosted another excellent performance by Laso's team with a 28-7 run in the first quarter that took them to a 30-point lead. With 19 points and 29 PIR, Poirier was unstoppable, supported by Randolph (14 and 19), Williams-Goss (13 and 14) and Yabusele (10 and 13), they produced the second best offensive performance of the season. Rudy, Tavares and Causeur were missing, the first two due to COVID-19 and the Frenchman due to the coach's decision. Alocén was back nearly a month after his injury.

Real Madrid started off hot, demonstrating the best defence in the competition to puttogether a 10-0 run. A spectacular start to a great first quarter for our team, who put in one of the best first 10 minutes of the season. Relentless at the back, they limited Casademont Zaragoza to 7 points. The lead continued to widen as Madrid were at their best in attack, dominating the rebounding, running and hitting high percentage shots. Poirier, 9 points and 13 PIR, and Williams-Goss, 7 and 11, led a 28-7 run at the start.

Video.94-69: Tenth win on the bounce for the league leaders

Madrid defend the lead
Ponsarnau looked for answers from the bench and his team improved in attack with Waczynsky and Bone on the court in a second quarter in which Madrid had less control. A drop in the defensive performance gave Casademont Zaragoza the chance to demonstrate their talent, especially from the outside. Our team's offensive prowess was what sustained a comfortable lead of around 20 points. At the start of this quarter, the visitors were only down by 13 points (30-17, min. 14) but Yabusele's response came quickly. The French power forward turned it on and scored 13 points, which included the play of the game with a one-handed dunk with a foul by Hlinason (53-33).

Complete performance
Madrid gave Casademont Zaragoza no chance to get back into the game as the visitors traded blows, but Laso's men reacted with authority through Taylor, who hadn't been involved until now (8 points in the third quarter) and Randolph. The gap reached 30 points at 70-40 in the 26th minute. Heurtel hadn't played any minutes either but in the 11 minutes he was out on the court he provided 6 assists, all for Poirier. The pivot demonstrated his strength on the paint by sinking everything he got his hands on to finish with 19 points and 29 PIR. There were no major changes to the scoreboard in the final stretch, with Laso giving minutes to Juan Núñez (94-69, min. 40). The focus is now on next Thursday's trip to take on Alba Berlin in the Euroleague (8pm CET). 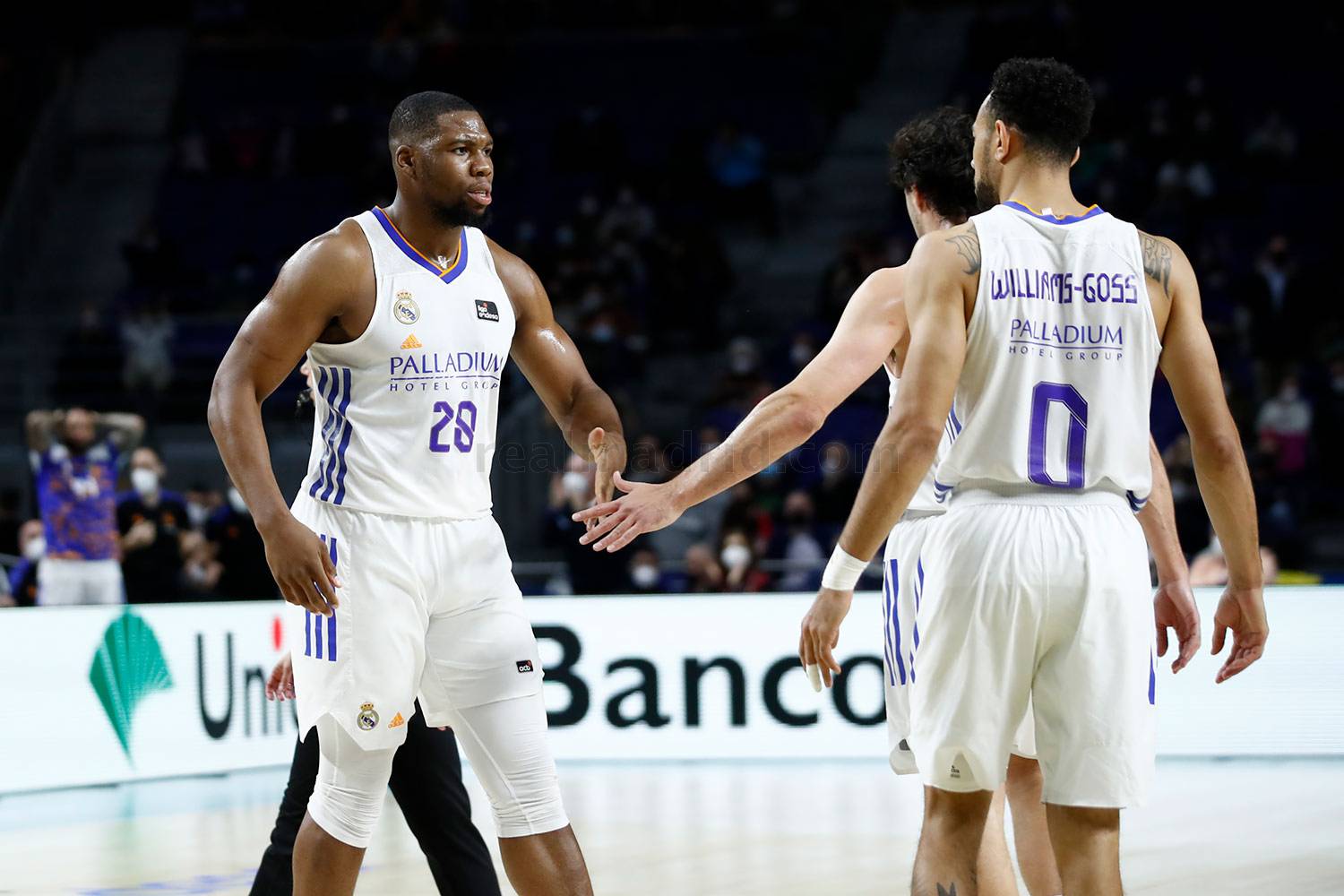 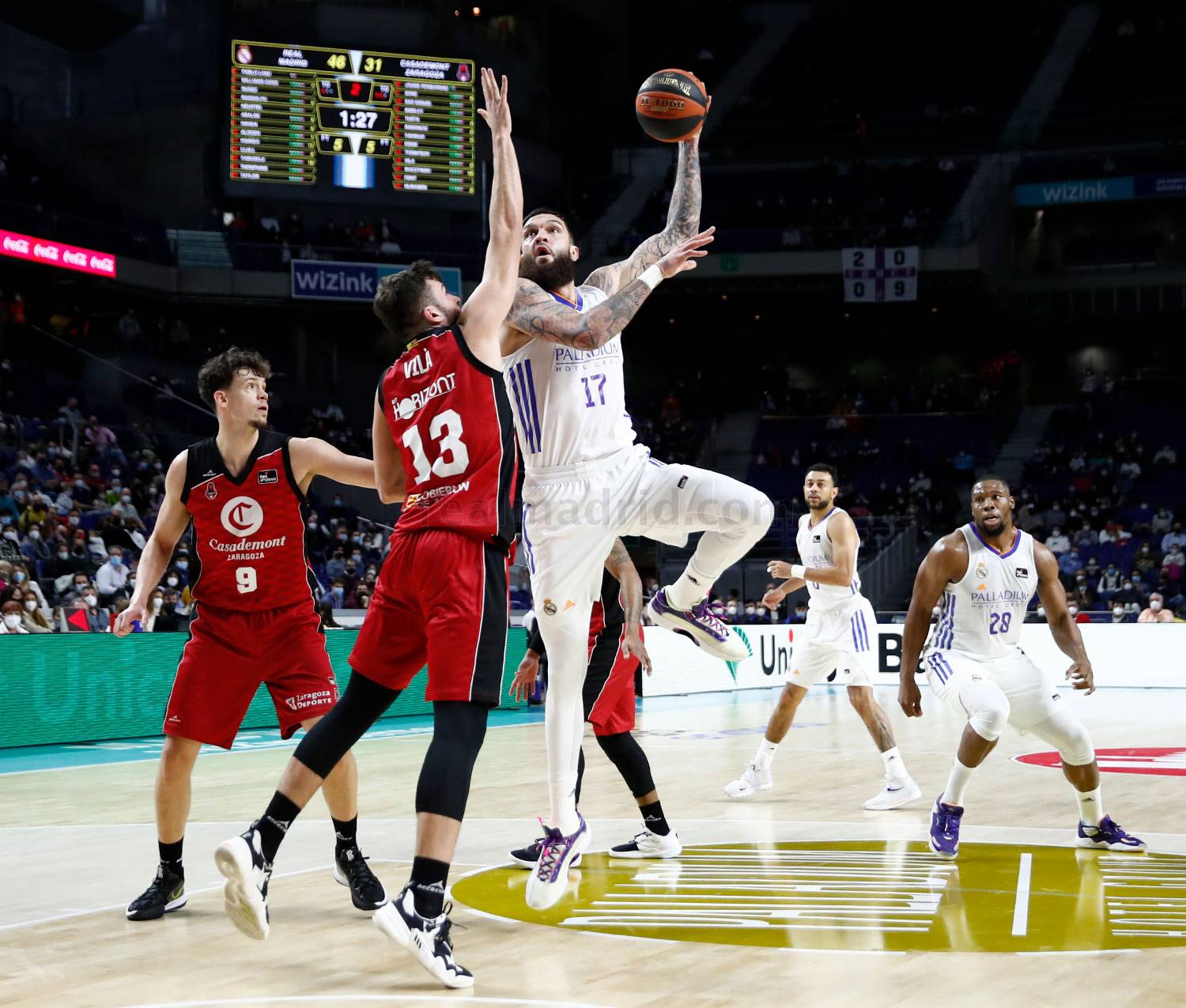 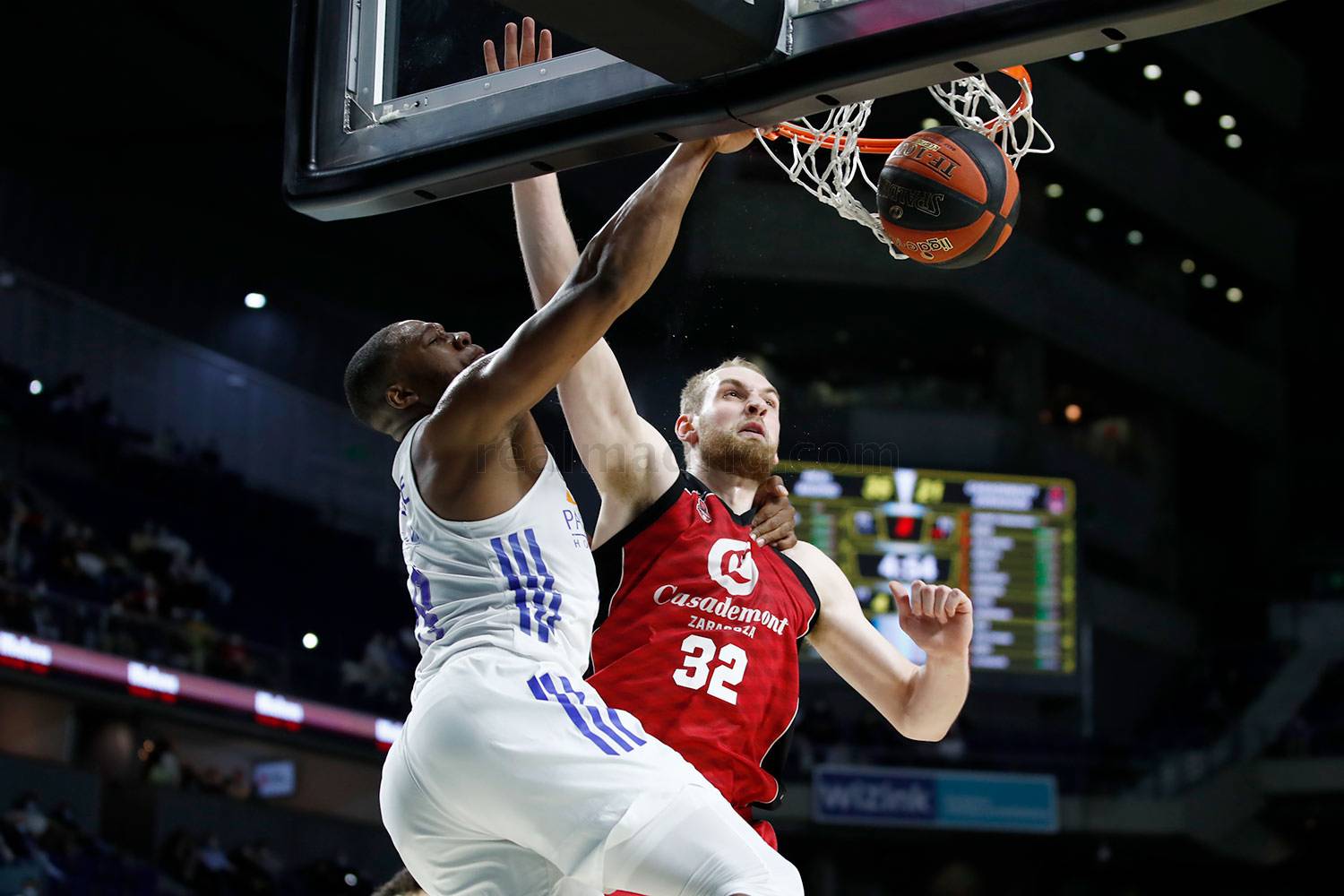 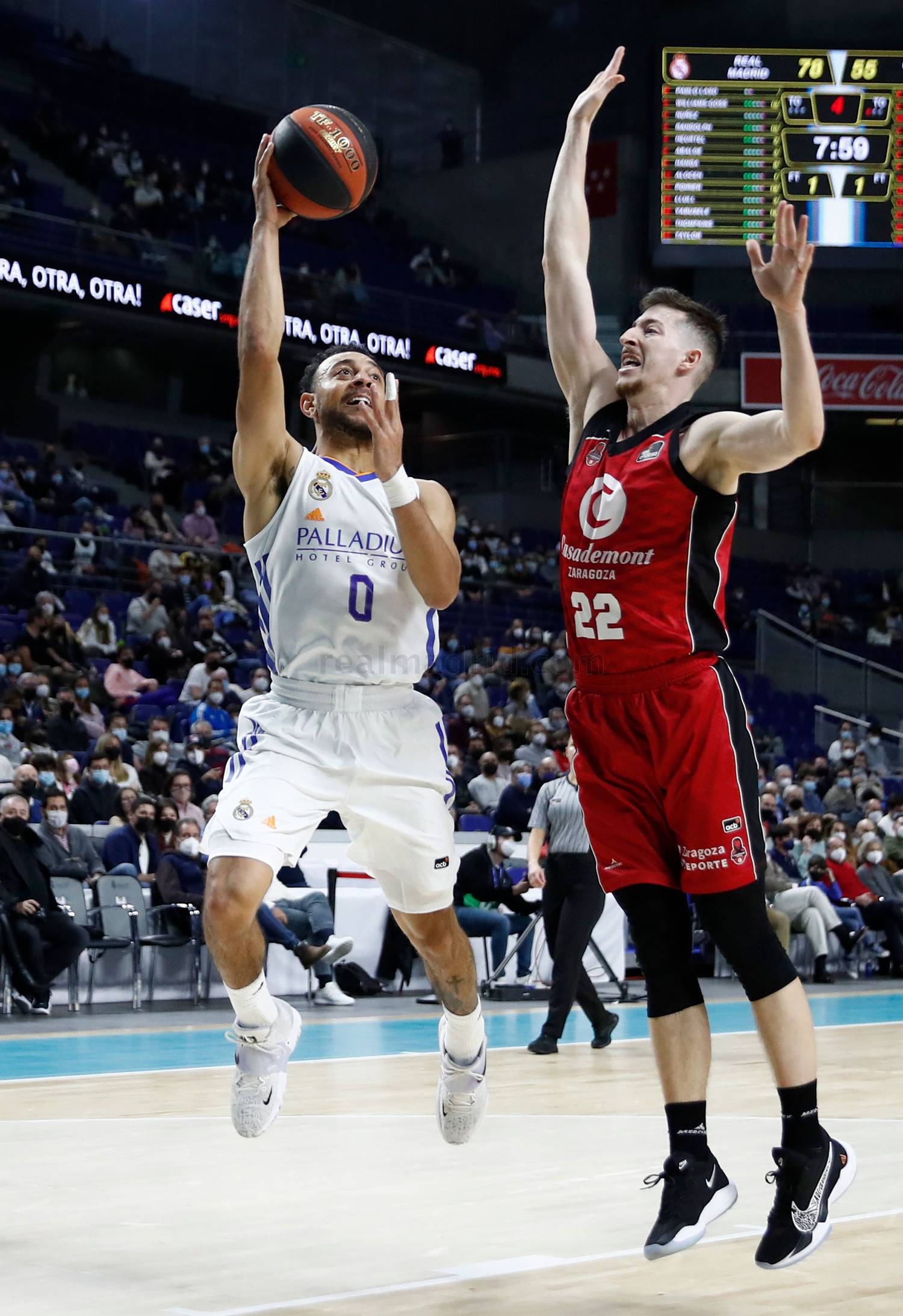 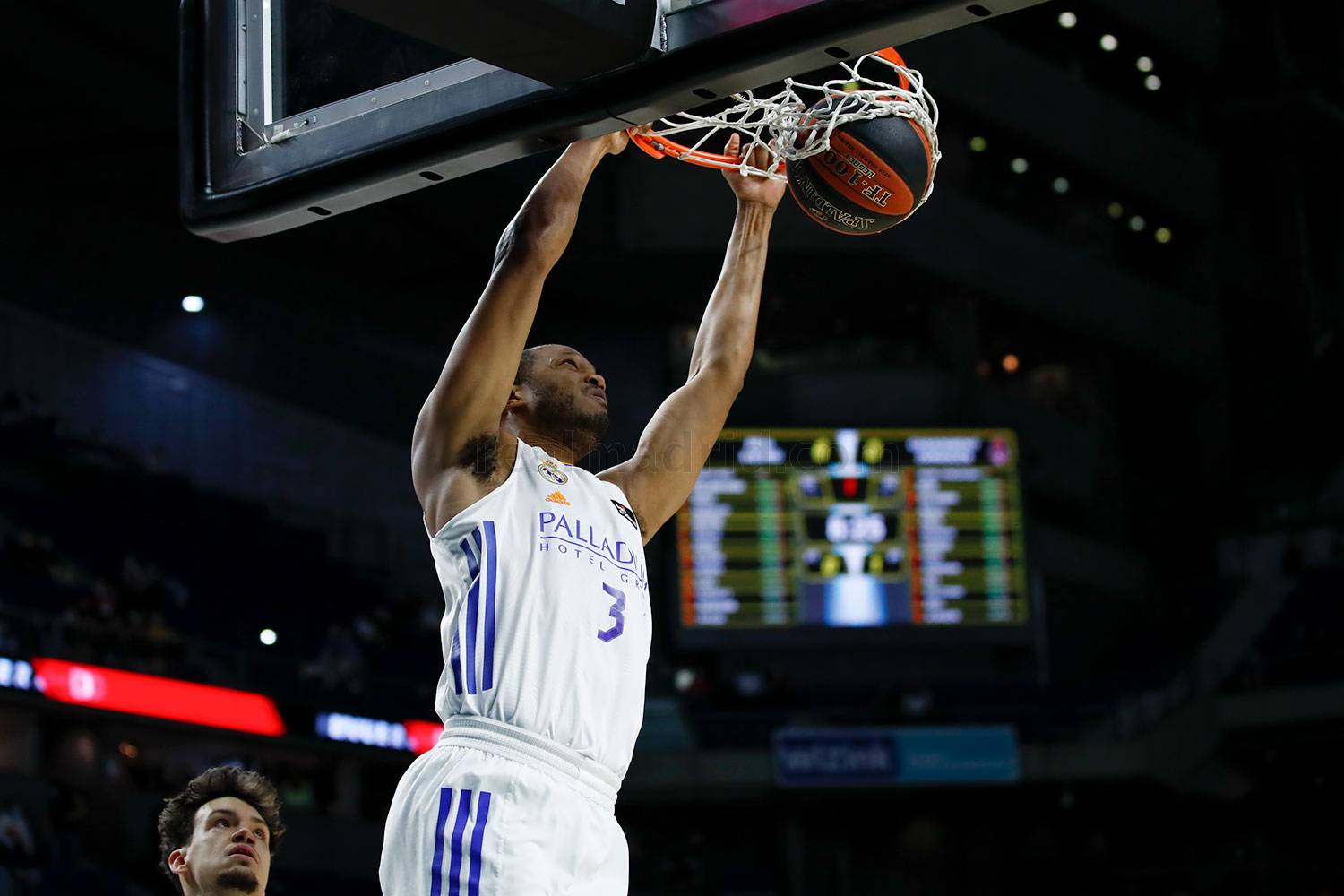 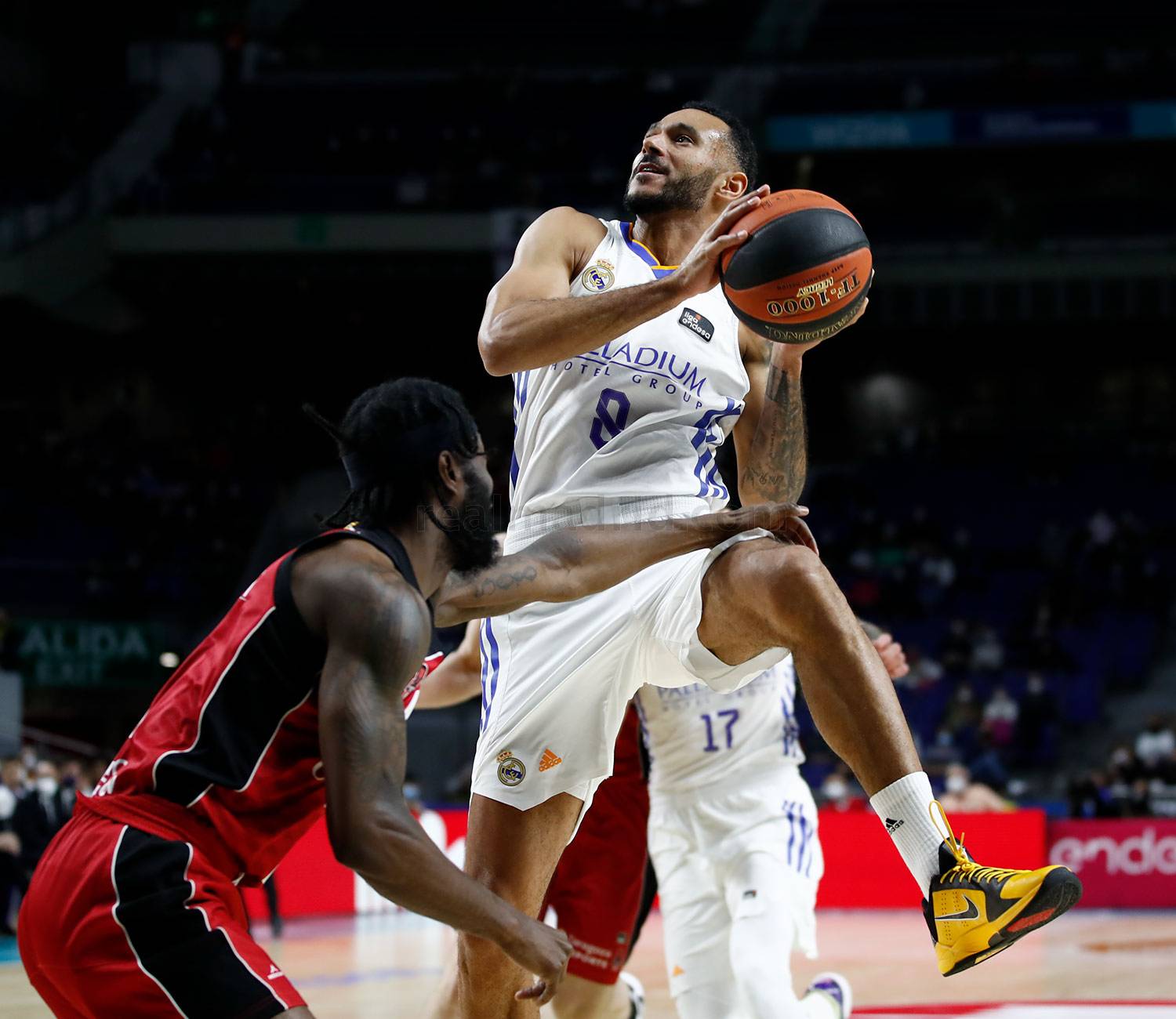 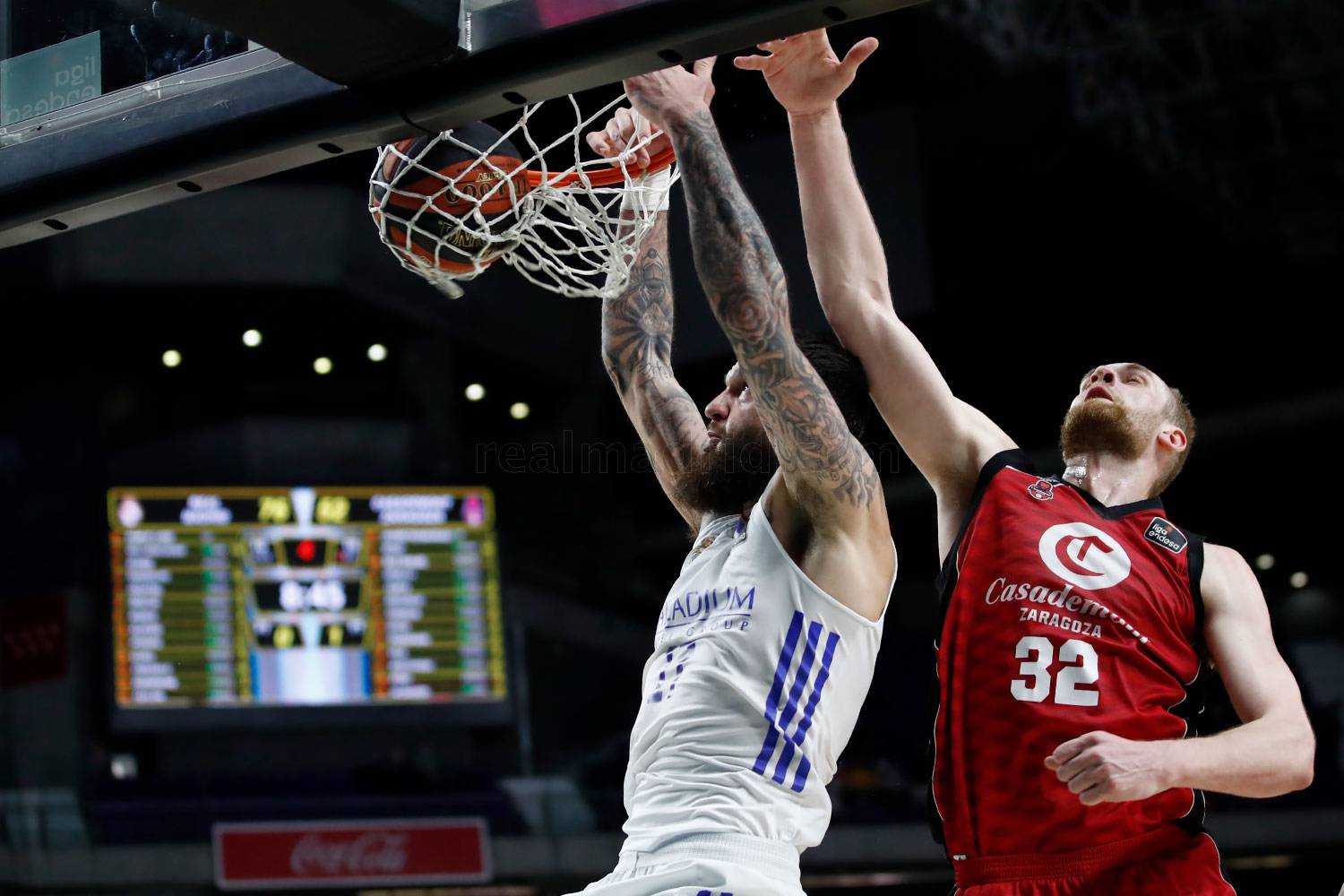 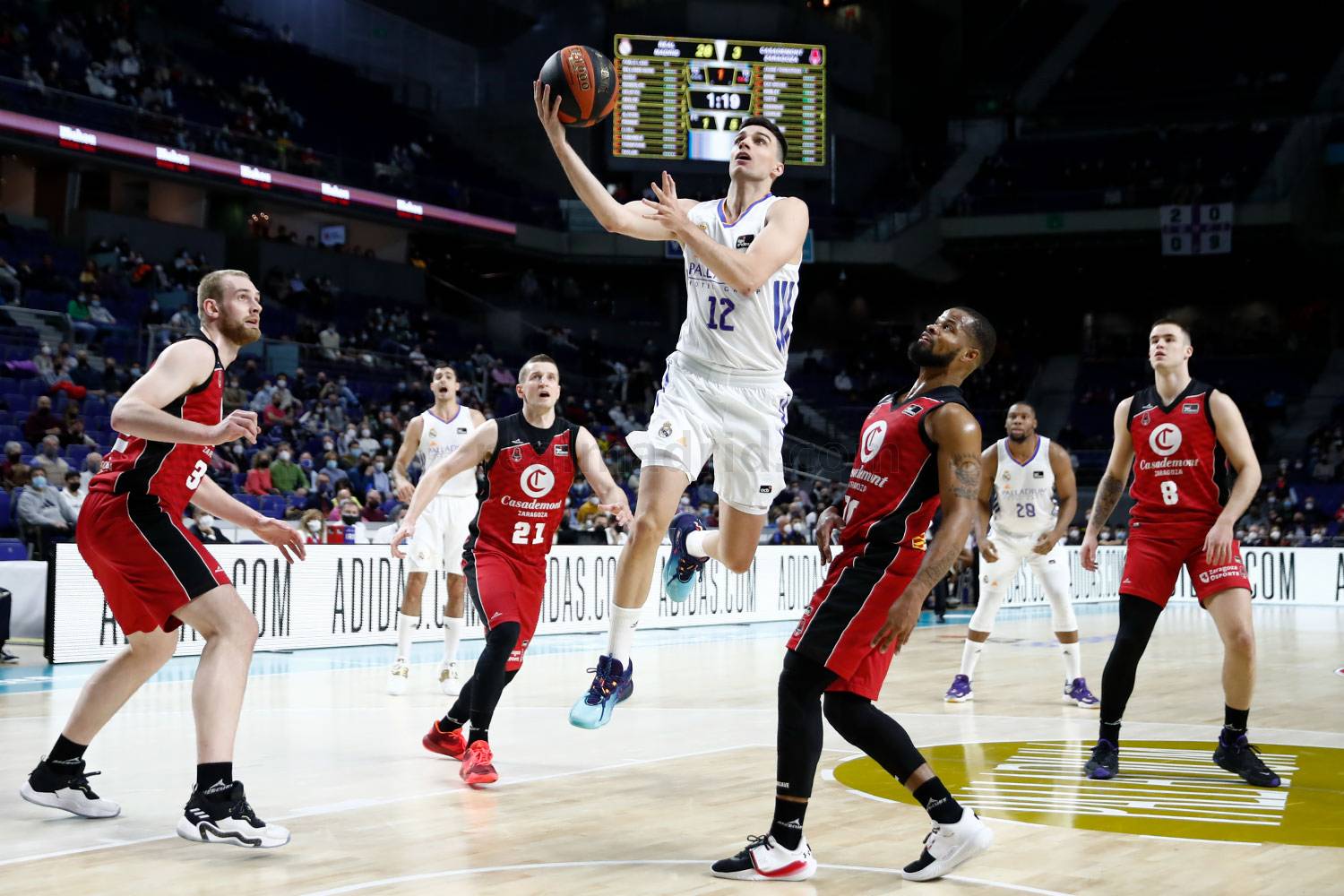 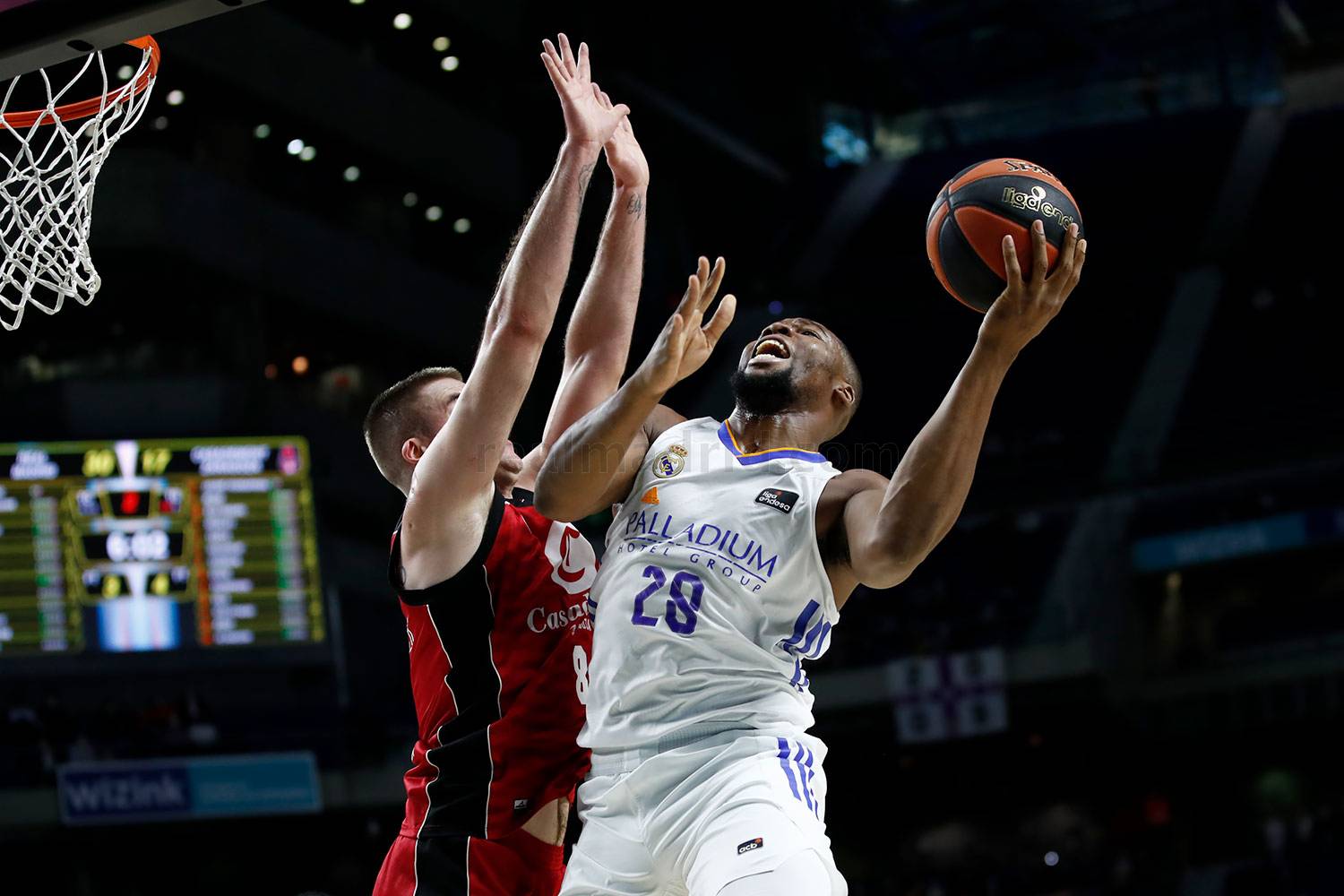 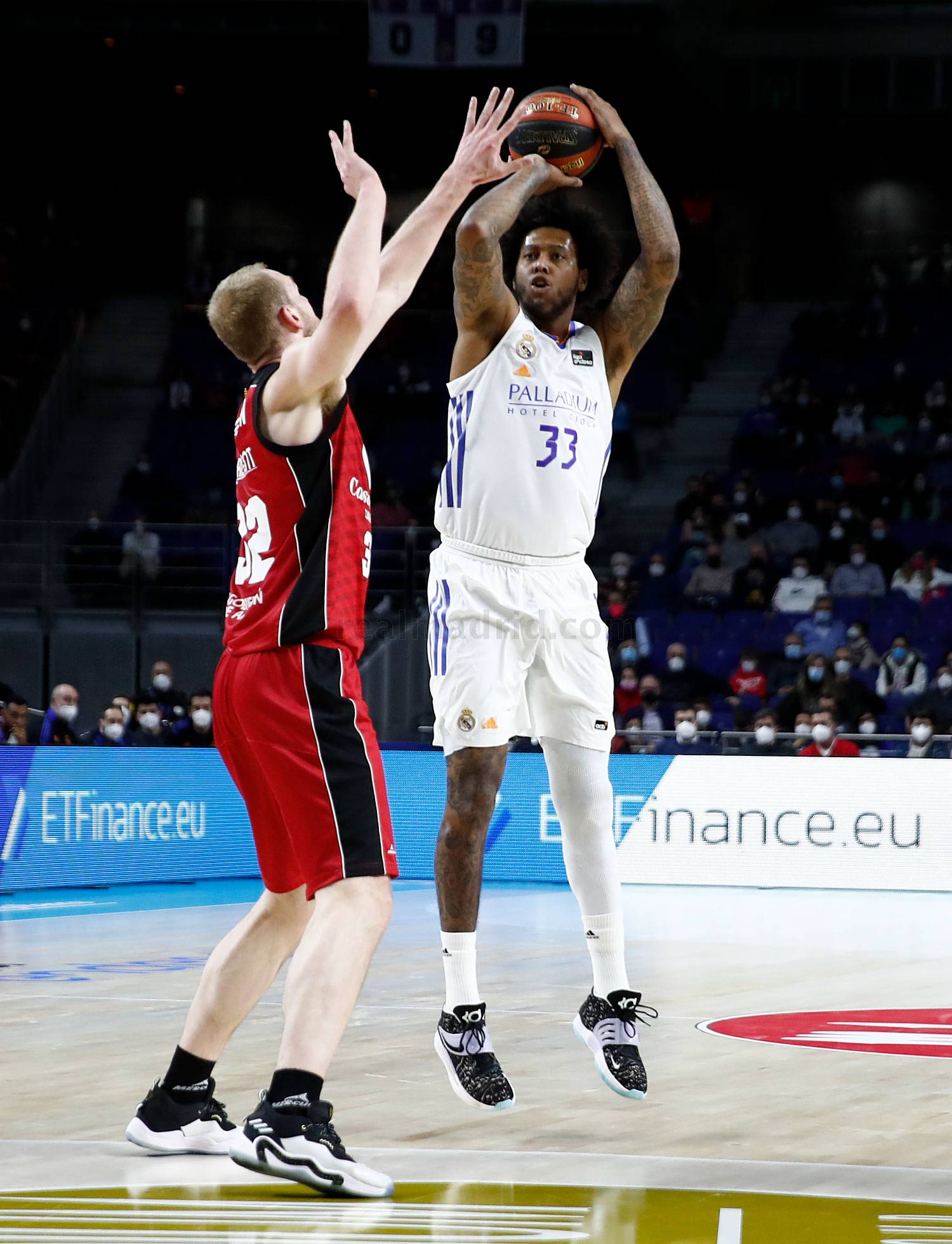 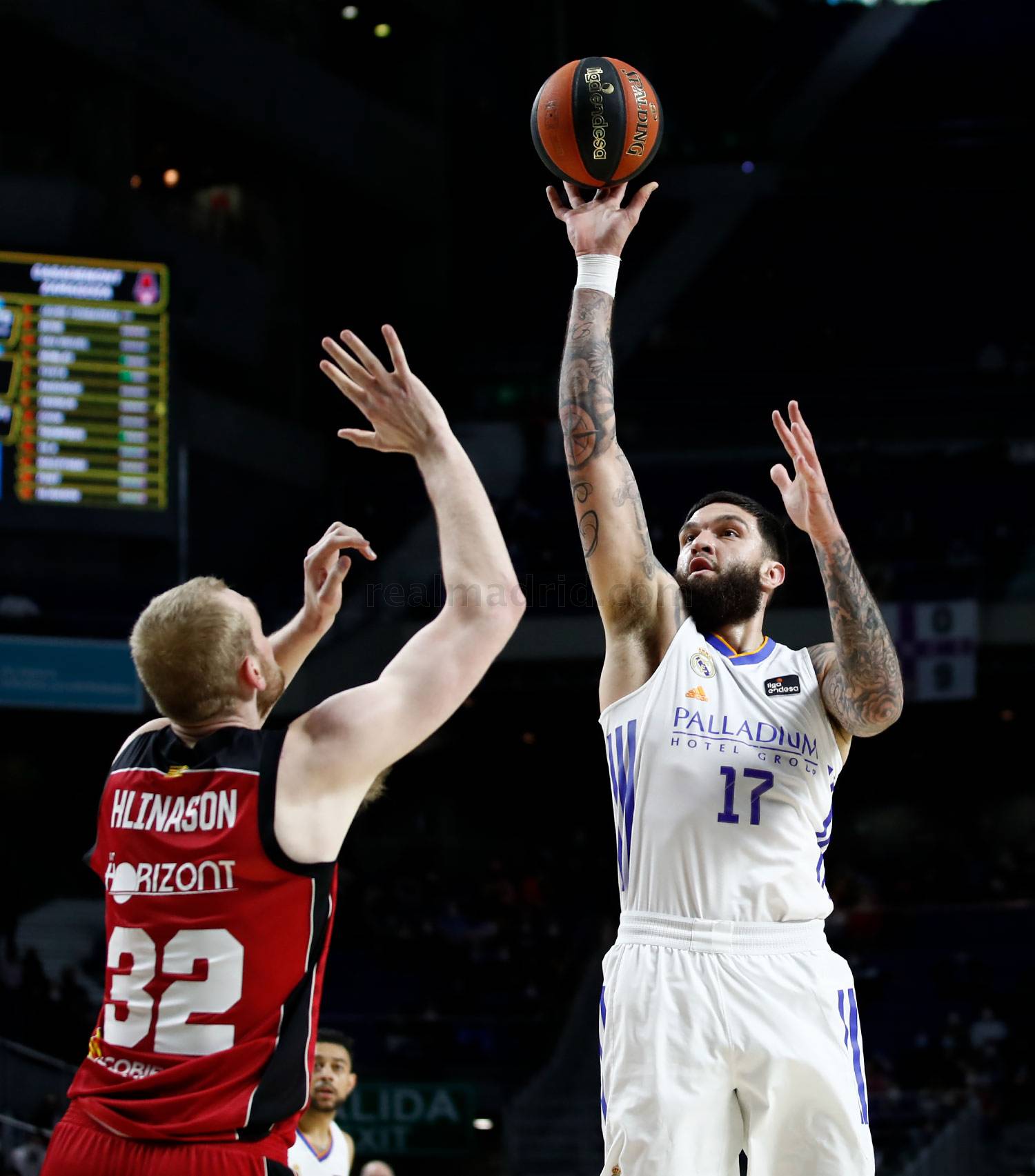 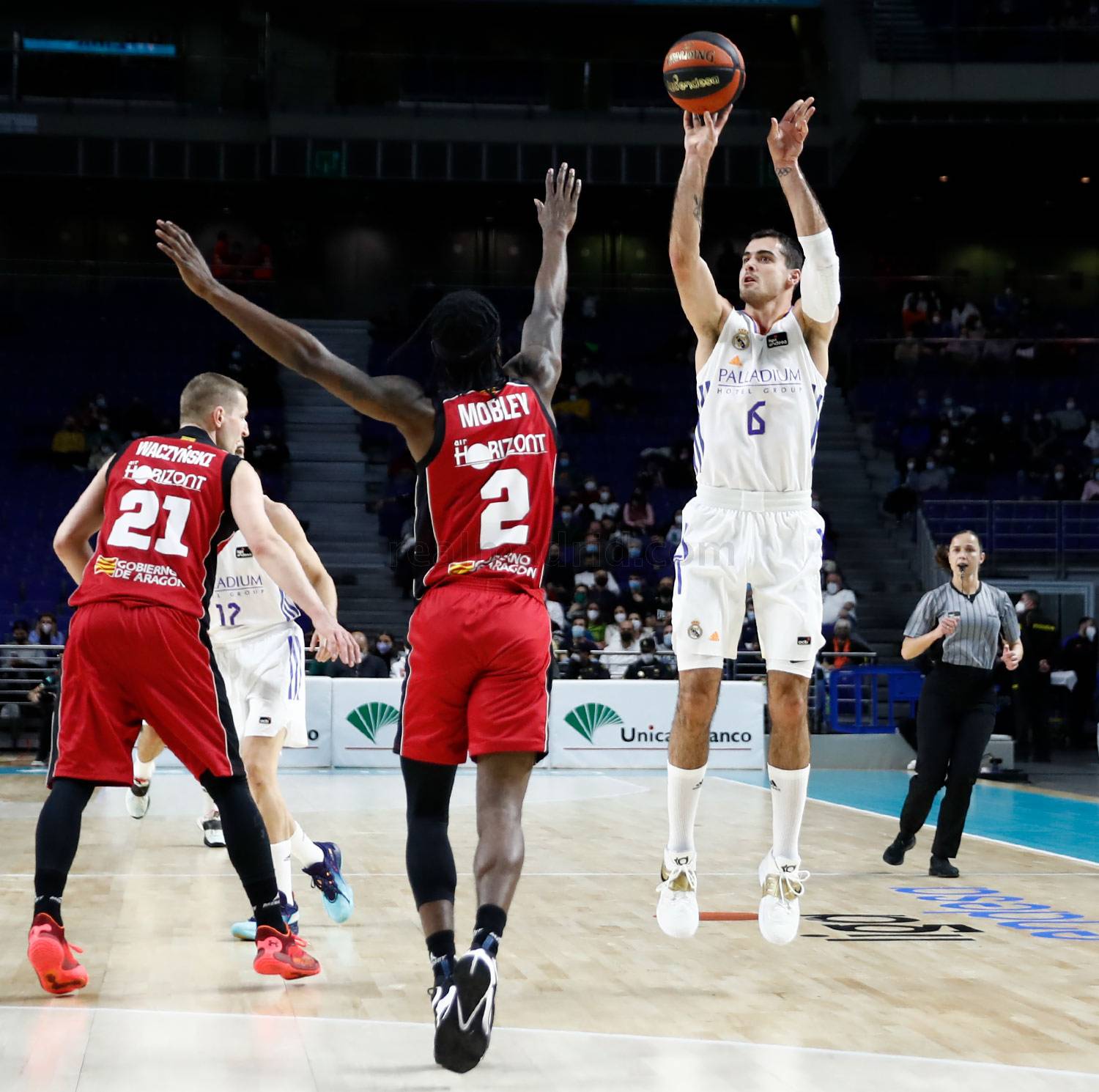 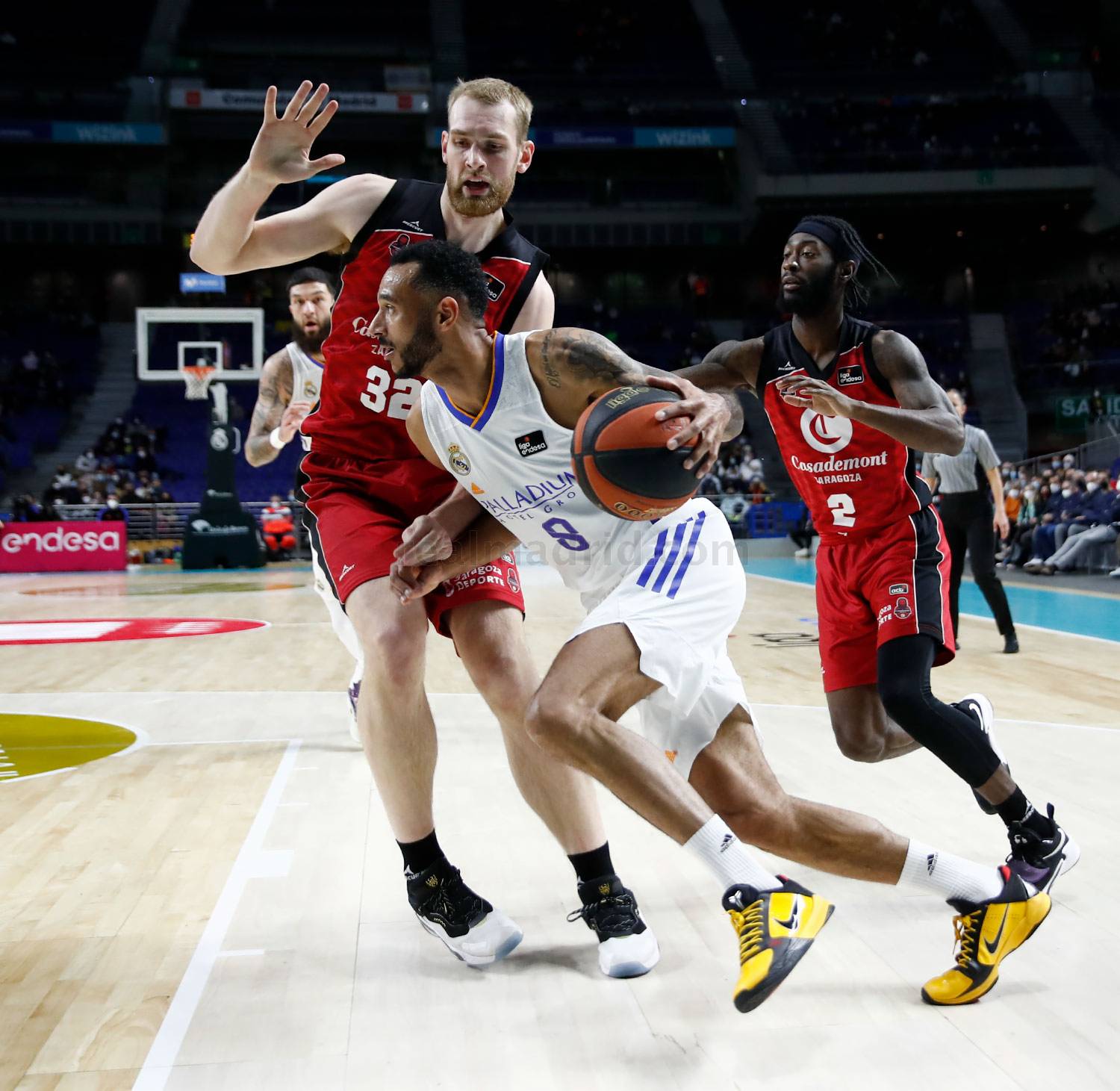 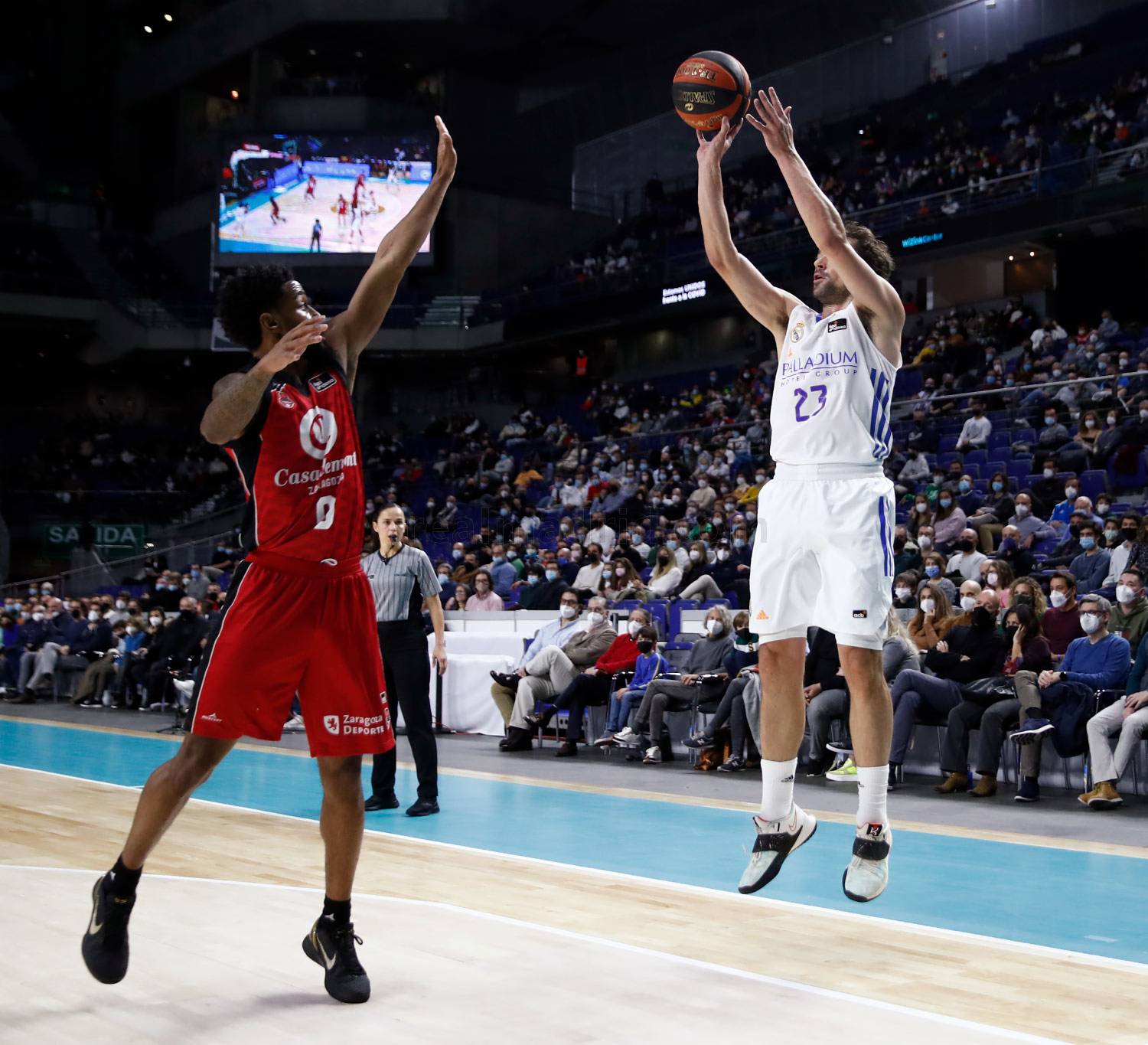 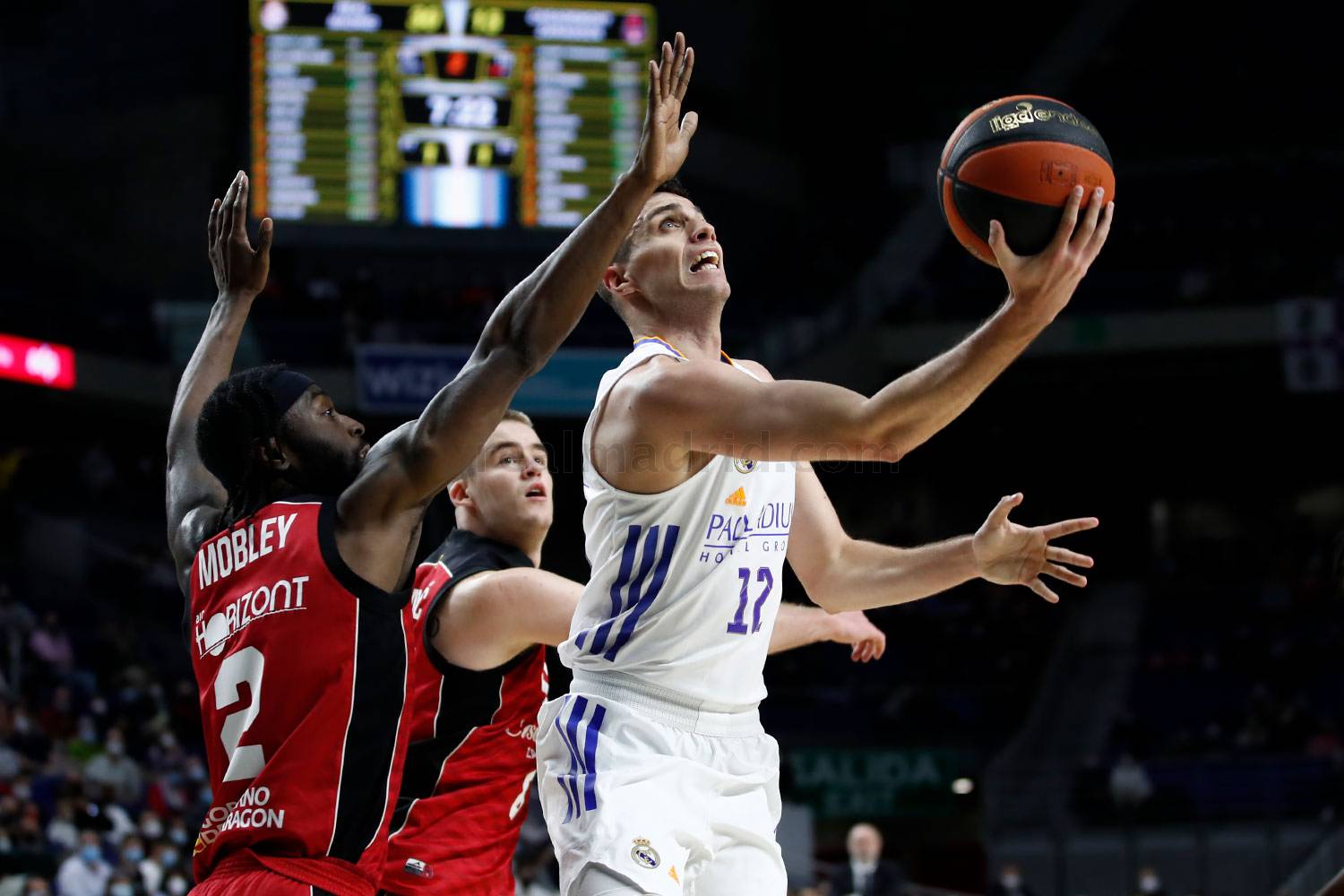