The madridistas picked up their first three points against Kharkiv thanks to a goal by Lorena.
Metalist

1
Real Madrid marked their first appearance in the Group Stage of the Women's Champions League with a win at the Metalist stadium. The visitors defeated Kharkiv on matchday one of the competition thanks to a goal that will go down in club history by Lorena in the first half. David Aznar’s side next European opponents will be Breidablik at the Alfredo Di Stéfano (Wednesday, 13 October, 9 pm CET).

Madrid dominated the early proceedings and bossed possession, which led to the game’s first sights of goal for Athenea. On the half-hour mark, Ovdiychuk had the hosts’ two best chances, but she fired over Misa’s goal on both occasions. The madridistas looked to attack down both flanks and, after the side recovered the ball well down the left, Olga played a fine through ball to Nahikari, whose effort missed the target.

The visitors got their reward ten minutes from half-time. Lucía’s cross from the right was half-cleared by the defence, but Lorena was on hand to turn the ball into the net to put Madrid a goal up. The Whites almost doubled their lead on the stroke of half-time after a defence-splitting pass by Zornoza put Athenea through on goal, but her shot flew across the goalkeeper and past Yaman’s post.

Madrid dominate
David Aznar’s side kept up the pressure after the re-start and soon carved out more chances. Zornoza went close to doubling Madrid’s lead when her long-range effort skimmed the post. The visitors continued to swing crosses into the box and Lorena almost got her second but her header missed the target. Kharkiv went in search of an equaliser, but the Madrid defence stood firm. In the closing stages, Møller found herself one-on-one with Yaman, but the hosts’ keeper did well to save her fierce strike. Real Madrid held on to claim a fine win on their European debut. 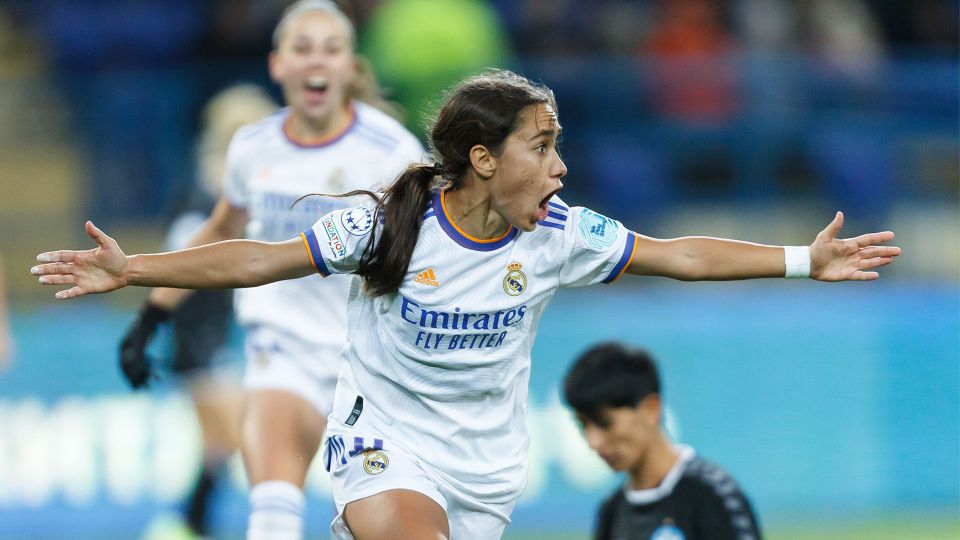