The French center, who checks in from the NBA, averaged 11.9 points and 8.3 rebounds in his final season in the EuroLeague.
Vincent Poirier (17-10-1993; Clamart, France) is Real Madrid's latest recruit and joins the club until 2024. The French international center, who measures in at 2.13m and is 27 years old, is currently one of the leading inside players in European basketball. He is an out-and-out number five and is very strong on rebounds and solid in and around the basket. He has previous experience in the ACB and the EuroLeague and checks in to bolster Pablo Laso's side following a stint in the NBA.

Real Madrid have secured the services of one of the most sought-after players on the continent. Poirier is currently in his prime and returns to Europe keen to prove his pedigree, which he showcased in his previous spell and that secured his move to the NBA in 2019 with the Boston Celtics, after which he turned out for the Philadelphia 76ers.

His career began at Paris-Levallois and Hyeres-Toulon in the French league. He enjoyed a sensational 2016/2017 season with the former at the age of just 23 as he averaged 11.2 points, 8.1 rebounds and a PIR of 15.1. His performances saw Baskonia move to sign him. He is sure to settle quickly at Real Madrid, given that he knows the ACB and EuroLeague inside out.

During his two seasons at the Vitoria-based club, he made 79 league appearances and averaged 8.9 points and 5.8 rebounds. He was named in the second best quintet of the 2018/19 ACB season, a campaign in which he dazzled in the EuroLeague, with an average of 11.9 points, 8.3 rebounds and a PIR of 17.7. He was the leading rebounder in the continental competition and earned a spot in the tournament's second best quintet. Poirier is set to join Tavares to form one of the most formidable inside pairings in European basketball. 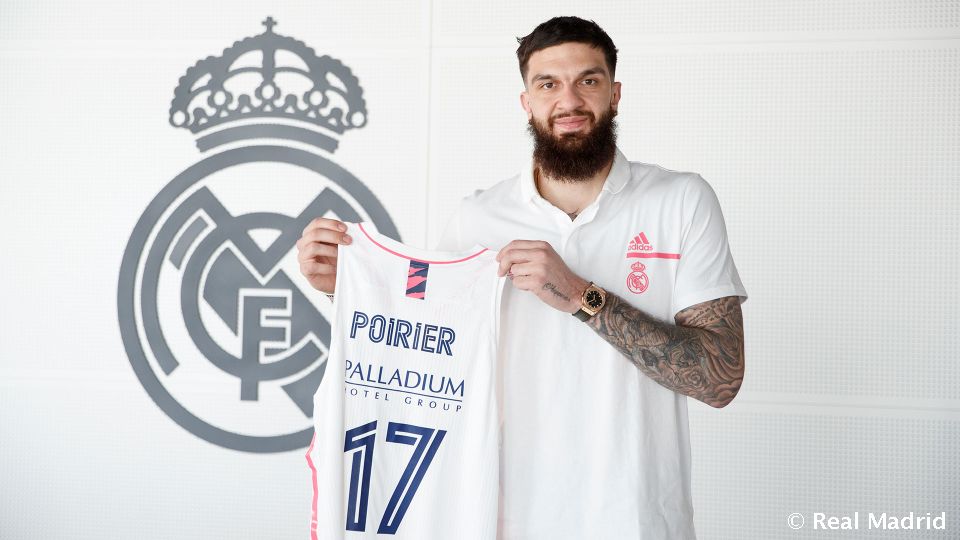