The Croat, who scored to make it 1-3 at the Camp Nou, reaches this feat in his ninth season at the club.
Modrić just keeps going at Real Madrid. The Croat, who completed eight years at the club in August, reached the 350-game landmark as a madridista in the Clásico at the Camp Nou, where he scored a spectacular goal with the outside of his right boot to make it 1-3. In the midfielder's nine seasons at the club he has won it all: 4 Champions Leagues, 4 Club World Cups, 3 UEFA Super Cups, 2 league titles, 1 Copa del Rey and 3 Spanish Super Cups.

Awards
During his sensational career, Modrić has received the most prestigious awards: the 2018 Ballon d'Or, The Best 2018 FIFA Player Award and the 2017/18 UEFA Player of the Year Award. In addition, he won the Golden Ball of the World Cup in Russia with his nation. 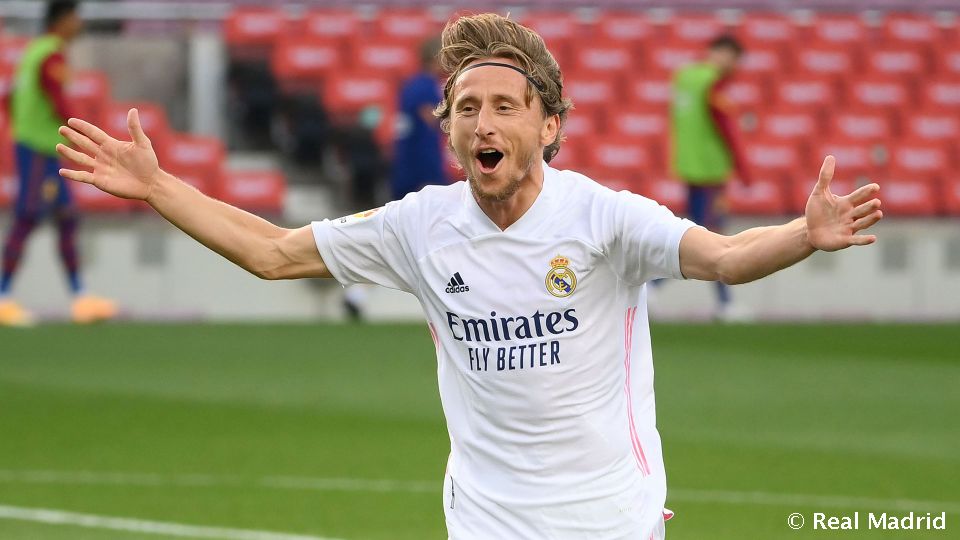