The Uruguayan has racked up 68 appearances for Real Madrid.
Today sees Federico Valverde celebrate his 22nd birthday. The Uruguayan midfielder is in the final stages of his second season as a member of the Real Madrid first team, for whom he has featured 68 times. This term he has enjoyed more game time and has recorded 43 appearances. He has also scored his first goals in the club's colours after netting in the trip to Éibar and in Real Sociedad's visit to the Bernabéu.

Valverde checked in at Real Madrid from Peñarol in the 2016/17 campaign and initially turned out for Castilla. The following season, he got his first taste of top-flight action with Deportivo de La Coruña and returned to Madrid in the summer of 2018. Since making his debut for the club in October 2018 in the Champions Leauge clash against Viktoria Plzen, Valverde has lifted three pieces of silverware: the Club World Cup, LaLiga and the Spanish Super Cup. He is also a mainstay of the senior Uruguayan national team. 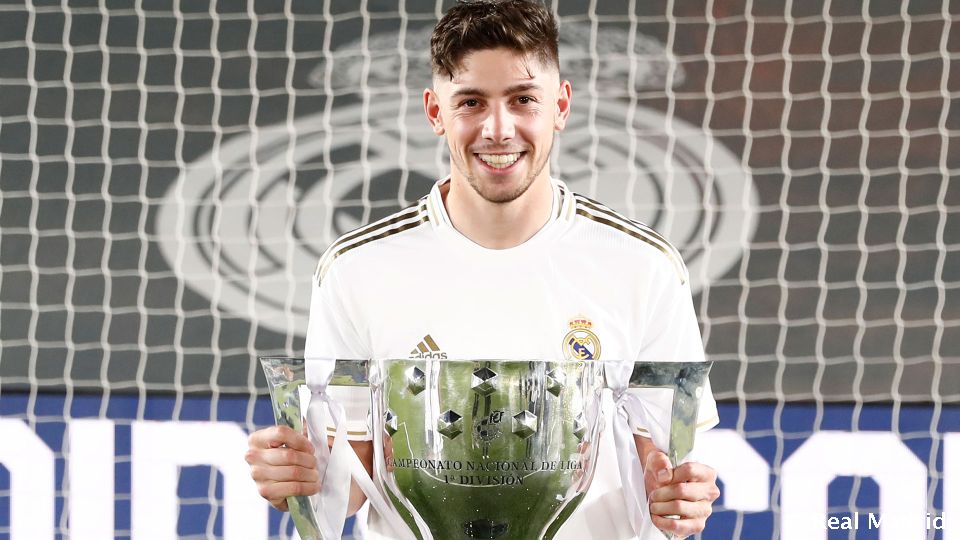