In the 1998/99 season, he scored the winner against Real Sociedad at the Santiago Bernabéu.
This week, in Historic Goals, the star man is Clarence Seedorf. The Dutchman arrived at Real Madrid from Sampdoria in the 1996/97 season. A midfielder with a long career, who stood out for his physical display and his technical quality.

In the 1998/1999 season, Real Madrid hosted Real Sociedad at the Santiago Bernabéu on Matchday 14. With the score at 2-2, in the final minutes of the match Seedorf stepped up to give the win to Real Madrid. In the goal that we have highlighted, he played a one-two with Suker, which left him alone in a one-on-one. As the goalkeeper came out, he dinked his shot over him to give the three points to the Whites. 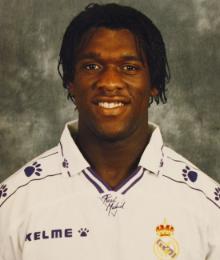