Di Stéfano, Kopa, Ronaldo, Zidane, Figo, Owen, Cannavaro, Kaká, Cristiano Ronaldo and Modric make up the list of the club's legendary award winners.
The 2018 Ballon d'Or secured by Luka Modric is just the latest in a long list of Real Madrid success stories when it comes to this prestigious distinction, which is awarded by the France Football magazine. Prior to the Croatian's achievement, another nine players have been recognised with the accolade whilst plying their trade for Real Madrid. The last madridista to land the gong was Cristiano Ronaldo, who did so five occasions: 2017, 2016, 2014, 2013 and 2008.

Alfredo Di Stéfano was the first Real Madrid player to claim the award. La Saeta Rubia, who left his mark on a whole era with the legendary side that captured the club's first five European Cup crowns, was awarded the Ballon d'Or in 1957 and 1959. He's also the only player to have won the Super Ballon d'Or, which recognises the best player in the history of the European game (1989). Raymond Kopa, who shared a dressing room with Di Stéfano, landed the prize in 1958 to further cement Madrid's dominance of the award.

Other players to feature in the list of Real Madrid Ballon d'Or winners are Zinedine Zidane, who won the accolade in 1998  following on from Ronaldo's triumph in 1997 and the Brazilian again claimed the distinction in 2002. This list is completed by Luis Figo (2000), Michael Owen (2001), Fabio Cannavaro (2006) and Kaká (2007). 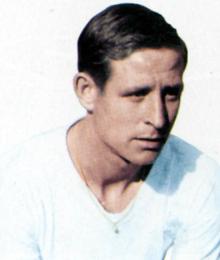