"I felt a special feeling when returning to a stadium that I called home for five seasons", declared Xabi Alonso.
Carlo Ancelotti, Xabi Alonso and Philipp Lahm took to the media room at the Santiago Bernabéu on the eve of their side's Champions League quarter-final second-leg encounter against Real Madrid, with the Italian boss previewing the game in the following terms: "We played well for 60 minutes in Munich and were in control. We have to now be able to do that for 90 minutes. To try and win the game, we have to put in a perfect performance, full of character and by using all of our quality".

"The first leg has put us at a disadvantage. We've now got less of a chance of progressing that we had at the beginning of the tie, but we've still got a chance. Madrid score in every game, but they also concede in all of their matches. They're dangerous because they're so ruthless in attack. If you allow Cristiano even the smallest of spaces, he'll go and score. These are the fine margins. Benzema is also on very good form".

Return to the Bernabéu
"As I've said many times, I have very fond memories of my two years here, they were unforgettable for us and that's what counts".

Lewandowski
"He's fine, he trained yesterday with the rest of the squad and had no issues. His presence will be a help, he scores a lot of goals and is a very important player. Having him involved gives us confidence. Boateng and Hummels both trained alone yesterday and we'll have to see how they get on with the ball. They're in with a chance of featuring".

Replacement for Bale
"They've got some very good players that are capable of coming in for Bale. Isco performed very well on Saturday. I've got a lot of affection for him, just as I have for everyone here at the Bernabéu. However, he's not my player and that's a decision for Zidane to make. If he calls me, I could always give him some advice (laughs). Lucas always does well and then there's always the option of playing James… I believe that we have to concentrate on ourselves".

Xabi Alonso: “Madrid are the defending champions and it's very tough to stop them"
"I felt a special feeling when returning to a stadium that I called home for five seasons. I really enjoyed my time, I hold special memories of everything that we did here. It's emotional to be back. This is a special game, I know this place, the team and the players inside out. There'll be no time for any of this tomorrow, it's a very important game, we know just how tough it'll be, but we'll be out to give the best possible account of ourselves".

"We're behind in the tie, but we're still alive. We have to score twice, it'll be tough but we know how to do that. Most of my teammates know this stadium well. We have to be brave and can't sit back and wait to see what happens. Whenever teams do that, Madrid are lethal and take no prisoners".

"There are no secrets, the two teams know each other well. It's a classic fixture within European football and we'll be giving our all to progress.  Madrid are the defending champions and are likely the best team in the world. They have one of the best squads in the world and it'll be tough. Regardless of how well you know the players, it's difficult to stop them. They can hurt you if you afford them even the slightest chance. It's really difficult to prepare for that".

Lahm: "We want to win and progress to the next round"
"We want to win, it'll be tough but we've shown that we can beat the top sides. Tomorrow we're keen to show all of our quality and progress to the next round. I recall some very special times here, my memories are split equally between good and bad ones. I hope that tomorrow we can tip the balance in favour of the good memories".

Lewandowski
"I'm no doctor, we want Lewandowski to play but don't know if he'll be fit. We're capable of performing very well, regardless of who plays. The side we put out will be a fantastic one". 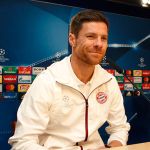