The forward won the most important individual award for the second successive year. With three Ballon d'Or awards, Cristiano is already a legend for Real Madrid and in world football.

The Ballon d'Or gala that took place in Zurich, once again crowned Cristiano Ronaldo as the best player in the world. The Madrid player was recognised for a fantastic 2014, during which he scored 61 goals (56 with the Whites) and won the Champions League, the Club World Cup, the European Super Cup and the Copa del Rey. Additionally, he set the best goalscoring record for a Champions League campaign (17 goals) and received his third Golden Shoe award.

The forward received 37.66% of the votes and beat Messi (15.76%) and Neuer (15.72%). The prize for Cristiano is a source of pride for the club as  explained by Florentino Pérez following the ceremony: “It was a party for Madrid fans. He wants to beat all of the records and is going for a fourth Ballon d'Or". Ancelotti also highlighted the importance of the award for the club: "Cristiano's prize belongs to everyone at Real Madrid”.

The third Ballon d'Or of his career made Cristiano Ronaldo the focus of the world's sporting press. On the return flight from Zurich, the Madrid players who won prizes at the FIFA gala celebrated the awards. In the training session the following day, all of the squad was able to congratulate the prize winners and pose with the trophies.

Madrid players had starring roles at the Ballon d'Or gala as they were involved with various prizes. Cristiano Ronaldo, Ramos and Kroos were part of the FIFA FIFPro World XI. Additionally, James Rodríguez won the Puskas Award for the best goal of 2014 and Carlo Ancelotti was the second best coach of the year for FIFA. 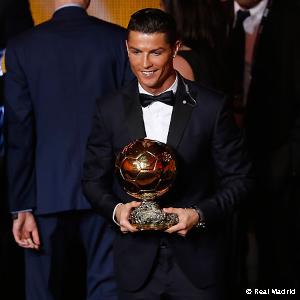 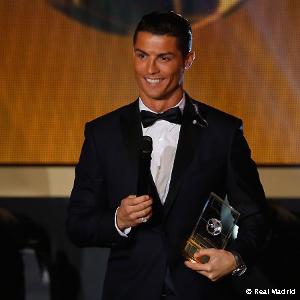