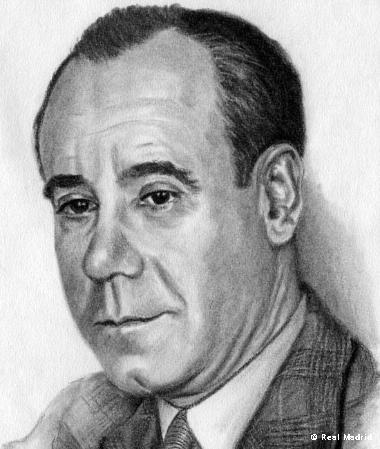 Luis de Urquijo was the president who oversaw the transition from the amateur Real Madrid to the new professional club. He was the first to spend money on important signings for the team and he also built the first ground at Chamartín, which would one day become the present day Santiago Bernabéu Stadium. His approach to football was to blend pure talent, good psychology and a permanent smile upon his face.

Because Luis de Urquijo was the Marquess of Bolarque and a leading figure in the world of high finance, he was able to lay the economic foundations for the future greatness of Real Madrid. He was quick to adapt to the changing times of the first quarter of the 20th century which saw football in Spain become professionalized and, during this period, he signed the first professional contracts to bring Miguel Álvarez García (Miguelón) and José Mª Peña Saralegui to the club.

His overall objective was to free Real Madrid of financial burdens and allow the club to achieve the financial independence which he saw was essential in order to continue to grow and succeed in football. One of the first steps he took in this direction was to review the rental agreement on the Chamartín ground and to decide to buy this land in order to avoid paying so much interest.

During his presidency, Real Madrid travelled to America in 1927 to promote Spanish football, which was quite an unusual event for the time and created a great deal of expectation. When the team left Barcelona for Argentina, the group of travelers was personally led by Santiago Bernabéu. The tour finished in New York where the Whites won the Silver Cup. Two years after this American adventure, Luis de Urquijo left his post as president of the club.