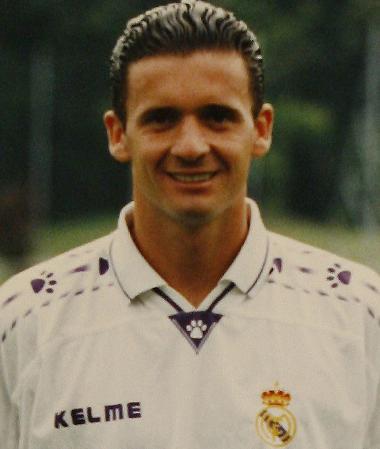 The hero of the ‘Seventh’

His goal against Juventus in the final of the club’s seventh European Cup title forever placed him on a pedestal at Real Madrid. That night the Whites returned to the top of continental football after a 32-year drought. This and his unquestionable quality reserved him a place amongst the club’s legends.

A good dribbler, fast and with a great shot, Mijatovic was one of the most elegant footballers to have ever set foot on the Bernabéu. Signing from Valencia, after having excelled with many fine performances, the Balkan forward came to coach Fabio Capello’s team to add trophies to his résumé.

Success did not take long to arrive for this competitive and winning player. In his first season at the club he won La Liga title. From there it was the marvellous journey towards the seventh European Cup title. After winning the group stage, Leverkusen and Dortmund crossed paths with the Whites on their way to the final. The Amsterdam Arena crowned Real Madrid and Mijatovic as the kings of that edition of the European Cup.

A permanent fixture of the Yugoslav national team, and World Champion at Under-19 level, Pedja earned 65 caps. He participated at the World Cup in France and the European Championship in Belgium/Holland. An idol for Madrid fans, he was the club's sporting director between 2006 and 2009, winning two La Liga titles in that time. 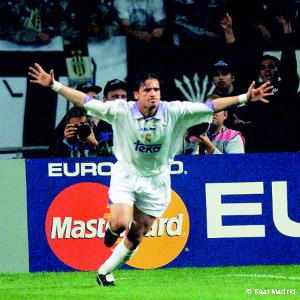