The concert hall at Madrid’s Complejo Duques de Pastrana hosted the latest edition of the Luis de Carlos Forum, which was organised by the Real Madrid Foundation and Mirabaud. The event was entitled 120 años de leyenda. Deporte para todos (120 years of legend. Sport for all). Enrique Sánchez, the Foundation’s executive vice-president, presided over a gathering that was moderated by Realmadrid TV journalist Álvaro de la Lama and featured the participation of the following madridista legends: Amancio Amaro, Emilio Butragueño, Raúl González, Iker Casillas and Felipe Reyes; the head of the Women’s Football Department at Real Madrid, Ana Rossell; and Real Madrid Women player, Kenti Robles; the president of the ONCE organisation and the Spanish Paralympic Committee, Miguel Carballeda; and Lionel Aeschlimann, managing partner at Mirabaud and CEO of Mirabaud Asset Management.

Butragueño, the club’s director of institutional relations, was the first to take the floor: “Real Madrid is the club it is thanks to the millions of people and millions of fans that we have across the five continents  who have helped us to become the club that we are today. Twenty-five years ago, Real Madrid decided to create a foundation with a single objective in mind: to repay society for part of what it gives us and offers us on a daily basis. Our mission is to lead socio-sporting projects, particularly for those in need and sport represents an ideal tool in terms of education, cooperation and integration.” When asked to sum up the club’s 120-year history in a single phrase, he responded: “Pride”.

Raúl was next to address the audience: “The fact that the club has been in so many Champions League finals and won them in recent years means that every child wants to be a Real Madrid fan nowadays and wants to be like Benzema, Courtois, Modric or Vinicius. It's not until you travel abroad that you realise that this club has supporters right across the world.” In relation to the team’s comebacks, he commented, “Things happen at Real Madrid that you simply cannot explain and the supporters never stopped believing and they were the ones that won the game for us.” The former player also shared an anecdote about Butragueño: “He took me to his house to meet his family and explained everything that Real Madrid means. That just shows you what a great person Butragueño is.”

The next madridista to take centre stage was Amancio, who had the following to say on Carlo Ancelotti’s team: “This season we've seen evidence of Real Madrid’s DNA. Every player that joins the club has to have that mentality,” before going on to share a story that sums up Madrid's competitive spirit: “We played Anderlecht and were losing 3-0. Butragueño was on the massage table. I went over to him and said: ‘You're going to score three goals’ and the guy only went and scored the three goals.” The next speaker was Casillas, who commented that: “As a player, when you're in your routine you're under constant pressure, but time passes so quickly that you don't take stock and when you come to reflect on what you've achieved it's incredible and you feel as if you want to do it all over again and put even more energy into it.” Reyes was in attendance to represent the basketball department and he declared that: “It's all about values such as sacrifice, never giving up, the madridista DNA and fighting until the end. We try to instill all of those things in new players and the boys who come up through the academy.”

Rossell and Robles were the next madridistas to speak, with the former commenting that: “There's one thing that all of us athletes at Real Madrid have in common and that's our spirit of self-improvement and that applies to both the males and females. Our mission is to instill that competitive gene and the madridista DNA. We've only been going for two years, but right since we started, we’ve felt part of this club’s history.” Meanwhile, the madridista player insisted that: “We promise to give our all out on the pitch. I know that we've only just started, but we have to put this club’s crest in its rightful place. I was born in Mexico and people over there are crazy about Real Madrid.” Aeschlimann rounded off the evening as he spoke about the financial aspect: “We contribute to ensuring that the financial sector progresses towards a better and fairer society for all,” whilst Carballeda referred to paralympic sport: “True equality of opportunities enrichens society, but everyone must be catered for and sport plays a great role in ensuring that the chain isn't broken.” 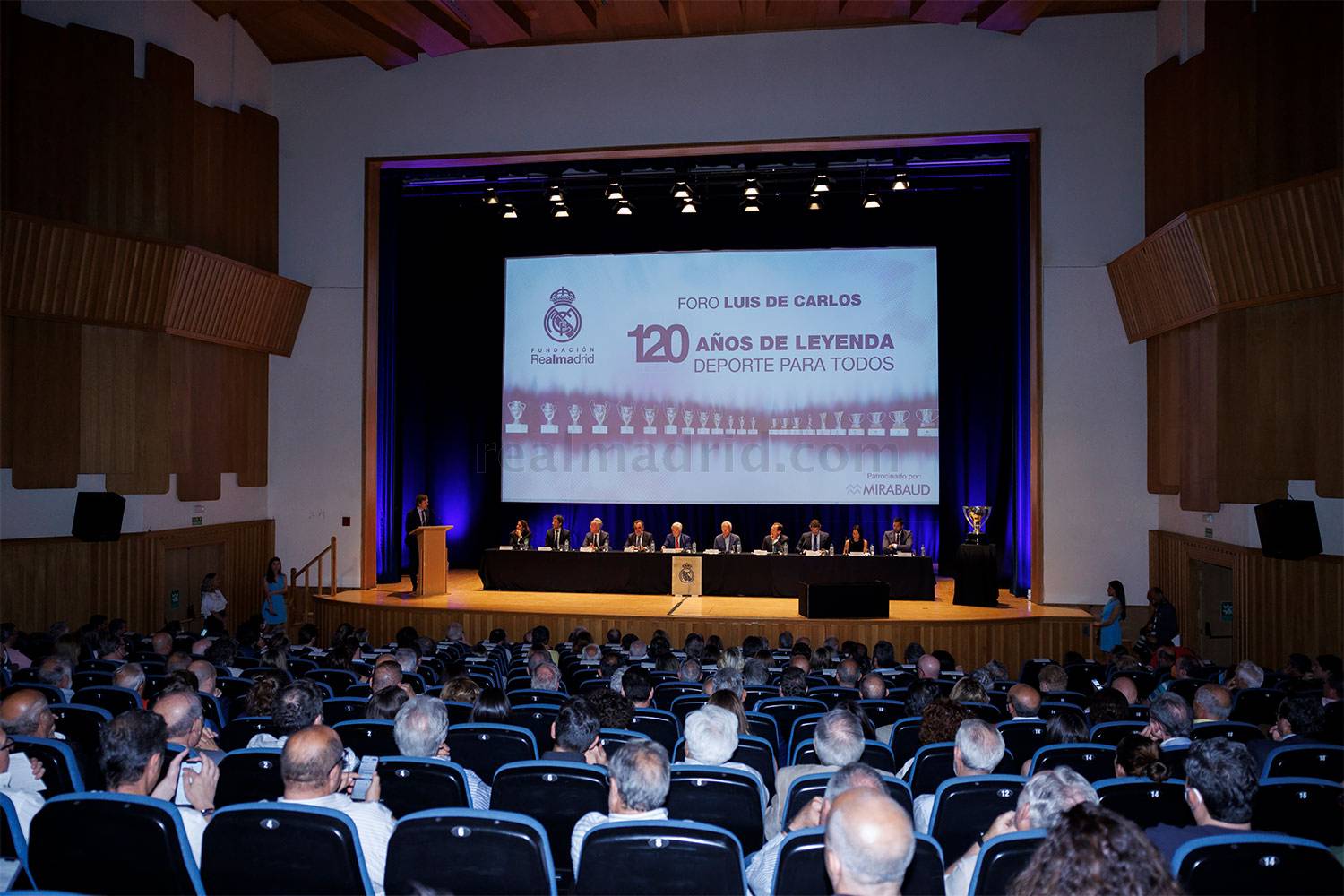 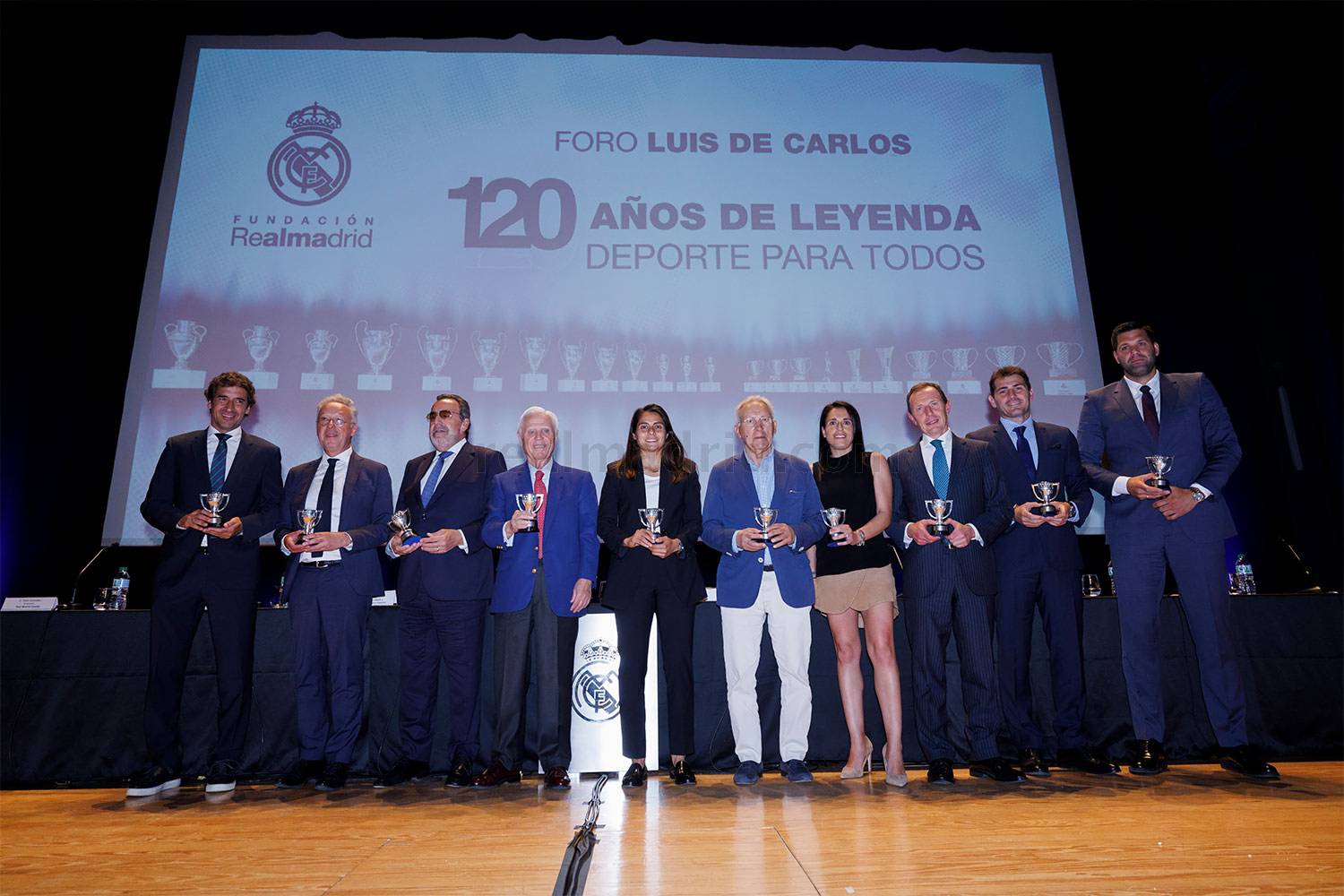 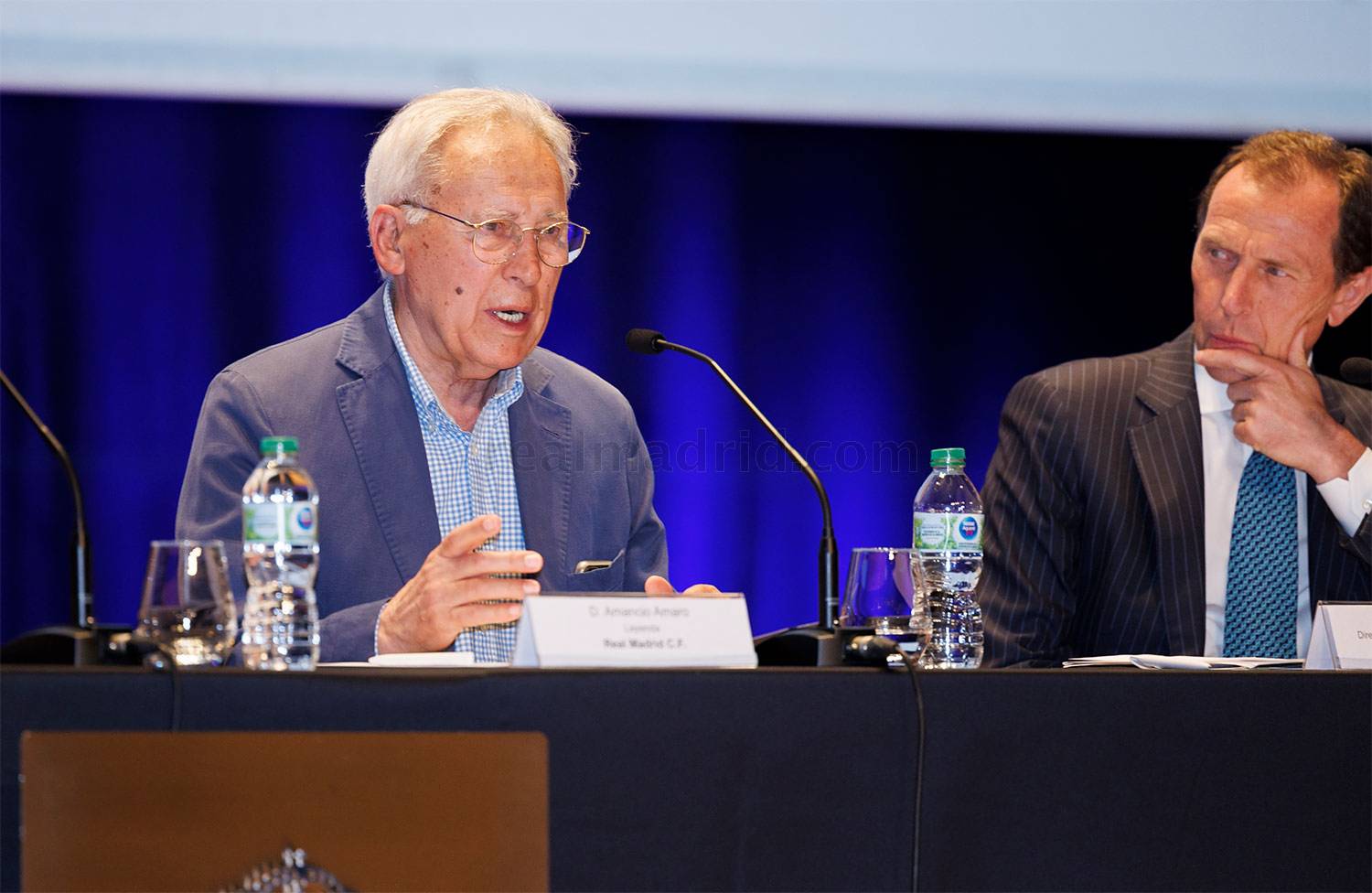 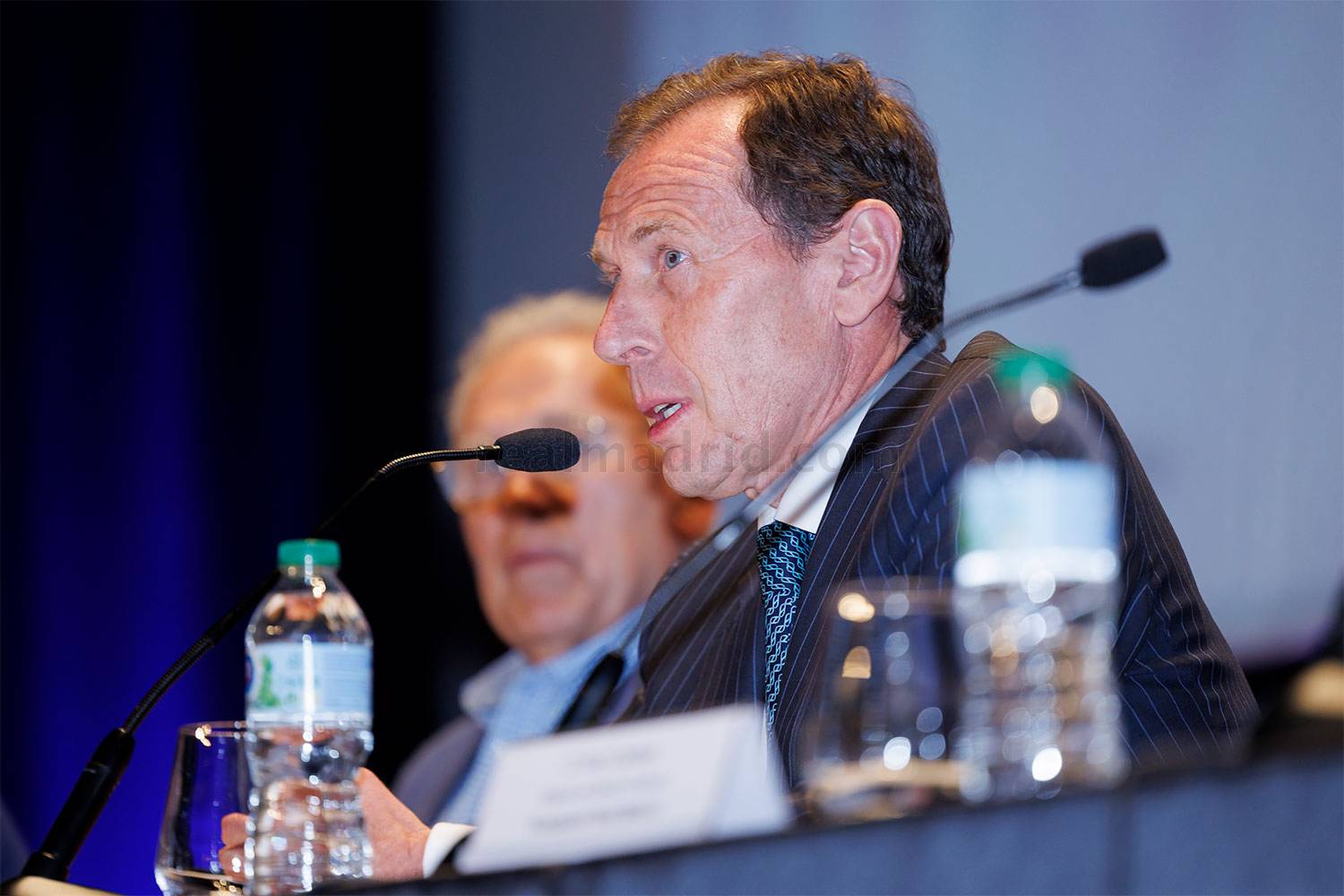 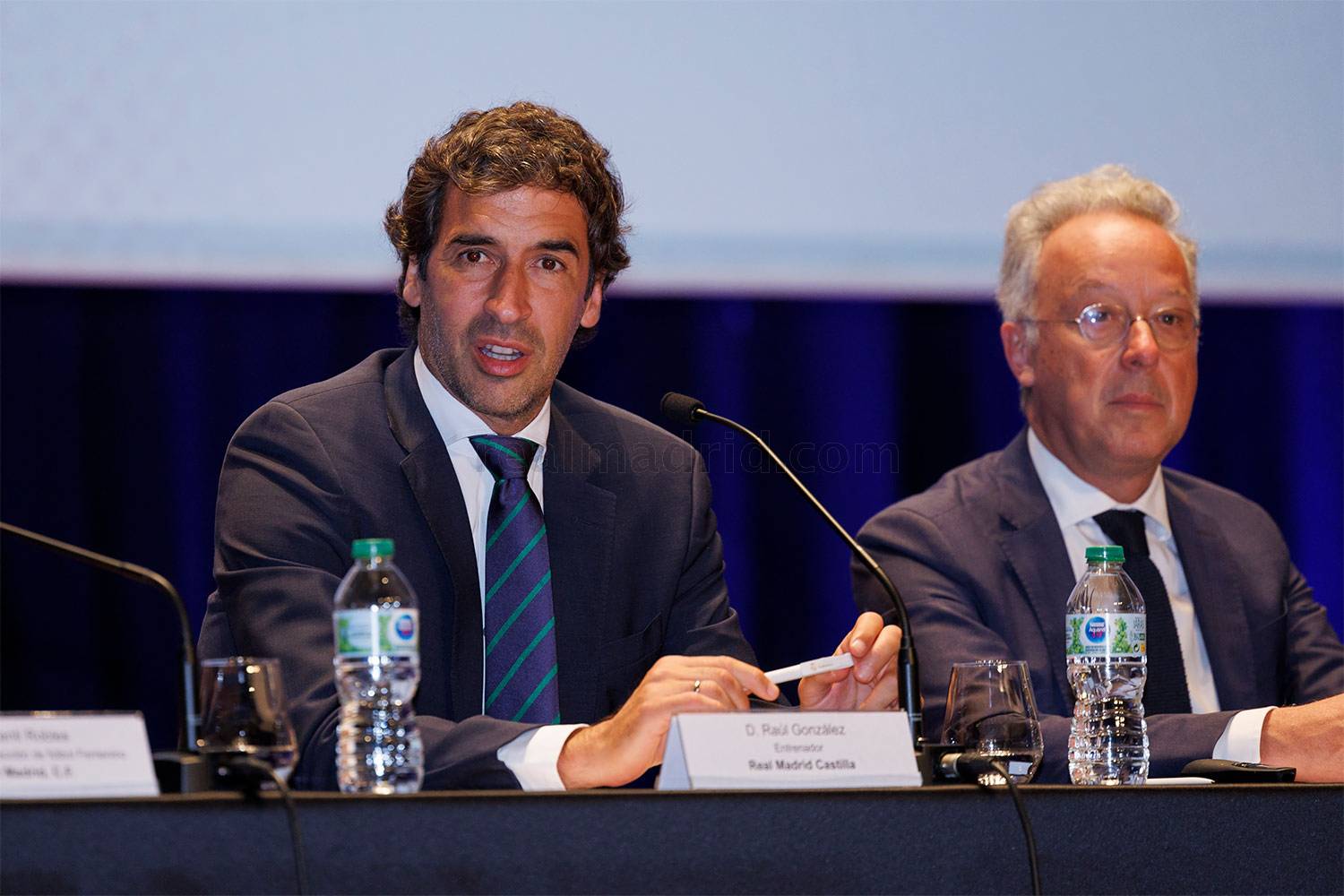 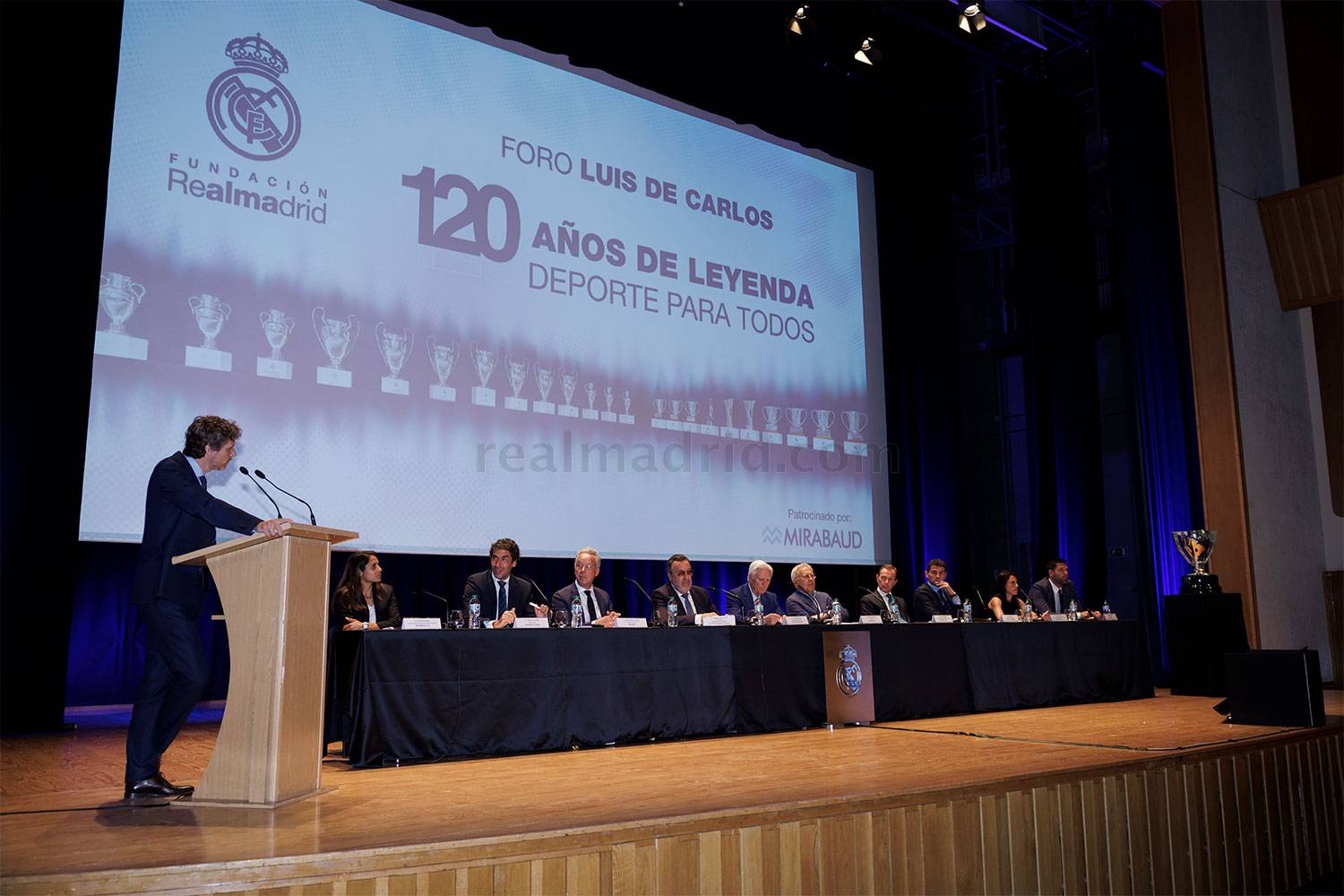 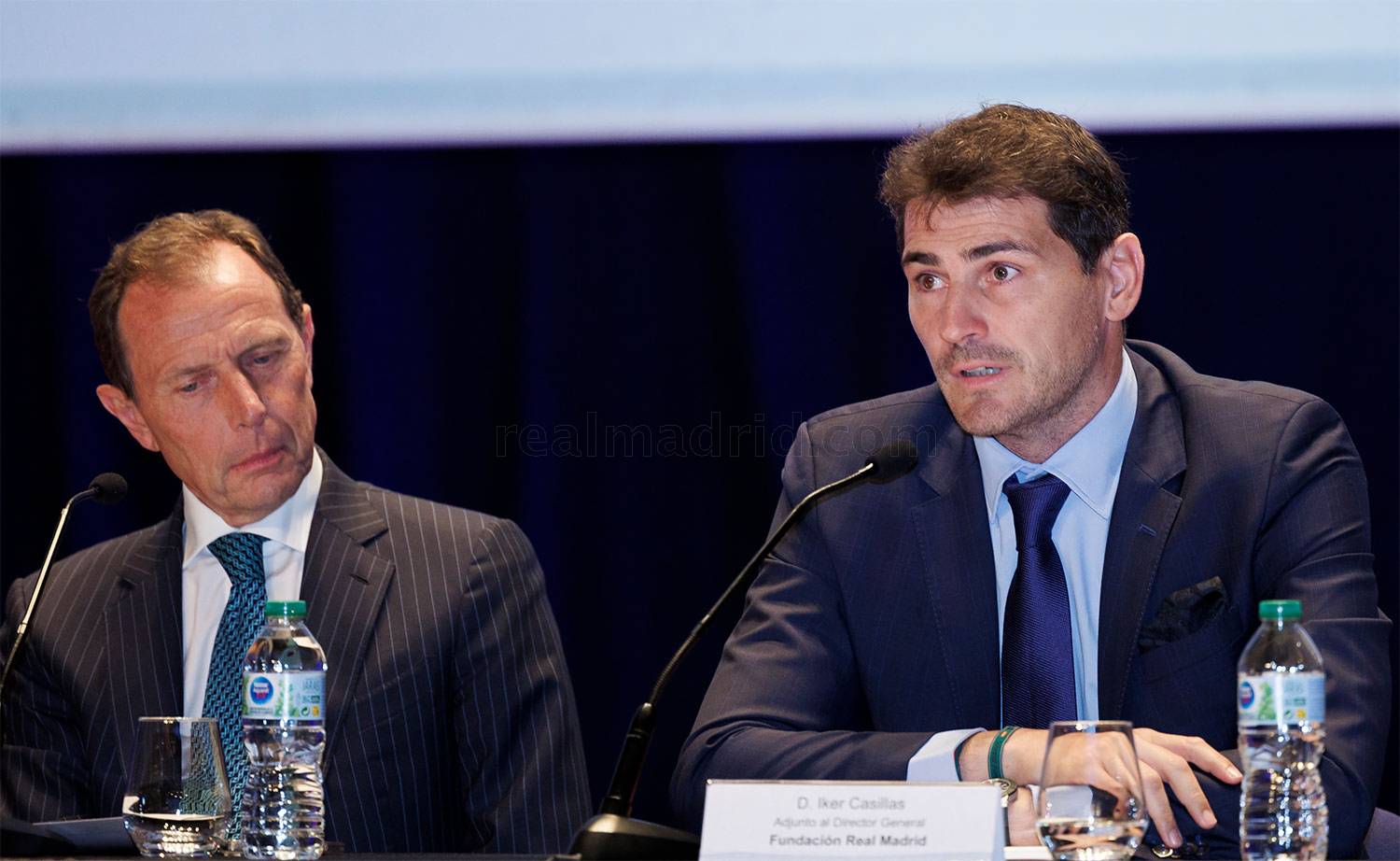 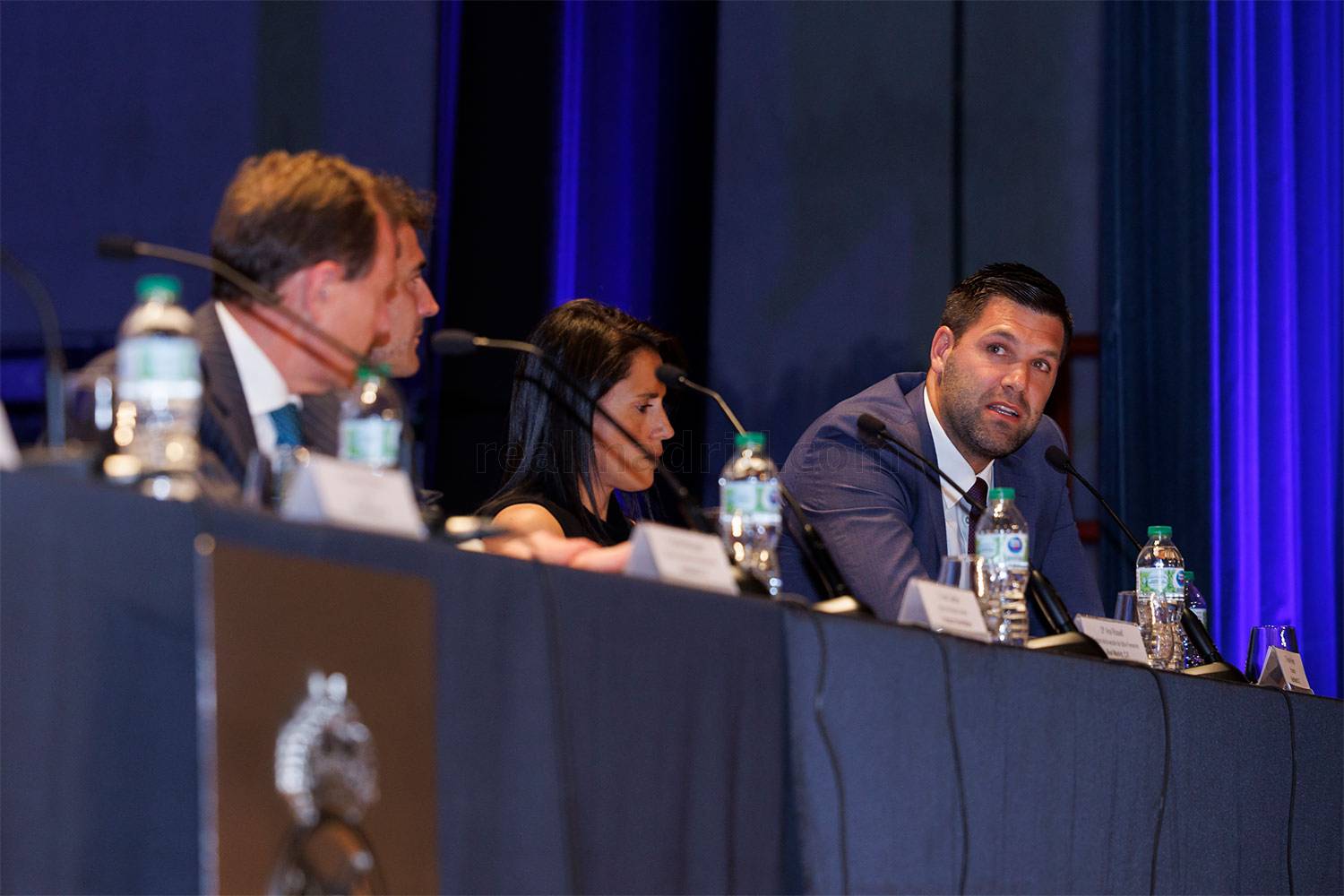 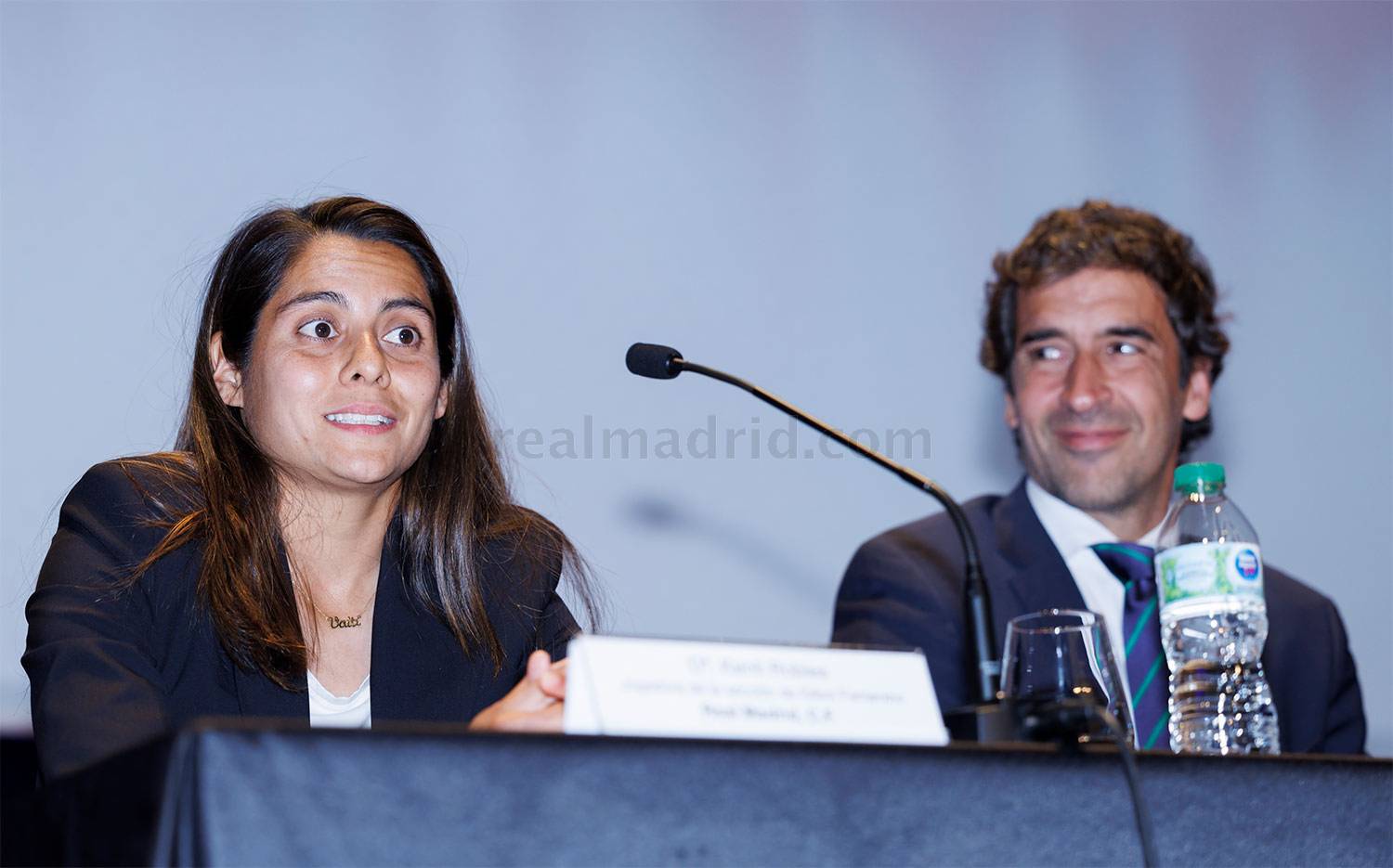