Real Madrid pick up a draw in Valencia 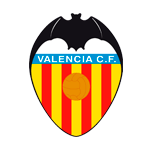 The team had several chances to score, hitting the post three times, but will now play for a place in the Women’s Champions League on the final day.

Real Madrid picked up a point at the Municipal Antonio Puchades in the penultimate round of the Primera Iberdrola campaign. The madridistas drew on their trip to Valencia, with only the width of the post stopping our team from taking all three points. Alberto Toril's charges will now face Villarreal in the final game of the season at Real Madrid City as they look to clinch a Women’s Champions League spot next season.

The team were dominant from the off and Olga was the first to try her luck with an effort from inside the box that the goalkeeper turned behind for a corner (10’). Following the corner kick, Lucía caught hold of a fine strike from the edge of the area but it flew just off target. Eleven minutes on, Maite laid the ball to the onrushing Olga on the left-hand side but her fierce right-footed shot crashed back off the crossbar. Zornoza then had another go from the edge of the box, forcing the goalkeeper into a superb diving stop. With half an hour gone, the hosts had two shots on goal but both ended up safely in Misa's gloves. Just before half-time, Esther came within inches of opening the scoring but her effort skimmed the outside of the post.

Luck deserts Madrid
Following the restart the madridistas continued to press on in search of a goal and six minutes into the second half, Olga crossed for Esther, whose header found its way into Enith's hands. Olga whipped in another cross with an hour gone, this time for Asllani, who was unable to find the target. With 70 minutes on the clock, Esther enjoyed two great opportunities to break the deadlock, first with a left-footed strike which again came back off the upright, and then with a curling effort which flew just over. Despite creating a deluge of chances, our team ultimately failed to take all three points on the road.