Castilla take a point at the Estadio Balear 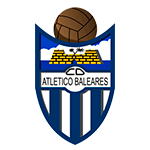 The hosts went ahead at the start of the second half but a 75th-minute Dotor strike clinched a point for the academy side.

Real Madrid Castilla picked up a draw on their visit to Atlético Baleares on Primera RFEF matchday 33. The hosts went ahead at the start of the second half but Raúl's boys refused to give in and chalked up a point thanks to Dotor's 75th-minute goal. Our academy side's next fixture comes at home against Cornellà.


The early stages of the game produced an evenly-matched affair with few real chances of note. With 10 minutes gone, Atlético Baleares did shoot on goal but Ignasi's effort flew over the bar. The hosts began to take control of the game as the minutes ticked by and with half-an-hour gone, Manel's scissor-kick just failed to find the target. The clearest chance so far also went the way of the islanders, when Pastrana unleashed a left-footed drive from the edge of the box and Fuidias had to get across sharply to keep it out with a superb diving save.

Video.1-1: Castilla take a point at the Estadio Balear

Dotor strikes
With the second half barely underway, Atlético Baleares went ahead when Dioni got the better of Fuidias. The madridista response came in the form of a long-range Peter effort which ended up in René's gloves (57’). Raúl then brought on Theo and Dotor, the latter being responsible for the leveller with 75 minutes on the clock. Peter sent in a corner and Gila rose to meet it, but the defender got the block on and the ball fell to Dotor in the six-yard box, the striker turning home to make it 1-1. The point wasn't going to be enough for Castilla and they immediately went on in search of a winner. Dotor was close to doubling his tally when he fired a Theo cross from the left just over the bar (80’). The scores remained the same though and the youth team will have ultimately been pleased with the point on a tough trip to the Estadio Balear.