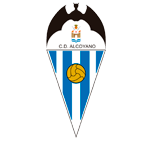 Raúl’s side opened the scoring from the penalty spot through Arribas, but Alcoyano equalised with a penalty in the closing stages.

Castilla picked up a useful point on a tough away outing at El Collao on matchday 19 of the Primera RFEF. Raúl’s men took the lead through Arribas from the penalty spot, but luck was not on the visitors’ side and a penalty awarded against Gila saw Alcoyano level in the 80th minute of the clash. The result sees the academy side extend their unbeaten run to four games.

Alcoyano applied the pressure in the early stages and pinned Castilla back in their own half during large parts of the first half.  But the Whites were solid at the back and managed to keep the hosts at bay, with the exception of a couple of long-range efforts from López and Vega. Raúl’s side gradually grew into the game and enjoyed more possession, while taking the game to the hosts. Madrid began to carve out chances and in the 26th minute, they had their best one when a fierce strike by Morante from the edge of the area was well saved by the Alcoyano goalkeeper. Both the León-born midfielder and Arribas on the right wing were the team’s most dangerous players in the first 45 minutes.

Castilla come close to clinching victory
Castilla made a bright start to the second half and got their reward shortly into it. Three minutes after the restart, Morante went close when his strike skimmed the right-hand post of the Alcoyano goal and on 51’ the visitors broke the deadlock. As Arribas controlled the ball inside the area it struck a defender’s hand and the referee awarded a penalty, which was converted by the Madrid number 10 to score his sixth goal of the campaign. The goal spurred the hosts on but Fuidias came to his side’s rescue. The academy side defended solidly to survive the hosts’ onslaught, but a cross from the right by Primi on 80’ led to a handball by Gila and the referee gave the hosts a penalty - Blanco converted the spot-kick to draw his side level. The madridistas were reduced to ten men for the final minutes when Retuerta was shown a second yellow card. Before the clash, a minute’s silence was held for Real Madrid legend Francisco Gento, who passed away on 18 January.