All square against Osasuna 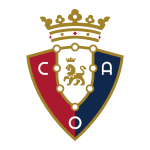 Real Madrid made enough chances to take the three points fell short of the win at the Santiago Bernabéu.

Real Madrid played out a goalless draw at the Santiago Bernabéu, failing to find the target despite having the lion's share of possession and chances against Osasuna. The first dangerous moment of the night came on 22 minutes, when Asensio drove forward on a swift counter-attack before feeding Camavinga, but his right-footed effort ended up in the side-netting.

Two minutes later, controversy reigned as Torró stamped on Vinicius Jr.'s foot inside the Navarran penalty area, but the referee opted not to point to the spot. With half-an-hour on the clock, Militão tried his luck from range, but his fierce drive was punched clear by Herrera. One minute later, Vinicius Jr. picked up the ball off-balance and his sweetly-struck shot whipped just the wrong side of the post.

Video.0-0: All square against Osasuna

After the re-start, Ancelotti brought on Rodrygo for Camavinga. In the 50th minute, Osasuna had their best chance of the game from a counter-attack which saw the ball squared to Moncayola, but his side-footed effort came back off the post with Courtois beaten. The game was now being played at a frantic pace as Real Madrid launched attack after attack. On 61’, a fine cut-back by Benzema inside the area took him away from two defenders but his left-footed shot struck the crossbar.

The Whites now had Osasuna pinned back in their penalty area and although the visitors struggled to get out of their own half, they remained solid at the back. Casemiro almost caught out Herrera on 81’ when his shot from inside his own half swerved narrowly over the bar. Marcelo also went close when the left-back linked up well with Vinicius Jr. seven minutes later, but he failed to beat the keeper in a one-on-one. There were only time four minutes of stoppage time added on and Real Madrid kept attacking but the deserved goal just wouldn’t come. 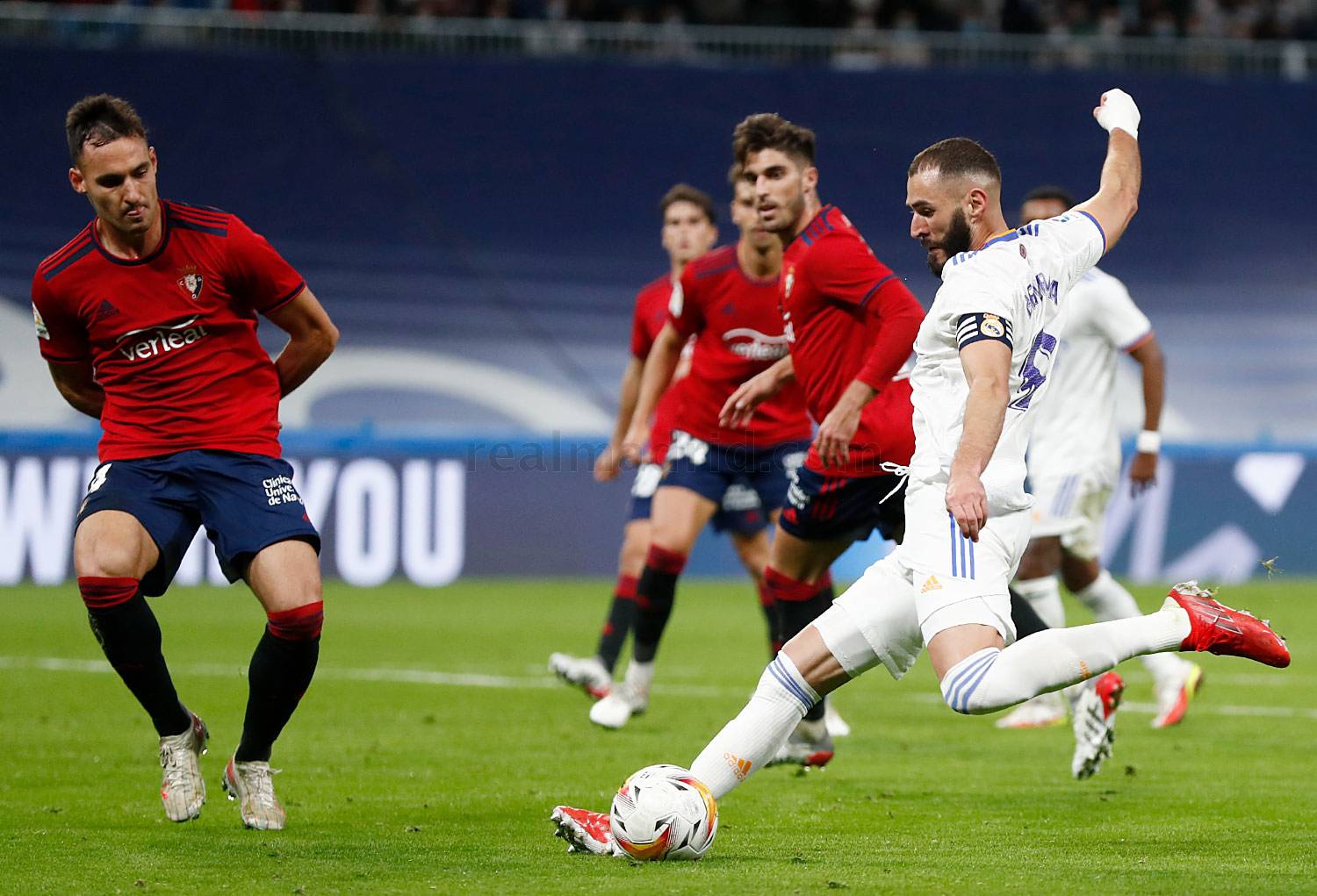 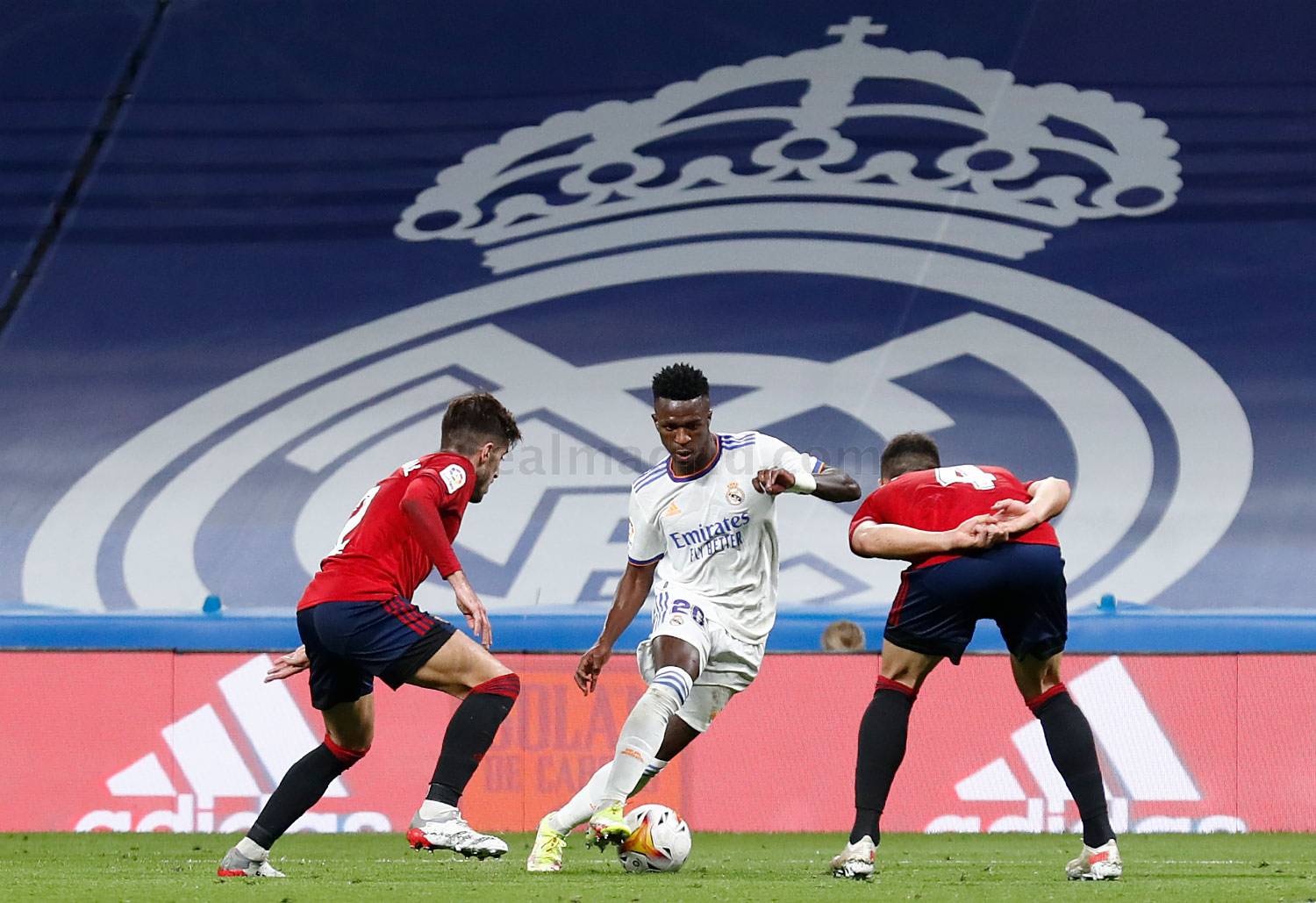 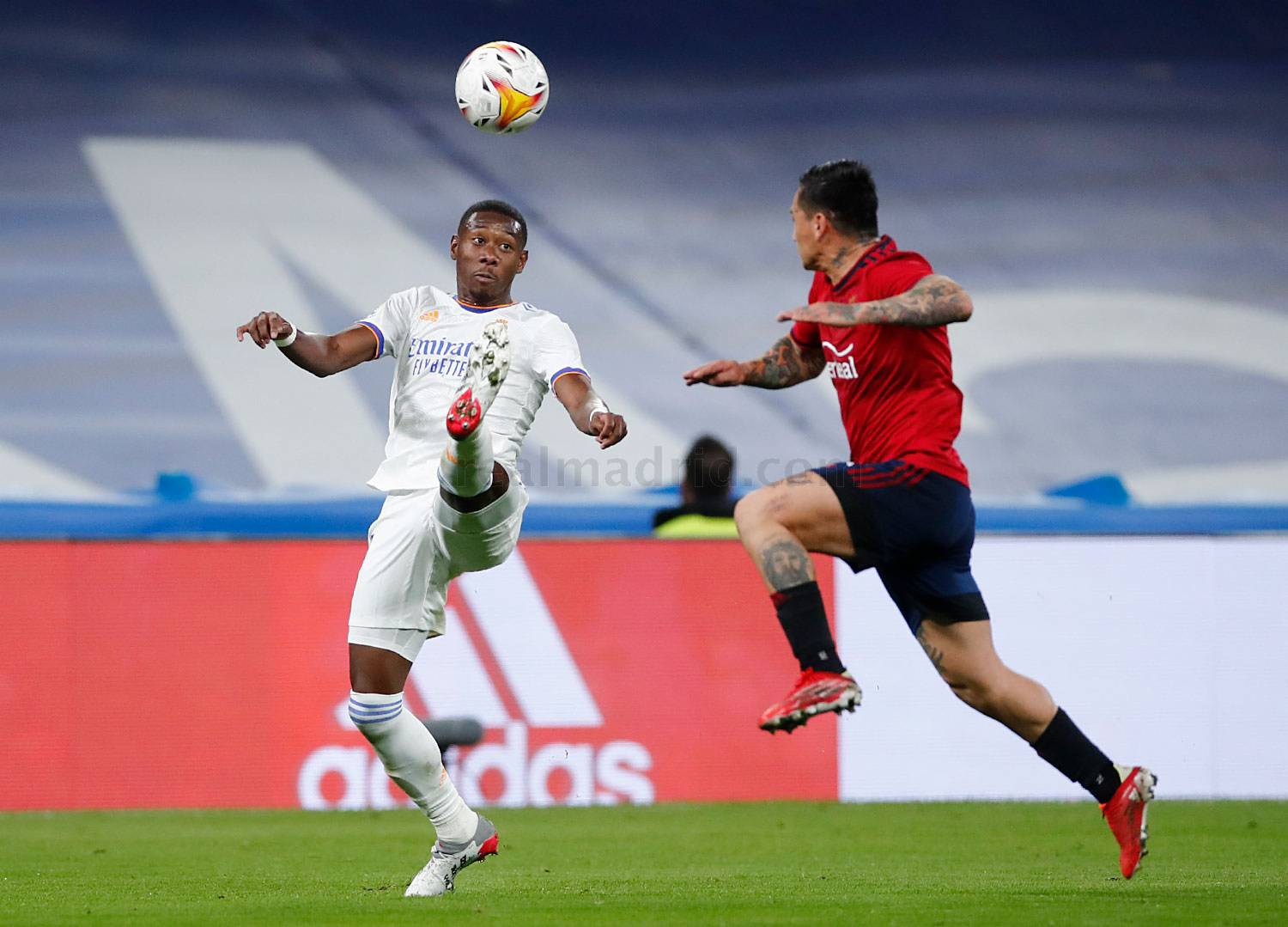 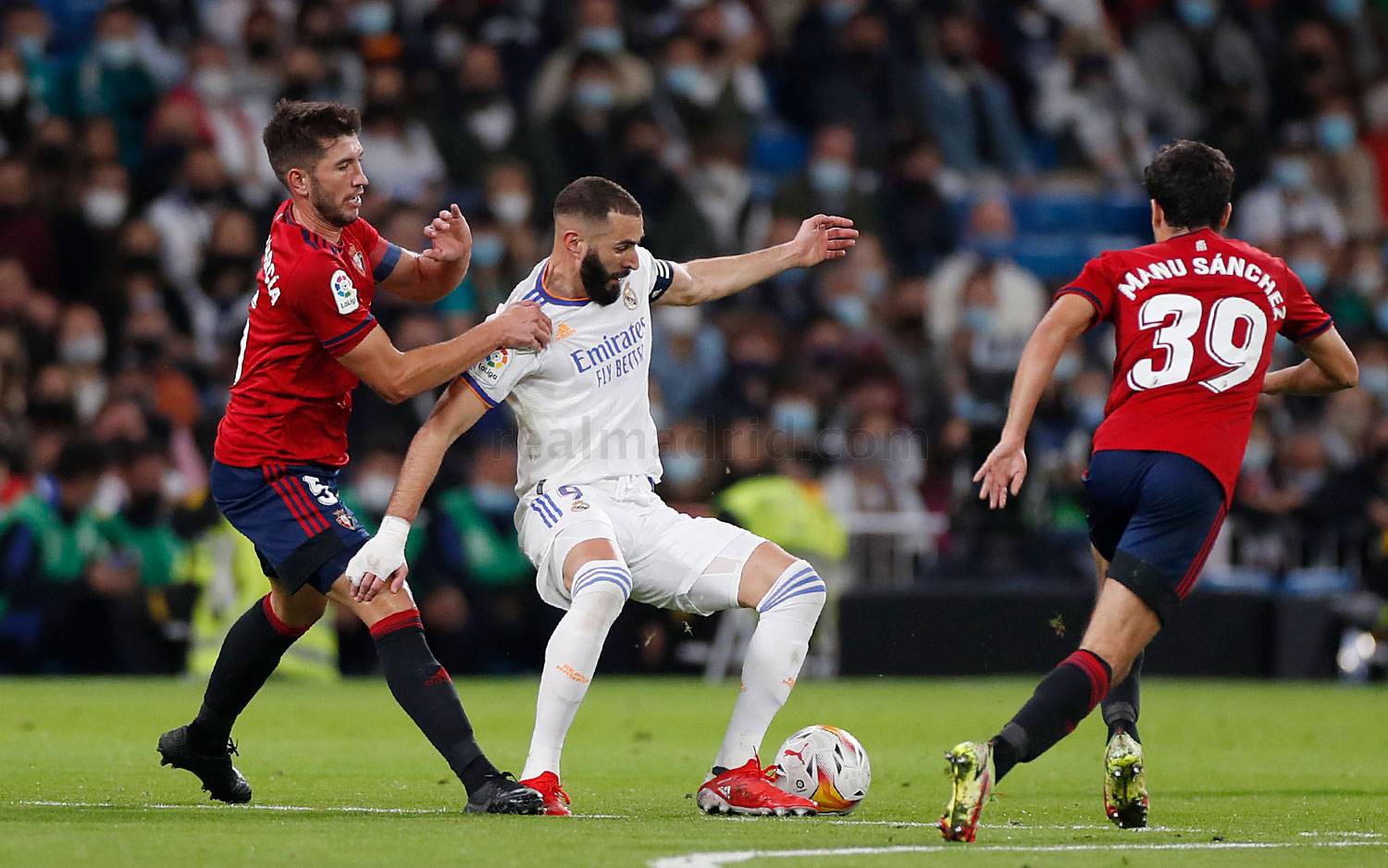 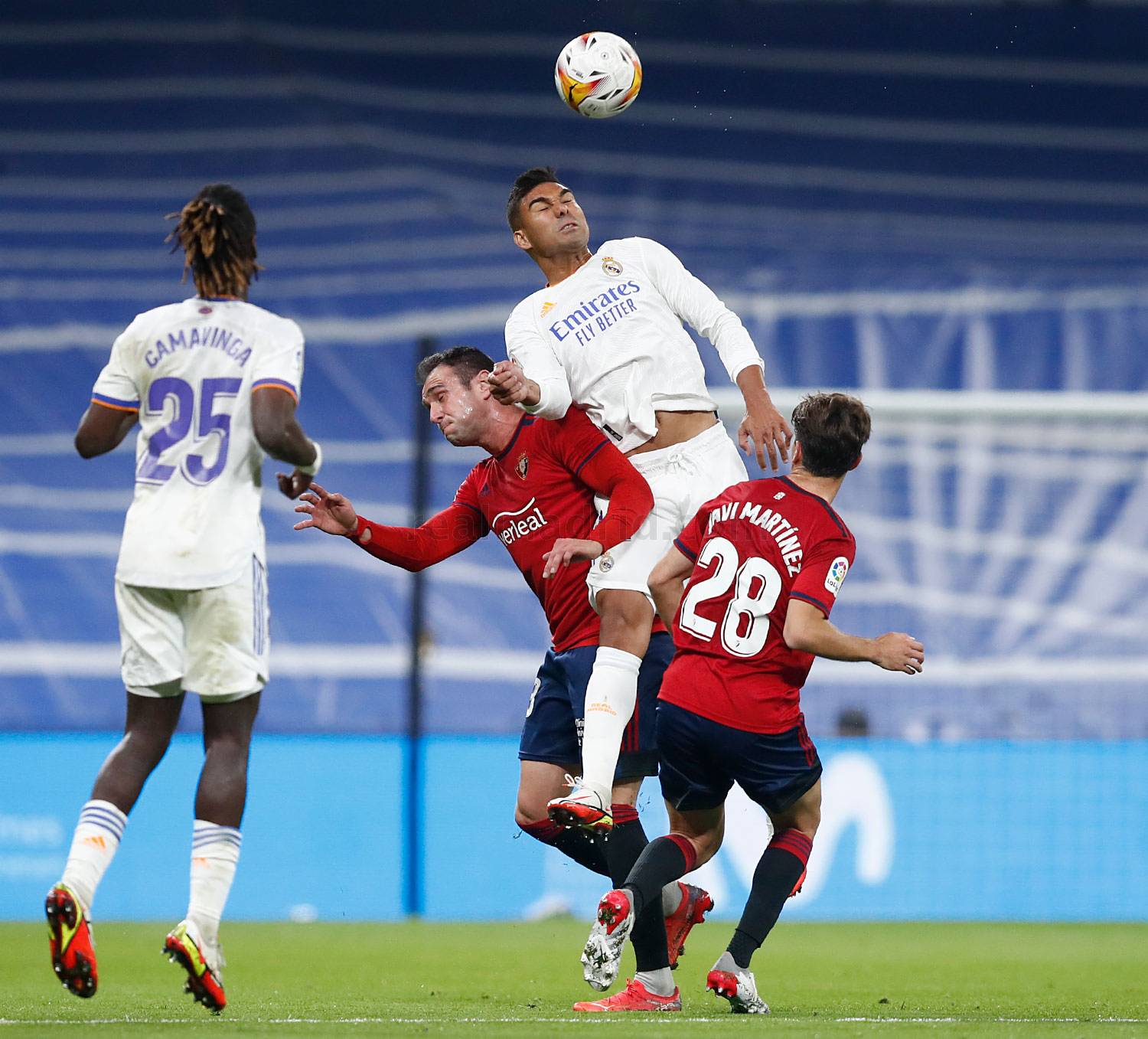 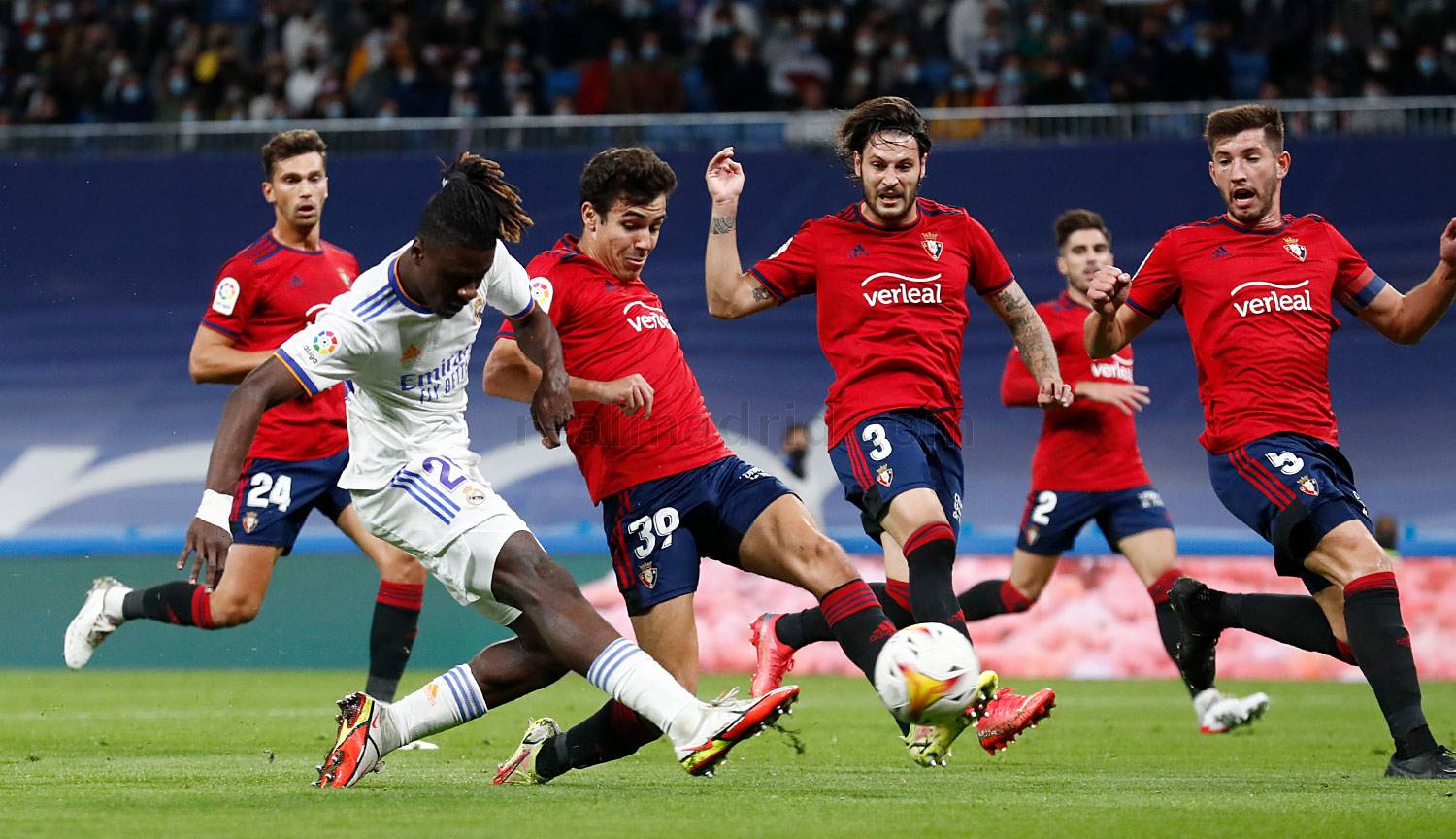 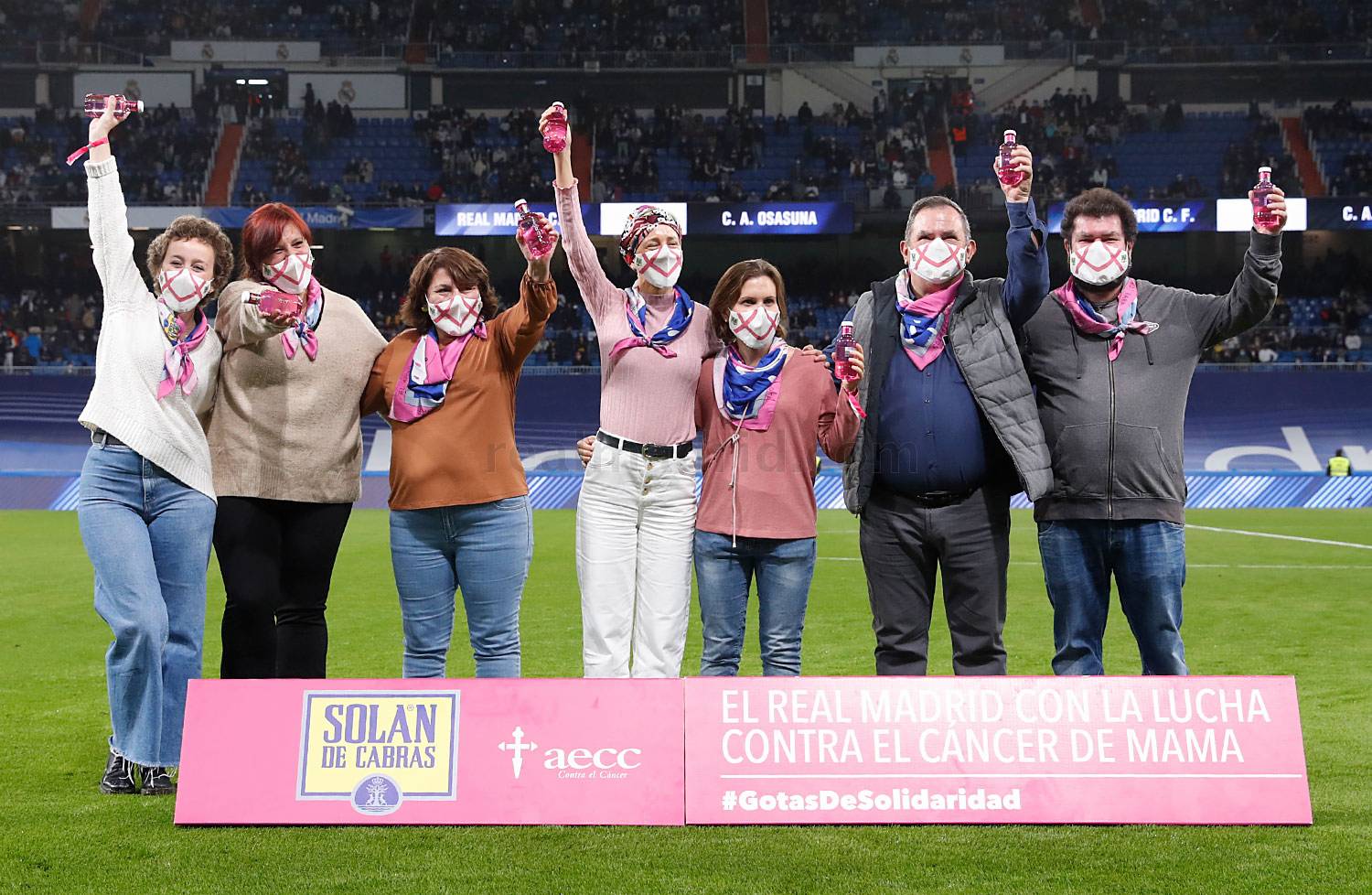 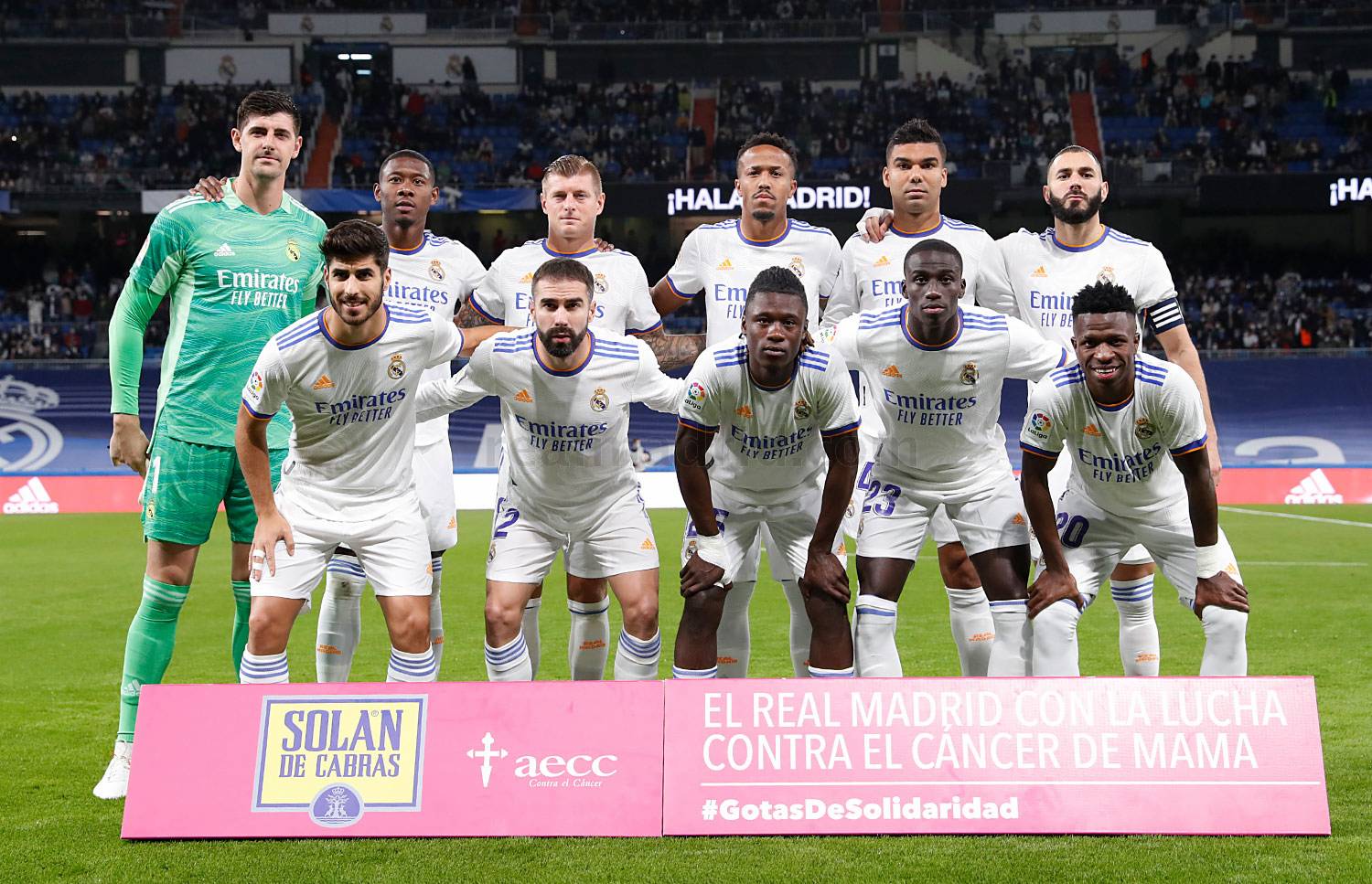 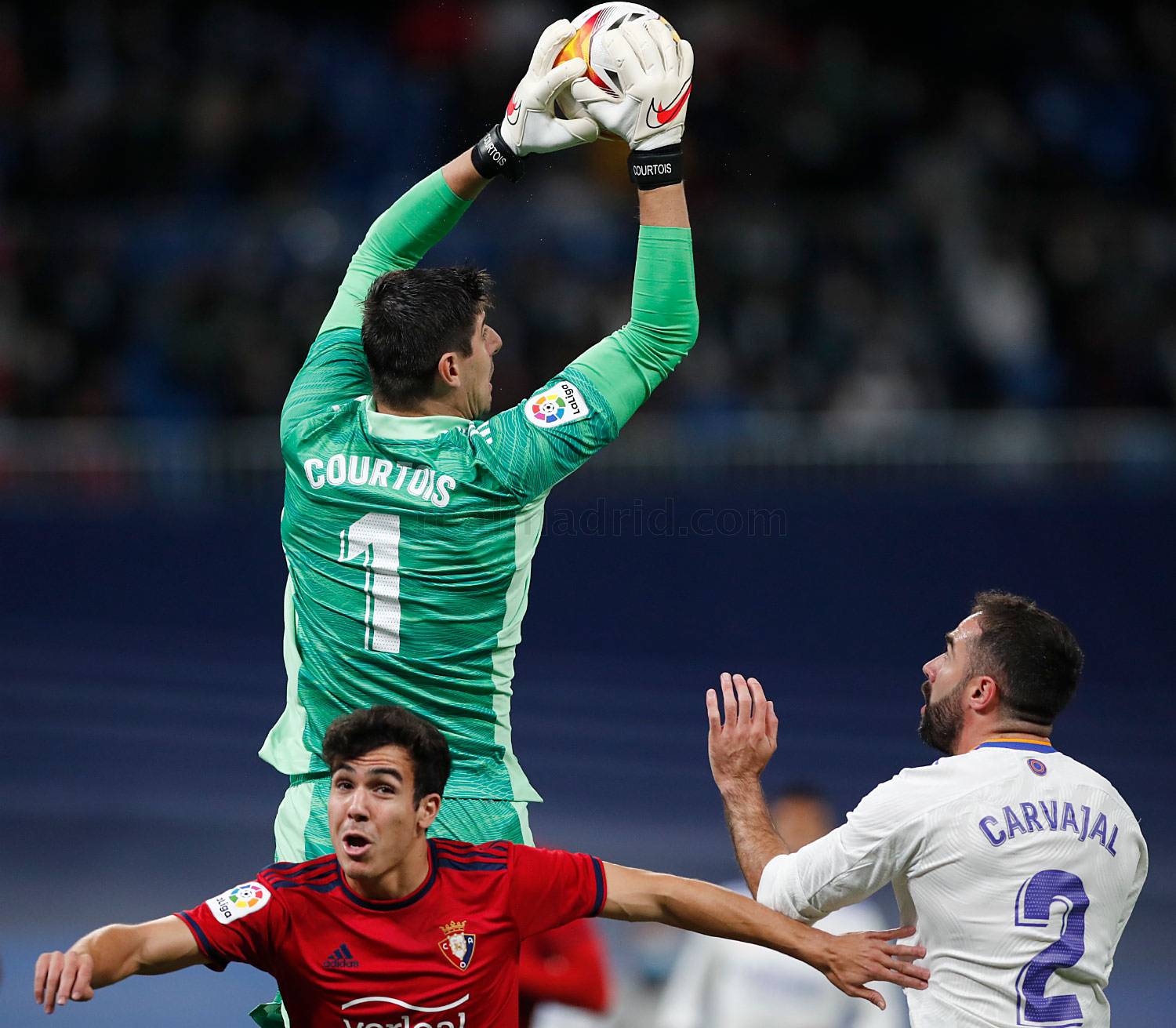 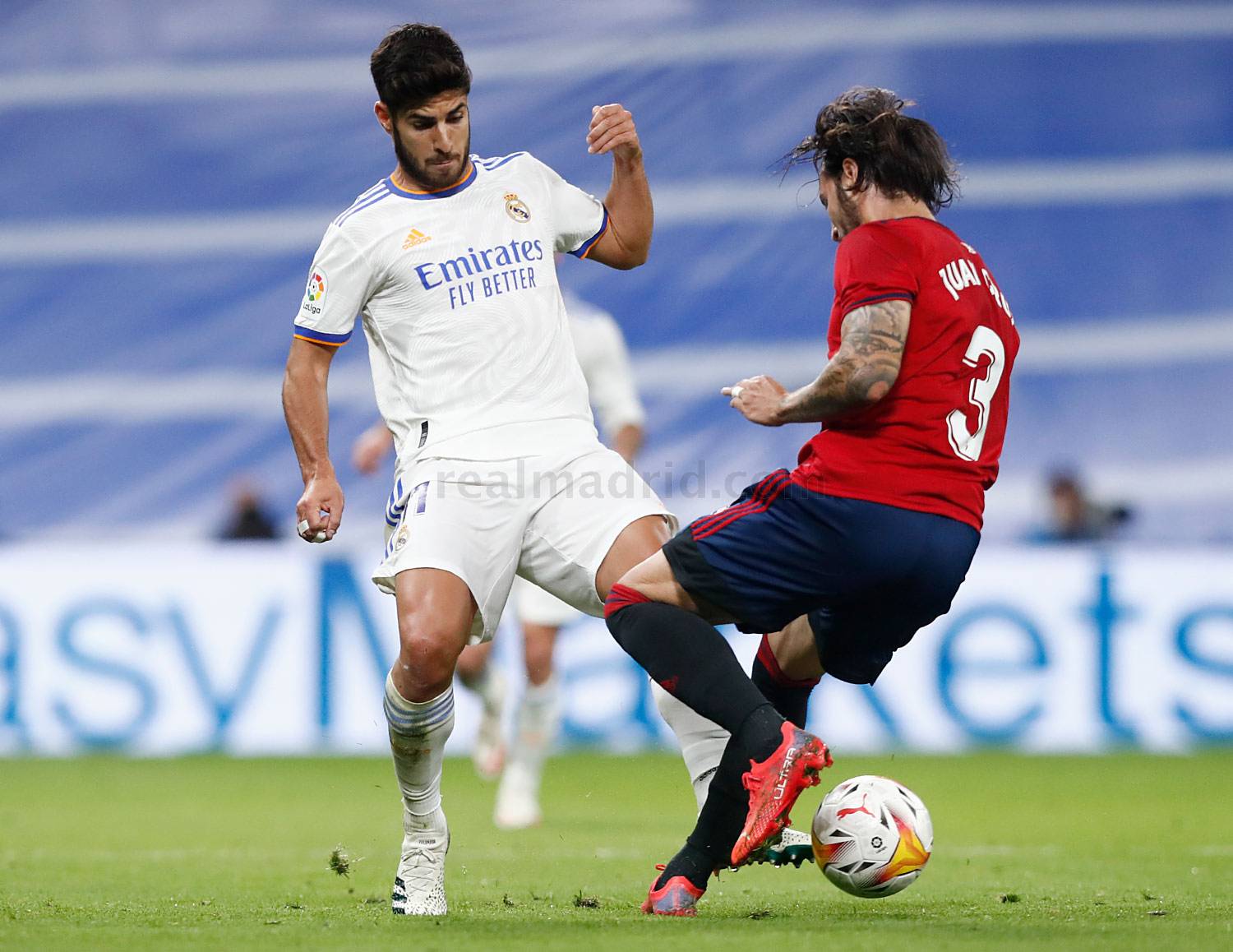 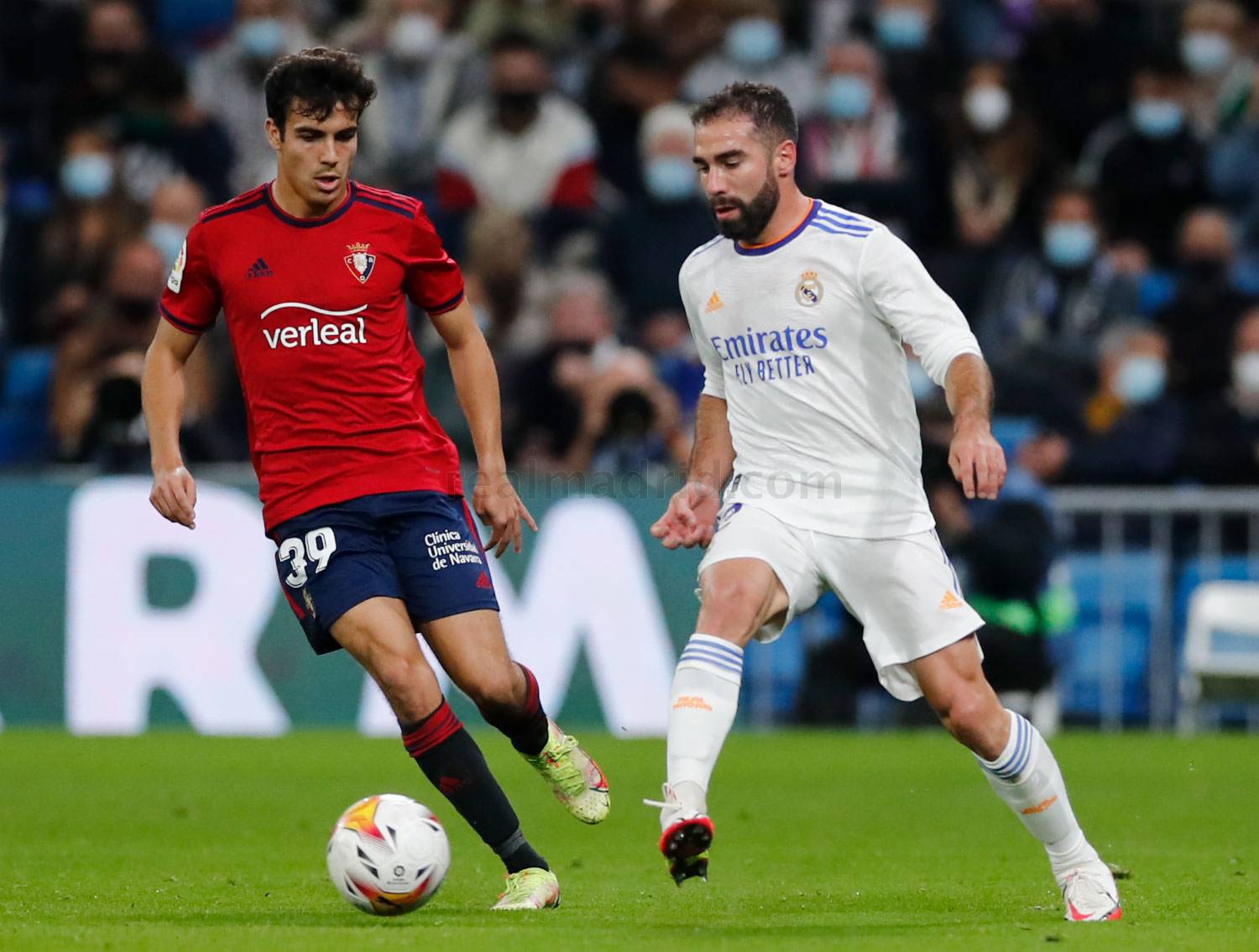 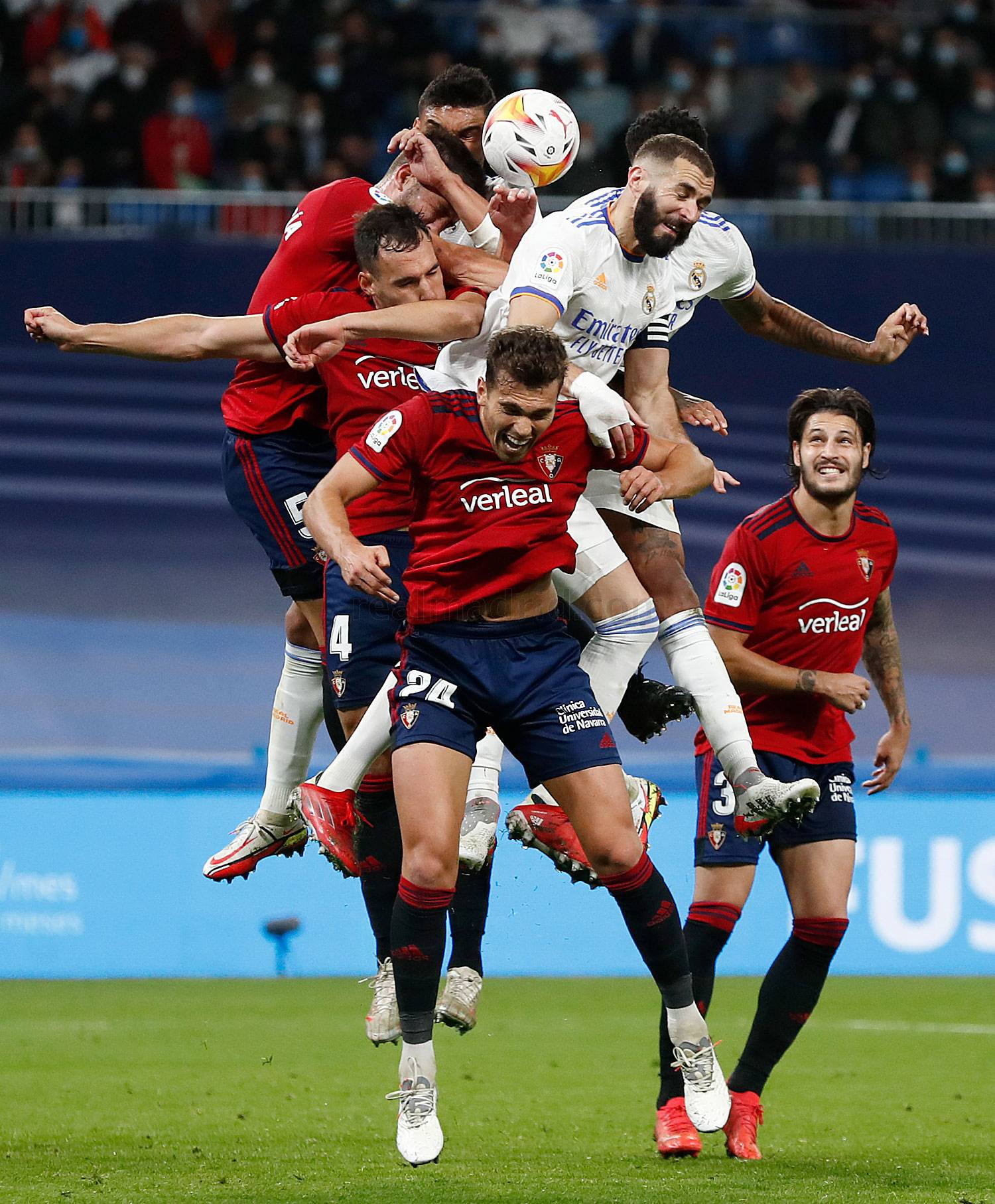 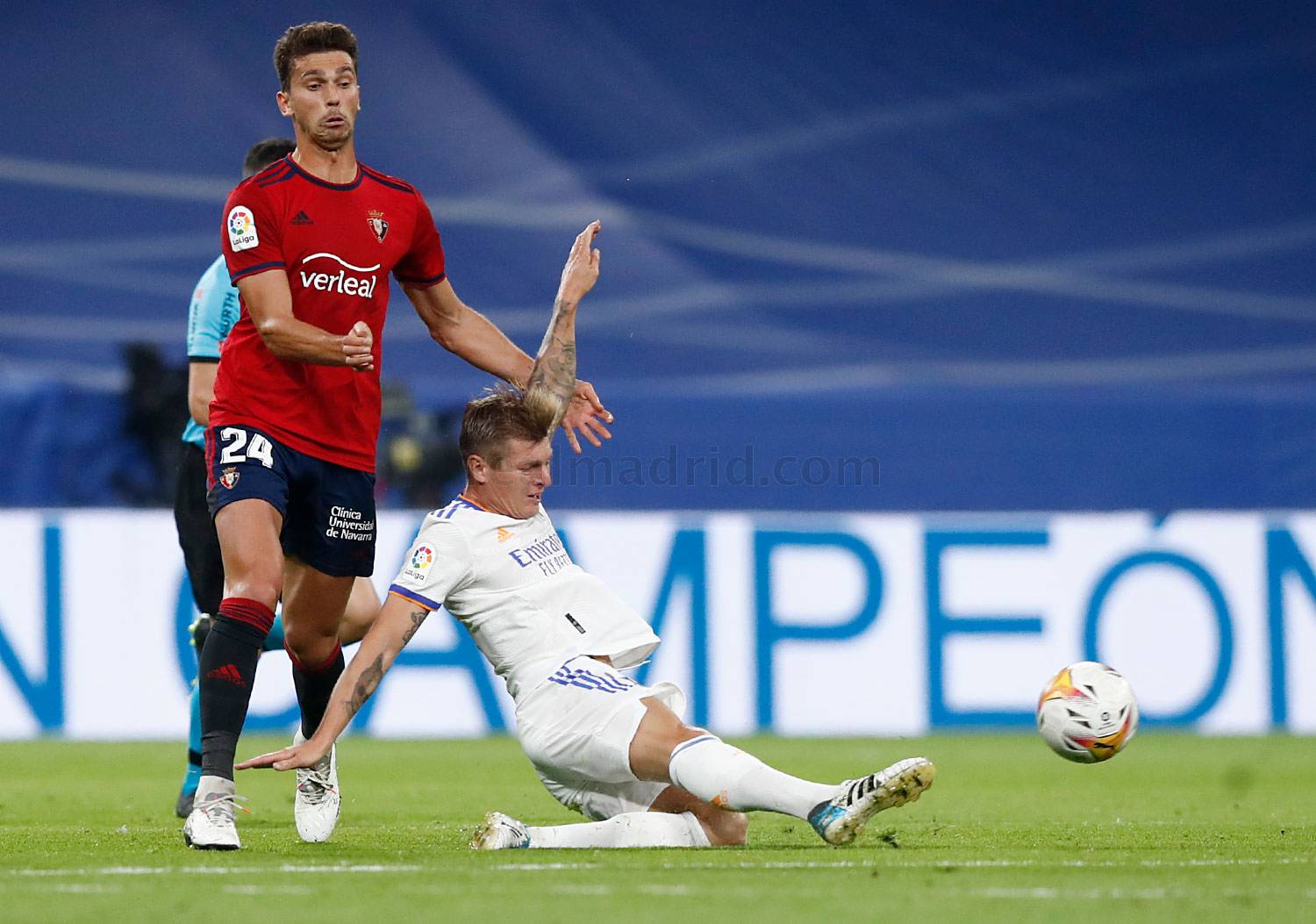 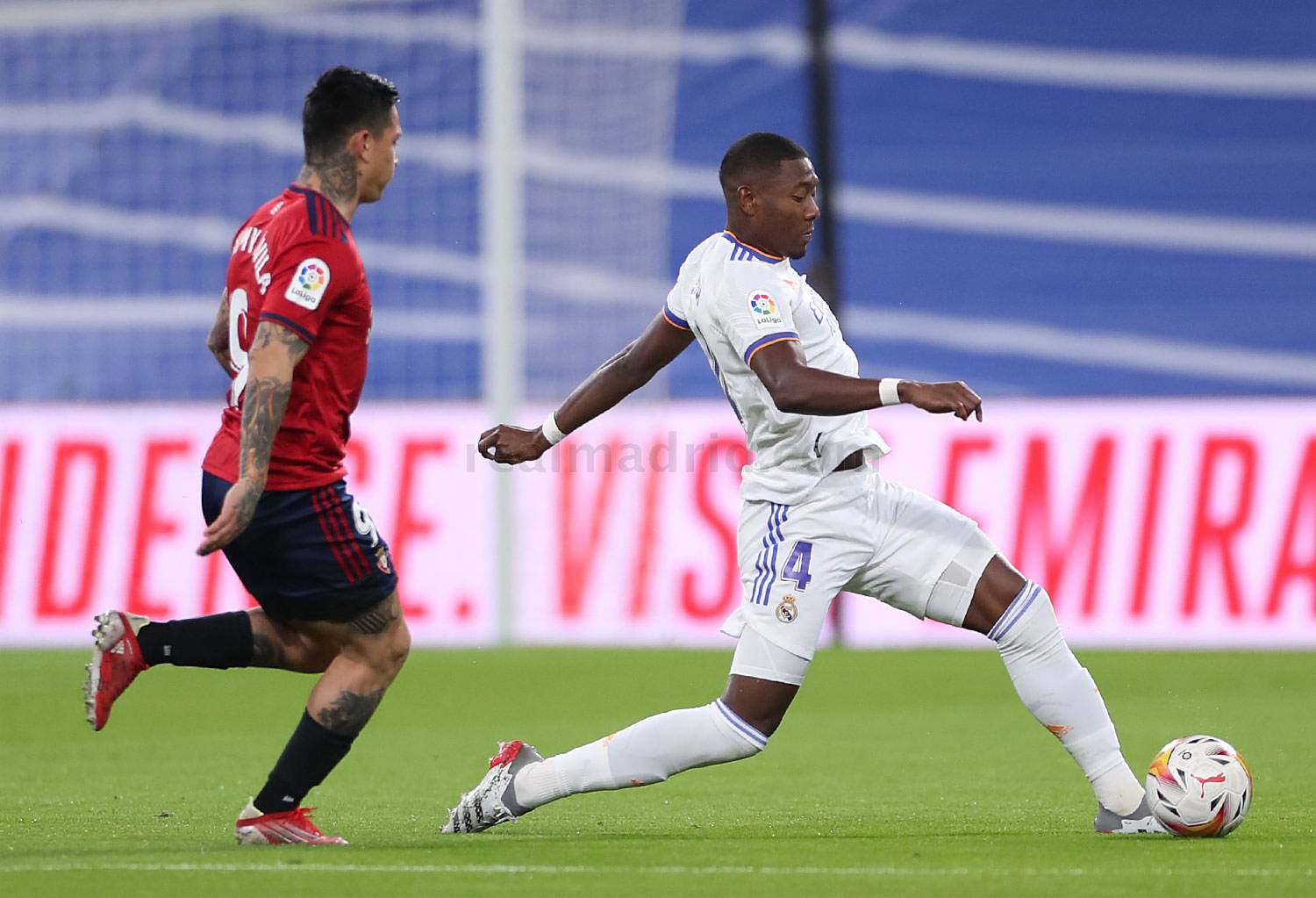 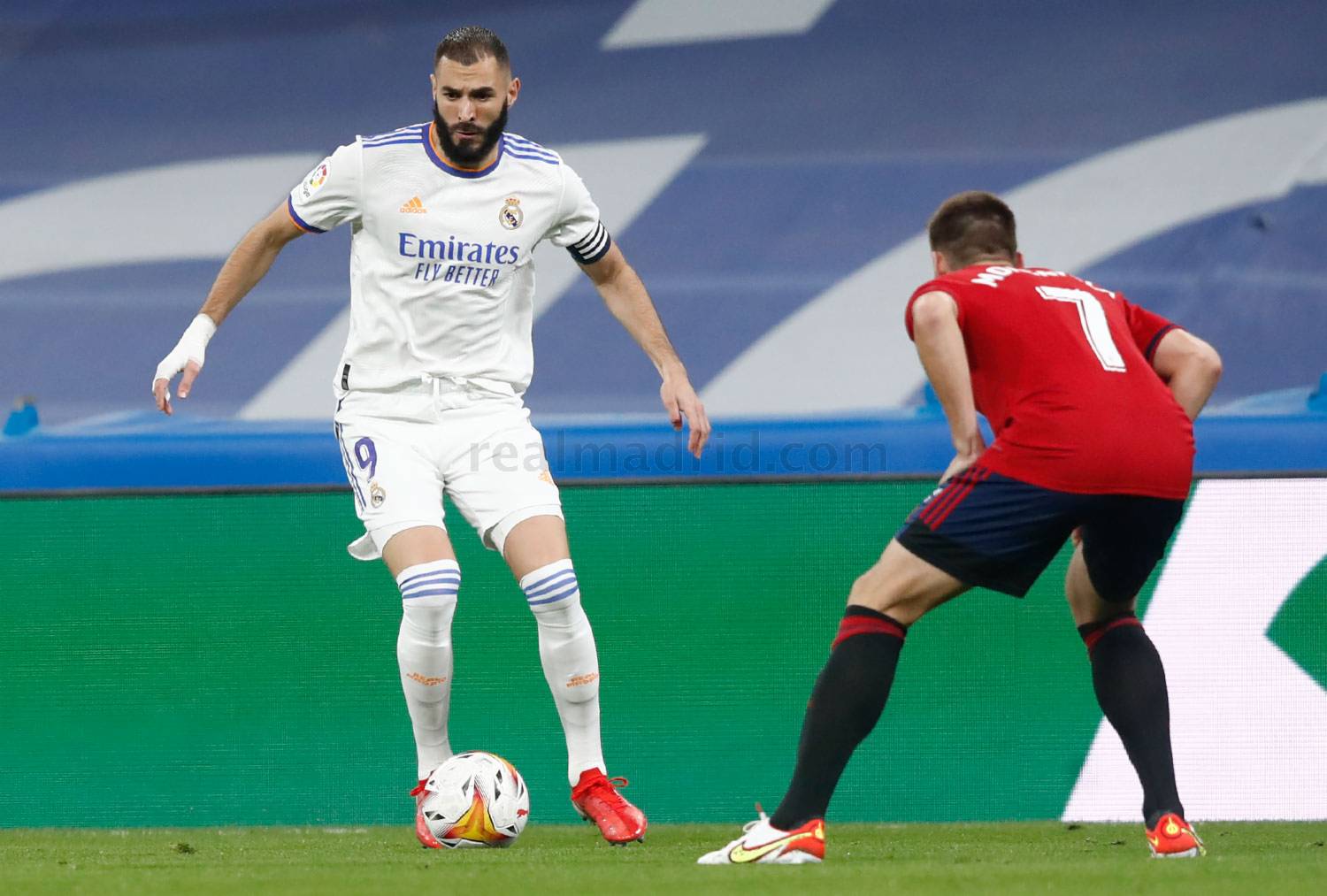