Castilla fall to defeat in Sanlúcar 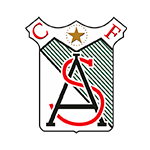 The academy side failed to pick up any points on their visit to El Palmar.

Real Madrid Castilla lost to Atlético Sanluqueño on Primera RFEF matchday nine in a match which saw Raúl's boys create enough chances to pick up at least a point at El Palmar. Despite Miguel being the first to trying his luck with an effort from the edge of the box which flew just wide, it was the hosts who took the lead. Fuidias upended an opposition player after 10 minutes and the referee pointed straight to the spot, where Edu Oriol stepped up to make it 1-0. The game got even worse for the academy side five minutes later when Edu Oriol clinched his brace to double the hosts' lead, pouncing on a loose ball in the madridista box.

Castilla upped the pressure but the hosts' defence stood strong as Raúl's team tried to press forward. Ten minutes before half-time, Arribas looked to cut the deficit, but Isma Falcón held onto his shot on goal. Ultimately, in first-half injury time, our boys' efforts did pay off, as Arribas worked his way into the box and was brought down. The midfielder stepped up to convert the penalty and make it 2-1 before the break.

No luck for Castilla
The madridistas came out for the second period with real intent as they looked to level the game and Arribas had two fine chances to do just that. He stormed into the box once again but was stopped by the visiting defender, before a fine left-footed strike from the edge of the box flew just off target. Luck was not smiling on Castilla today though, and A. Armental struck the hosts' third from outside the area. The academy side continued to look for goals through Latasa and Arribas, but the scores remained unchanged.