The Danish forward's hat-trick, plus one for Olga and another for Lorena handed a superb Real Madrid all three points.
Alfredo Di Stéfano

0
It was an unforgettable performance by Real Madrid in the first Women’s Champions League Group Stage clash to be hosted at the Alfredo Di Stéfano. Our team thrashed Breidablik, thanks to a sublime Møller performance, netting a first-half hat-trick. Olga and Lorena completed the scoring after the break to seal the second win in this Champions League campaign.

The madridistas dominated from the off and before ten minutes had even ticked by, Kenti Robles produced a delightful long-range pass to put Møller through against the opposition goalkeeper. The forward made no mistake with the first chance of the game, firing across goal to beat Ívarsdóttir. The Whites' superiority was absolute, and their constant pressure ensured chances continued to flow.

The madridistas' relentless desire yielded its rewards once again in the 20th minute, with Møller on hand again to increase the lead. Lorena's shot was cleared off the line by the Icelandic defender, but the ever-busy Møller was in the right place at the right time to pounce on the rebound and make it 2-0. The link-up between Kenti and the Danish forward truly had the visitors on the ropes, and in the closing minutes of the first-half, the fearsome Madrid duo were at it again. Kenti made her way to the by-line and crossed into the box, where Møller turned home to complete her hat-trick.

More goals
The madridista deluge continued in much the same vein following the restart. Just three minutes after the teams re-emerged from the dressing rooms, the score quickly became 4-0 when Olga robbed the ball back in opposition territory, linked up with Møller and finished with great aplomb to extend her team's lead. Nahikari was looking for her first goal and had three fine chances to open her account. First, she had a fierce shot which flew over the bar, before skimming the crossbar with a long-range effort, and finally her towering header was held by the Breidablik keeper. Despite the comfortable scoreline, the madridistas continued to push forward in search of more. It was Lorena who found just that when she pounced on a clearance and smashed a powerful strike into the back of the net. A superb win which makes it 6 points from 6 in the Champions League so far. 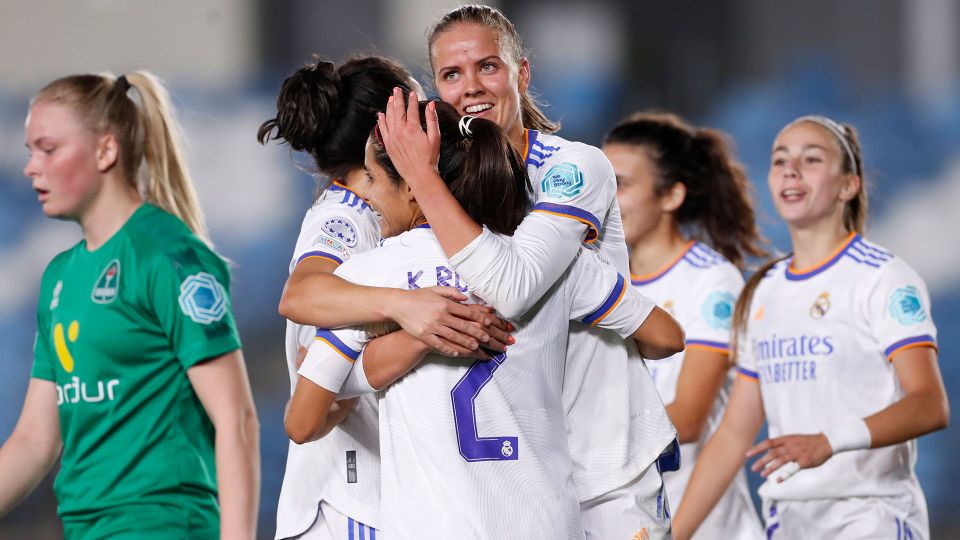 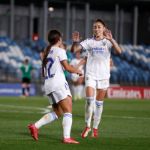