The best player of all time passed away on 7 July 2014.
Today marks seven years since madridismo said goodbye to Alfredo Di Stéfano, the greatest player of all time, who changed Real Madrid history. On 7 July 2014, the Saeta Rubia passed away at 88 years of age at the Hospital General Universitario Gregorio Marañón in Madrid, where he had been admitted two days prior following a heart-attack.

Alfredo Di Stéfano became a worldwide footballing legend during his time as a madridista, from 1953 to 1964. Throughout that spell, he led one of the best squads in the history of the sport, winning five successive European Cups, one Intercontinental Cup, two Copas Latinas, eight LaLiga titles, one Copa de España and one Small Club World Cup. Di Stéfano made 396 appearances for Real Madrid, netting 308 competitive goals. 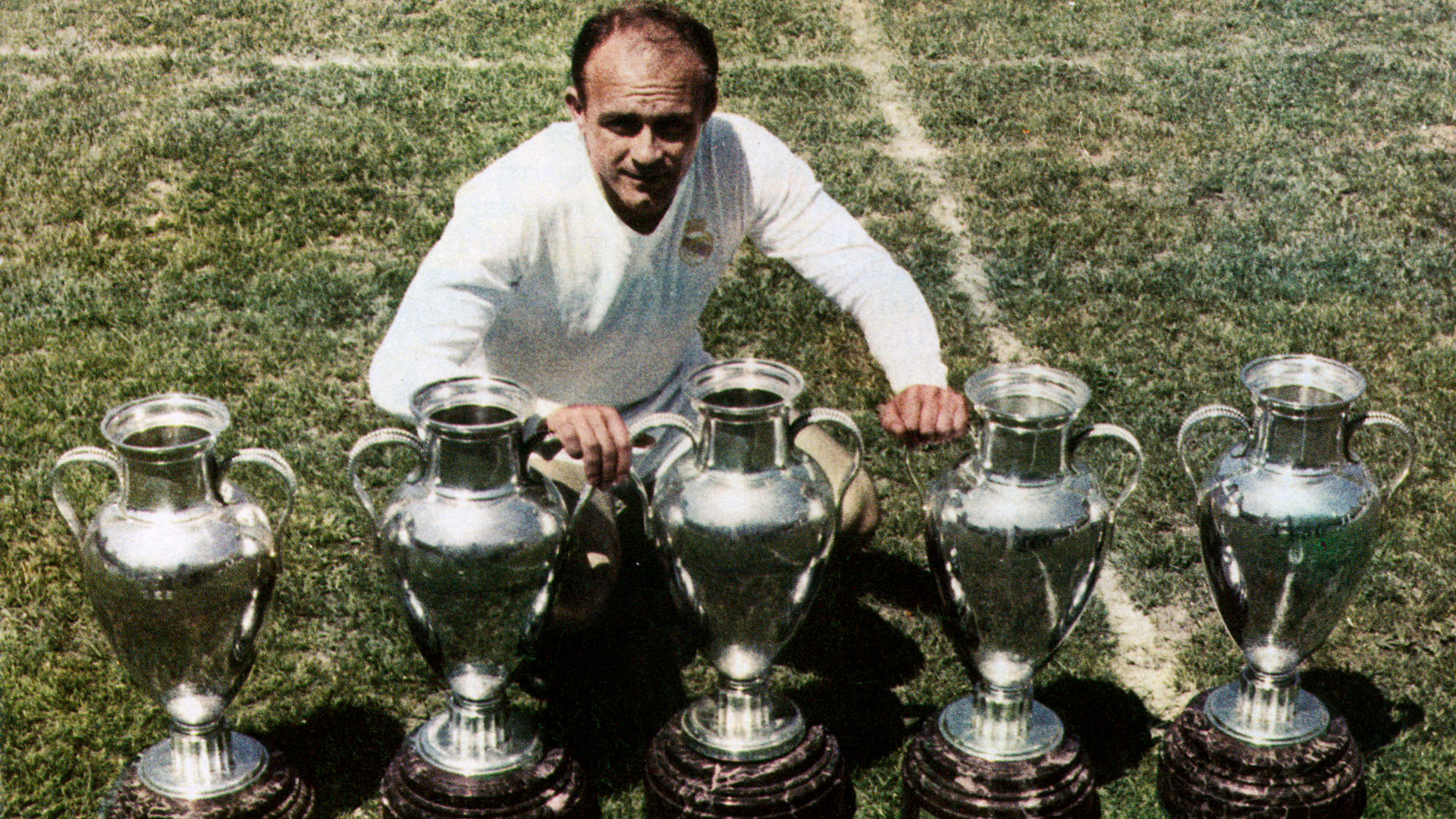 The greatest player of all time was born in Buenos Aires on 4 July 1926 and also picked up a glut of individual awards. He won two Ballons d'Or and the Super Ballon d'Or, awarded by France Football in recognition of his career in 1989. He is the only player to have won this award. He also clinched the Pichichi Trophy on 5 occasions.

Honorary president
Beyond his importance as a player, he maintained close ties to Real Madrid as coach and an all-round club legend. From the dugout, he won one Spanish Super Cup and brought together the Quinta del Buitre. In light of his importance to the history of the club, he was named madridista president of honour and the stadium at Real Madrid City bears his name.