The defender reached this milestone in the 2-0 win over Éibar at the Alfredo Di Stéfano.
Nacho Fernández clocked up his 150th LaLiga appearance in the meeting against Éibar at the Alfredo Di Stéfano. The defender, who made his debut on 23 April 2011 at Mestalla, has played his part in 105 wins and netted seven times in the competition. At the end of today's game, Florentino Pérez presented the madridista with a commemorative shirt for reaching this landmark.

Nacho's best seasons in terms of LaLiga outings were the 2016/17 and 2017/18 campaigns, in which he featured 28 and 27 times respectively. He has been involved 16 times so far this term, in which his record reads 11 wins, three draws and two defeats. 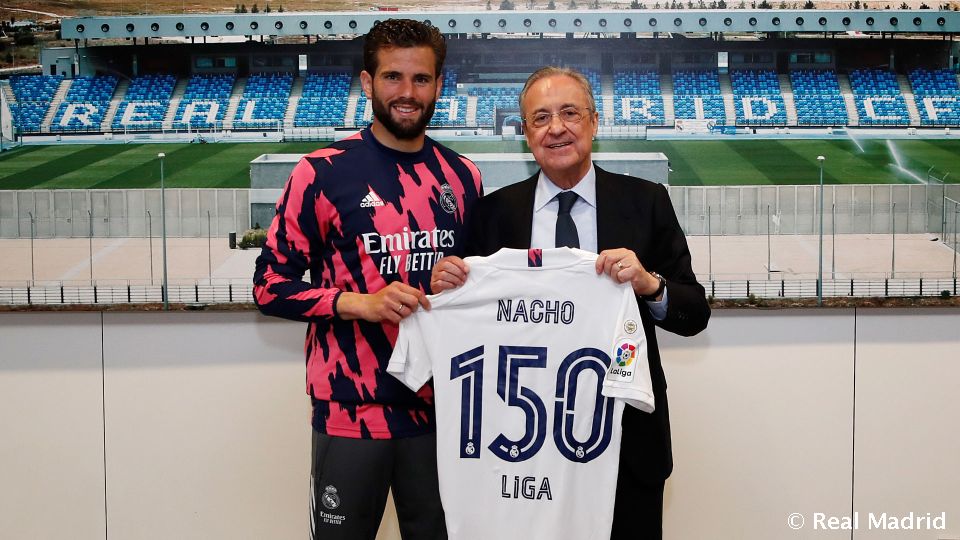