In the 2002/03 campaign, the Brazilian netted a hat-trick against Alavés.
The star of this week's Historic Goals is Ronaldo, one of the greatest forwards in the history of the game. The Brazilian arrived at Real Madrid following his participation in the World Cup Korea and Japan in 2002, coming from Inter Milan. His greatest assets were his speed, power and eye for goal.

In the 2002/03 season, Real Madrid visited Mendizorroza to take on Alavés on LaLiga matchday 24, and it would become the scene for Ronaldo's first hat-trick in Real Madrid colours. The goal we're looking at this week was the third in a game that finished 1-5. Raúl threaded a pass in behind for the Brazilian who beat his man with a fine run and got the better of the goalkeeper in the one-on-one with a left-footed finish.
Ronaldo played 177 games for Real Madrid, scoring 104 goals. The forward also clinched 4 titles: 1 Intercontinental Cup, 2 LaLigas and 1 Spanish Super Cup. 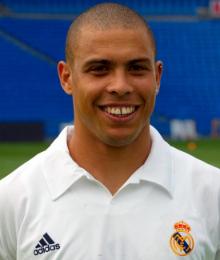 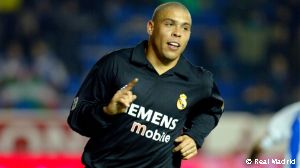