On 12 January 2020, Real Madrid beat Atletico in the final in Jeddah, Saudi Arabia.
On 12 January 2020, Real Madrid won their 11th Spanish Super Cup at King Abdullah Stadium in Jeddah, Saudi Arabia. It was the first time that the title was disputed in a knockout format and outside of Spain. In the final, Real Madrid faced Atlético and, after the match ended 0-0, the game was decided on a penalties. The Whites scored their four spot kicks, while their opponents missed two. Valverde was voted MVP in the final.

Zidane's team had beaten Valencia in the semi-finals to book their place in the decider. The match will be remembered thanks to Kroos' acrobatic effort to opening the scoring. Isco and Modrić, after a great individual move, sealed their qualification for the final (3-1). 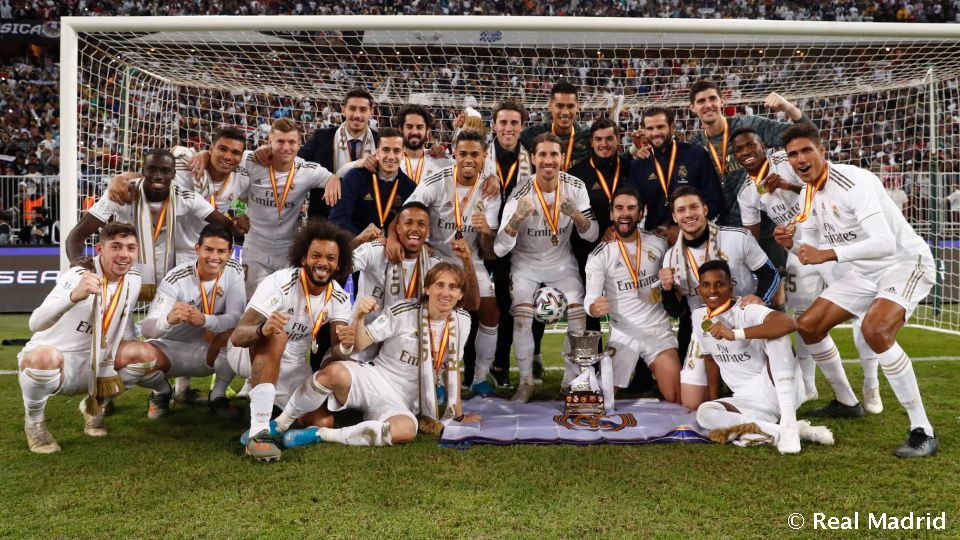