Chus Mateo's players put on their best offensive display of the season to seal their fifth consecutive win and a month of victories.

Matchday 10 at the WiZink Center brought the fifth win in five games for Real Madrid who beat Partizan to end a perfect month in the Euroleague. The team showed serious depth in squad once again, just 48 hours after the significant win at La fonteta, defeating the team coached by Obradovic. They had to withstand their opponent’s attacks in the first quarter, to go on to offer an offensive recital with 84 points in 30 minutes and went on to finish with a score of 105 in the remaining 3 quarters, their best tally of the season. Lull led the offensive with 20 points, backed up by Tavares (17), Hezonja and Deck (15), and Musa (14).

Partizan came out swinging, making 8 out of 12 three-pointers to force Real Madrid into digging deep in offence to maintain the pace set by Nunally, Andjusic and Leday in a furious start to the game. Chus Mateo’s team weren’t on point in defence but kept up a high level of concentration at the other end, piling it on in the Serbian danger area with a great deal of success. Tavares (10 points), Llull (8) and Deck (6) permitted us to turn around the 40 points scored by their opponents in the first quarter (32-40).

Defensive Reaction
The team hit back with a very solid second quarter in both aspects of the game. They upped their defensive game considerably, calling on intensity and energy Chus Mateo's changes with Ndiaye on point guard Exum and Hezonja watching Leday bore fruit and we were able to slow Partizan down. Lull and Hezonja, the second of whom scored 10 points, allowed continuity in offence. In just five minutes the Madrid players hit back with a spectacular run. 32-40 became 52-42 in just 15 minutes. The visitors reacted to make it 54-51 at the break although we doubled the Belgrade side in the second quarter (22-11).

The attacks returned with a vengeance in the third quarter. Lull now unleashed (20 points in 17 minutes), Madrid still leading on the scoreboard but not by much as Partizan pressured with three-pointers. Punter would bring Obradovic’s
​side to within 3 points, 72-69 in the 26th minute. Deck then stepped up to get his team back in the game. He stole and followed with a 2+1 to give the team some breathing space. Williams-Goss and Musa both contributed with three-pointers to elevate the difference to +12 before the break, Madrid reaching 32 points (86-74).

Winning by attacking
Madrid had to stay active due to Partizan’s attacking prowess. The home team went into the third quarter with another 3 three-pointers taking their advantage to 15 points at 95-80 in the 32nd minute. A near unprecedented recital. The 119 point record against Ovarense from the 2000-01 season was in view. However, Partizan dug deep and fought hard with Lessort leading the charge. We managed to exceed the 100 point ceiling with two and half minutes left on the clock to reach 105; our eleventh best record in the Euroleague as well as a record for this season. The icing on the cake to an impeccable month in the European competition (105-97, 40th minute). 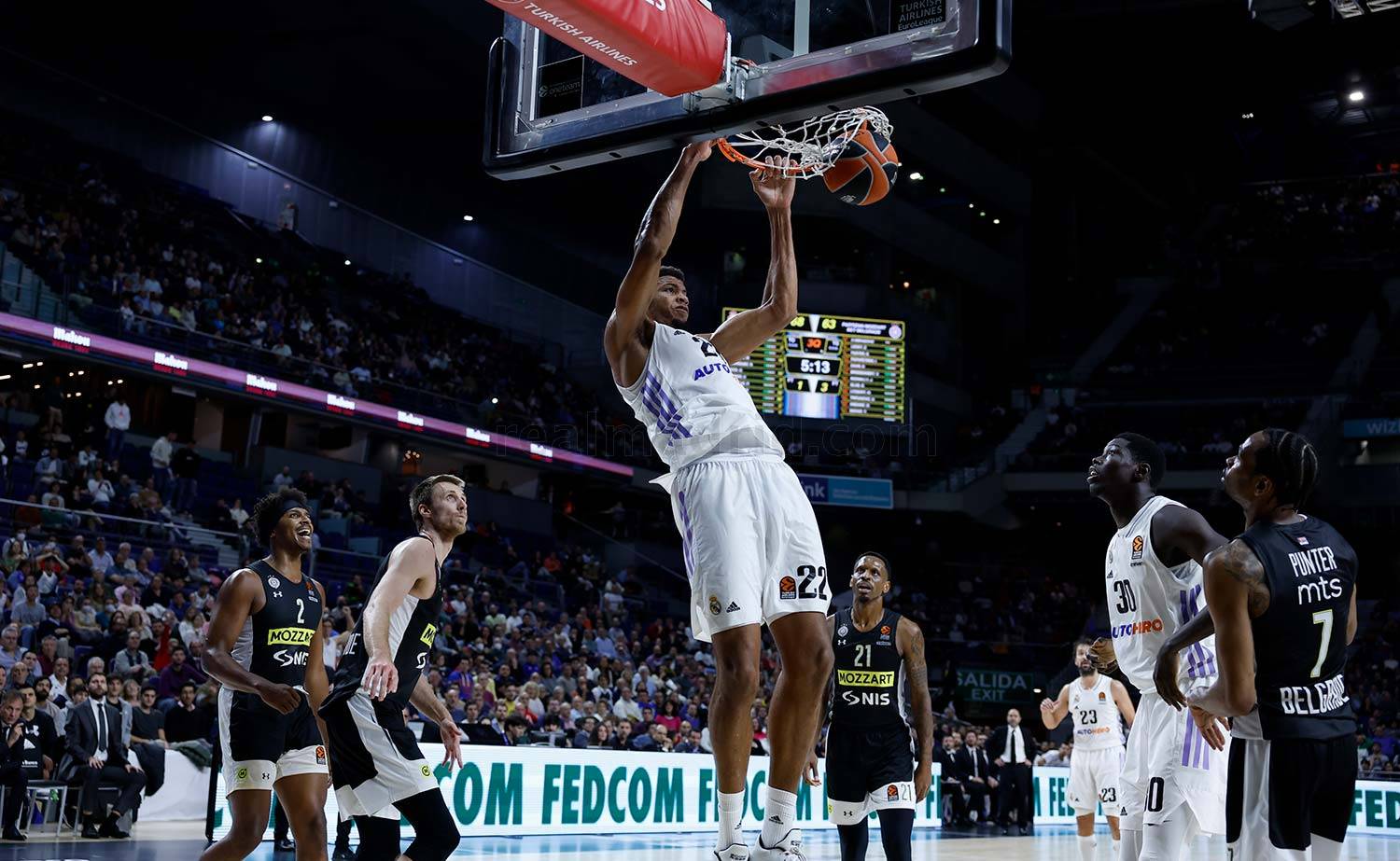 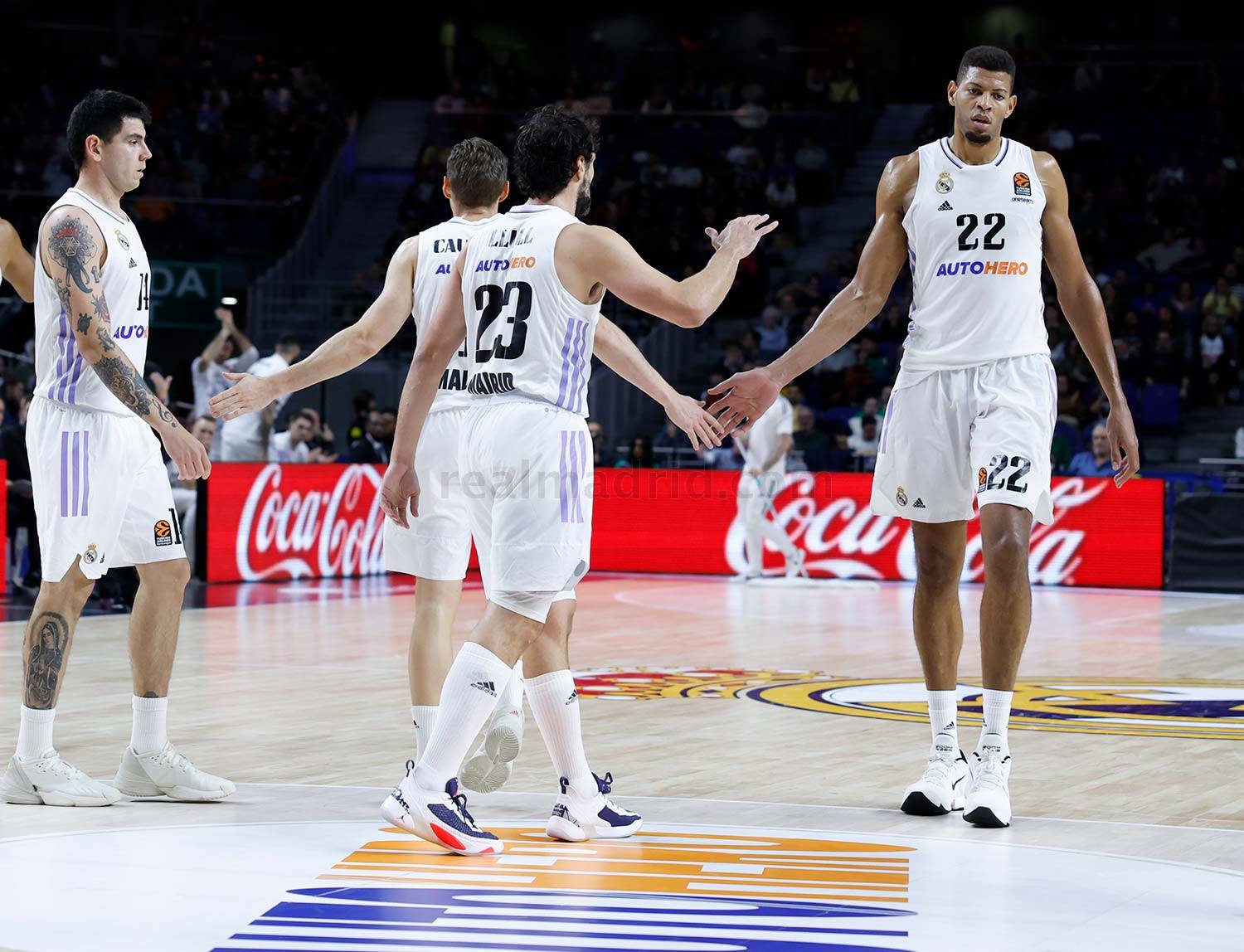 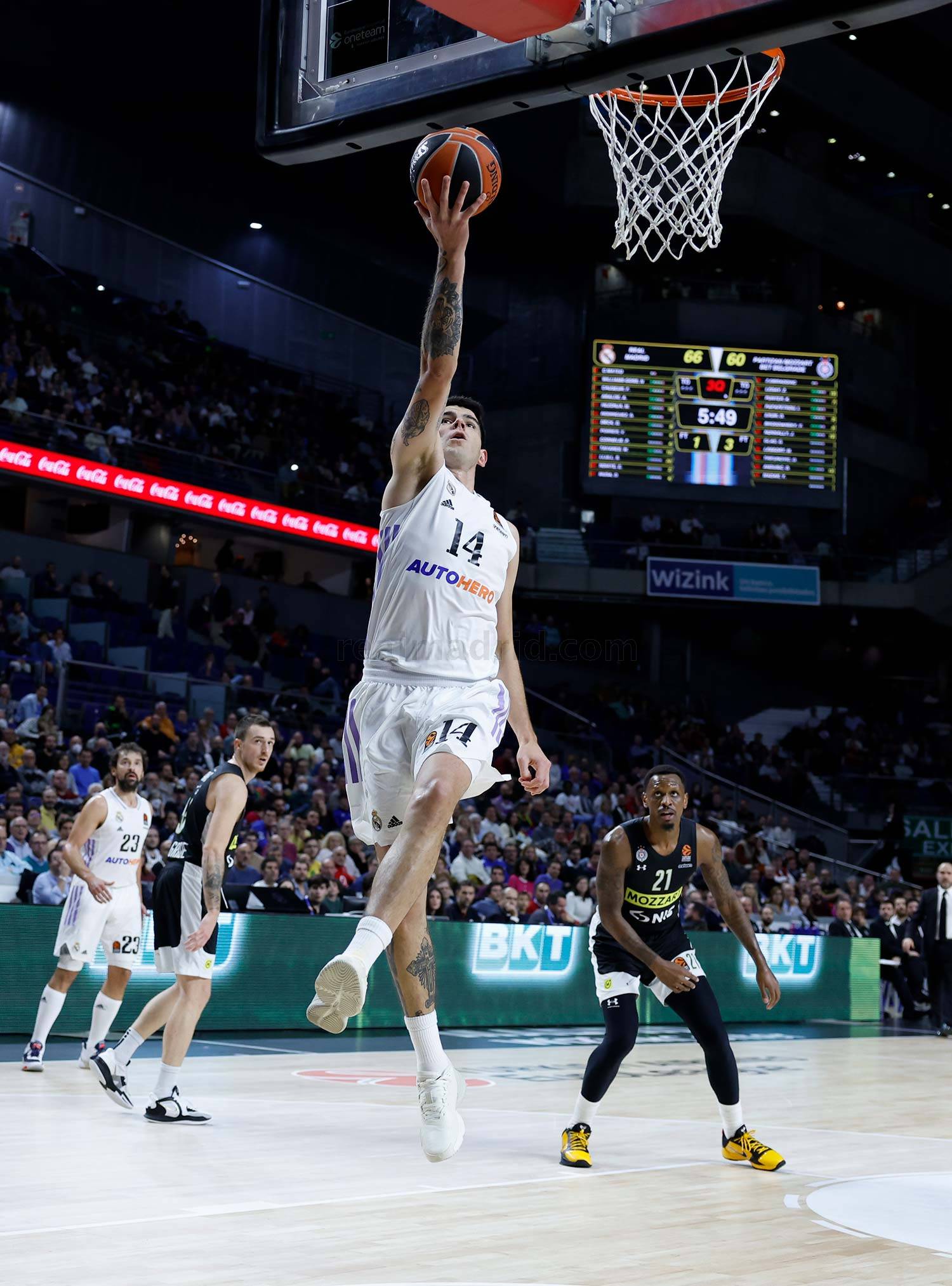 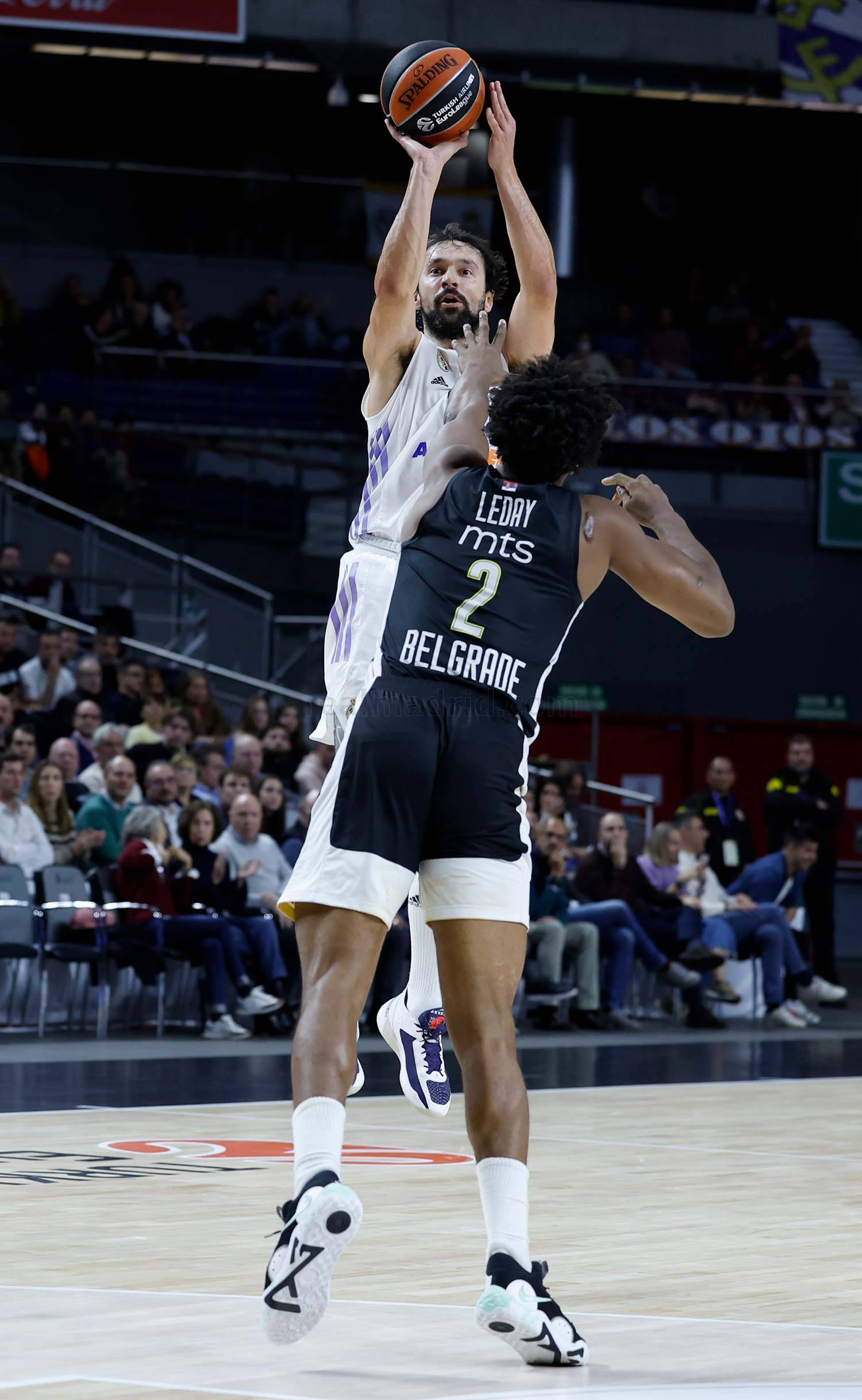 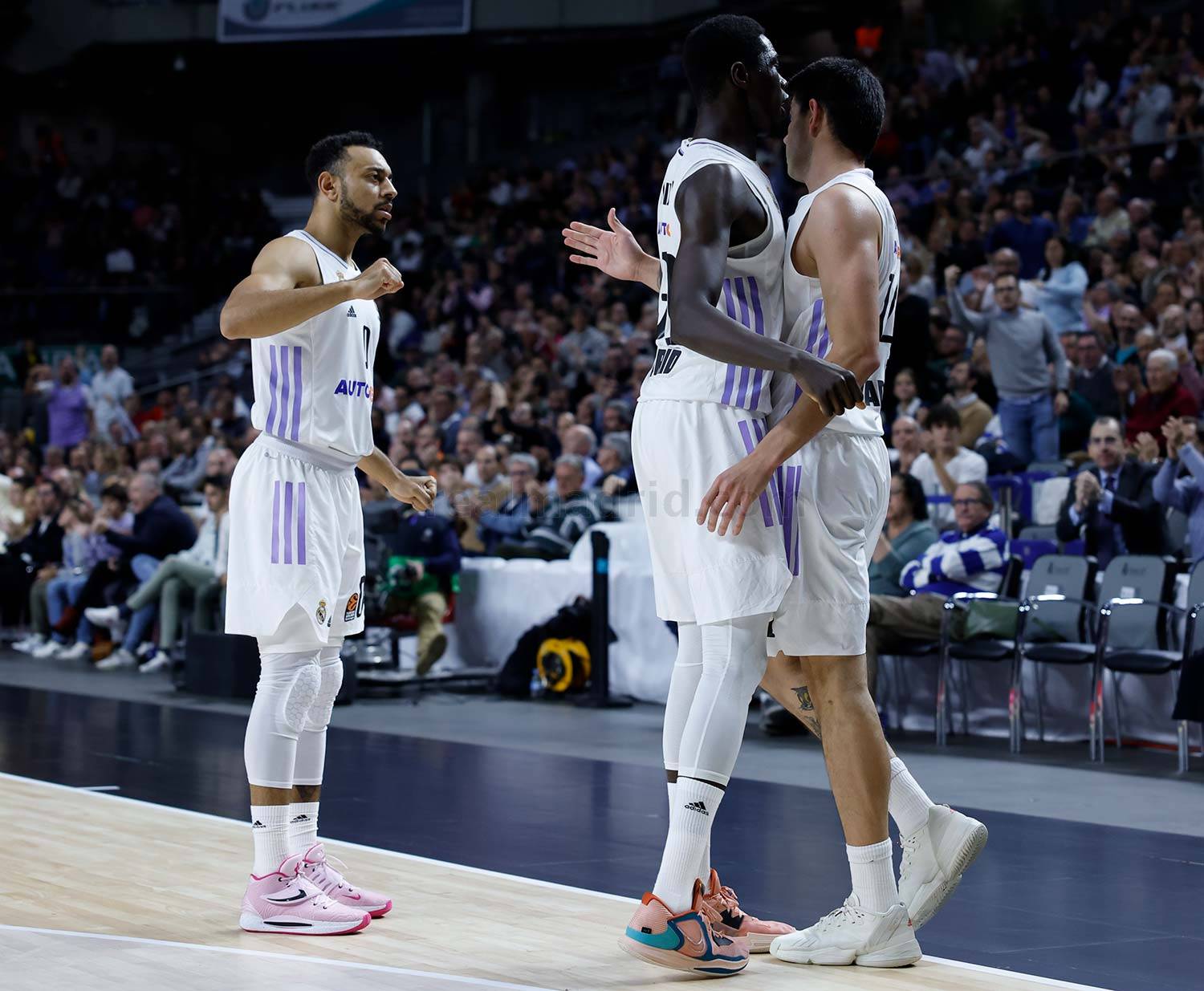 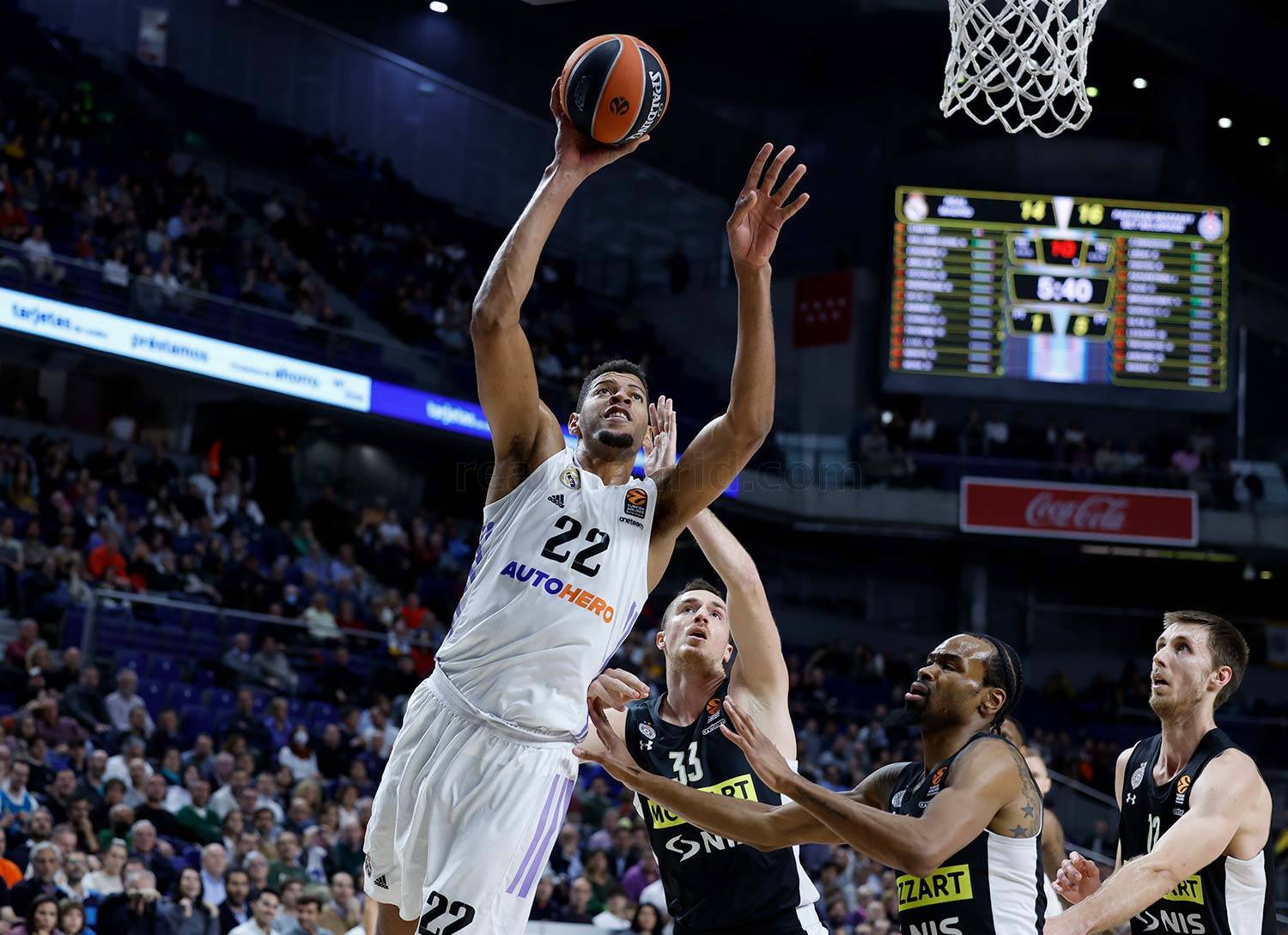 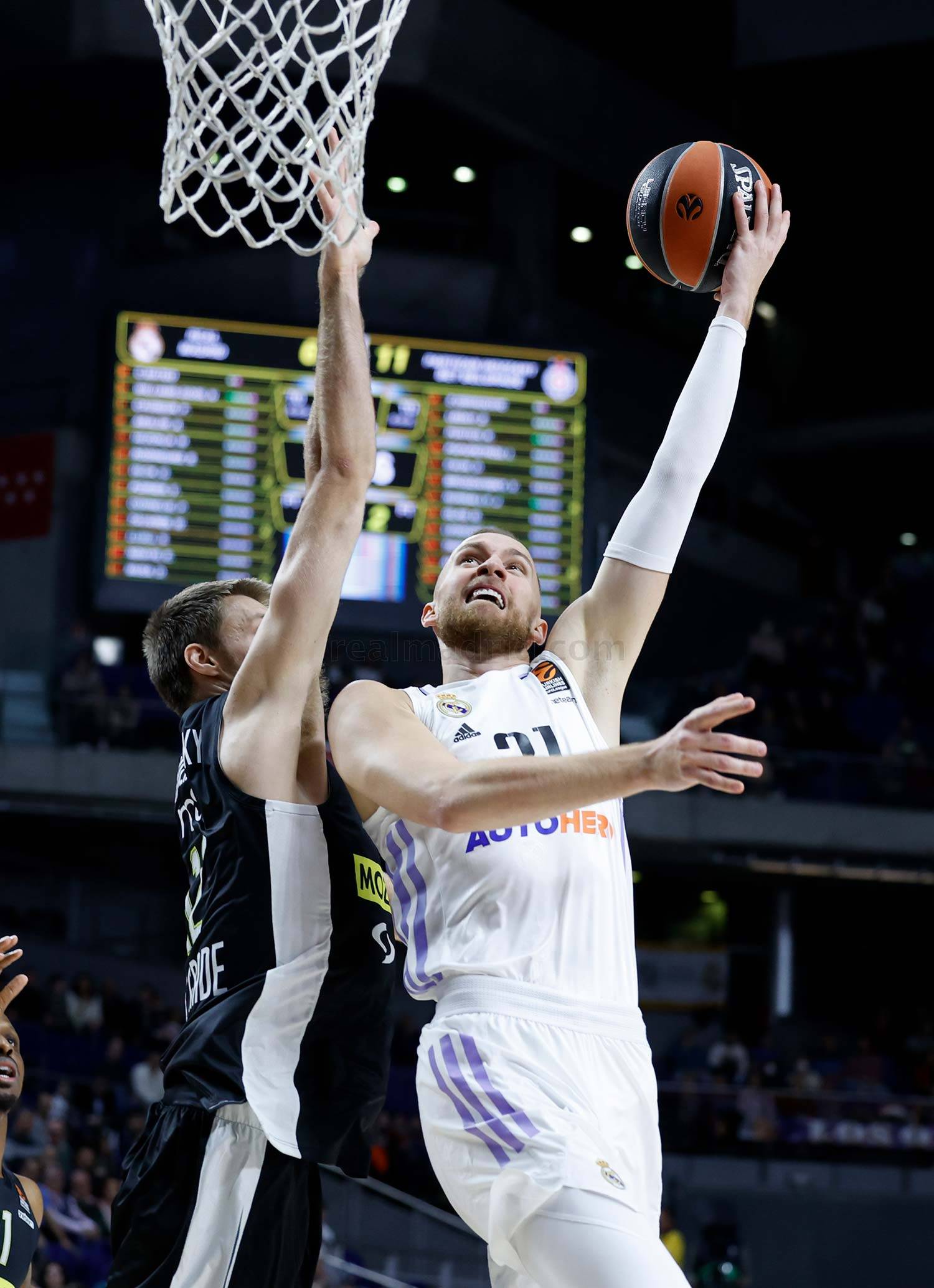 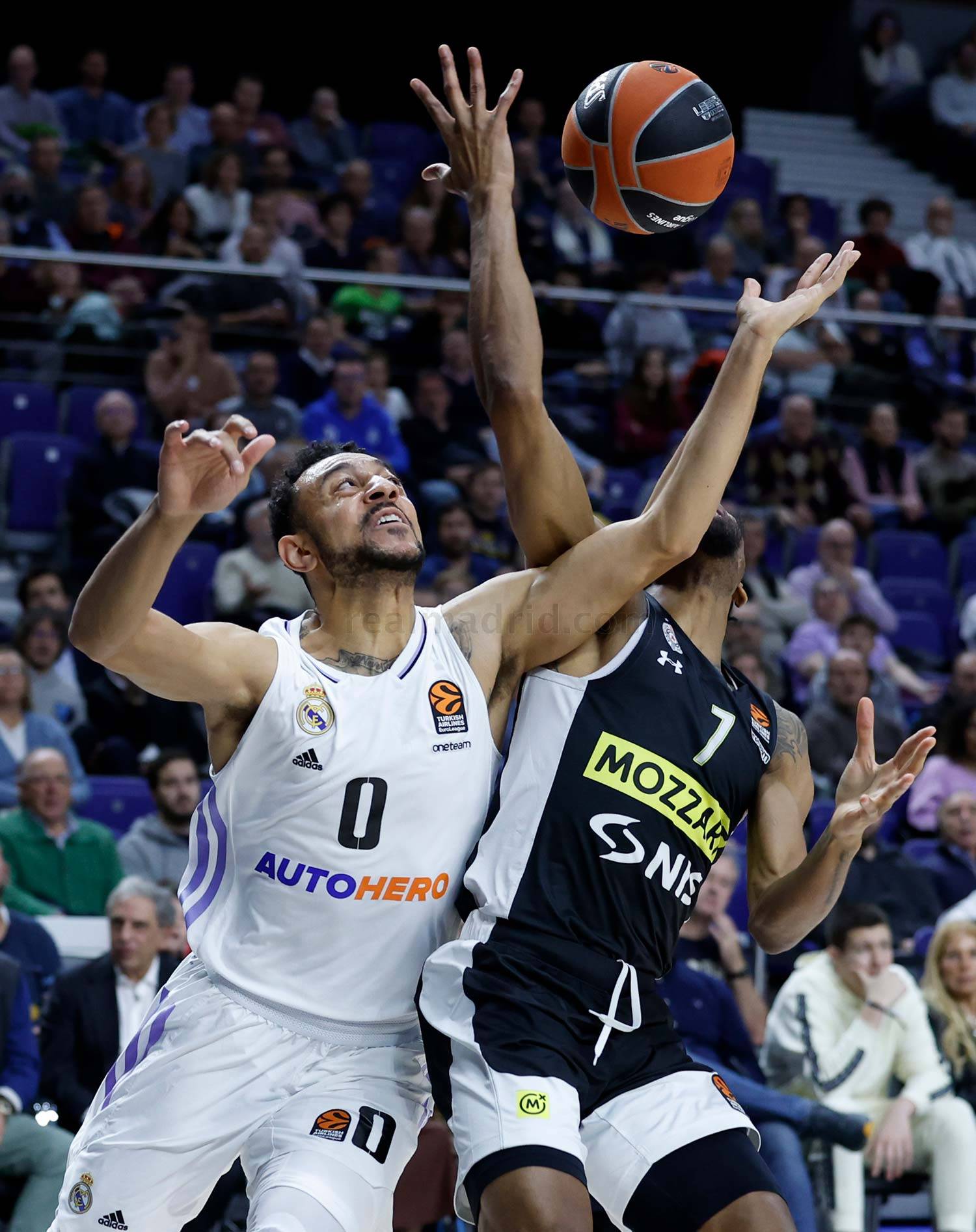 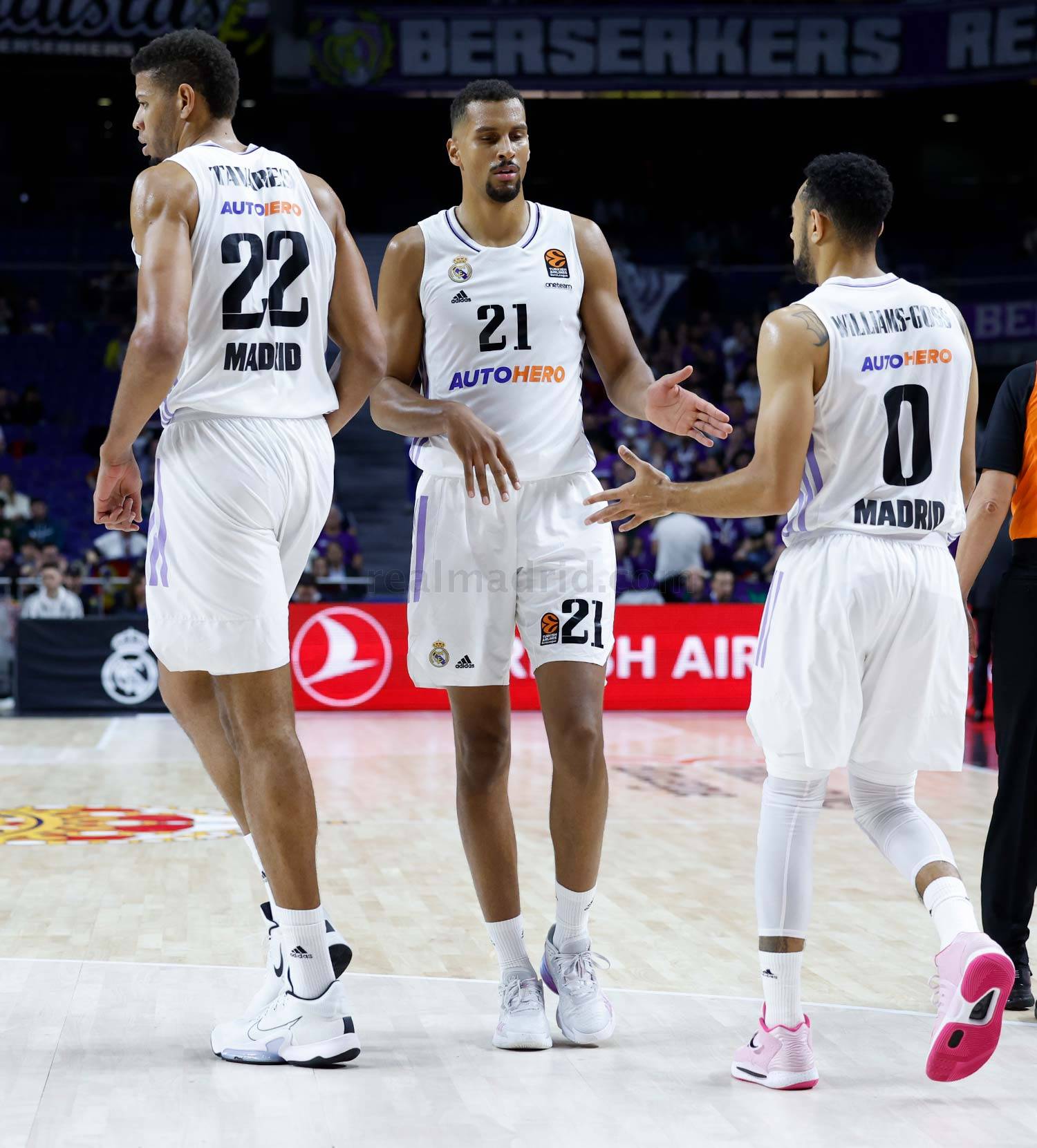 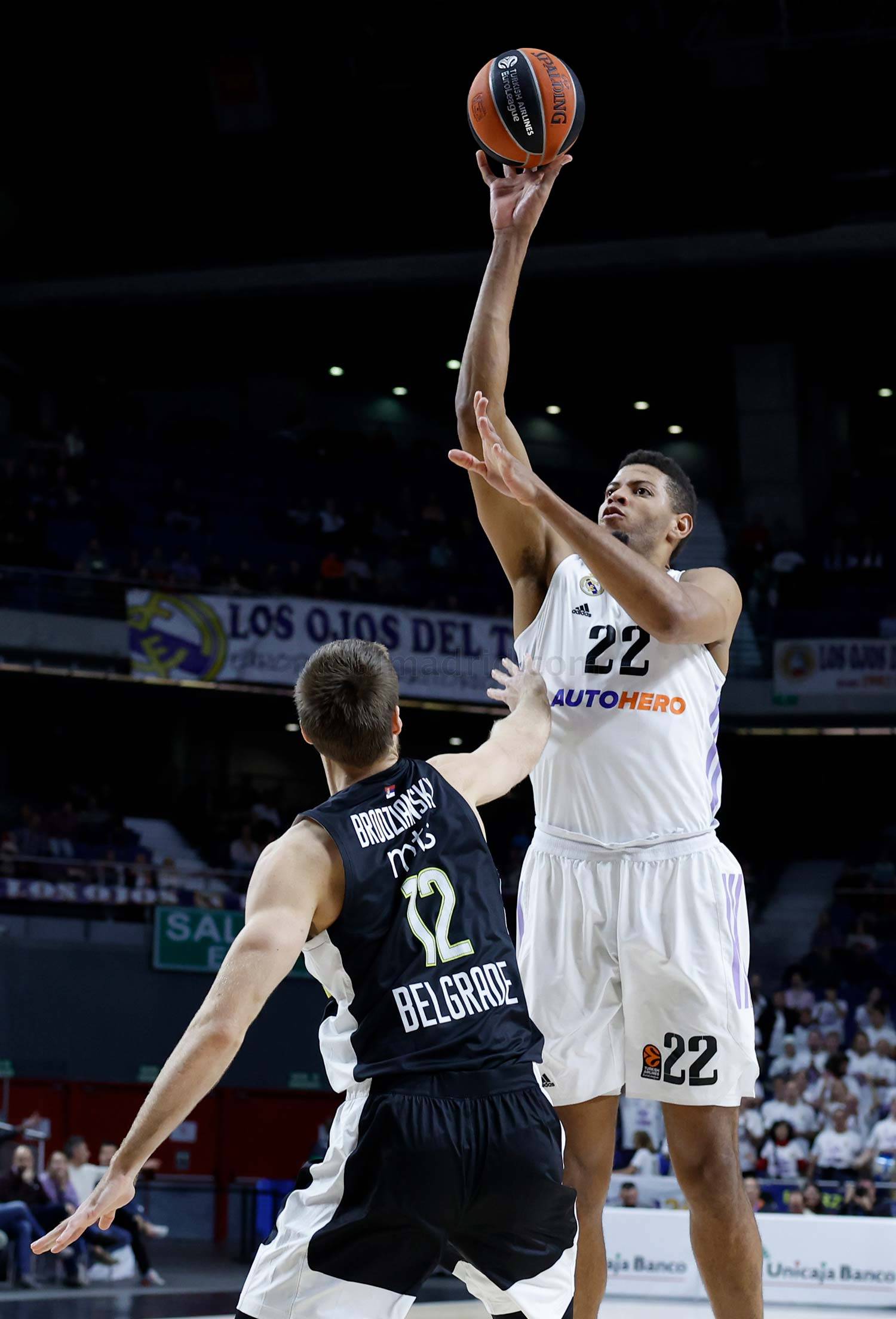 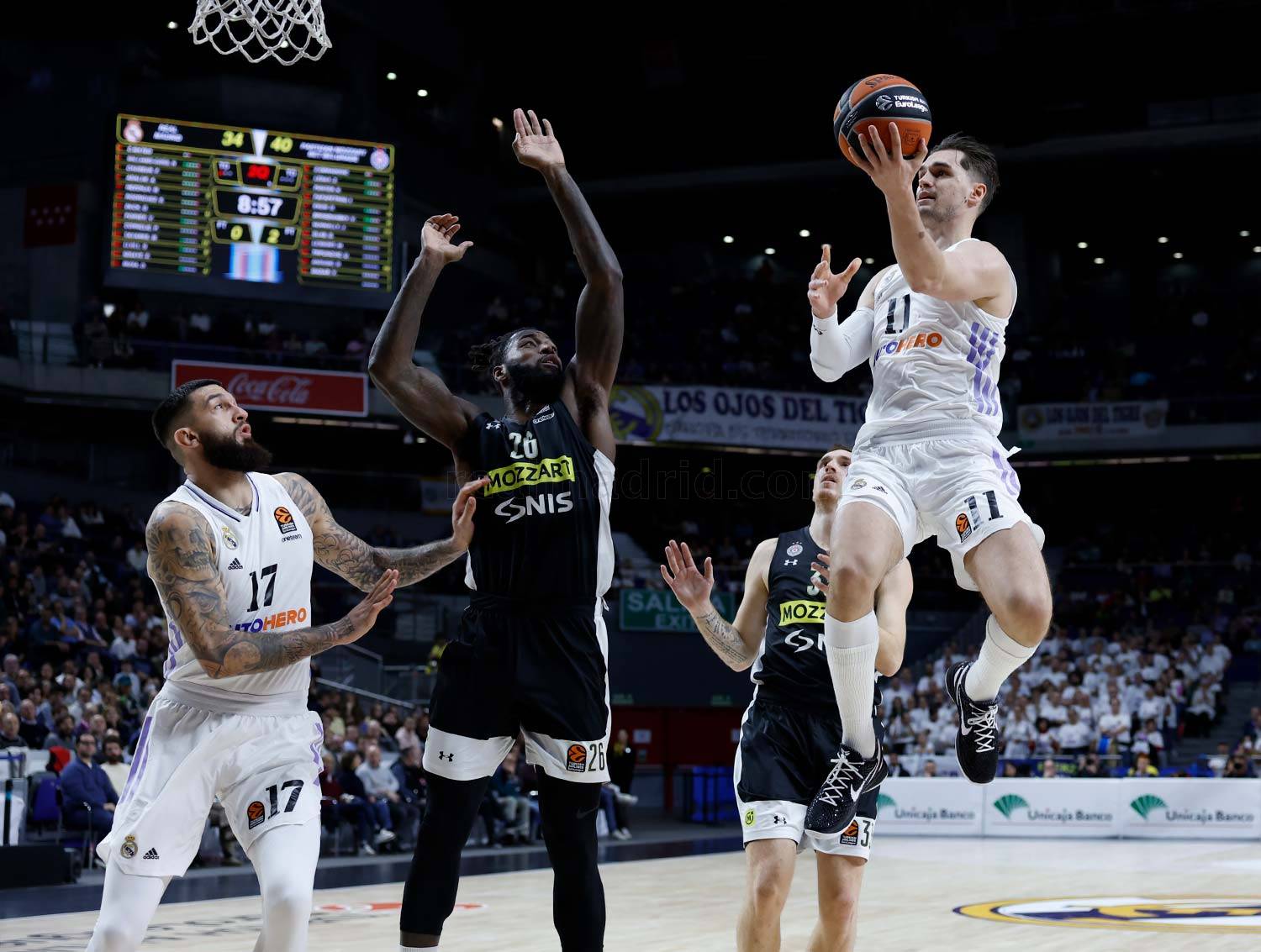 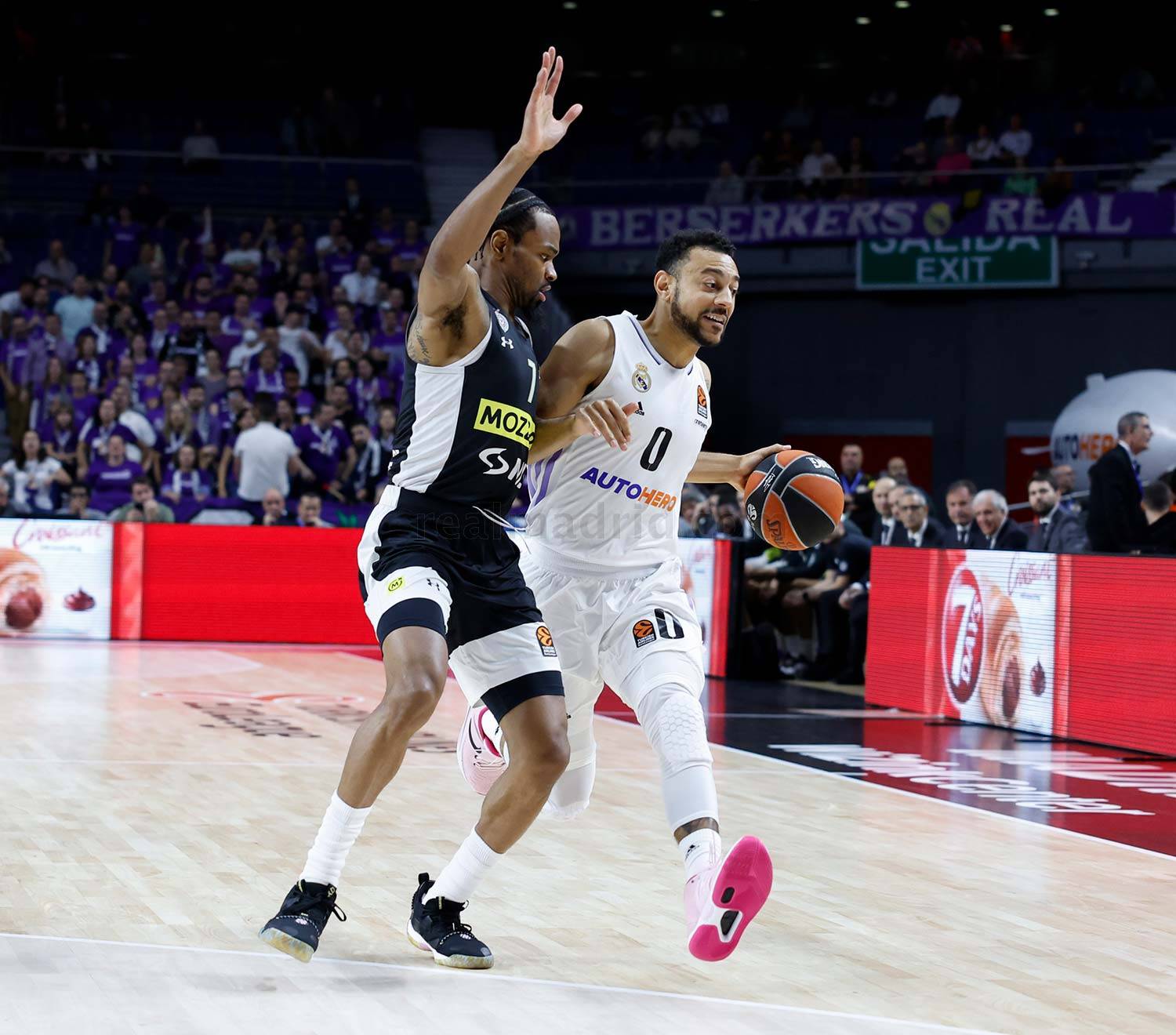 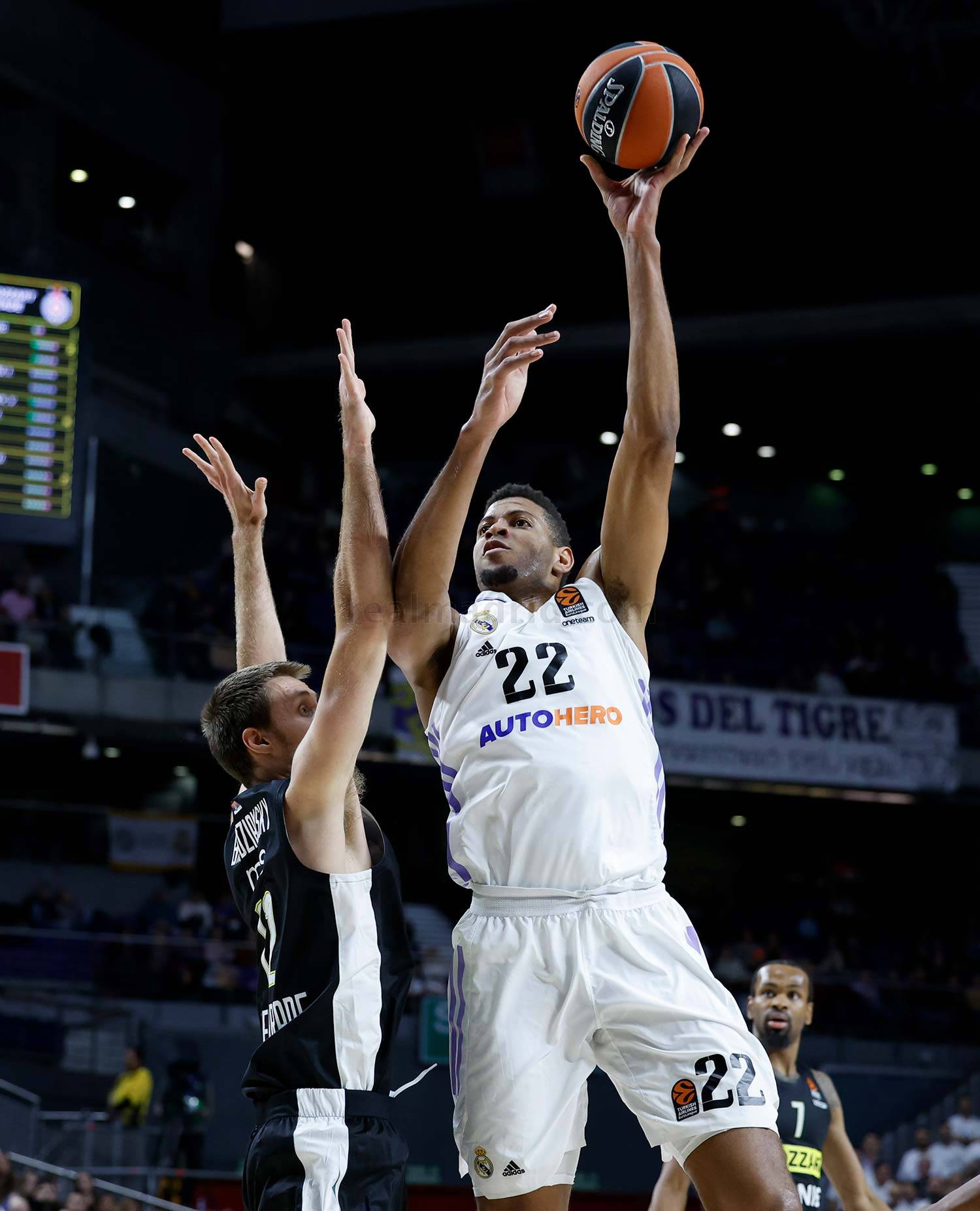 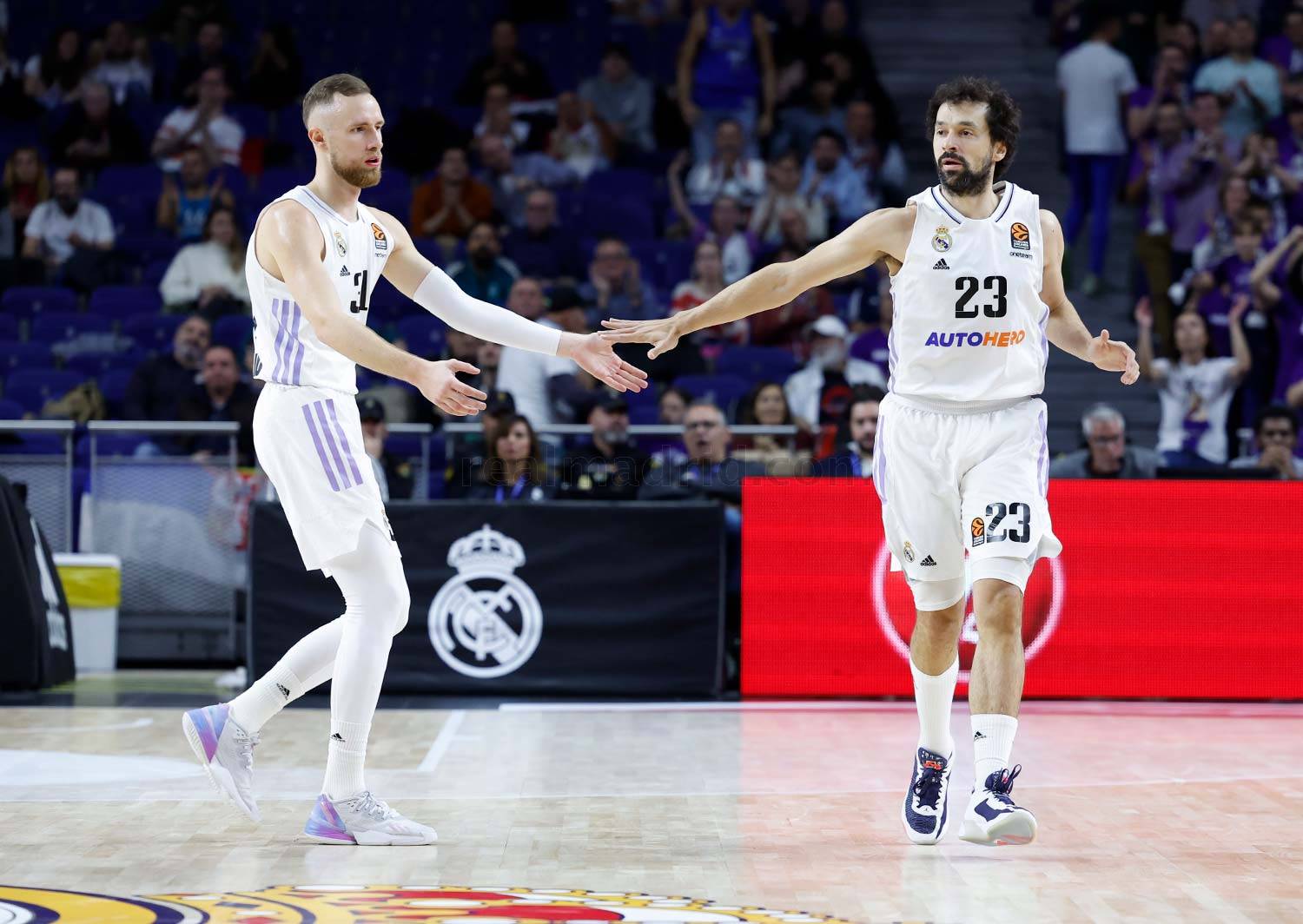 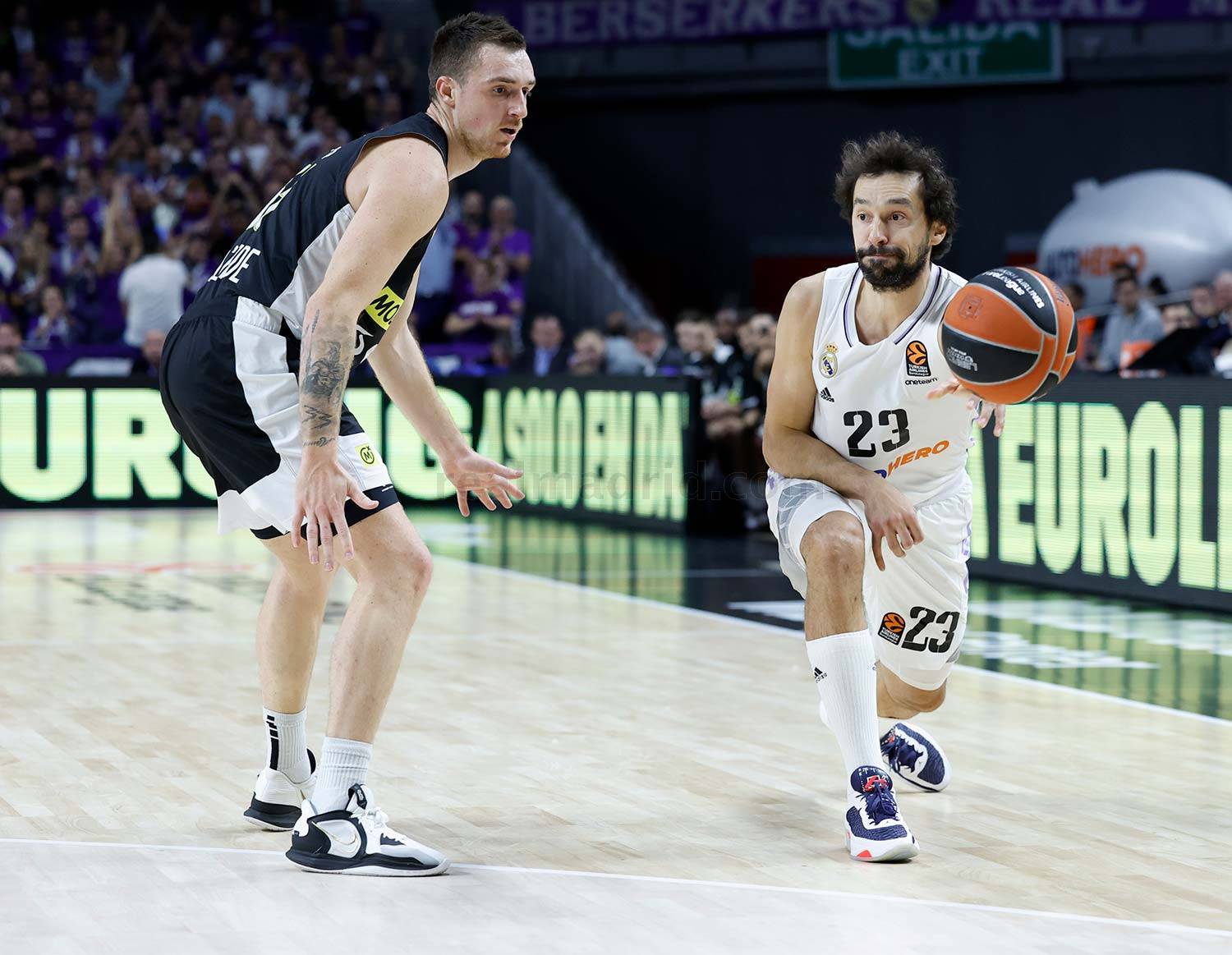