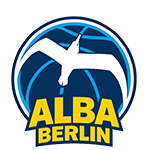 Real Madrid didn't give the Germans a chance and notch up their third consecutive win as Williams-Goss returns..

Real Madrid got back to winning ways in the Euroleague with their third win in a row, their fifth in total, with a win over Alba Berlin on matchday 8 at the WiZink Center. Producing their most solid performance of the season, our side nullified their rivals by scoring more than 50 points in the first half once again this week (53) Poirier (19 points, 7 rebounds, 3 blocks and 28 index rating points) and Sergio Rodriguez (13 points, 9 assists and 20 index rating points), led a team which blocked on 9 occasions. Ndiaye (6 points and 2 blocks) had some quality moments. The return of Williams-Goss after being out for 6 months injured, was the icing on the cake to the victory.

The game took on a “demonic” speed from the get-go as Chus Mateo described Alba Berlin’s play. However, it was Real Madrid who raised their game in a memorable first half. They had notched up 54 points last week to Anadolu Efes by half time, this week they almost equalled that with 53. To find the attack-defence balance from the start, they set the pace very high and dominated all aspects of the game. 20-8 up after just 8 minutes of play with 3 names standing out in particular: Tavares (6 points and 3 blocks), Cornelie (2 three-pointers and a dunk for 8 points) and Williams-Goss who entered in the 5th minute and took another 5 minutes to show that he is fully recovered (6 points).

Madrid on fire
The German side was beaten at its own game. Notwithstanding, they were true to their style and when they were able to string together several three-pointers, above all after Procida's entry, they put up a good fight. They stayed within reach in the first quarter (26-20) but could not keep up with Madrid in the second. Our team, full of pep and with the magisterial leadership of Sergio Rodríguez (5 assists), beat them again and again. The pairing of Ndiaye and Poirier in the painted zone made the difference in the second quarter. The reserve stood in for Yabusele perfectly and played his best minutes of the season. He was on another level physically (6 points, 2 rebounds and 2 blocks). It is aslso a luxury to have a centre like Poirier. The Frenchman took the baton from Tavares and dwarfed the 7’2” Koumadje. He managed 13 points and 17 index rating points, with two blocks out of the 7 we managed in the first half (53-37).


The home side would continue to lead after half time with a run of 8-0 with Musa and Tavares taking the initiative to reach an advantage of 24 in the 23rd minute (61-37). The WiZink was buzzing and the players were enjoying themselves. Alba Berlin tried to react through Lo and Smith but Chus Mateo’s players used group solidarity to put paid to their attempts. Sergio Rodriguez continued with his master-class; supplying Poirier with passes (he ended on 9 assists). The Frenchman culminated his performance by smashing the hoop right in front of the visitors, by this time, impotent. A great game from him. Hezonja scored from the outer court and the game was heading in the right direction before the interchanging of baskets in the 4th quarter. All credit goes to our team, achieving the biggest victory of the season in the Euroleague (90-72). 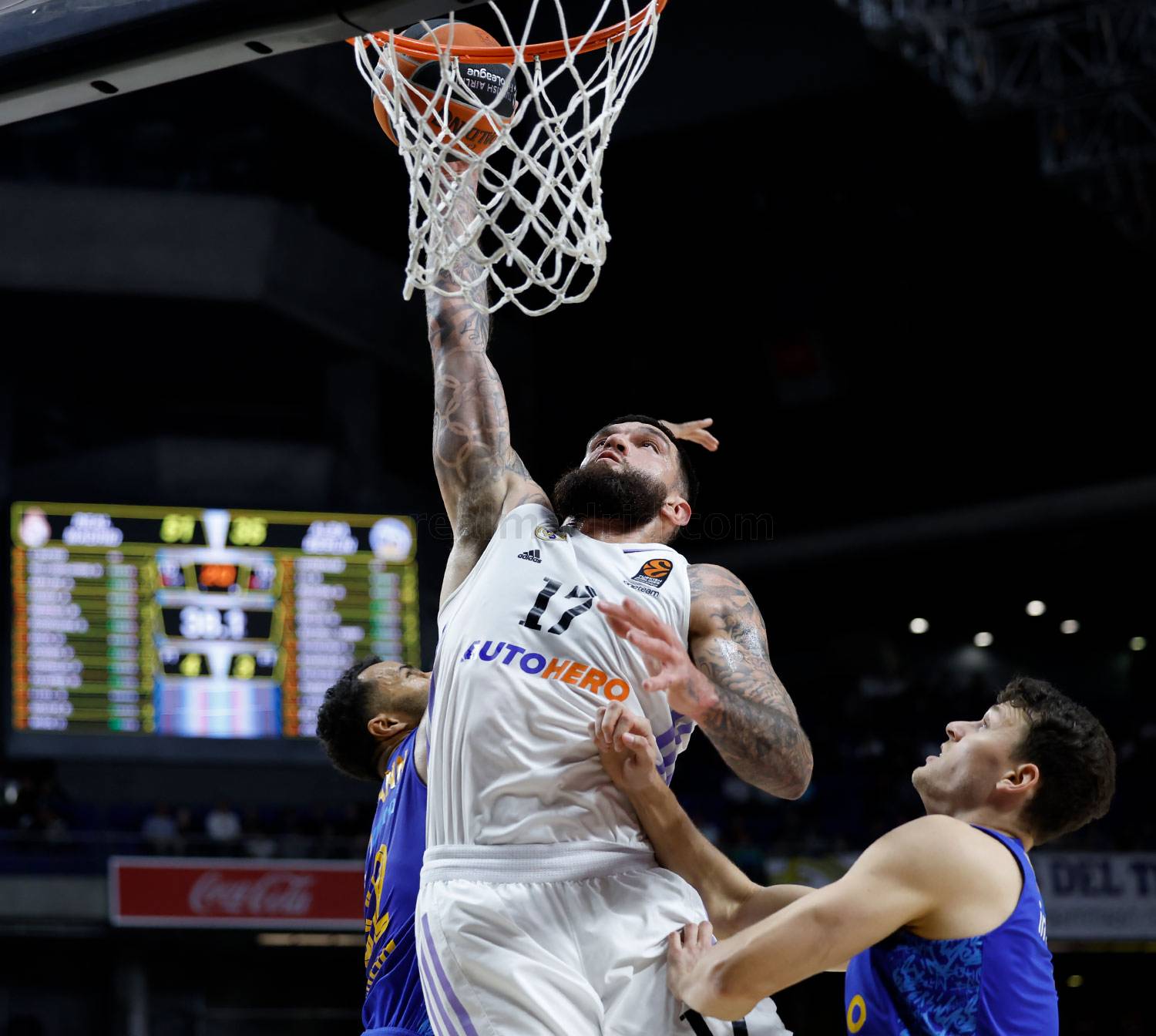 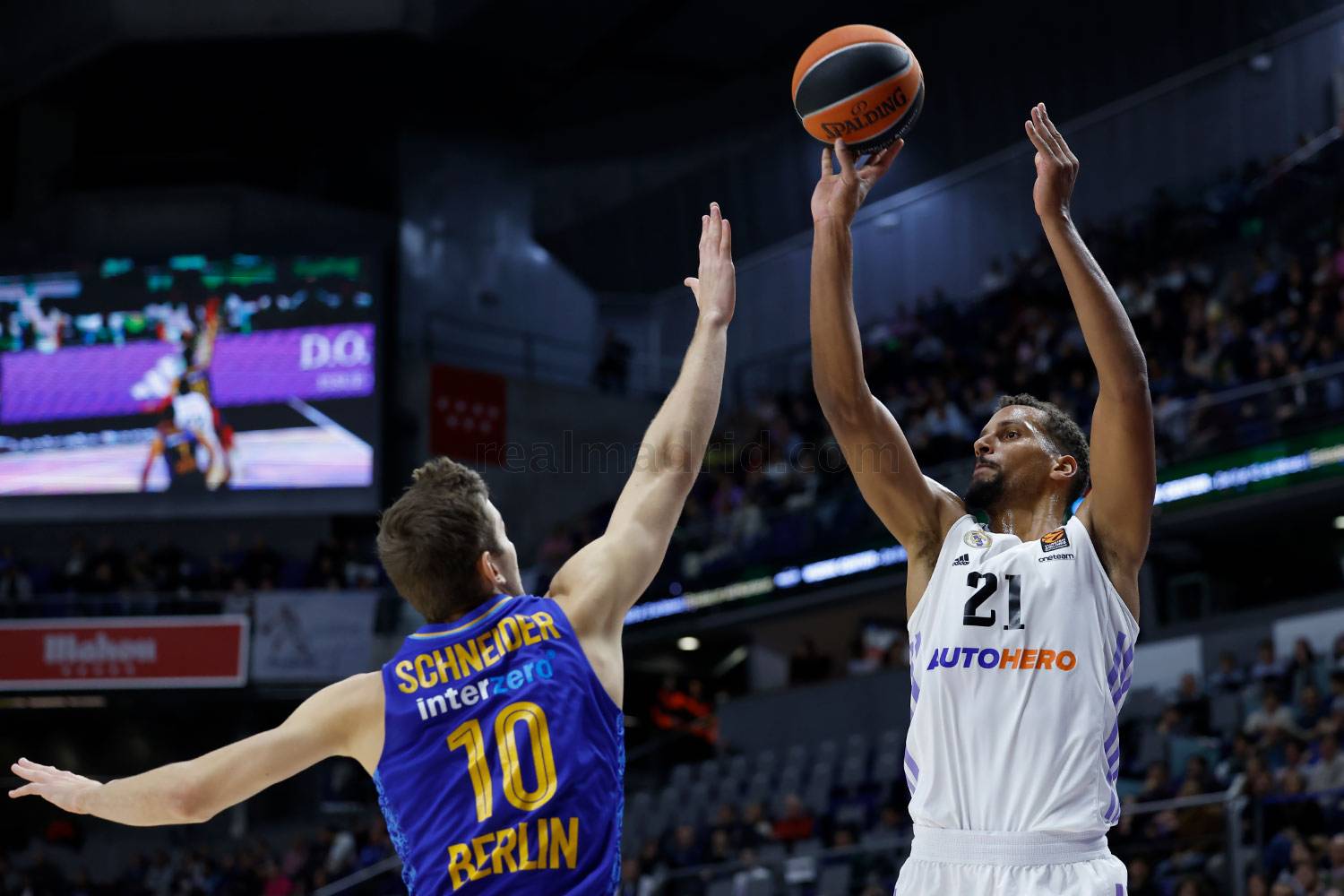 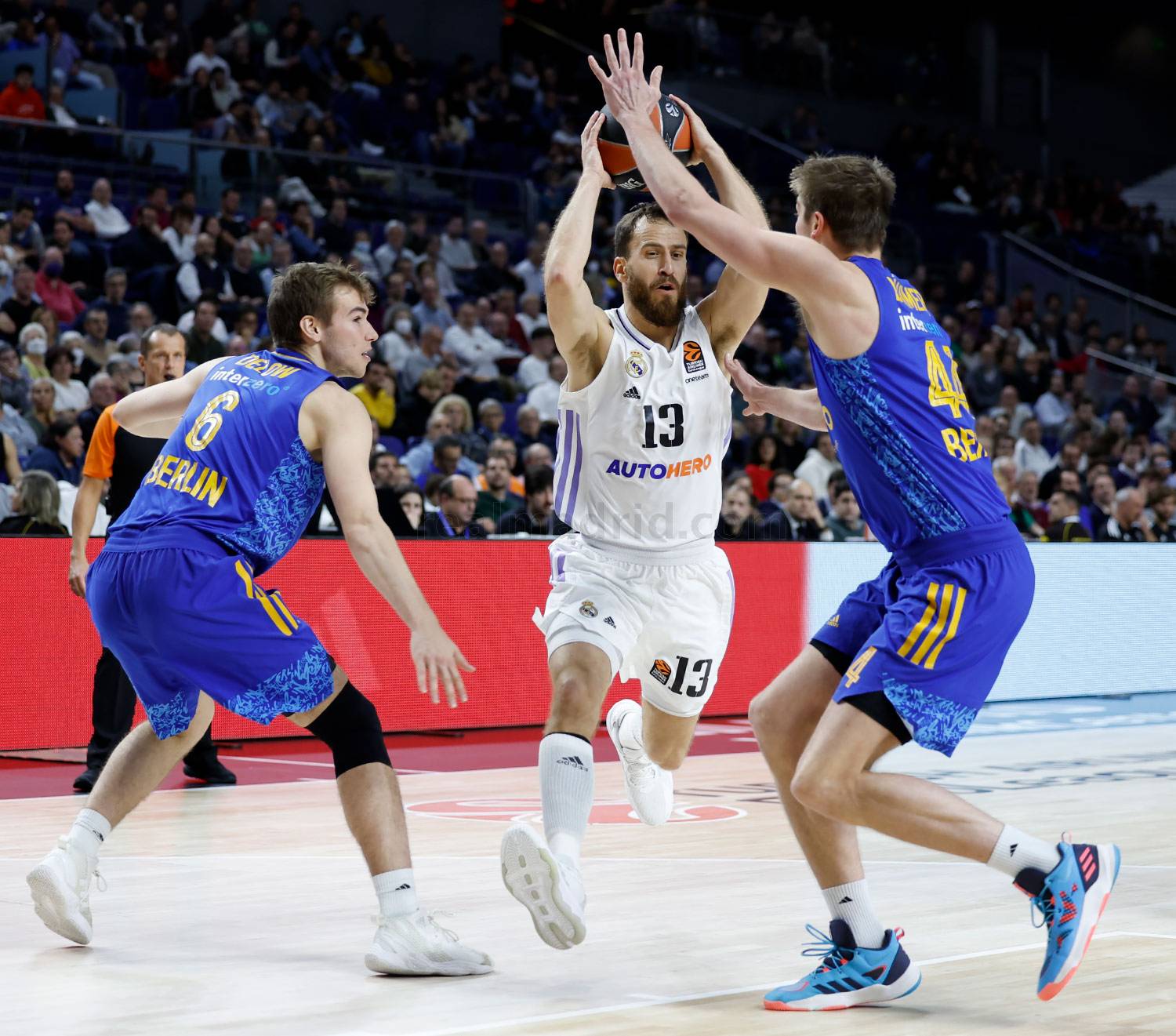 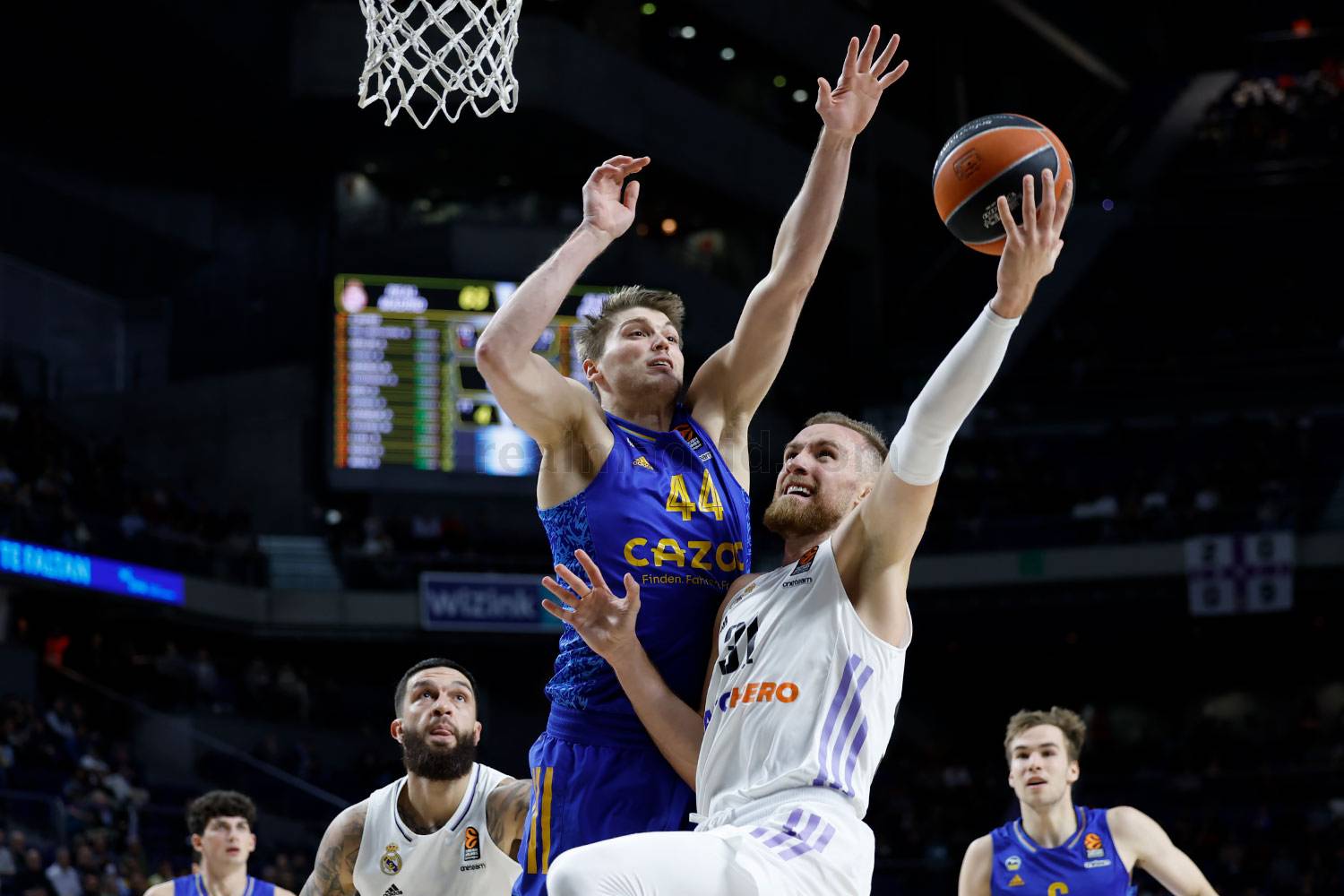 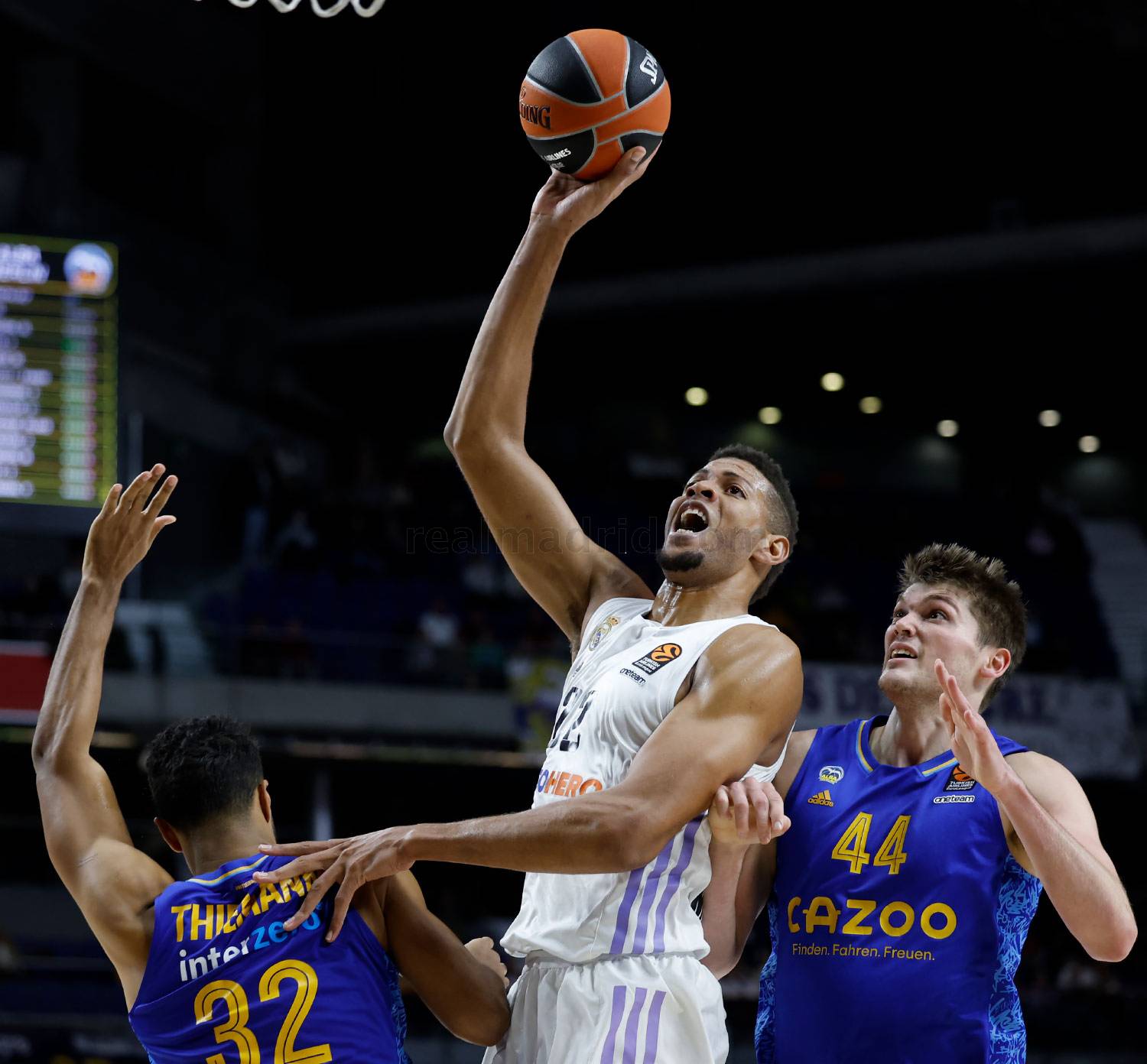 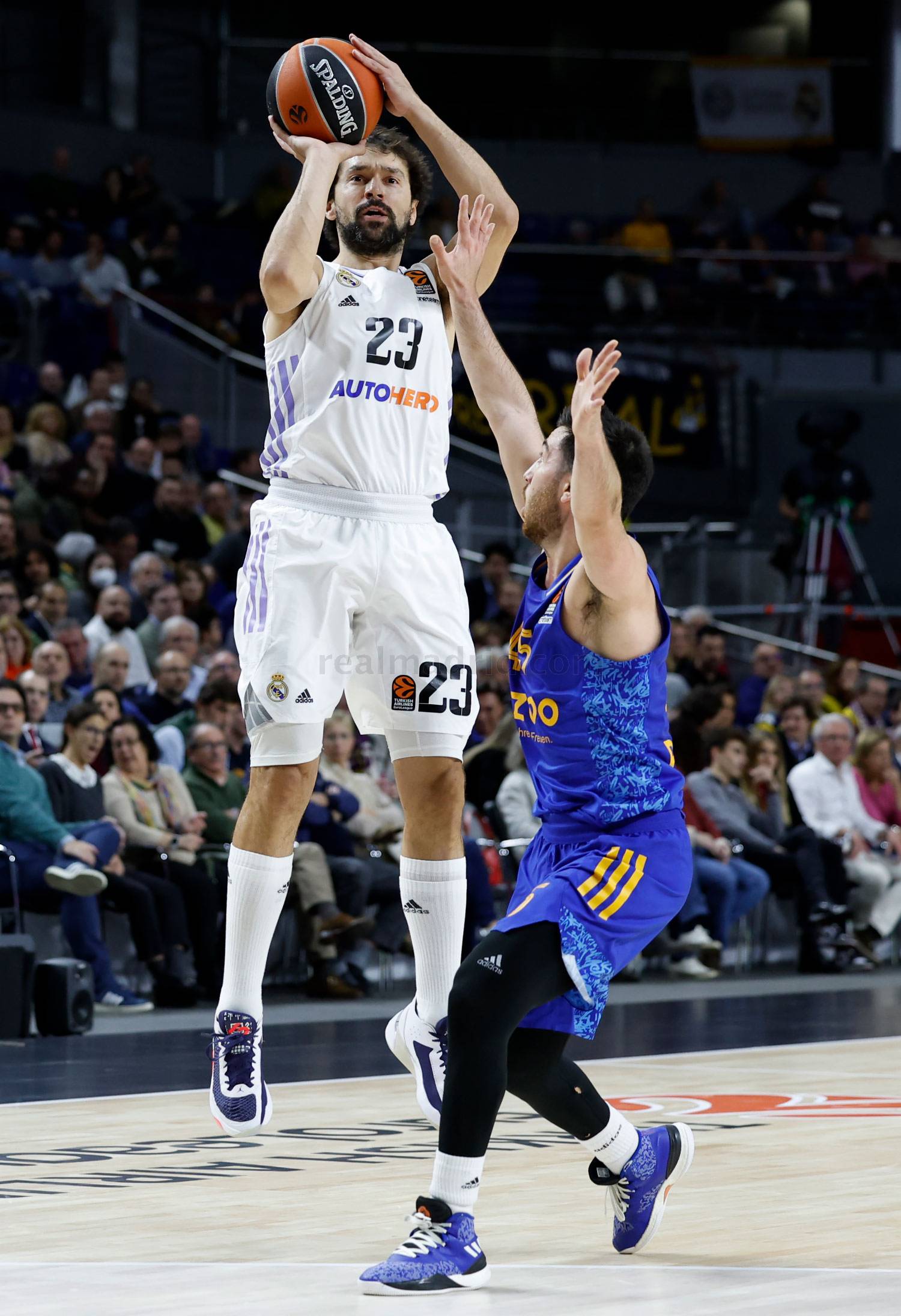 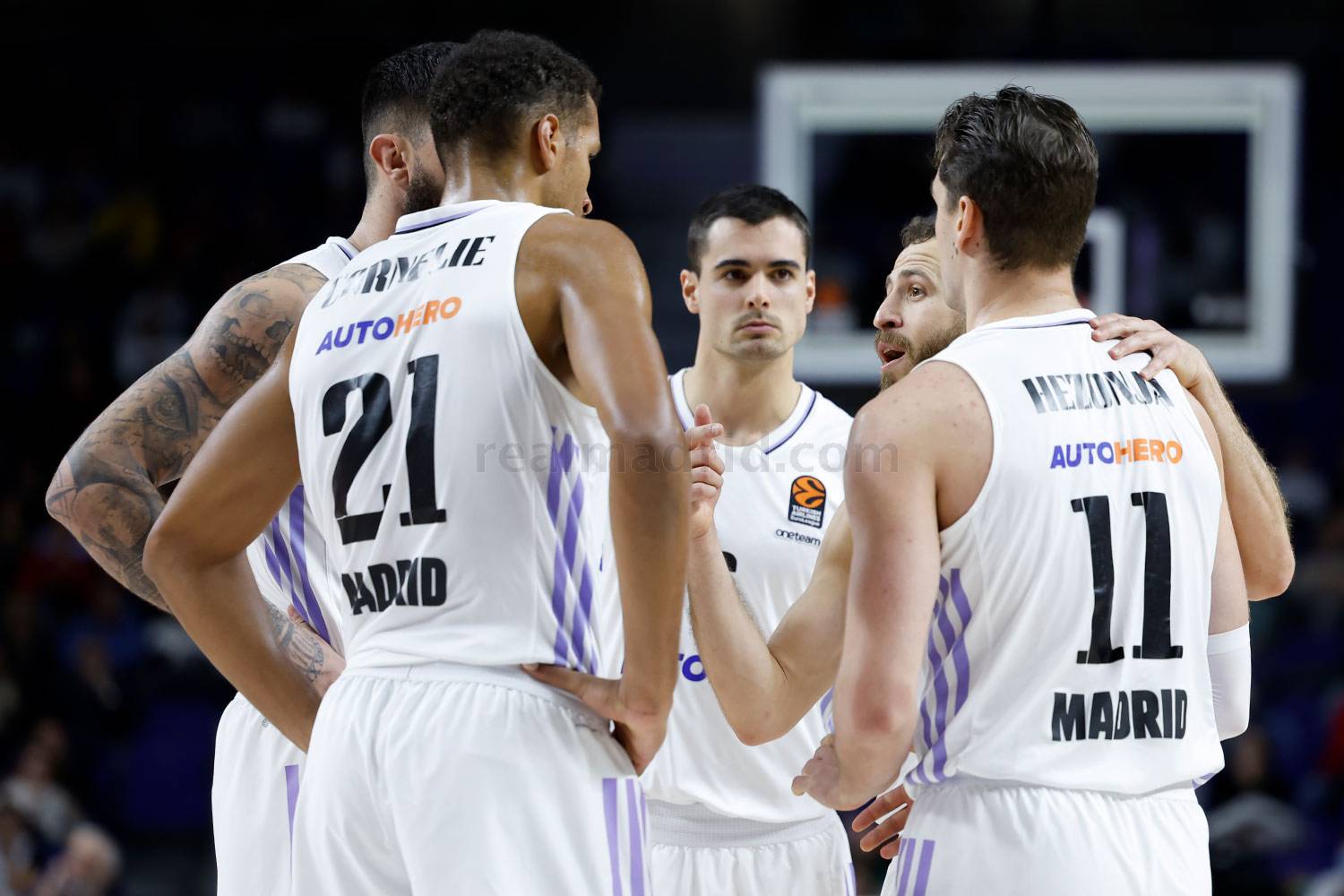 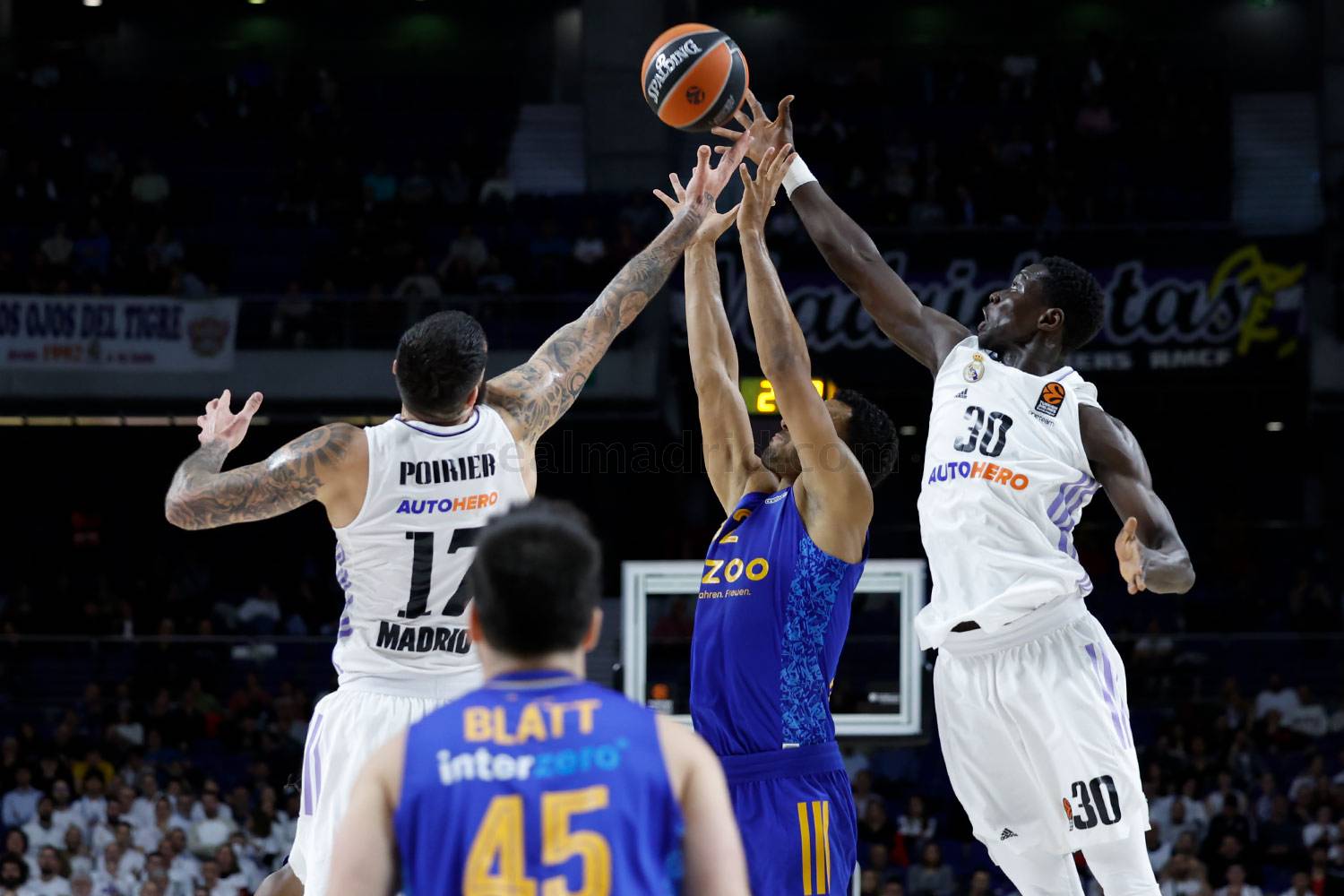 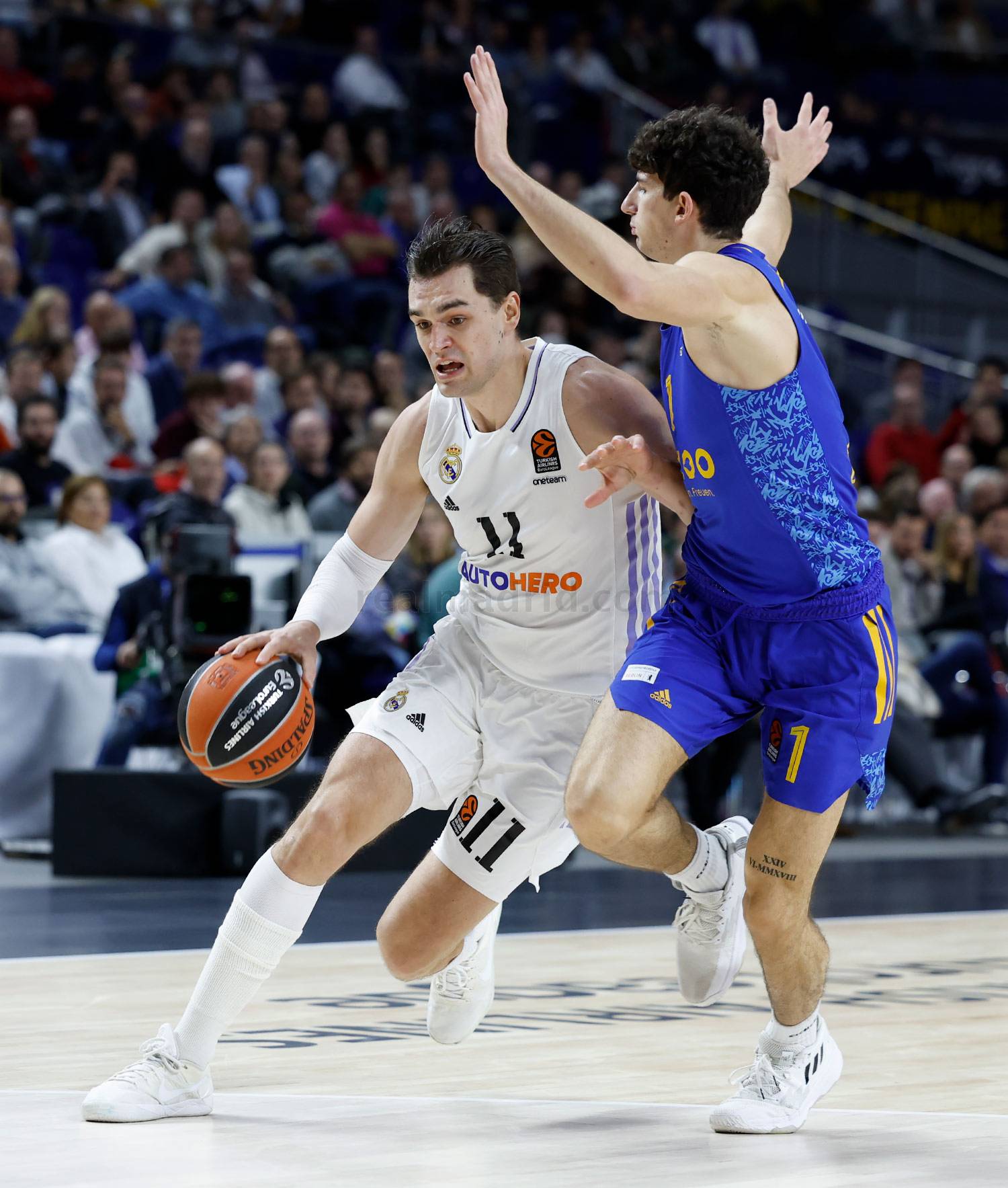 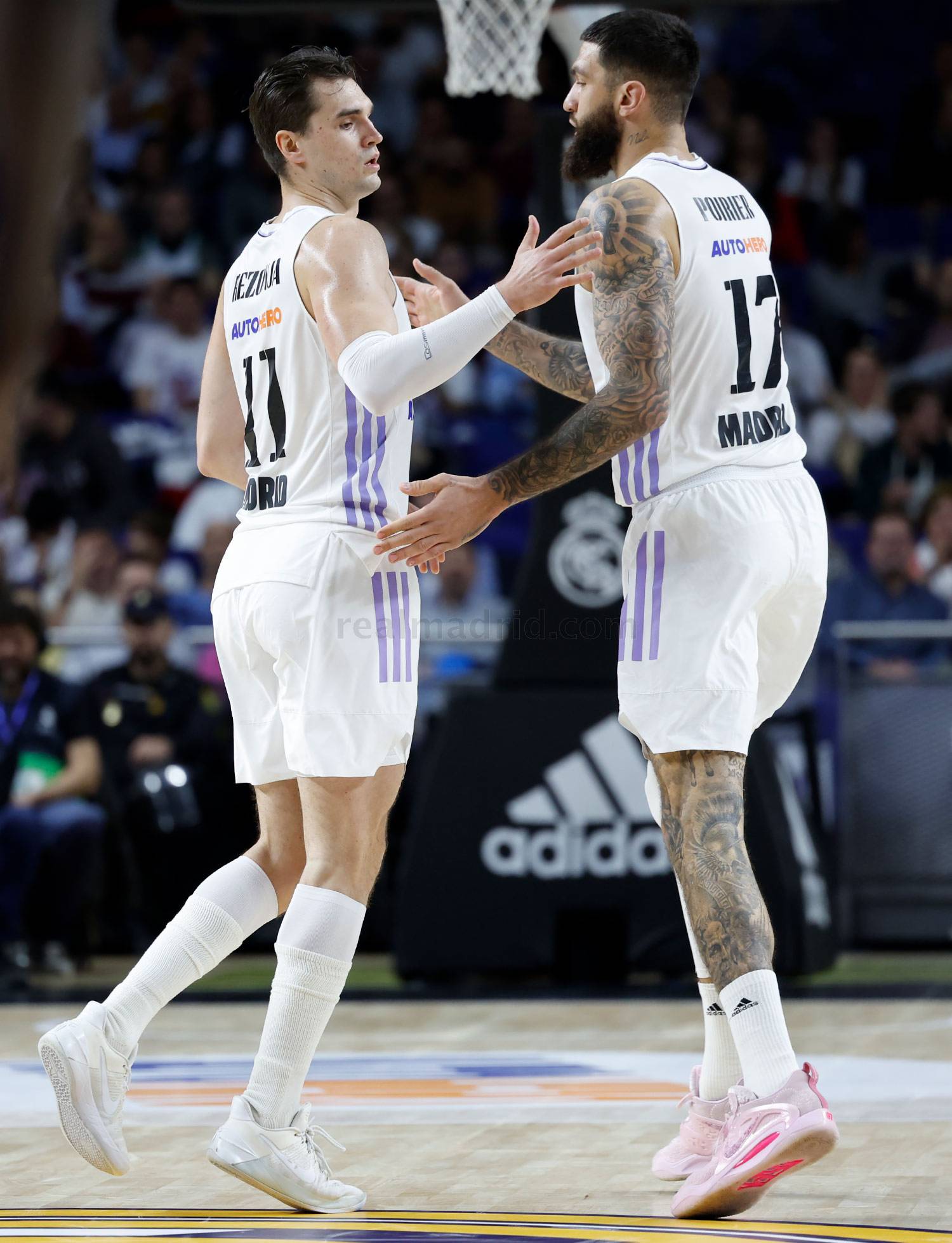 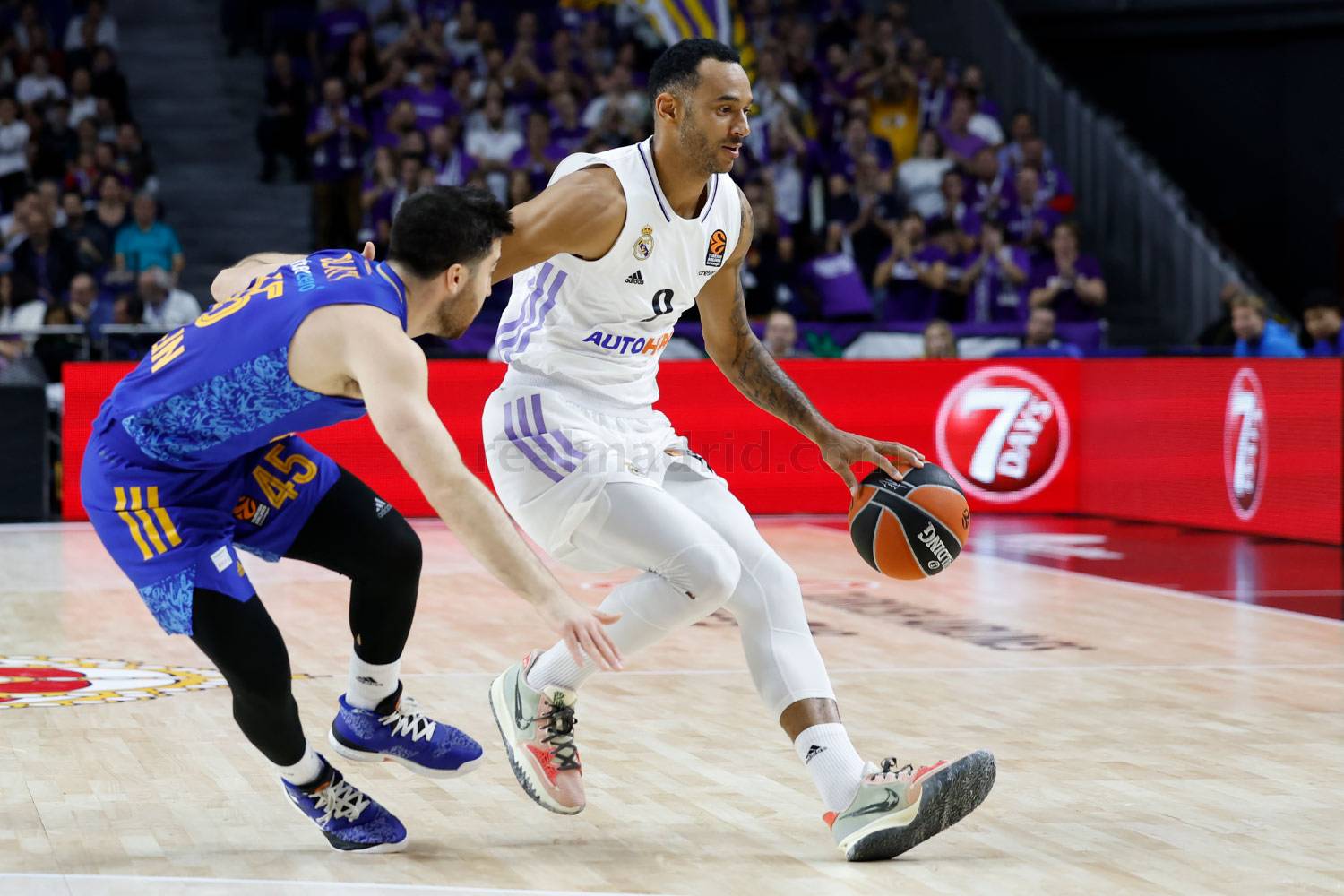 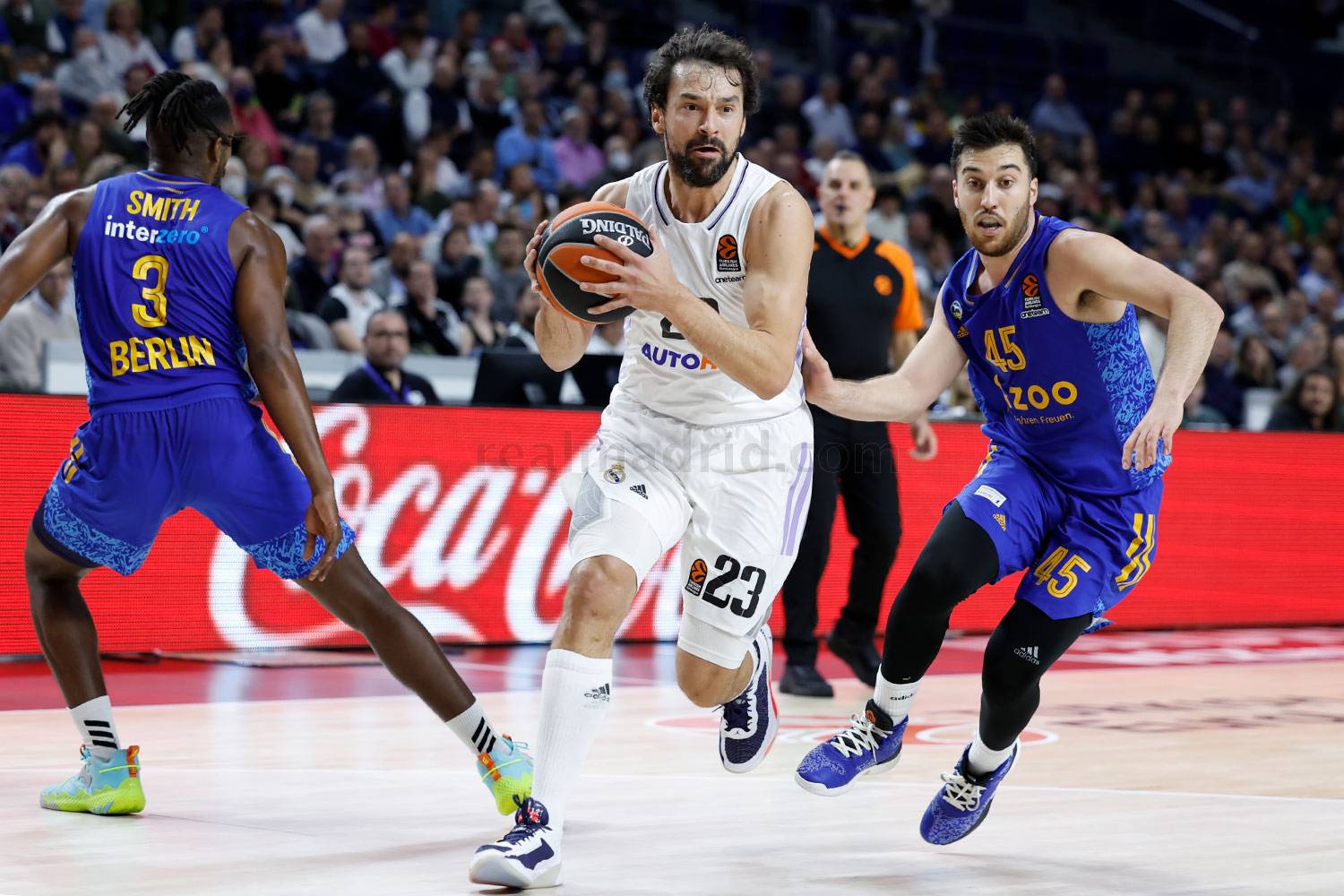 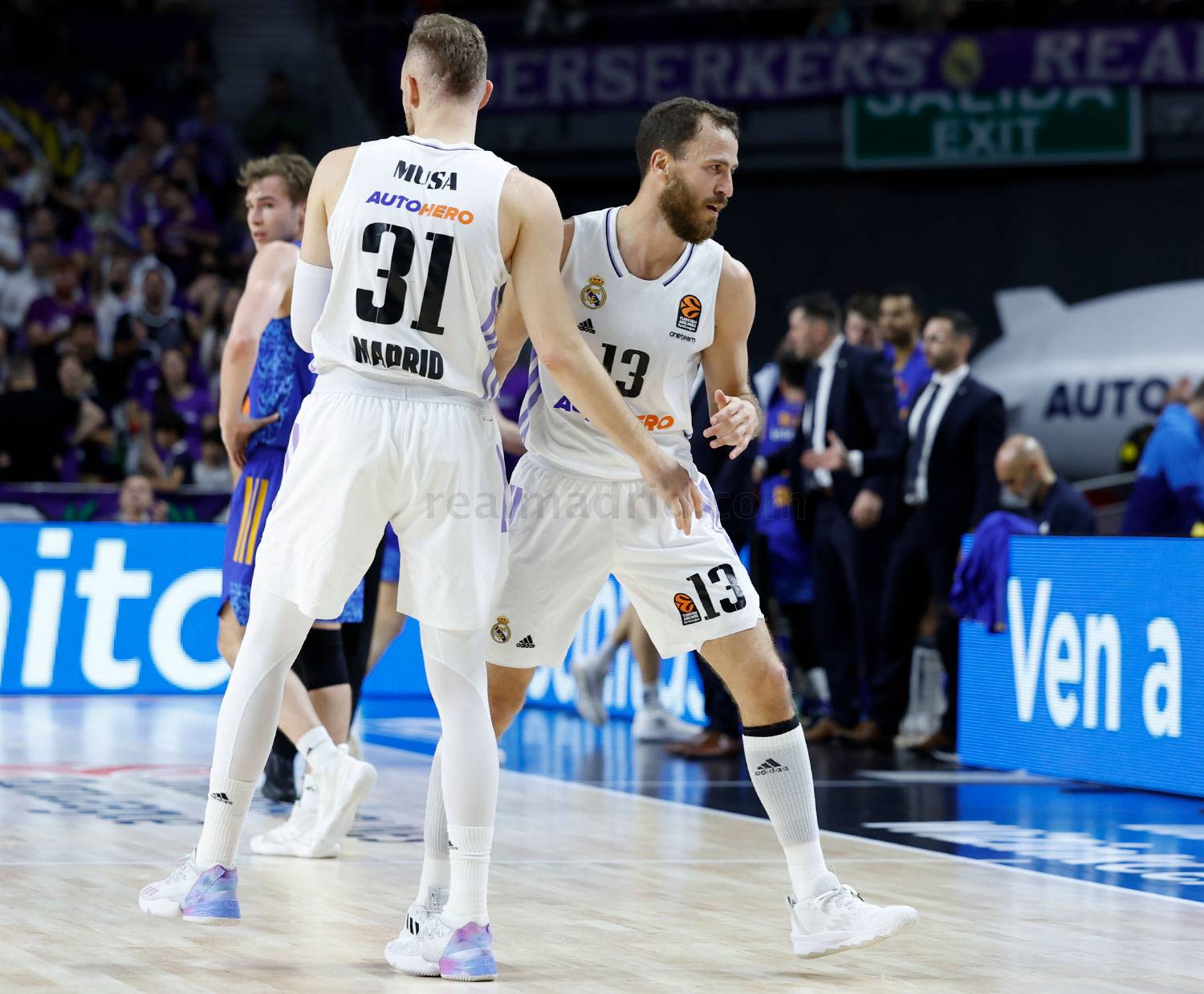 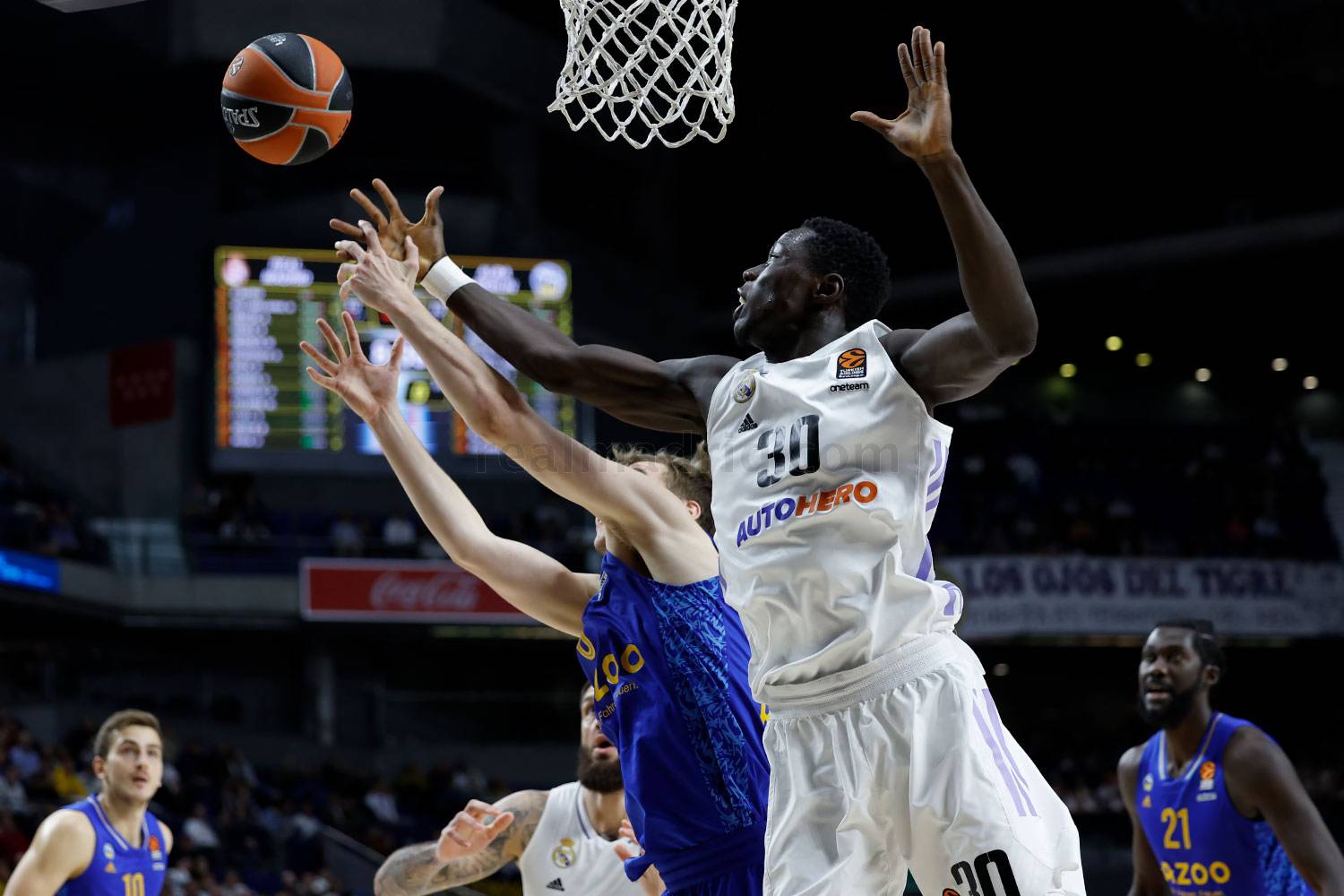