Real Madrid overcame Joventut at the WiZink Center to kick off the month of May with a bang. Hanga, Poirier and Yabusele were the standout performers for our side.

Real Madrid won their sixth game in a row over the last two weeks. The team recorded their 22nd Endesa League win of the season after beating Joventut (99-89) at the WiZink Center, kicking off the month of May on a high. Pablo Laso's side got the better of a tough opposition in a very evenly matched game decided in the final minutes. The standout performers were Hanga, who registered 20 points in the final minute, Poirier (25 PIR) and Yabusele (24 PIR).

The early stages of the game lacked scoring rhythm. Yabusele and Causeur led the way for our team, both from the outside, opening up a 10-6 lead. The game picked up pace from the 4th minute onwards, with more chances around the basket. Willis and Feliz looked to close the gap on the home side from the three-point line, but Yabusele stepped up along with Hanga with six points to keep their opponents at bay. Madrid began to lose some of their attacking punch and Joventut capitalised to reduce the deficit (20-18). Laso introduced Poirier, Llull and Abalde, who again helped the team to extend the lead and close the first quarter at 29-23.

Joventut's rally
Both teams' defences were coming out on top which led to the scoring slowing down at the start of the second quarter. Laso's team gradually took control of the rebounding thanks to Poirier's 6 steals. This allowed them to open up their biggest lead of the game (+13) in the 15th minute. The visitors' reply soon arrived and Willis (10 points) and Tomic, managed to string together a 2-15 run to level the game with a minute to go before the break. A Randolph three-pointer and two points from Yabusele took Real Madrid one up as they made their way to the locker room (47-46).

After the break, Real Madrid came out firing on all cylinders. Three consecutive three-pointers and 16 points from Hanga spearheaded the home team's offence to make the score 62-53 (25'). The team from Badalona refused to give up and good play from Birgander in the zone brought his team to within four points. Laso's men stepped up again with Tavares unstoppable under the hoop and Causeur on fire from the 6.75 line. The closing minutes of the third quarter saw a constant exchange of blows, but Madrid came away with a seven-point advantage after a period dominated by the high scoring pace of both teams (76-69).

Madrid seal the win
The momentum didn't change in the final ten minutes. Six points from Tomic from the paint allowed Joventut to pull within two with six minutes to go. With 23 points, the visiting centre managed to guide his team level (83-83) but Madrid were quick to respond. Hanga, Llull and Yabusele were again the ones who made the difference, setting up a 10-0 run in the 37th minute. Ribas and Tomic pushed the visitors back to within six points, but our team upped their defensive efforts and were backed up offensively by a titanic Poirier in the zone. Real Madrid's winning streak continues, six in two weeks. 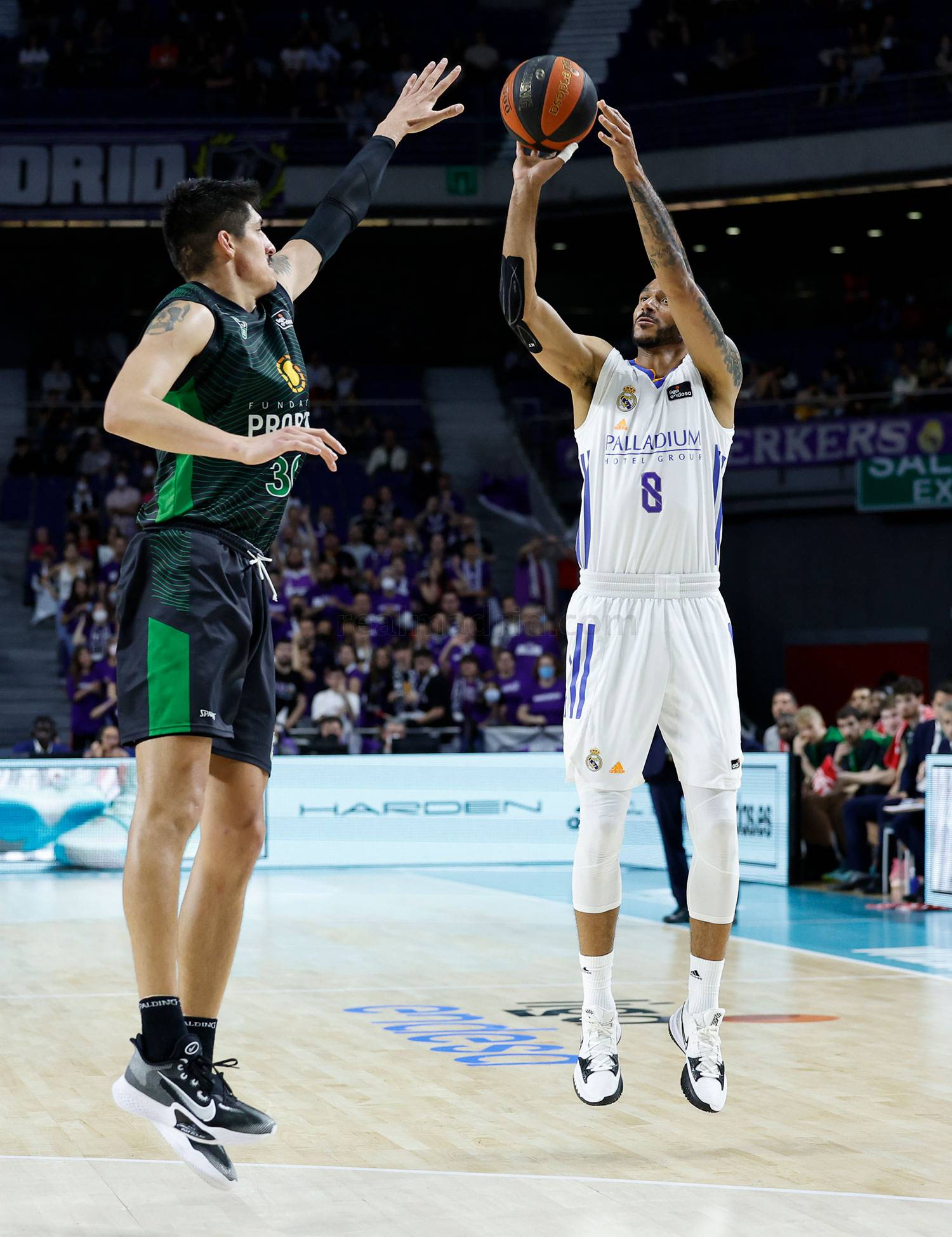 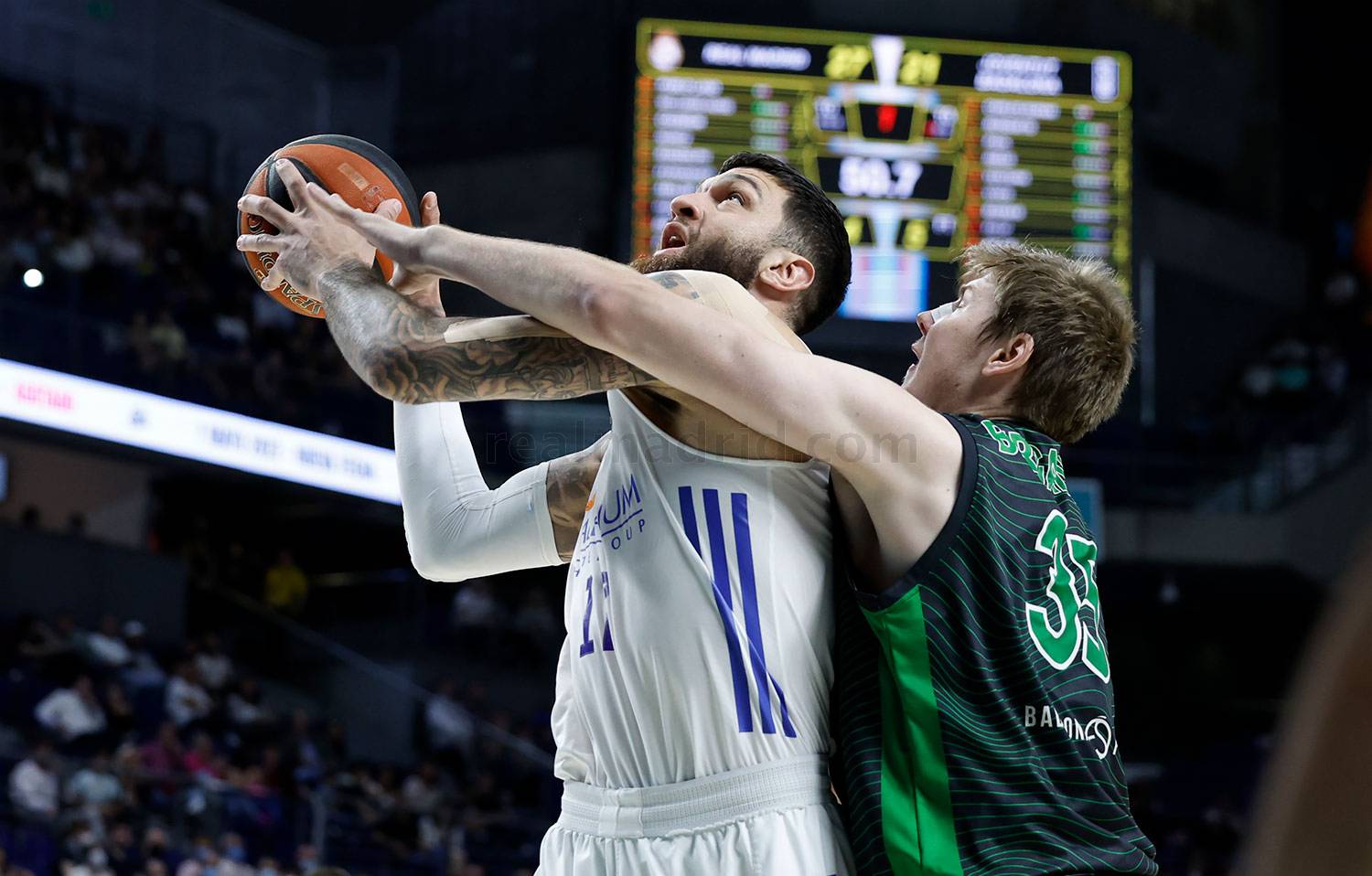 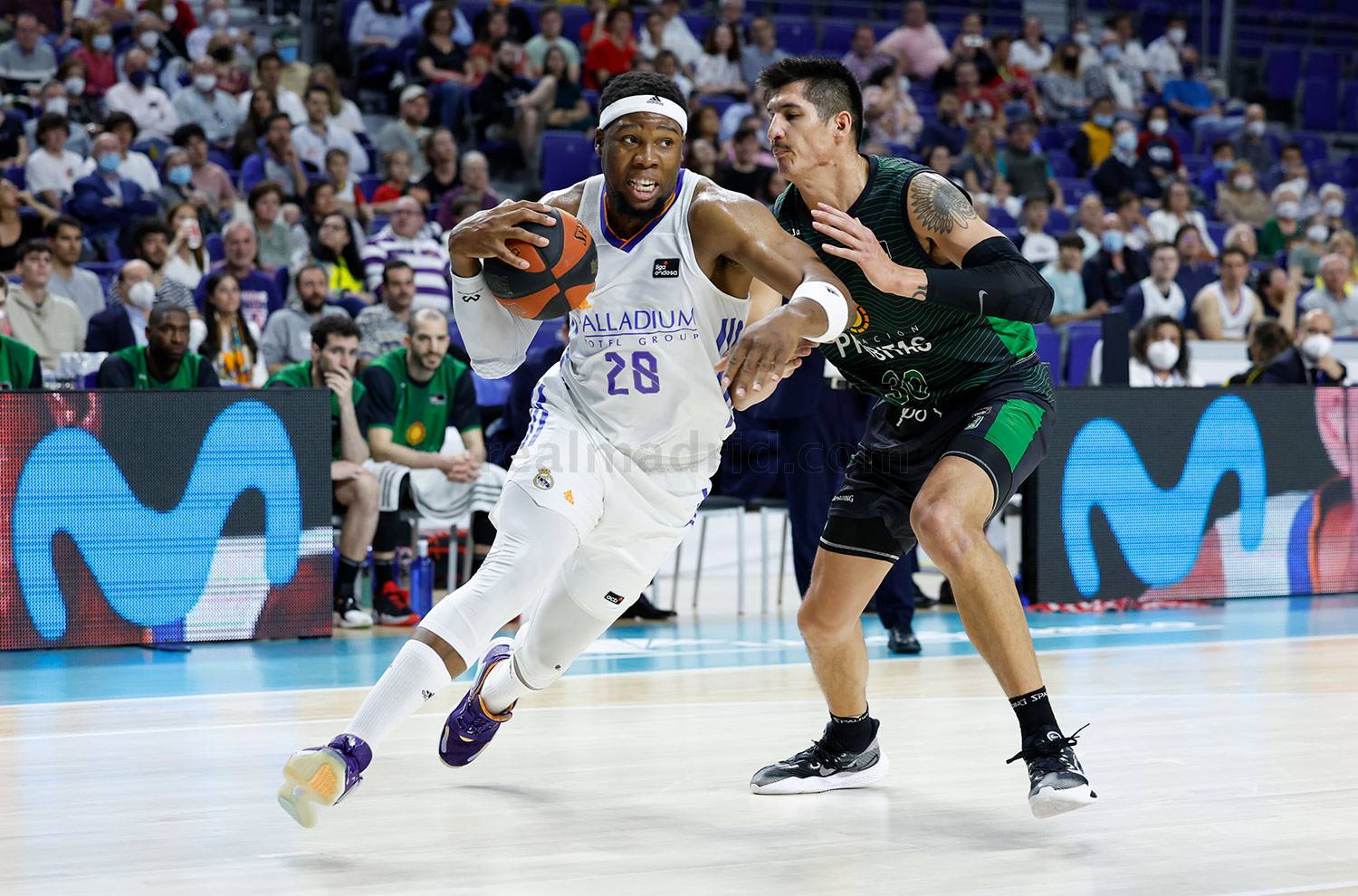 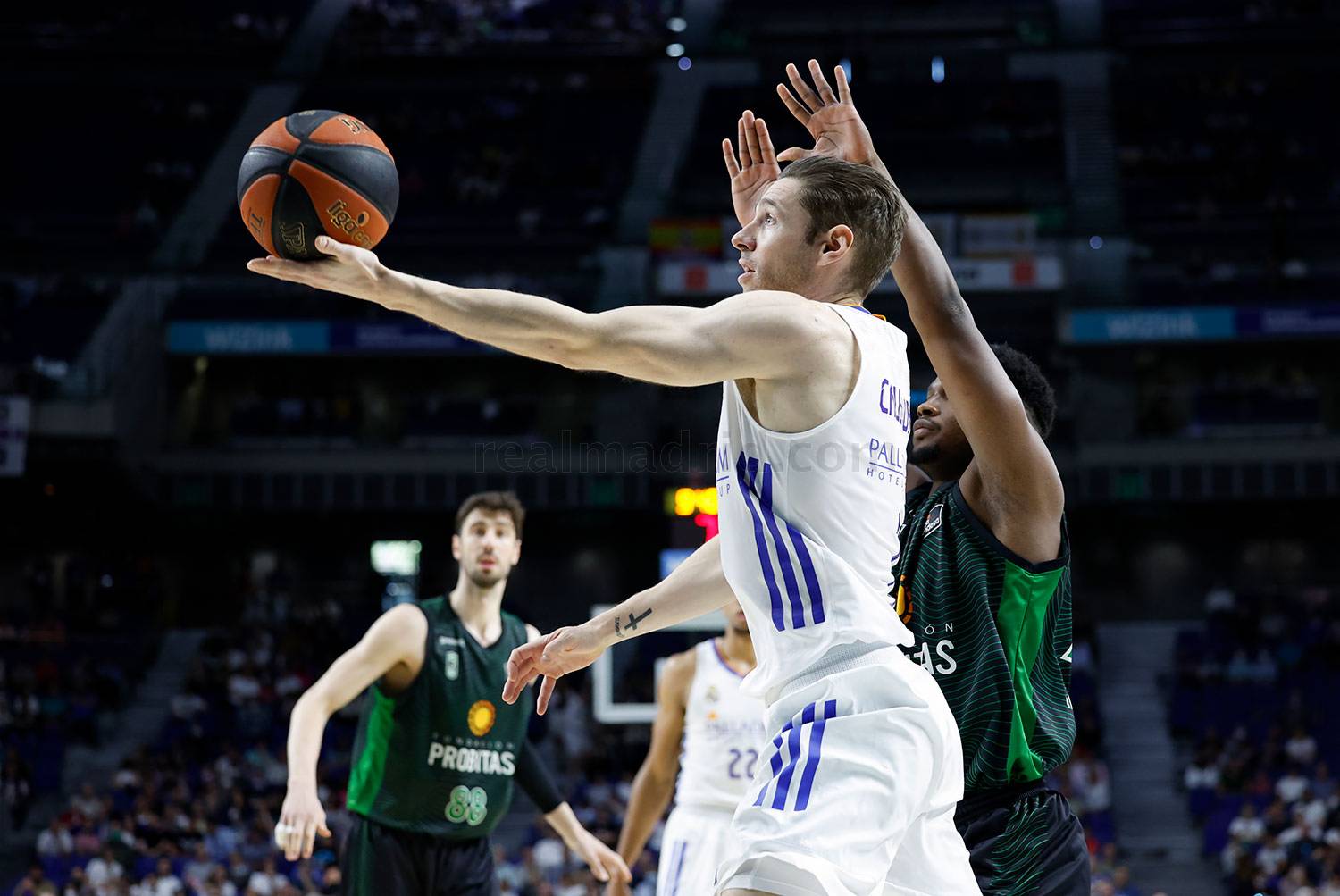 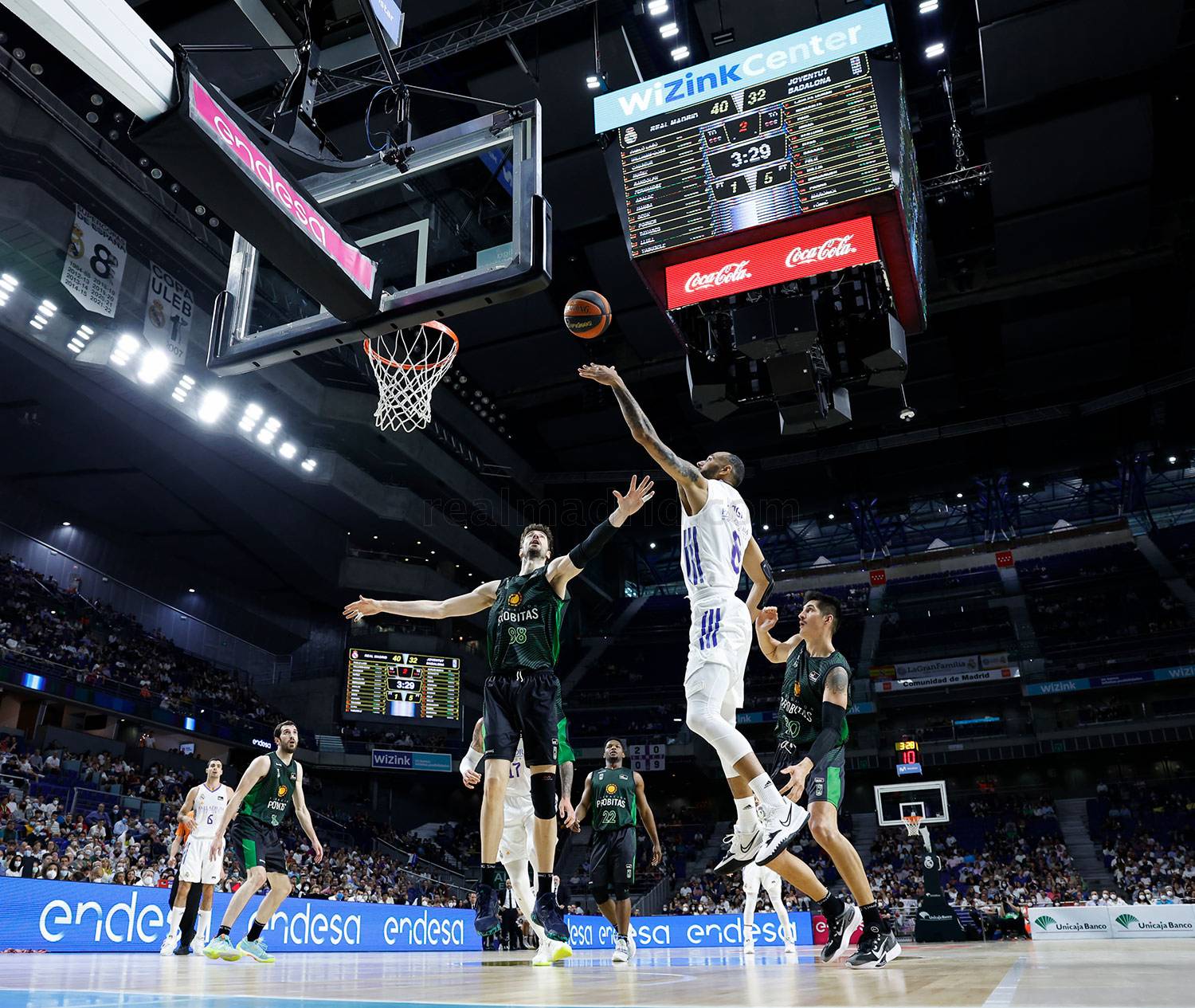 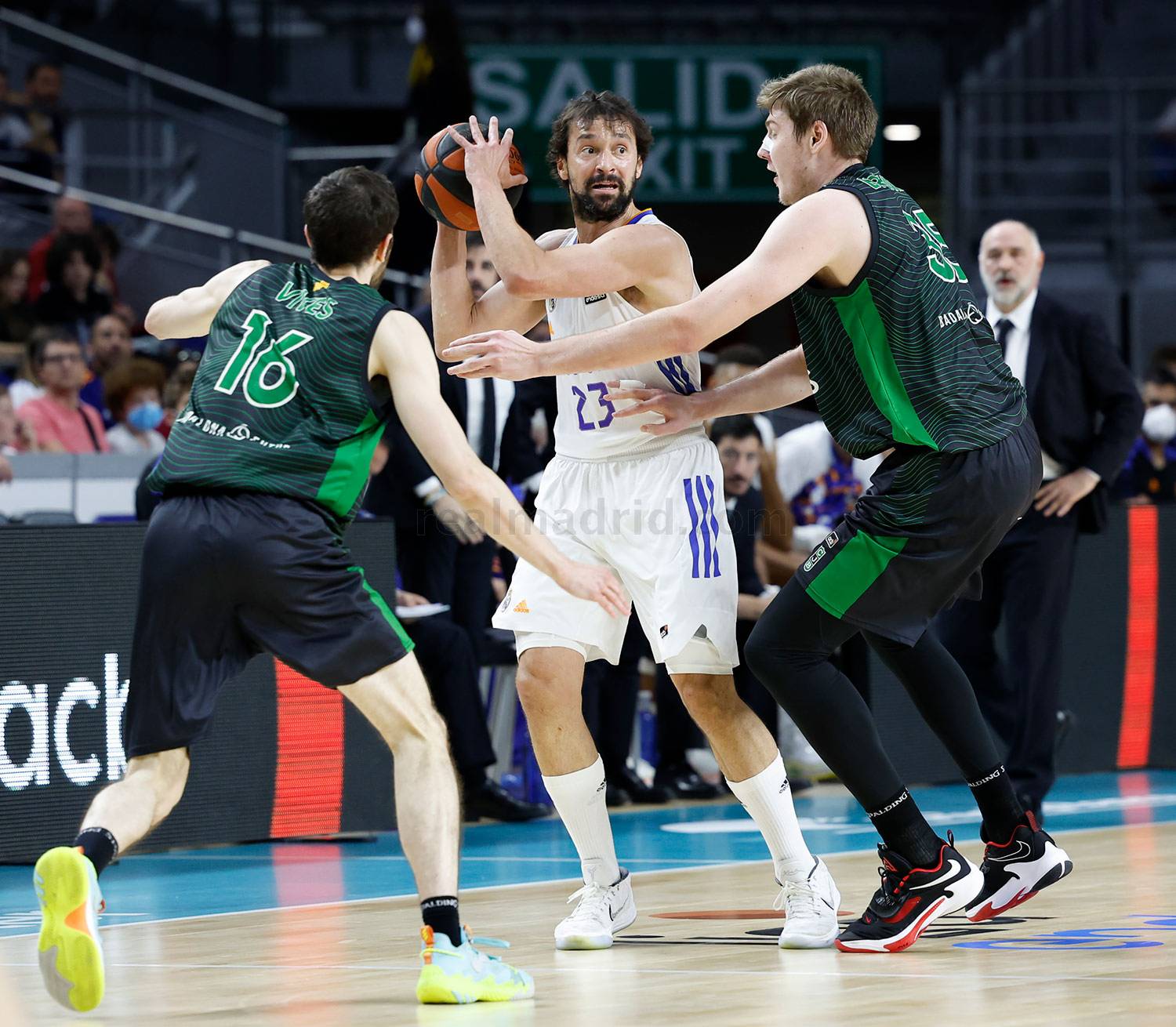 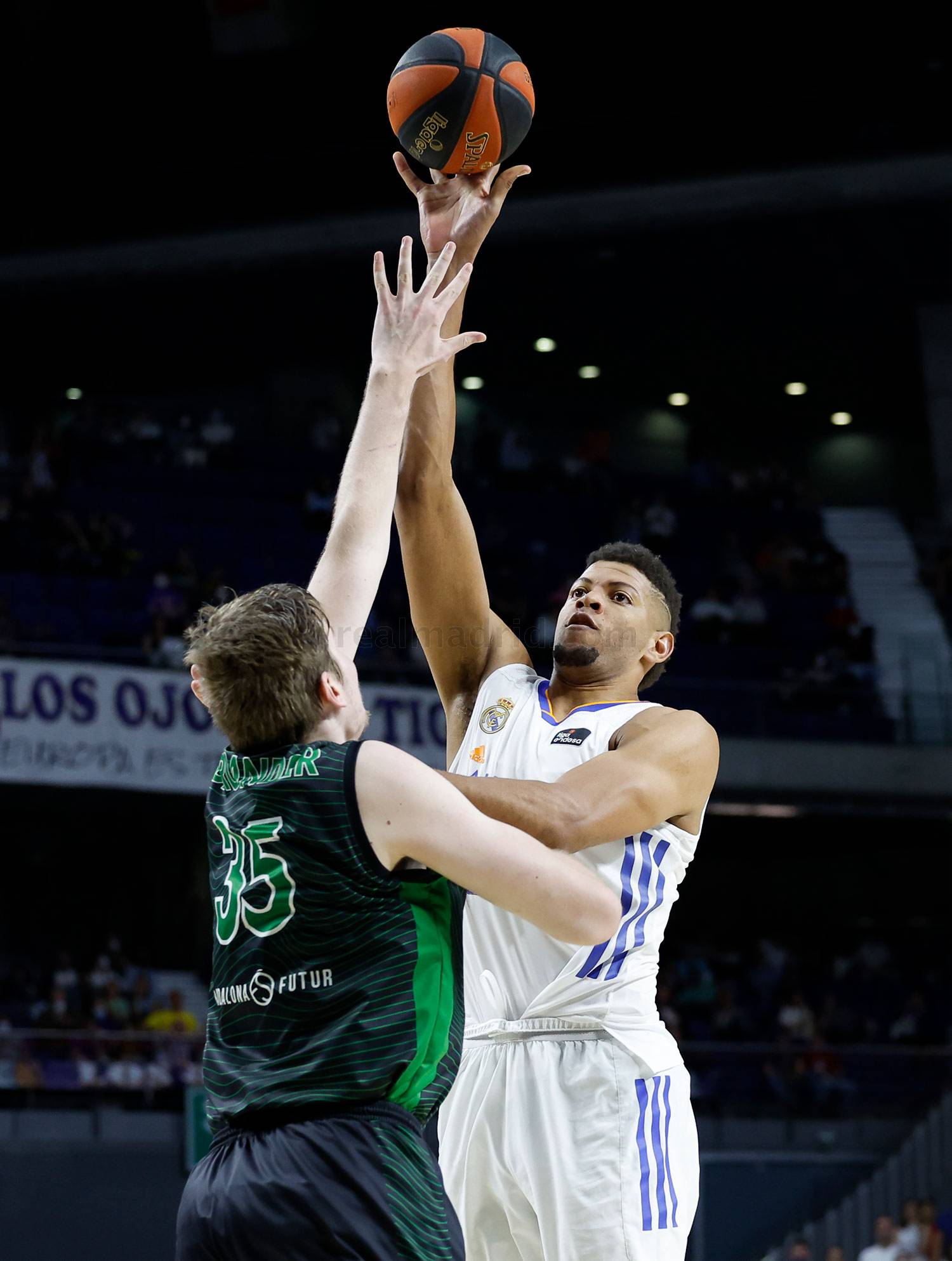 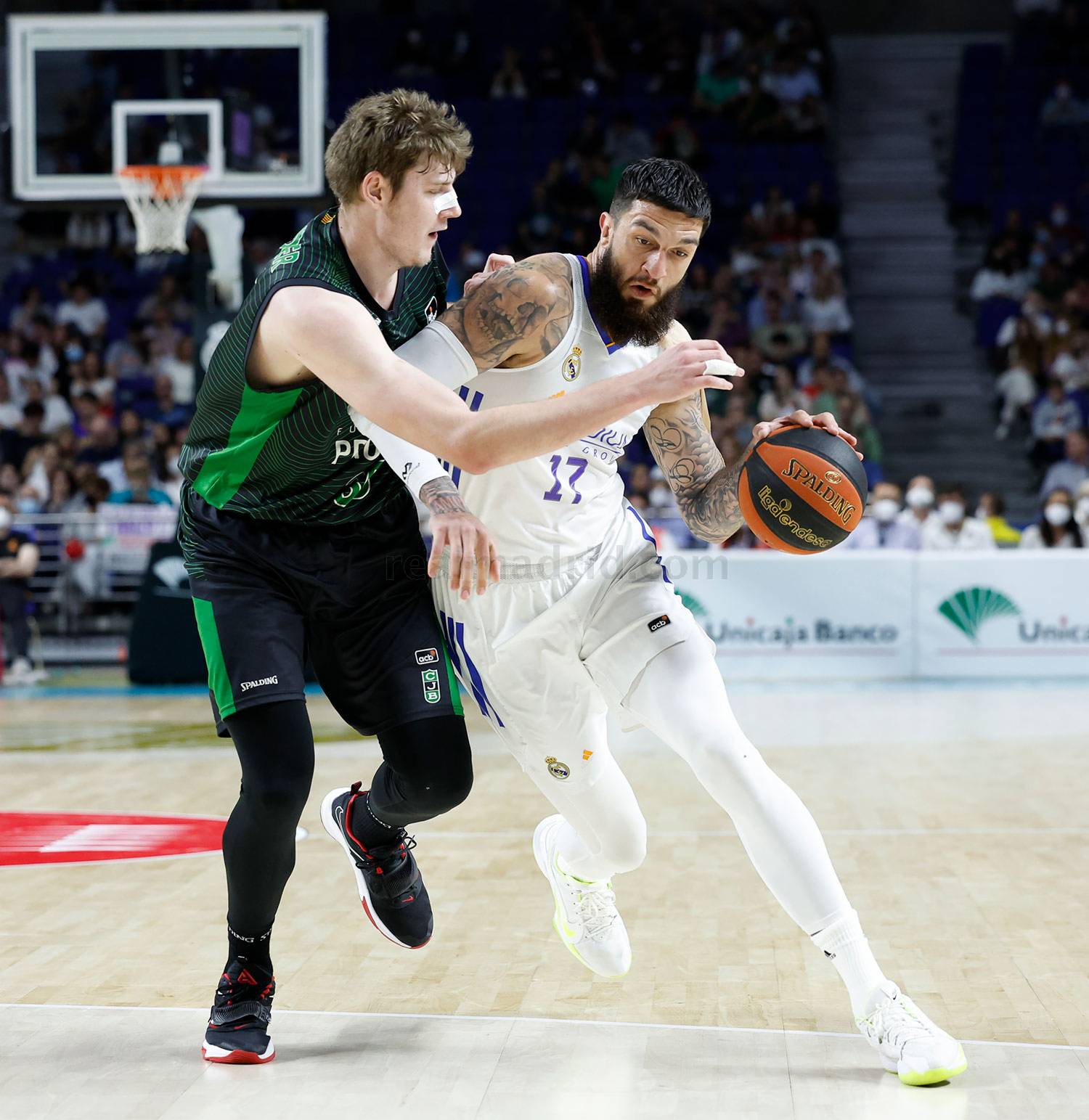 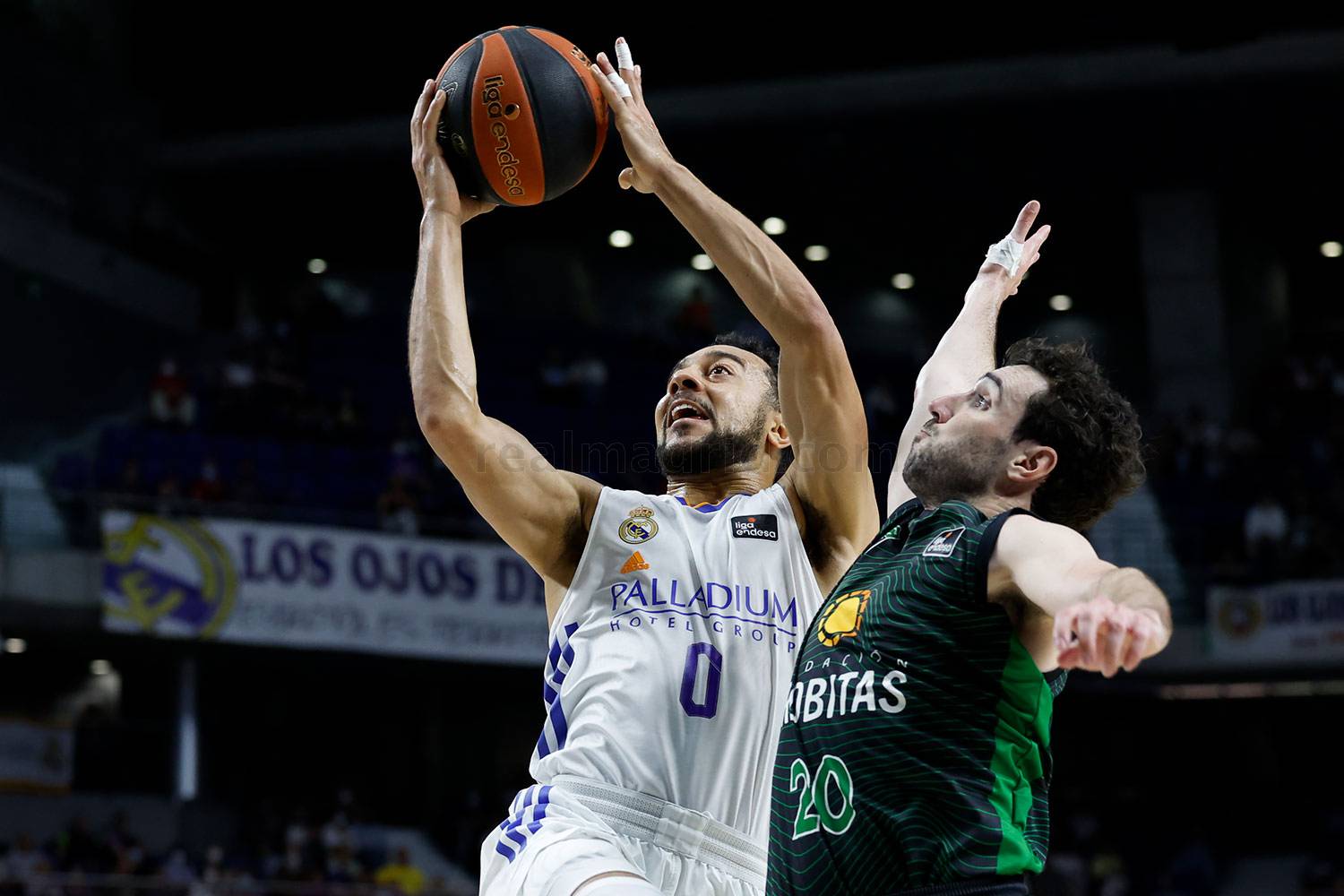 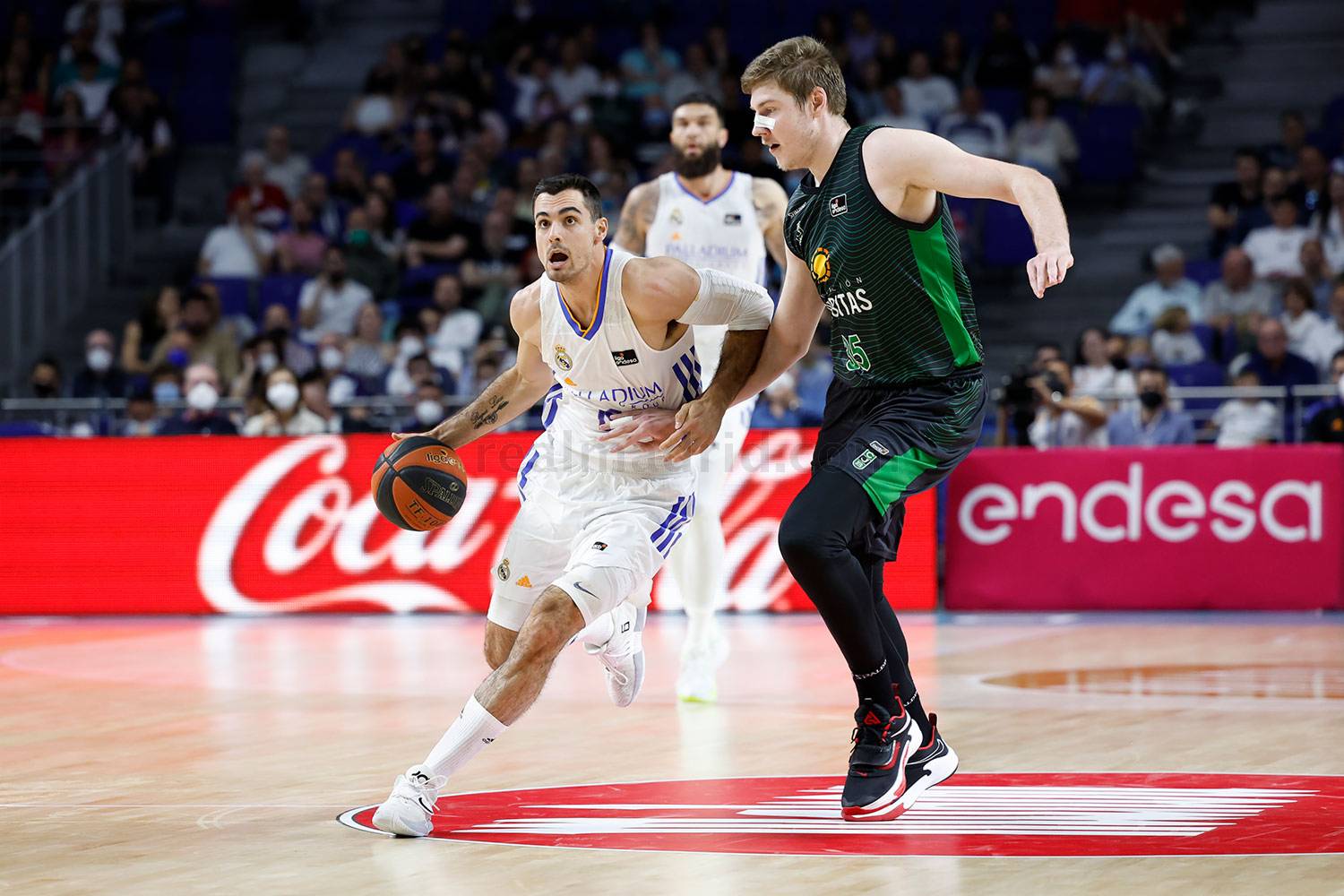 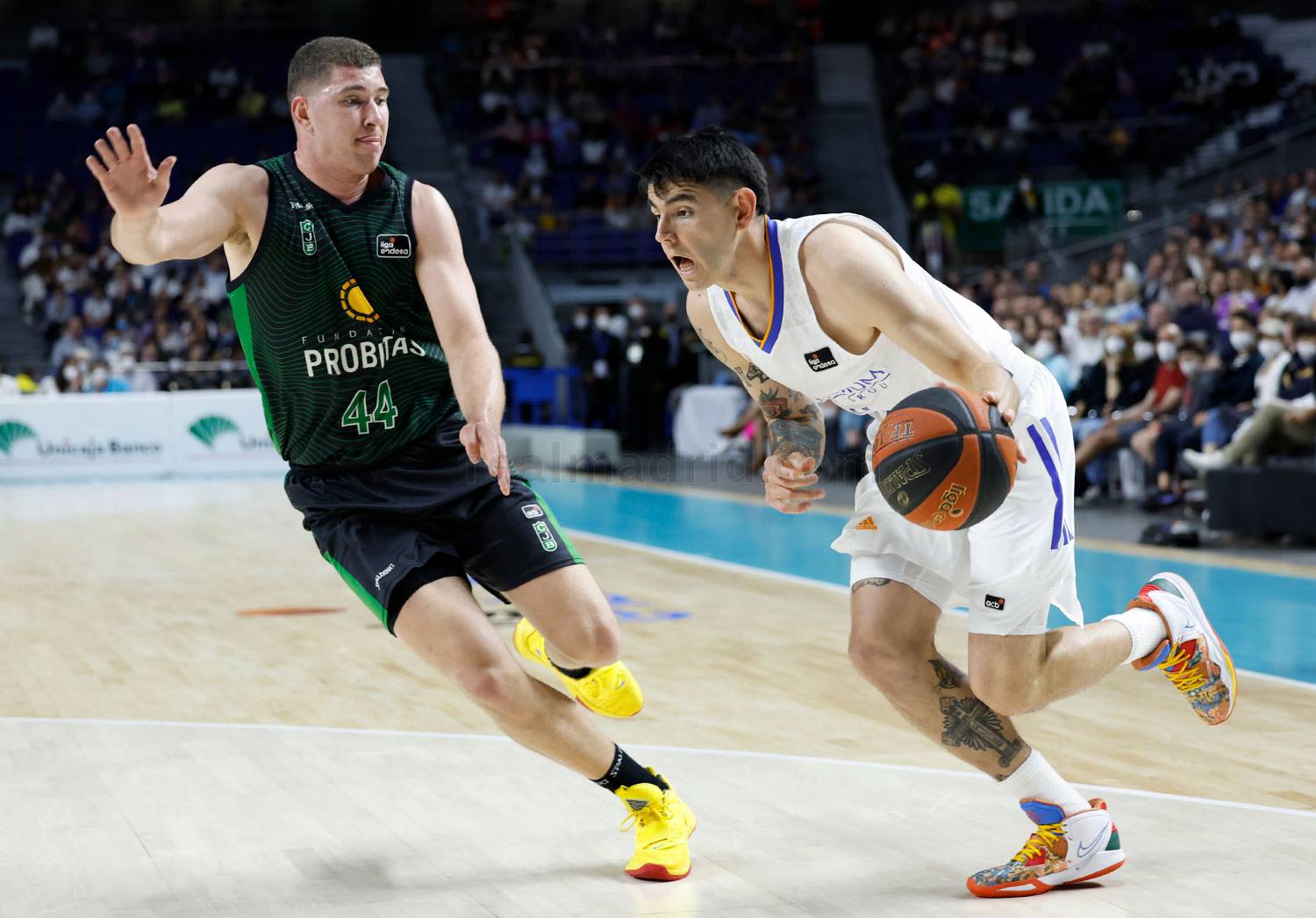 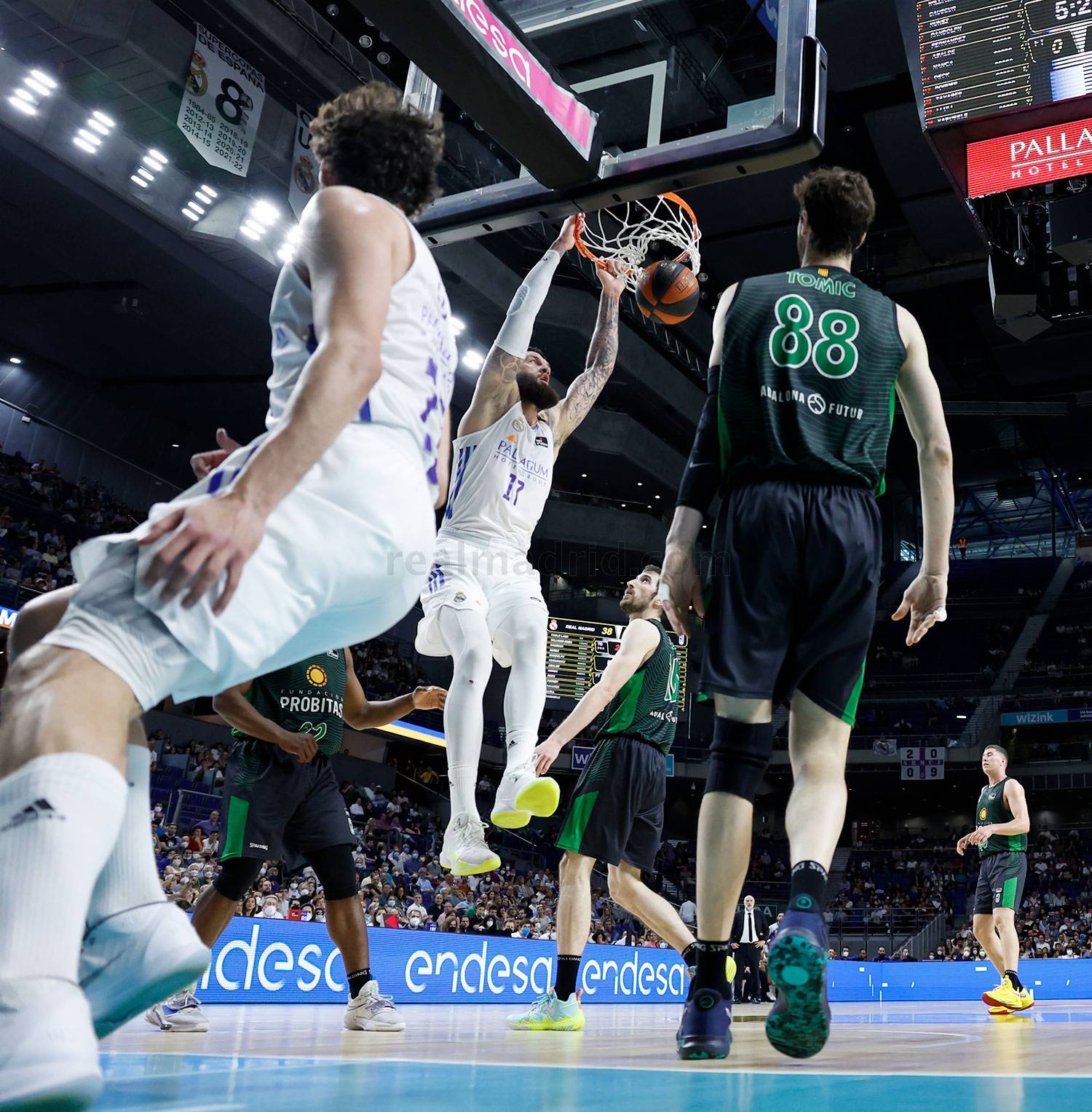 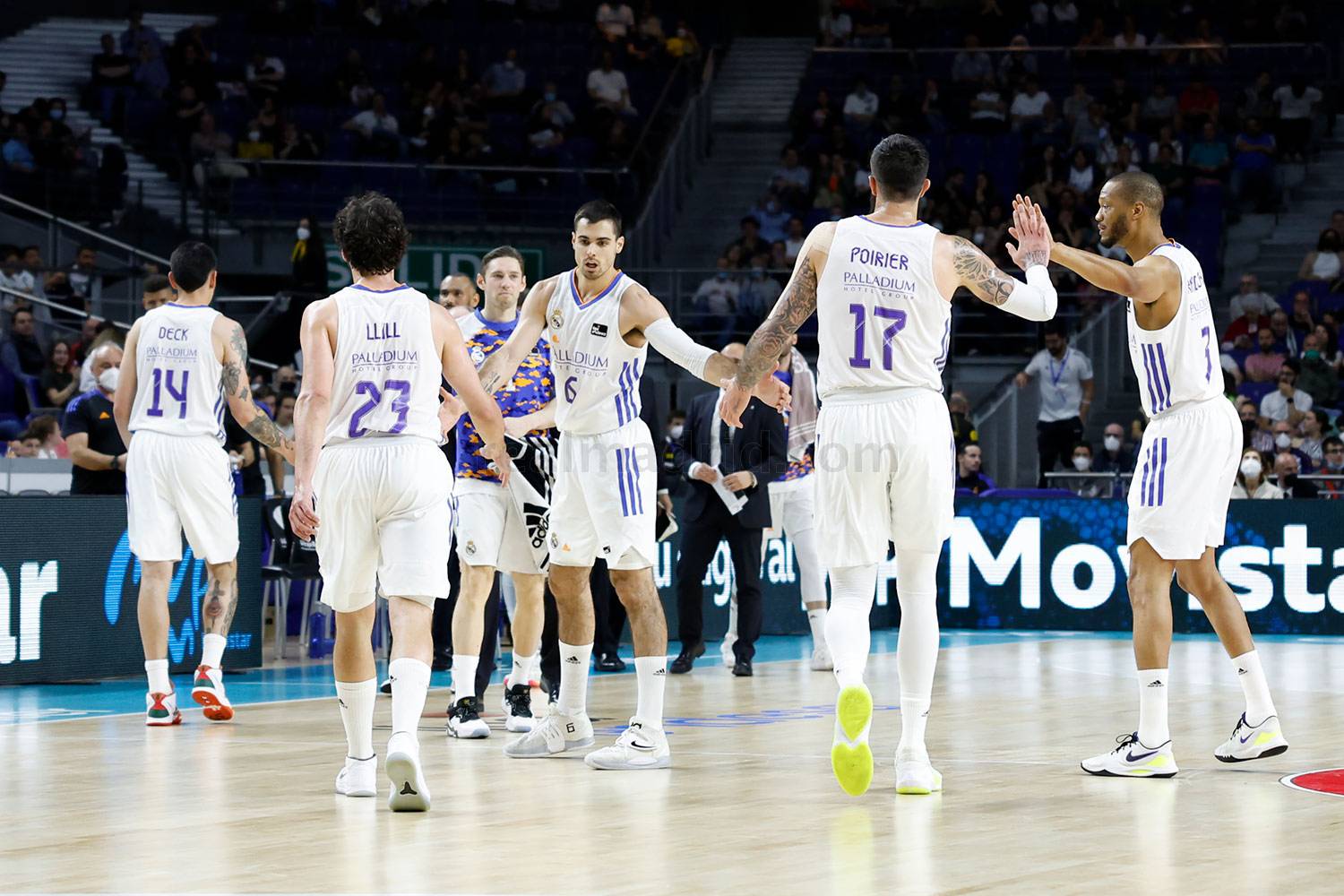 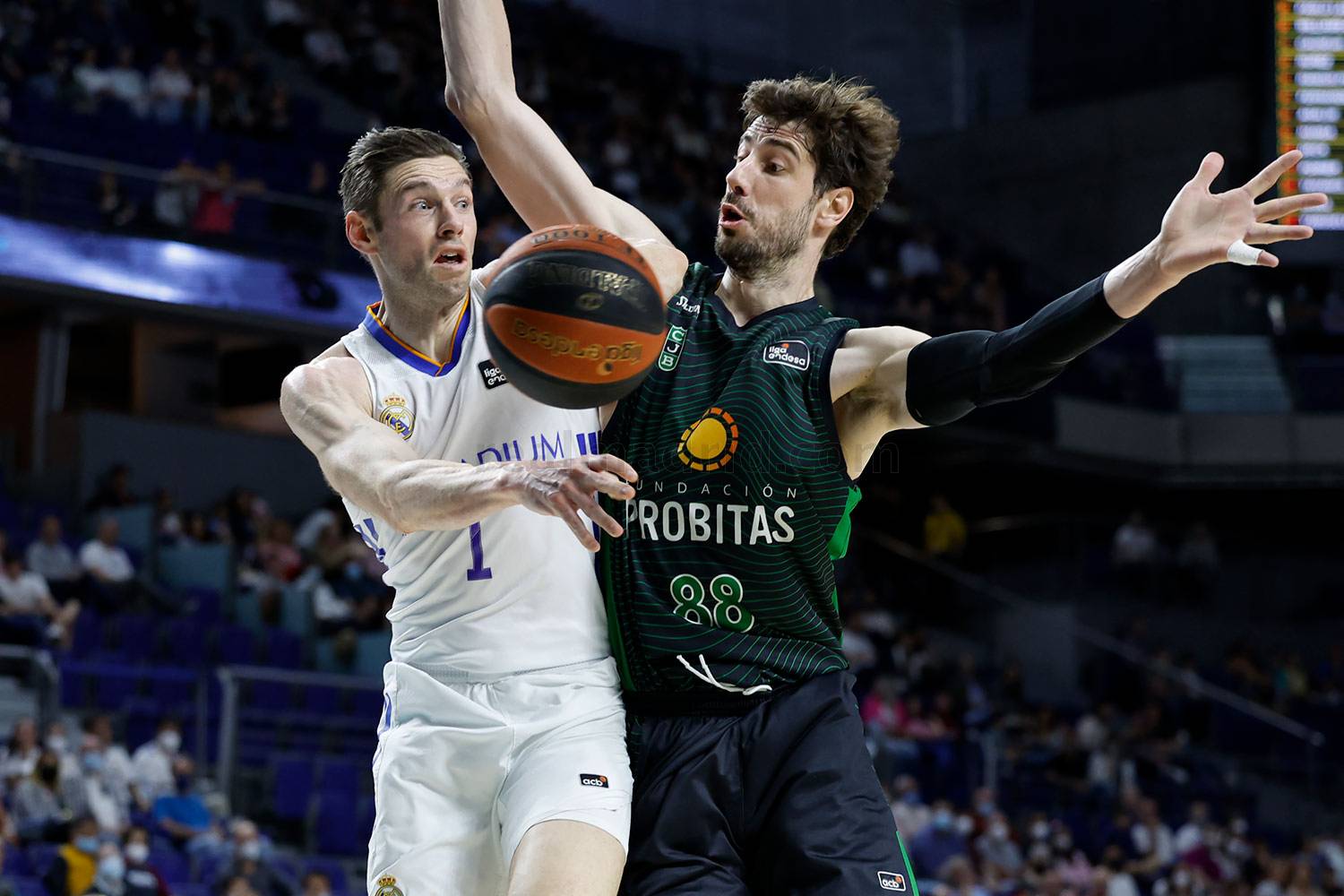 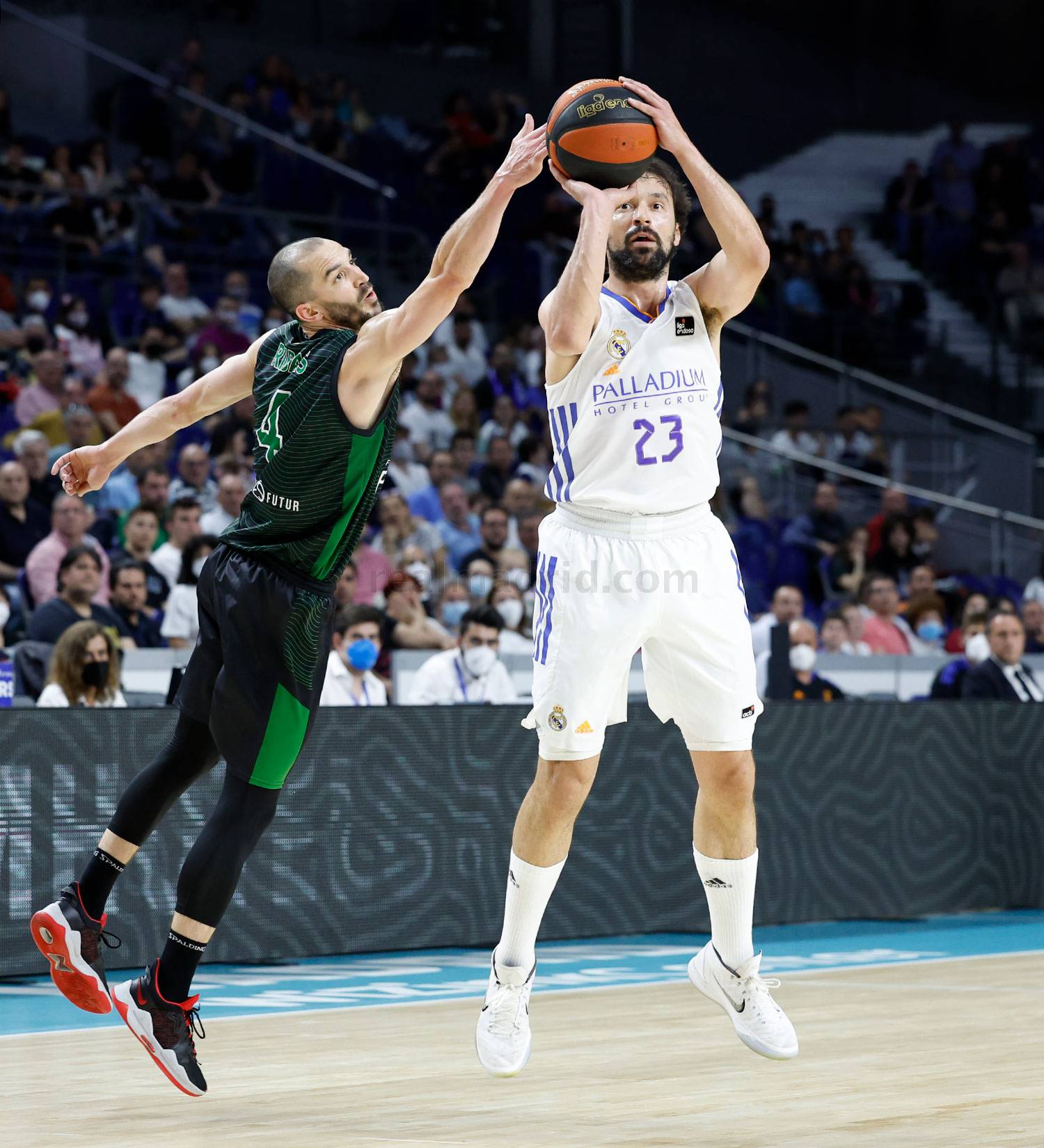