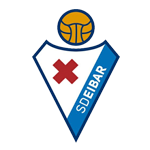 Toril's team clinch their six league win on the bounce, taking three points on the road thanks to a Marta Cardona strike and an own goal.

Real Madrid's impressive run of form continued with another three points on their visit to Éibar (0-2) on Primera Iberdrola matchday 22. Our team picked up a sixth league win in a row in a game that was decided in the second half thanks to Marta Cardona's effort and an own goal. The madridistas close out February with a 100% record ahead of the international break.

Toril's team wasted no time in stating their intentions as Møller had a double chance with the game barely underway. Soon after, the Danish forward enjoyed another chance to put her team ahead but her effort flew narrowly off target (18’). The hosts then responded, with Carmen coming close with a strike from inside the box. Our team's next attempt on goal came from the boots of Esther, whose long-range effort failed to test the goalkeeper. Just before the break, Éibar had two good chances to take the lead but ultimately the teams went in level at half-time.

Madridista goals
Madrid began to craft out clearer opportunities in the second half, first when Olga struck the crossbar, then with 59’ on the clock, when Teresa's free-kick crashed back off the post and hit the opposition goalkeeper before falling just the wrong side of the upright. The madridista pressure ultimately yielded rewards on 75', when Cardona's cross-shot from the right left Malena helpless. In the 89th minute, Toril's team made sure of the points when Vergés turned into her own net.