Leaders still unbeaten on the road 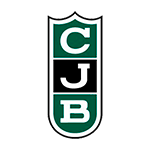 49 points in the last 16 minutes for Real Madrid as they came from behind to overcome Joventut and claim their ninth away win in the rescheduled round 15 match.

Nine games and nine wins. Real Madrid's record on the road in the league after beating Joventut in Badalona in the rescheduled orund 15 game. Laso's men bring to an end the week with another win away from the WiZink Center after last Tuesday's victory at Manresa and consolidate their position at the top of the table with 15 wins from 16 games, four more than the second-placed team and the only team unbeaten away from home. With a 10-point deficit in the third quarter wasn't enough to stop our team's comeback in tough match. An impressive +29 run in the last 16 minutes, scoring 49 points proved to be the team's answer. 20-point Heurtel (his Madrid career best), Yabusele (16), Llull and Taylor (11) were the standout performers for the team.

A very high offensive tempo with a good shooting percentages saw Madrid come out on top at the Olímpico de Badalona, moving the ball quickly with everyone registering their first points of the game. Seven players had scored at the turn of the halfway point of the first quarter. With Heurtel on the court, our team built up a lead of 8 points (11-19, min.7), which was reduced to 4 in the last minutes of the opening period thanks to Penya, who was supported by their veterans Pau Ribas and Tomic (20-24, min.10).

Timely reaction
A slump in the second quarter from our team saw all the good work in attack undone. Credit to the opposition who grew in defence and punished Madrid with their offensive rebounding and second balls. Feliz and Tomic led their side to a 20-5 run, turning the score around and putting them 11 up at 40-29 in the 18th minute. Laso's forced time-out saw the leaders react before the break. Two three-pointers in a row, one by Llull and the other by Williams-Goss, and a forceful Poirier on the paint, helped the team to a significant 2-9 run that calmed the home side's onslaught and cut the deficit to 4 points at the end of the first half (42-38).

Madrid were forced to continue swimming against the tide and never despaired as they found themselves 10 points down again at the start of the third quarter (51-41, min, 24). It was a tricky moment as the euphoria built along with the pressure from the Olímpico and a Joventut team on the up. The league leaders hit back with real authority as they applied much more intensity in defence, levelled the rebounding and stopped the counter-attacking that had done so much damage. The mentality switched and Llull provided the calmness that the team needed in the game to record the finest minutes of the match. The captain's six points in a row, along with Taylor, Hanga and a more active Yabusele in the second half, sparked a 10-0 run in their favour with the score increasing for the rest of the quarter to 24-7 between 24' and 30'. The French power forward sealed a big third quarter with a three-pointer on the buzzer that saw the score at +7 for our team (58-65).

Big performance
Real Madrid picked up the pace and weren't going to take their foot off the gas. They exerted an impressive physical pressure that wore their opponents down for good. Taylor, Yabusele and Heurtel settled the game with excellent three-pointers. The point guard delivered a masterclass in the final quarter, scoring 20 points in his best offensive output for our team so far. The team scored 49 points in the last 16 minutes which enabled them to maintain their undefeated record on the road and end the first round on top. Causeur equalled Hervelle moving to sixth highest foreigner to have played the most games for Real Madrid (310). The next game is on Friday against Bitci Baskonia in Euroleague (8:45pm CET) after the postponement of Tuesday's game against Estrella Rojo.