A win and a place in the cup confirmed 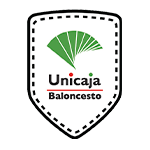 Real Madrid secured their place in the next edition of the Copa del Rey thanks to a 79-74 win over Unicaja. The Endesa league leaders scored 31 points in the third quarter, led by Llull, who was unstoppable from the three-point line (66% success rate). The point guard was the standout player with 13 points and 16 PIR. Having had no rest after a demanding game in Barcelona, Real Madrid stepped onto the court at the WiZink Center against the scoring tempo of Unicaja. Eight points from Causeur and Goss led the way on offence to take the initiative in the early stages of the game. But the outside shooting success of Jaime Fernández, Barreiro and Cole saw the side from Malaga take the first 10 minutes with a 16-19 lead.

Laso's men hit back in a second quarter that was defined by low scoring from both teams. Turnovers and an improvement in defensive performance meant that it was 7-7 up to the 16th minute. Two straight three-pointers from Rudy reduced the gap to two points before Unicaja finally took the lead at half-time (31-37) thanks to Eric, Bouteille and Brizuela.

The home side stepped up their game with their three-point shooting (one from Llull and another from Randolph) to regain the lead in the 23rd minute (42-39). The visitors once again responded from the outside with Jaime Fernández, but Llull was again on fire from the 6.75 line (2 three-pointers in a row) and Tavares was dominant. Madrid completed a strong third quarter (62-53) thanks to Rudy, Hanga and Heurtel, scoring 31 points.

Madrid seal victory
The league leaders refused to give up and, courtesy of two three-pointers from Hanga (15 PIR) and one from Rudy, along with Poirier's seven-point contribution under the basket, they took a 14-point lead on the scoreboard. Despite the visitors' fightback, Madrid kept their opponents at bay and claimed a hard-fought victory, their twelfth in domestic competition, remaining top of the table and sealing their place in the Copa del Rey 2022. 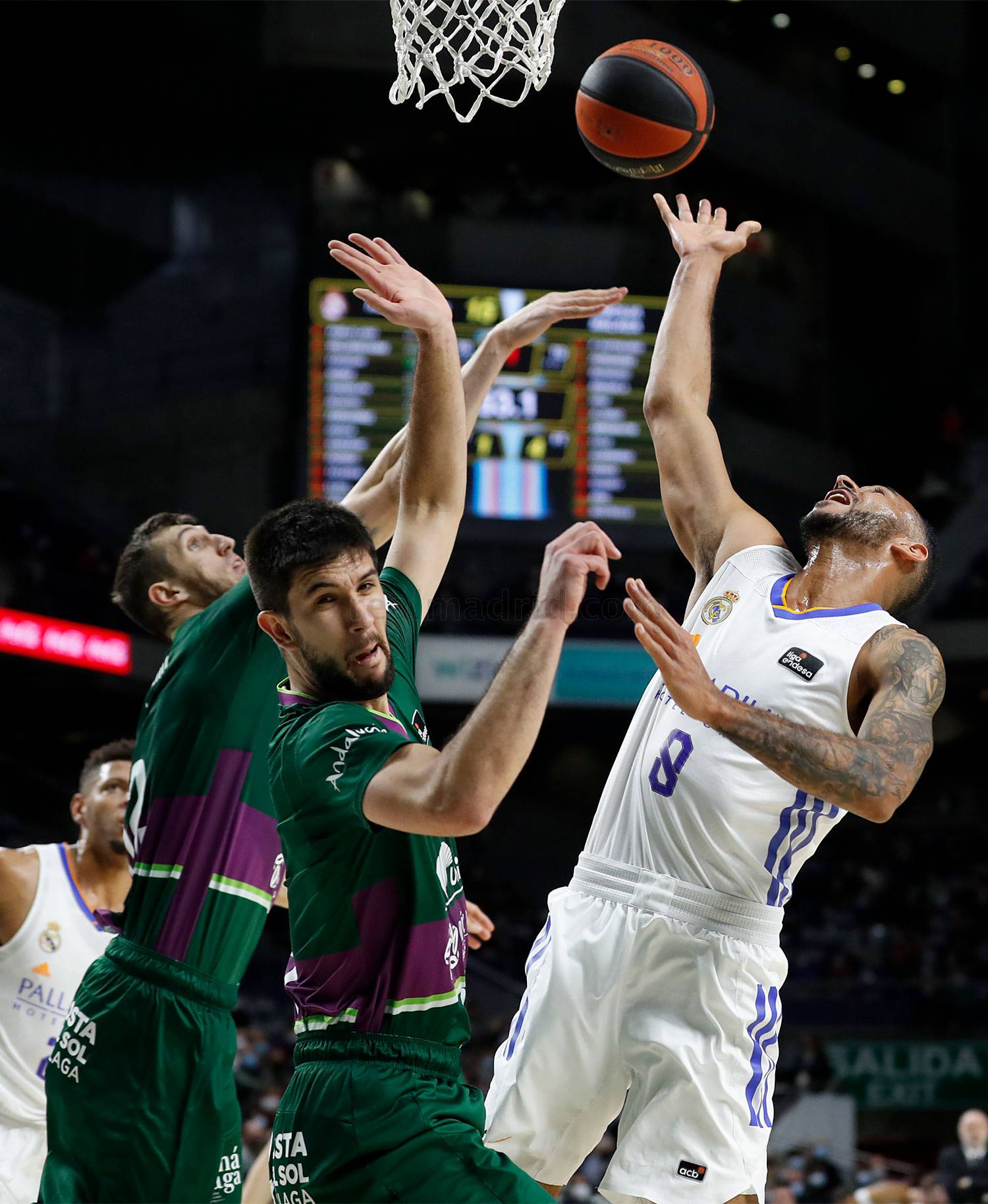 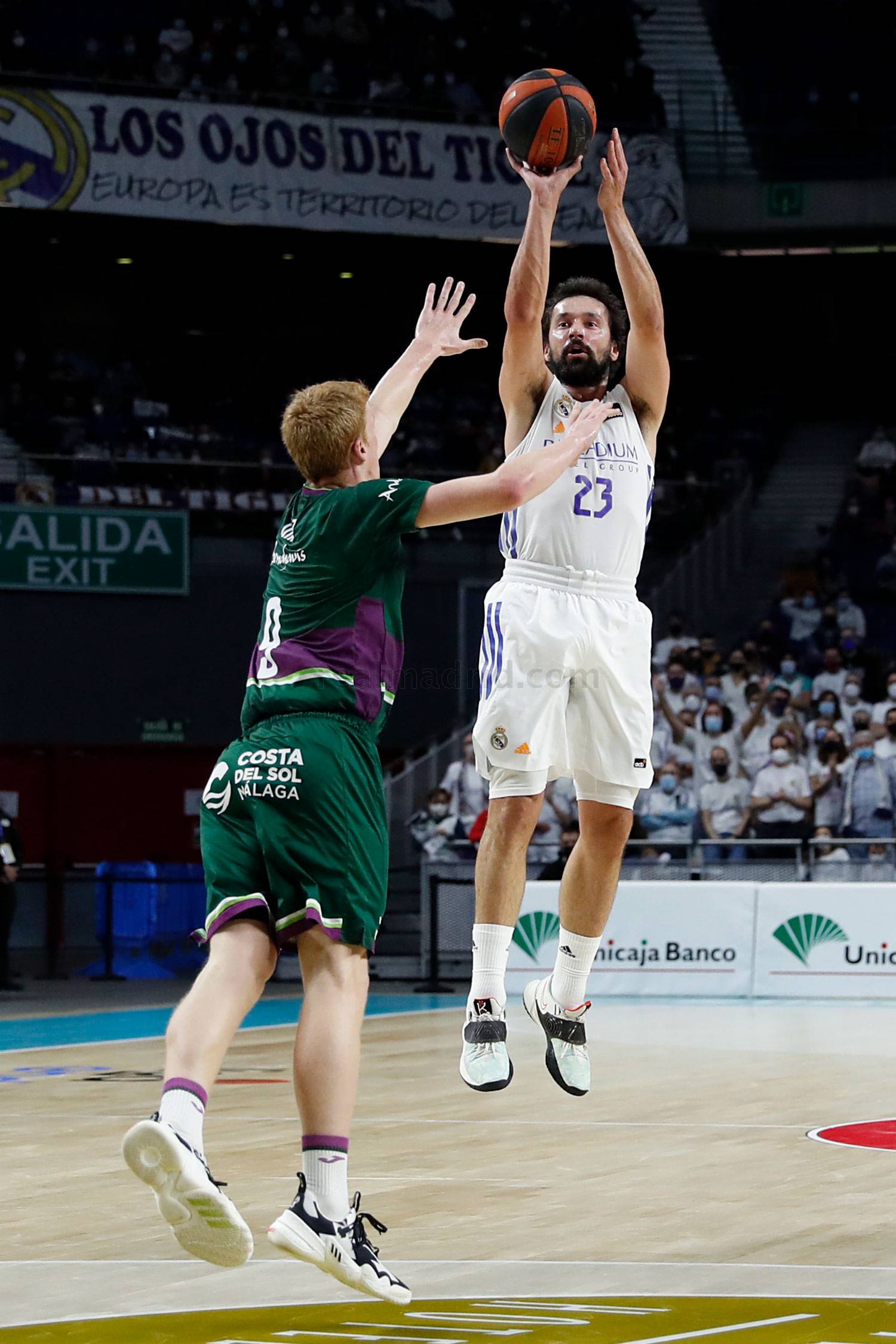 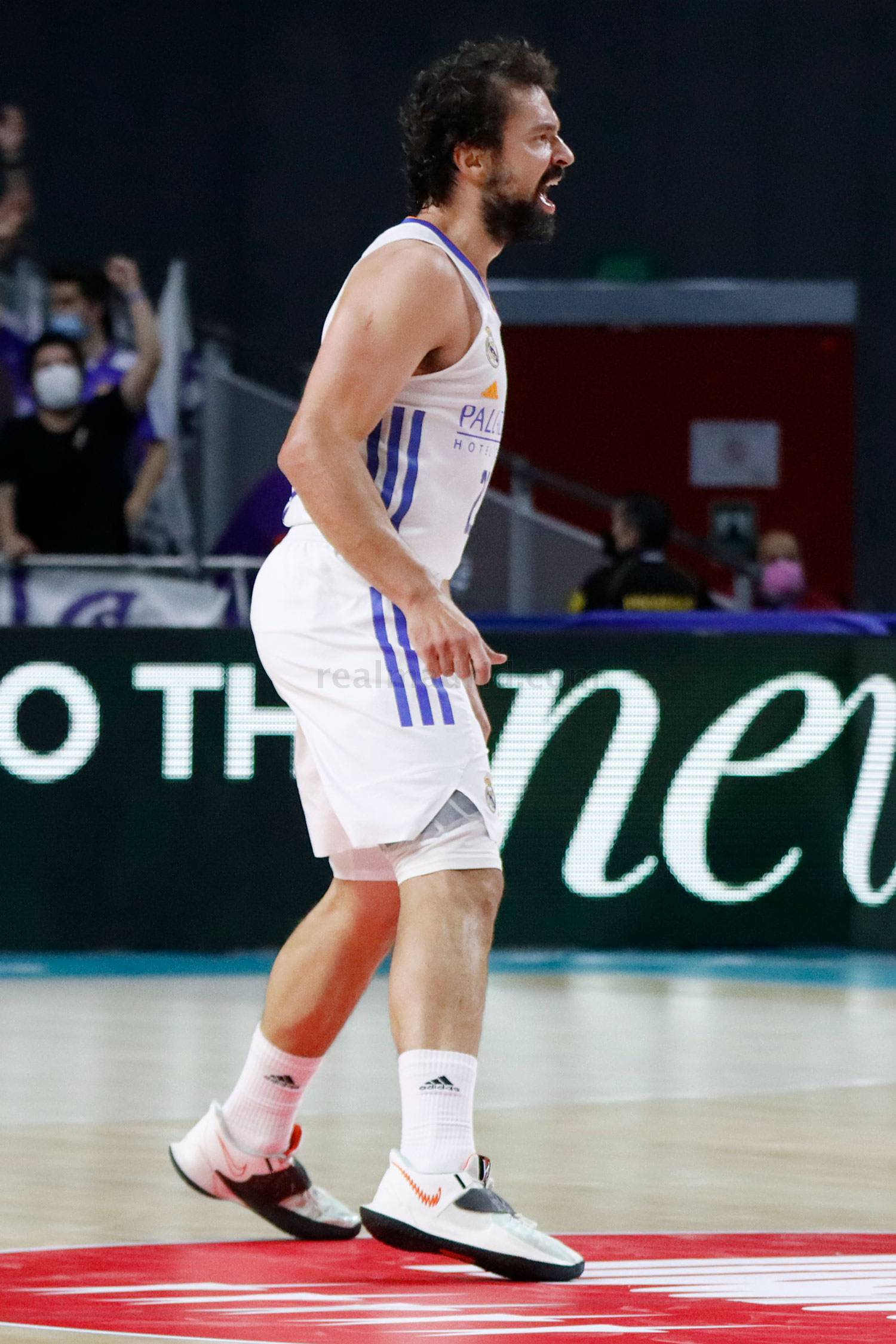 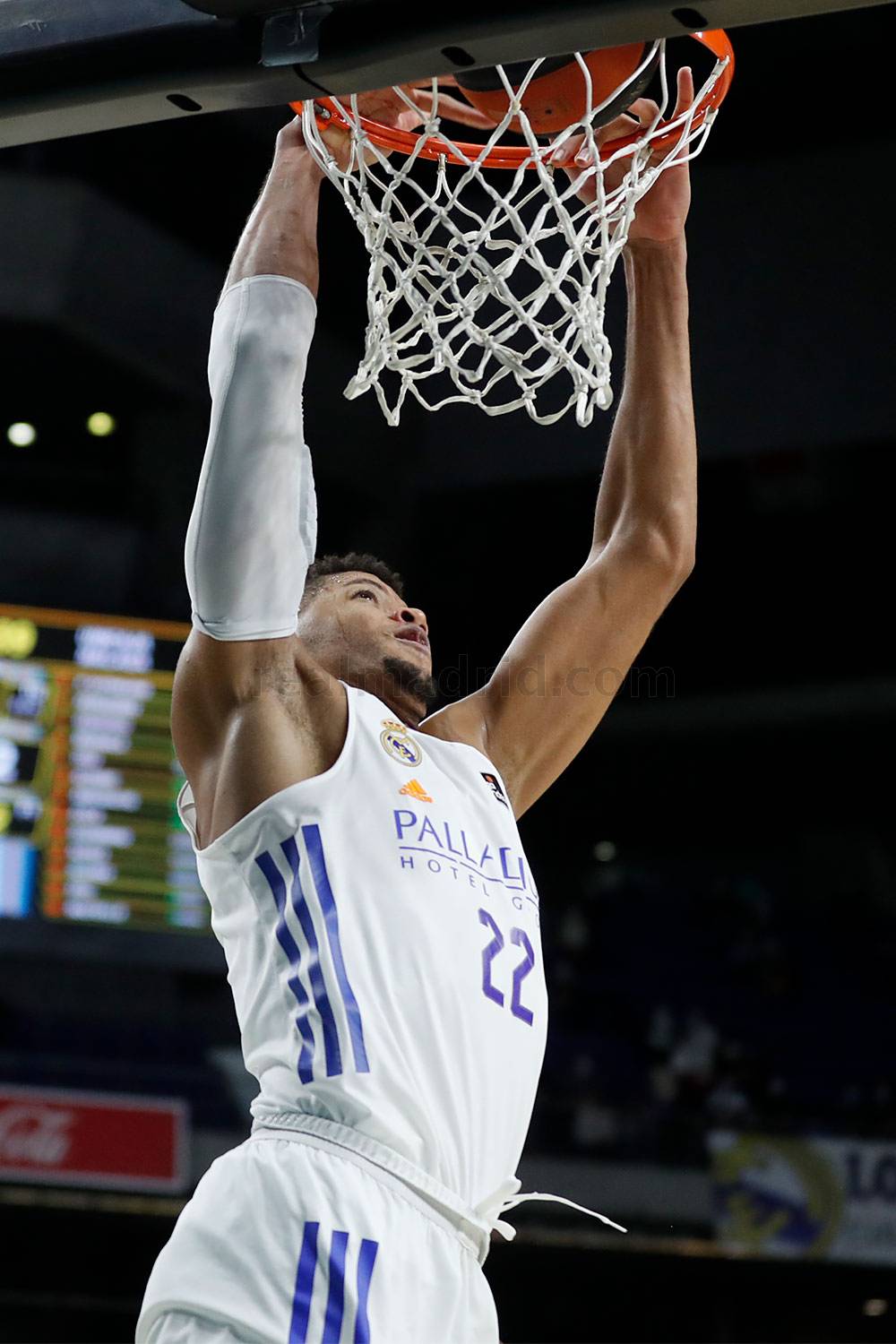 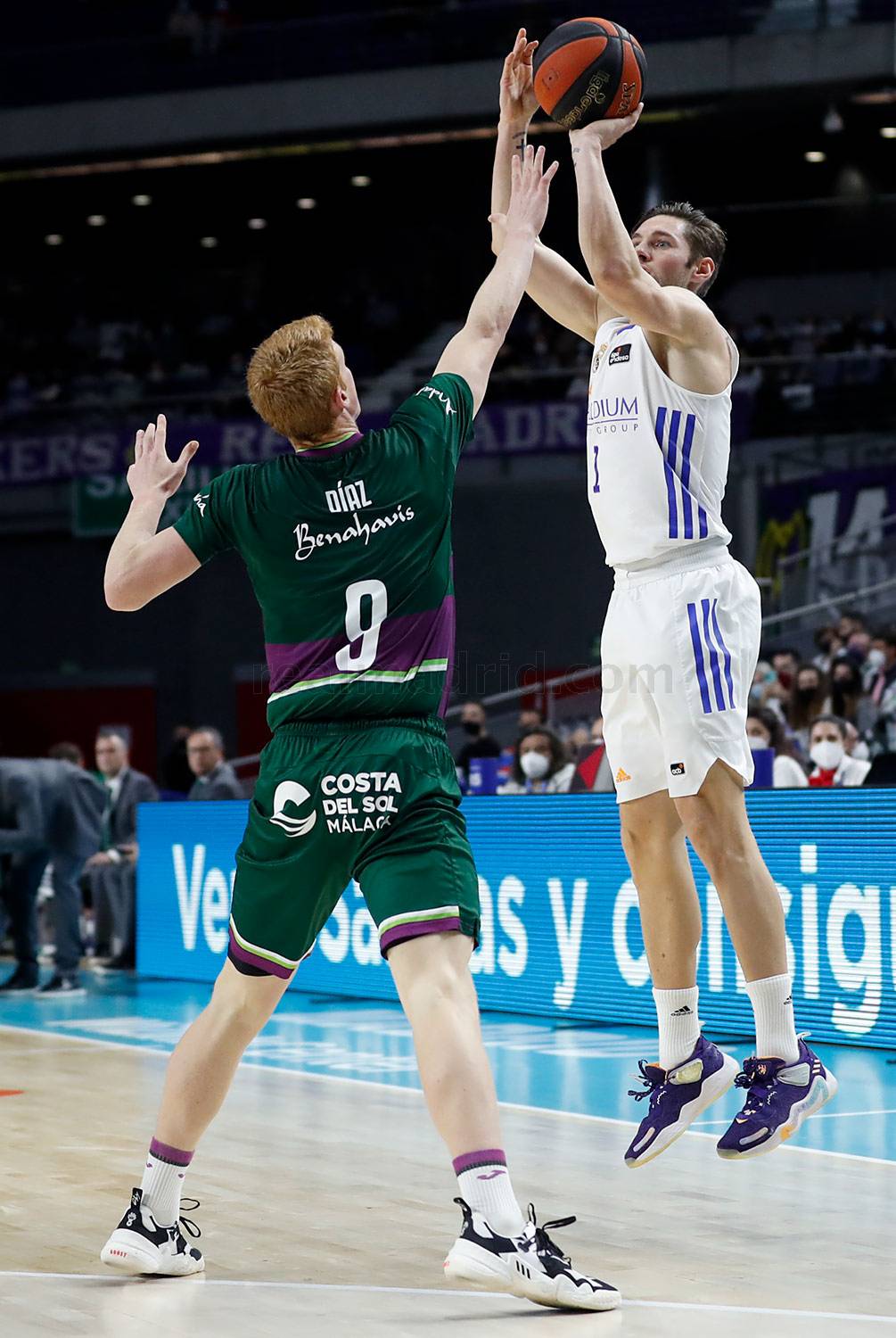 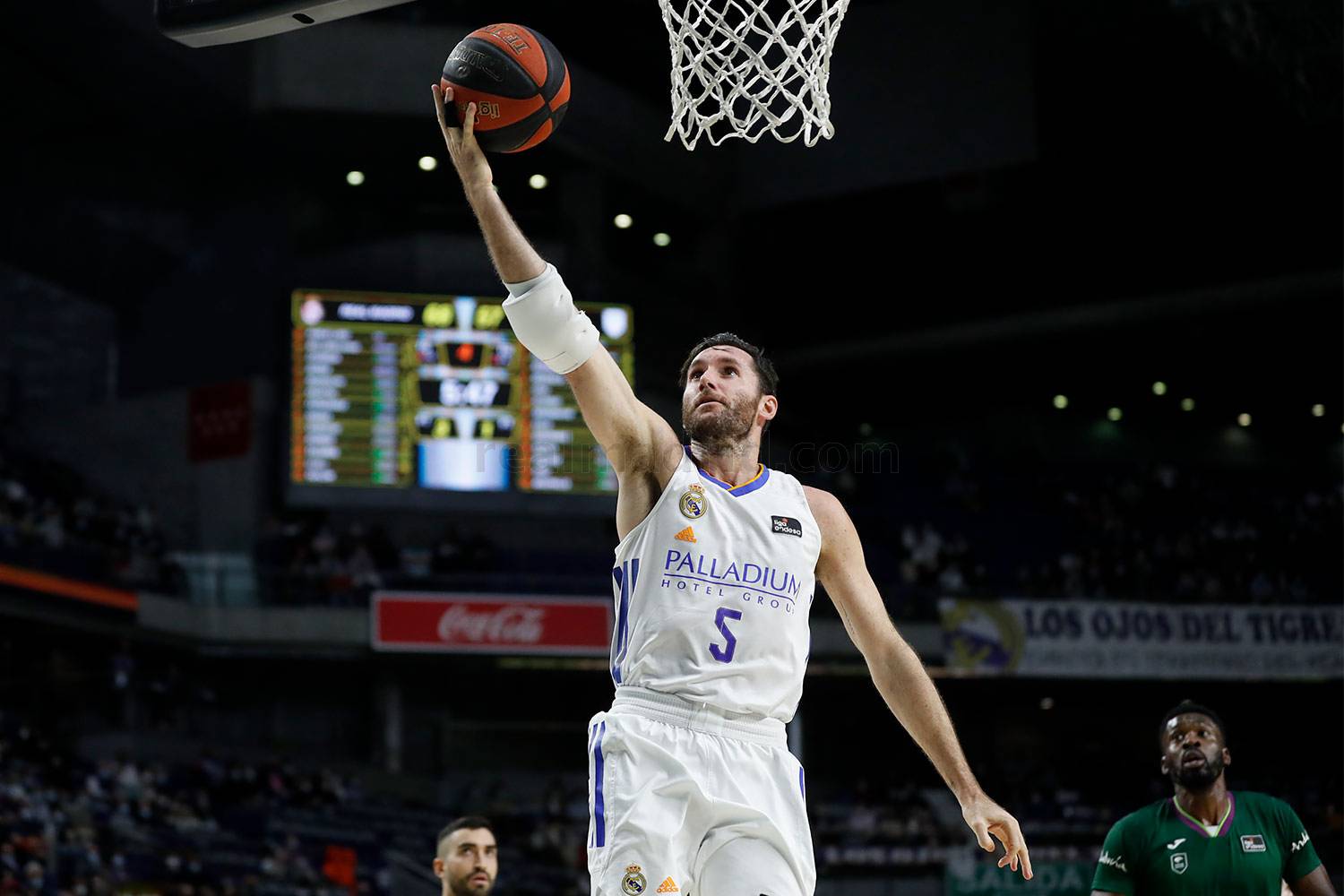 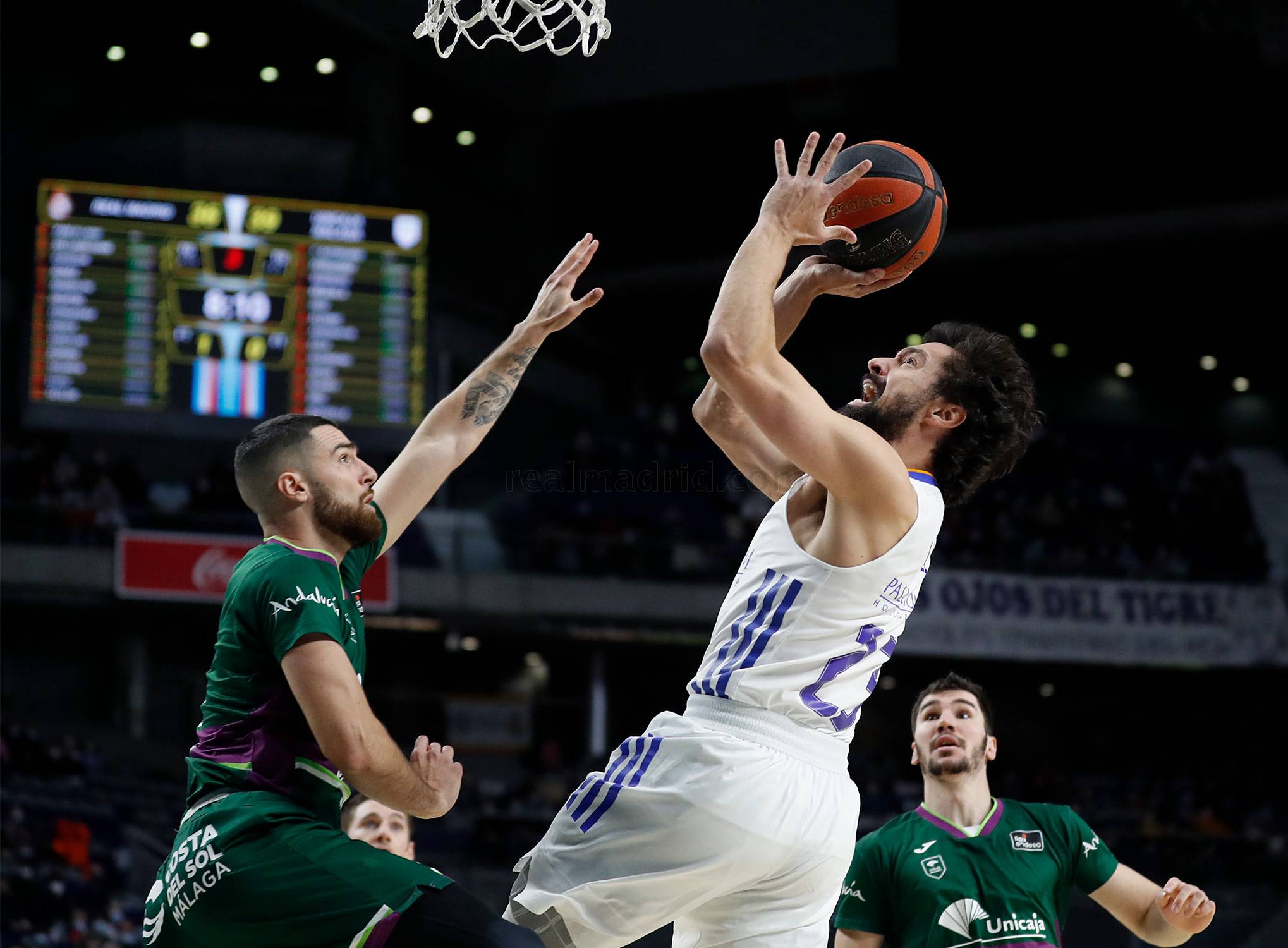 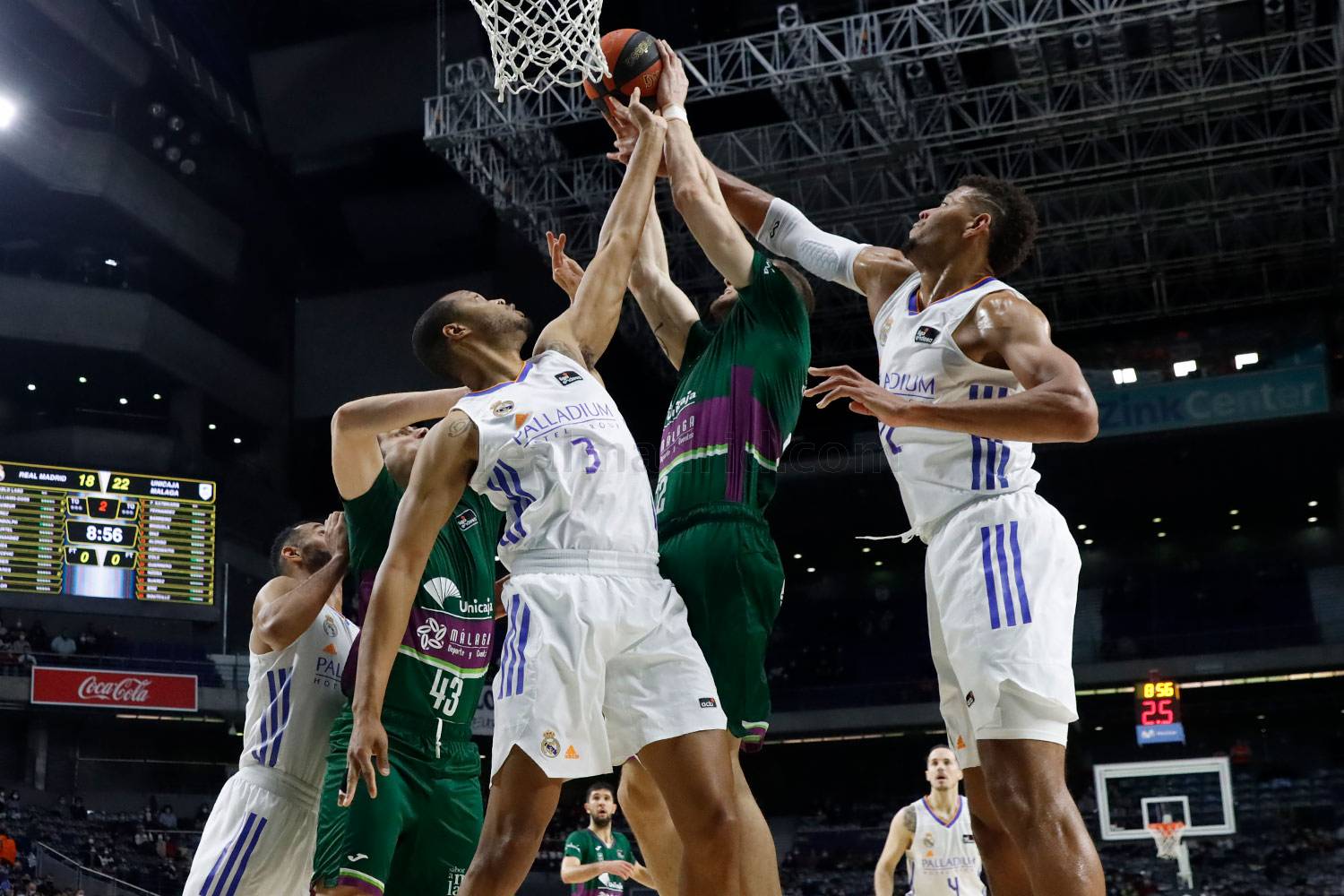 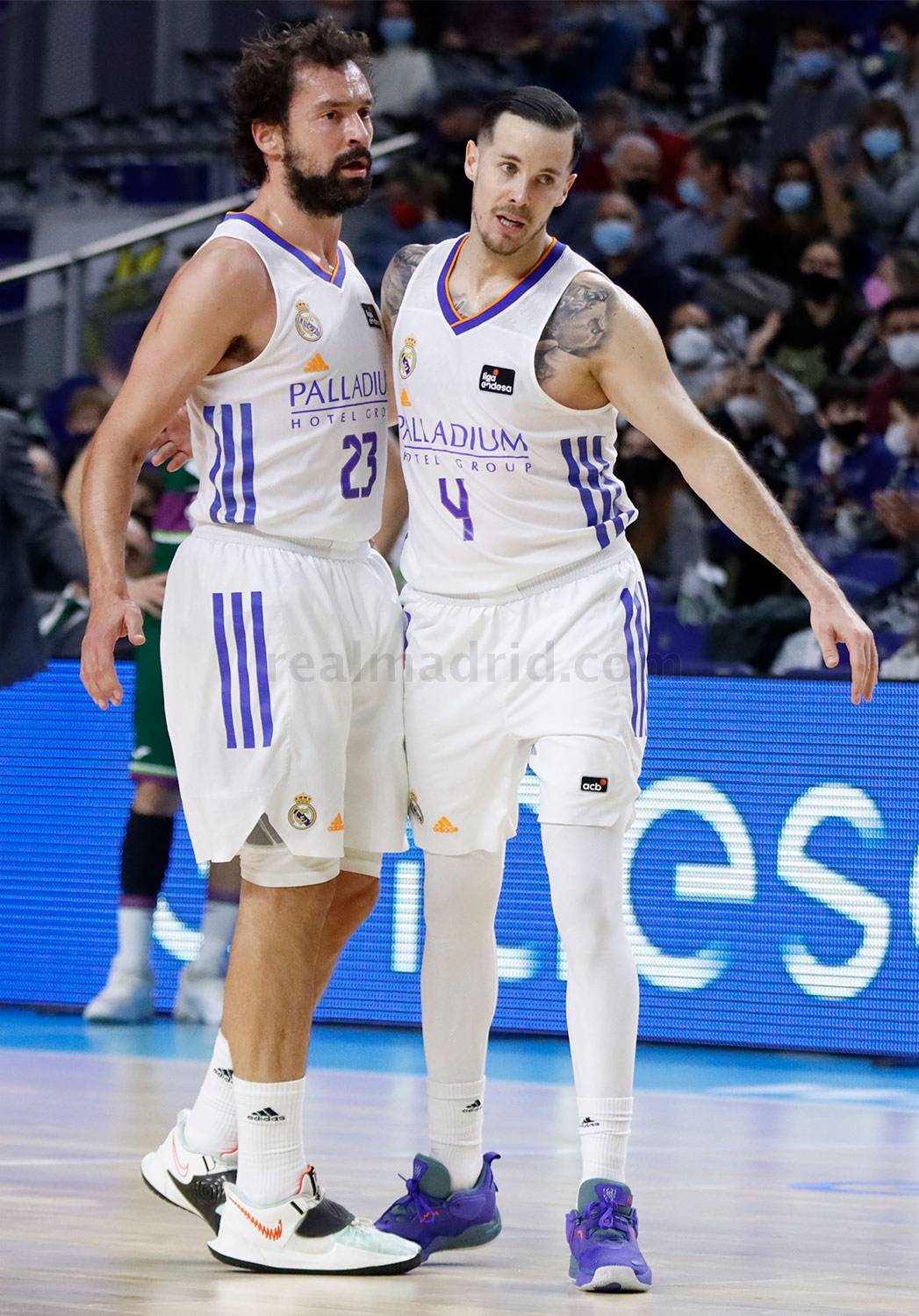 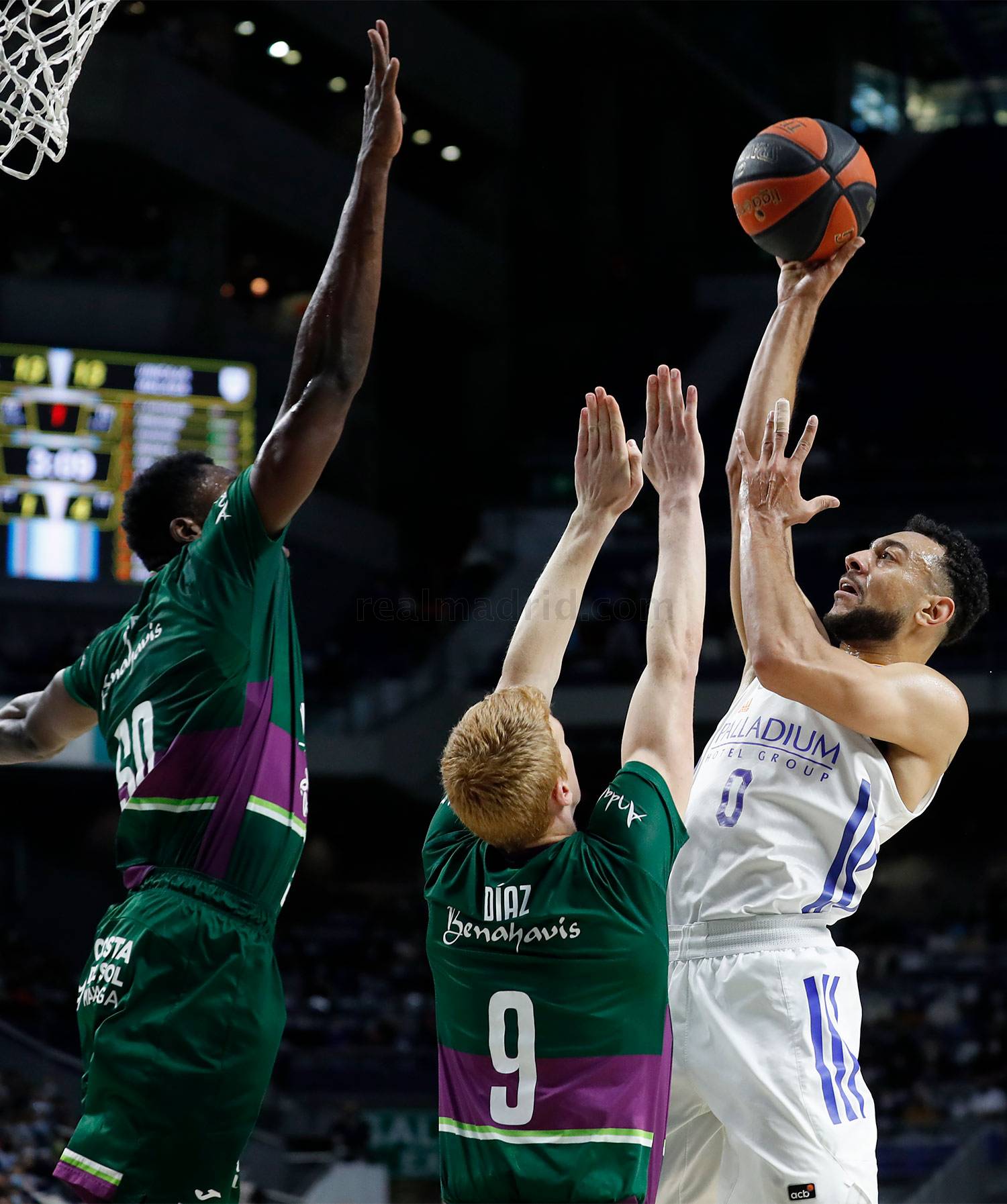 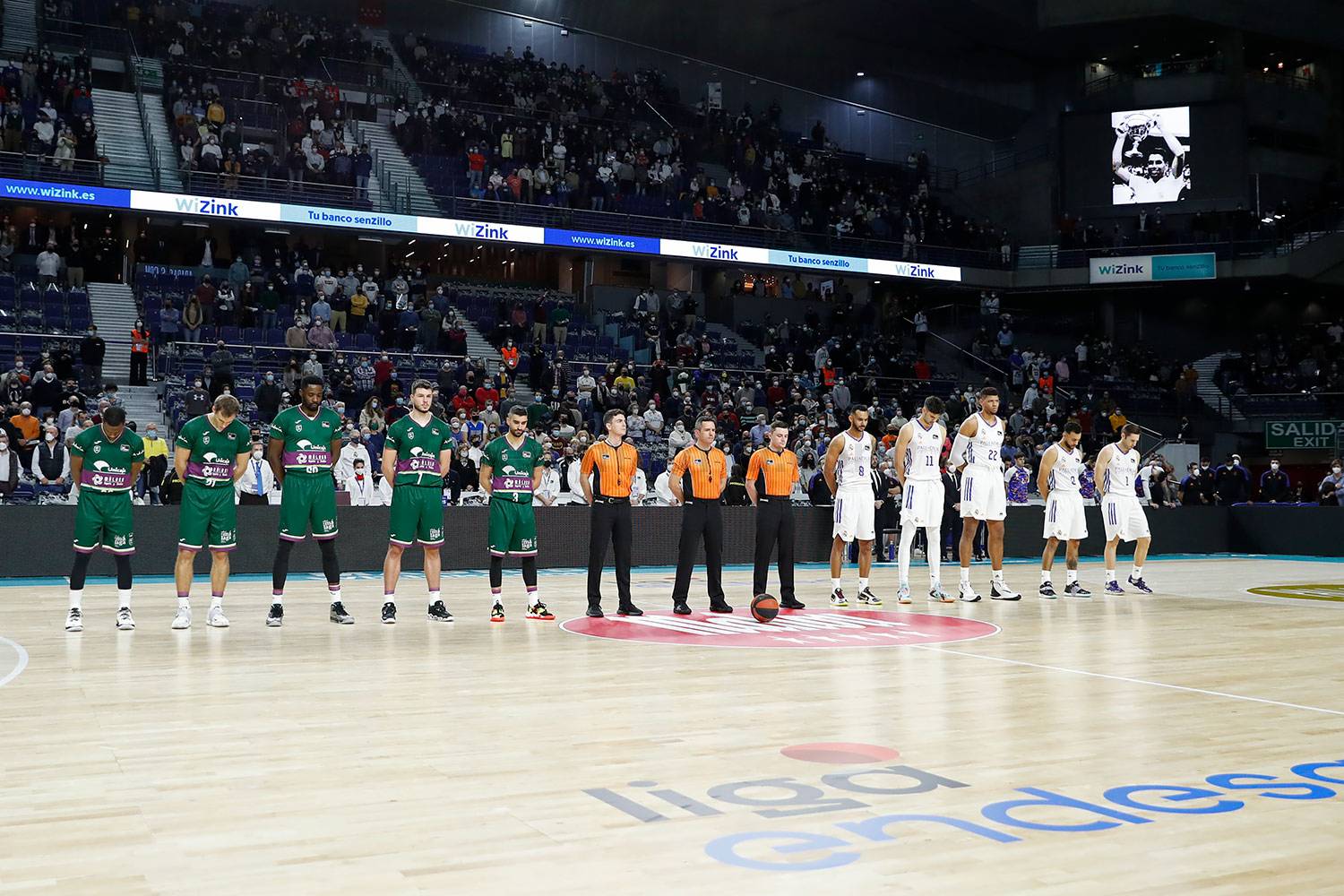 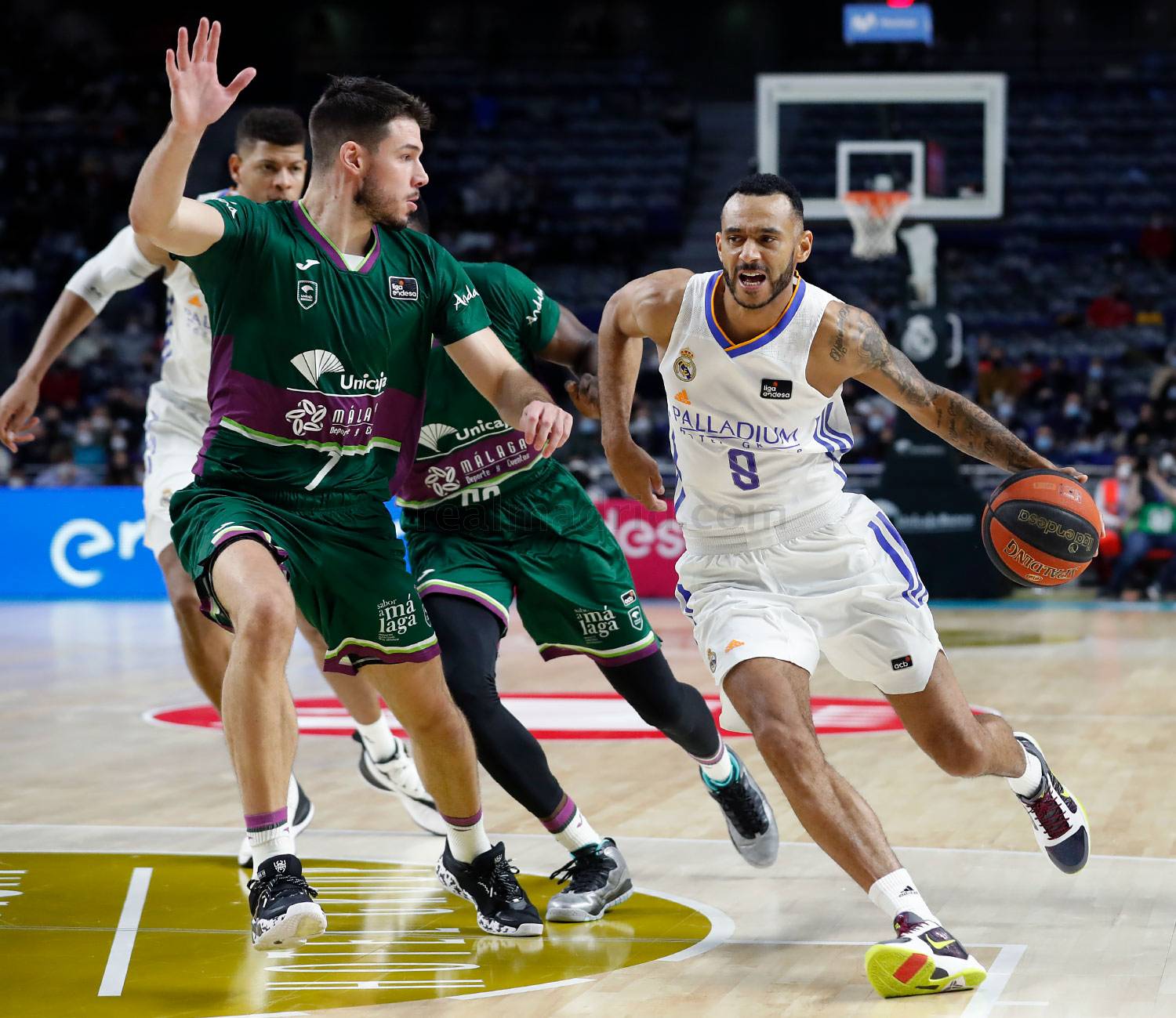 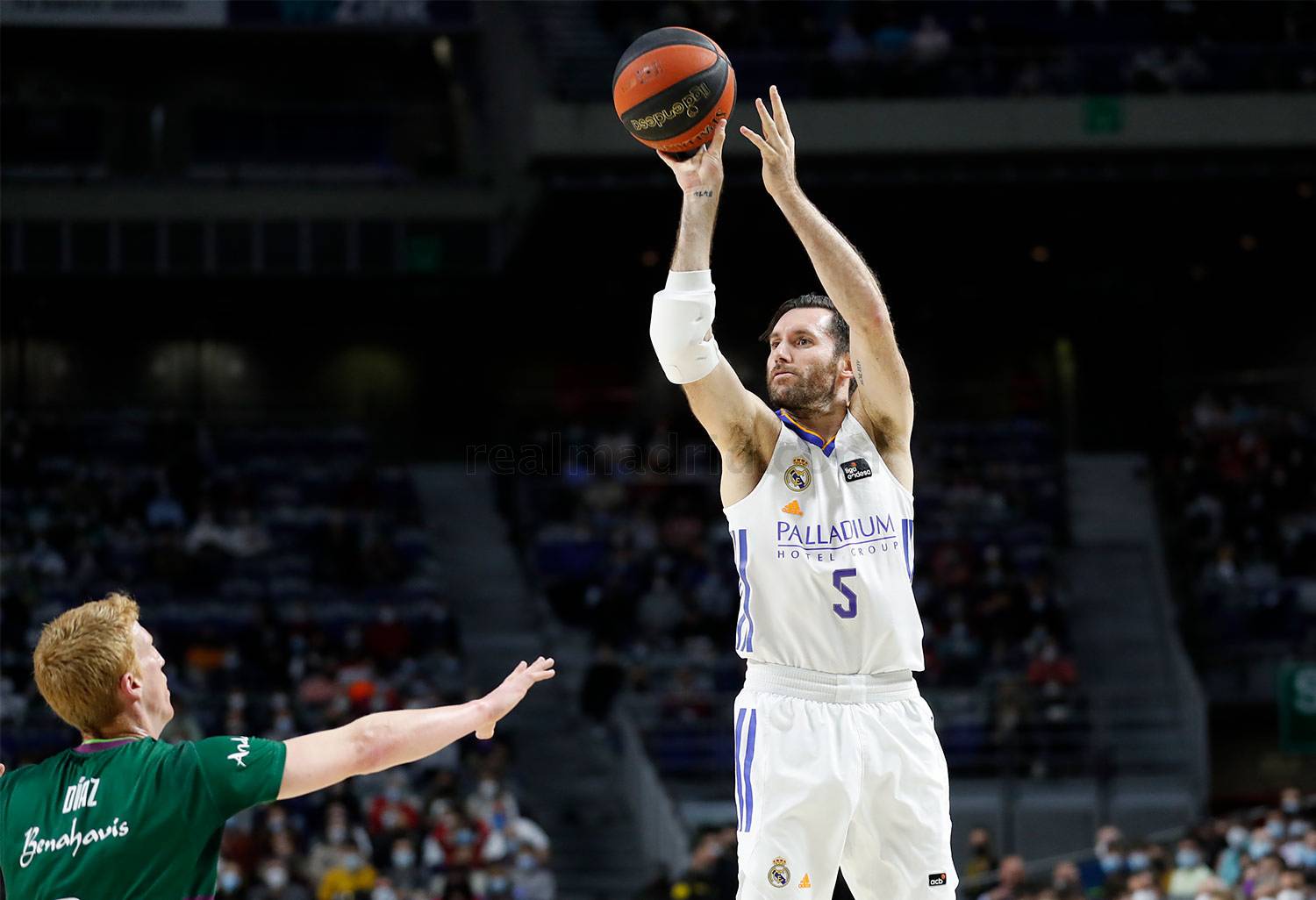 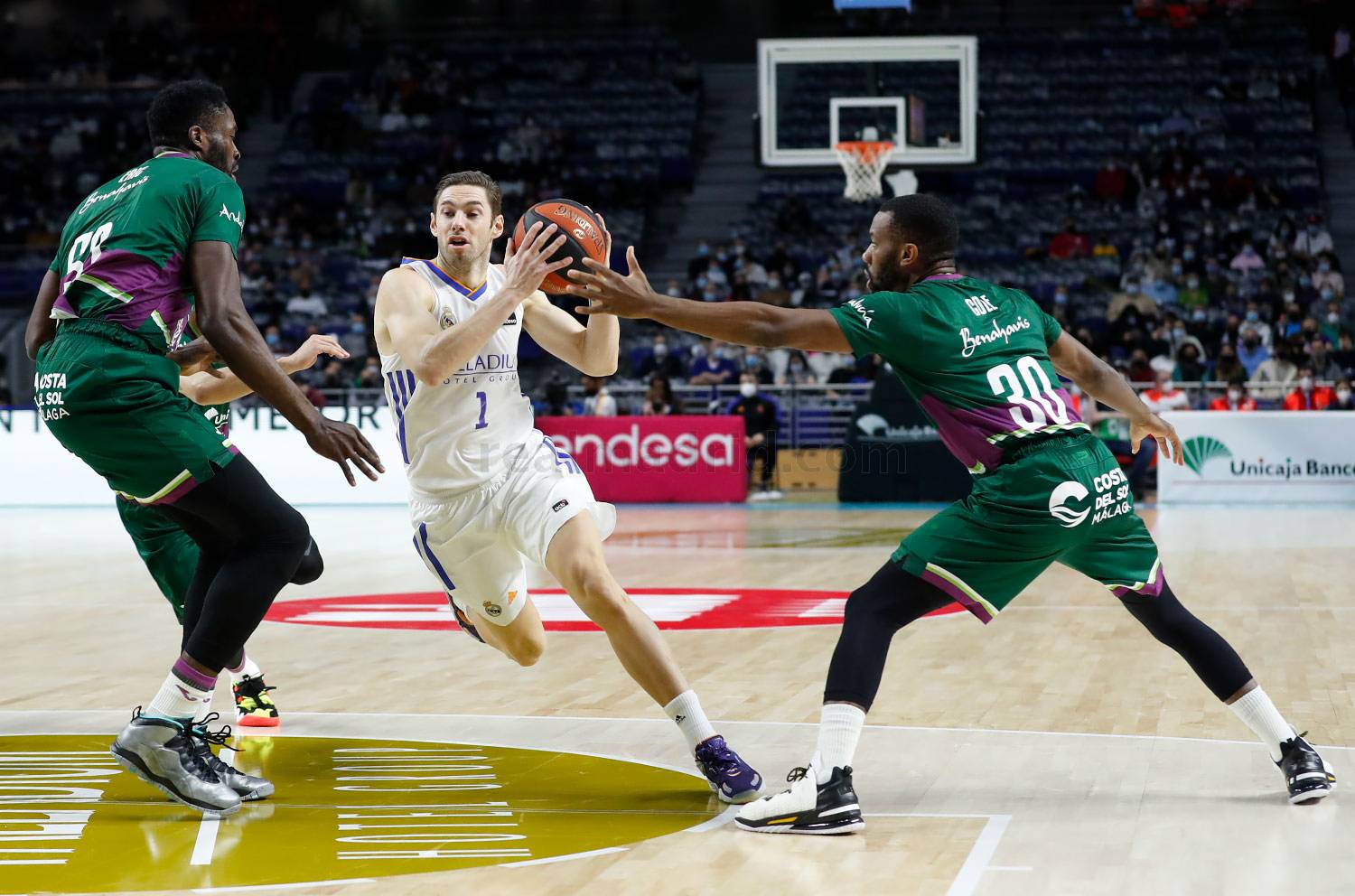 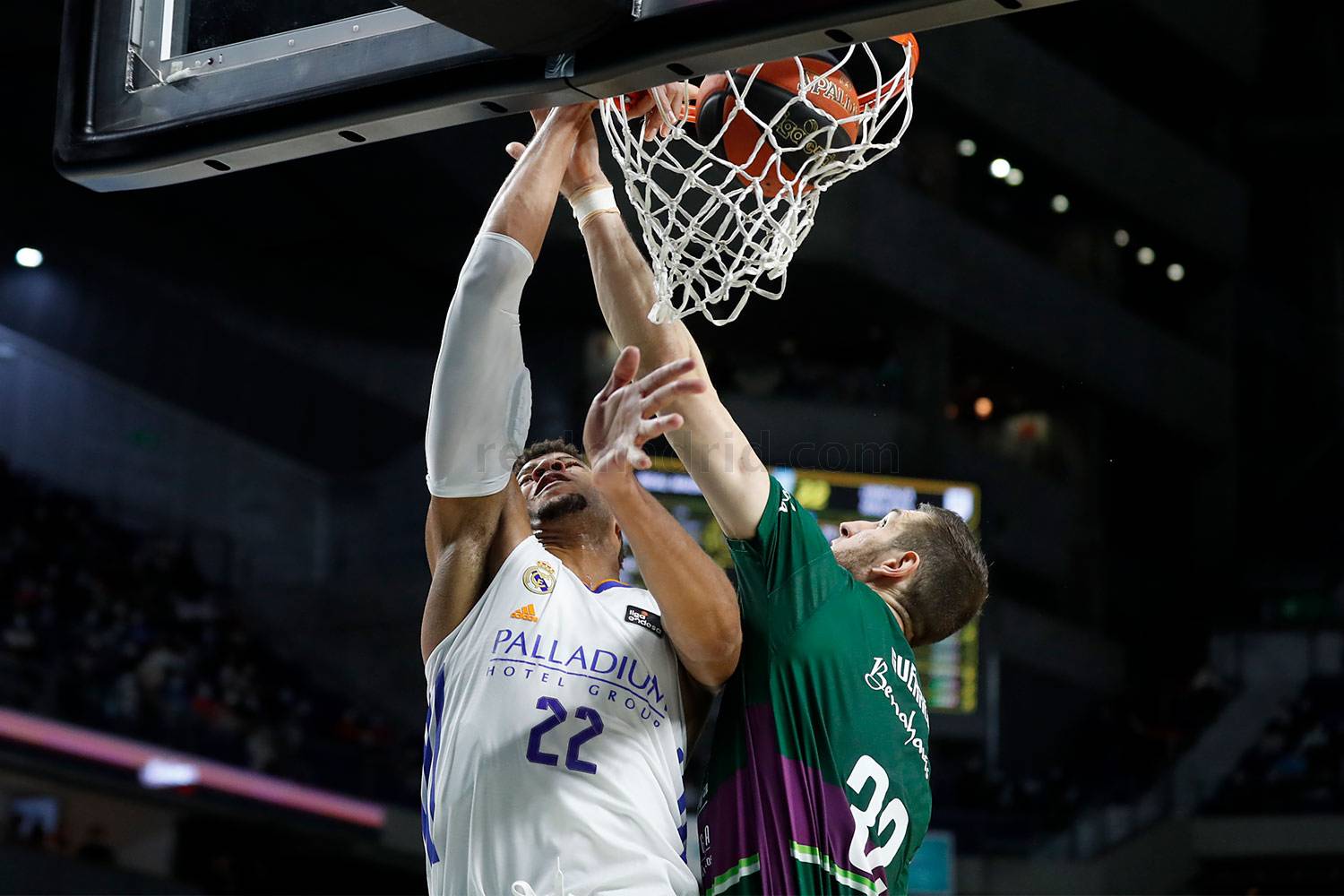