The full-back arrived at the club in 2002 and is about to start his ninth season with the first team.
Dani Carvajal will continue at the club which has watched him grow. The player was responsible for placing the first stone at Real Madrid City alongside Alfredo Di Stéfano, having joined the academy at 10 years old to play for the Under-10s. He rose through all of the youth ranks before enjoying two fantastic campaigns with Castilla to earn the academy side promotion to the Segunda División.

Following a year at Bayer Leverkusen, he came home to carve out a place in the first team, where he is about to begin his ninth season. He made his full Real Madrid debut on 18 August 2013 against Betis at the Santiago Bernabéu and has gone on to be involved in one of the most successful eras in the club's history. 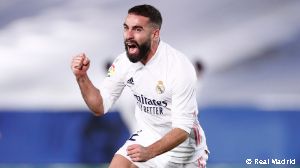 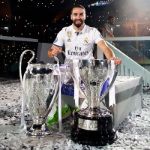