The US point guard averaged 17 points and 5.2 assists with  Lokomotiv Kuban in the EuroCup.
Nigel Williams-Goss (16-09-1994, Happy Valley, Oregon, United States) has joined Real Madrid for the next two seasons. The US playmarker checks in from Lokomotiv Kuban, where he averaged 17 points (50% three-point shooting), 5.2 assists and 2.3 steals in last season's EuroCup. Aged 26, Williams-Goss boasts previous experience in European basketball, having represented Partizan NIS Belgrade and Olympiacos, before joining up with the Utah Jazz in the NBA.

Williams-Goss is a strong all-round point guard, scorer and playmarker. He is a threat in offense with his shot from the three-point line and his ability to drive for the basket and his impressive physique. He chalked up six appearances for Lokomotiv Kuban in the EuroCup and registered a PIR of 19. He upped his game in the quarter-finals, posting 21.7 points and a PIR of 24.7 against Unics Kazan. Meanwhile, in the Russian league, he averaged 17.9 points and 6.7 assists per game.

Standout performer
After learning his trade at the universities of Washington and Gonzaga, Williams-Goss tasted glory at the U-19 World Cup with the USA in 2013. He subsequently signed for Partizan NIS Belgrade, where he secured the Serbian Cup and average 17 points in the team's 2017/18 EuroCup campaign. He then made the move to one of Europe's heavyweights in the shape of Olympiacos, where he average almost 10 points per game in the EuroLeague. He was selected by the Utah Jazz in 2017 and last season returned stateside to represent the franchise and switched between the club's affiliated team, the Salt Lake City Stars, for whom he chalked up an average of 15.3 points. 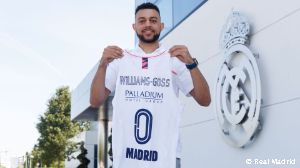