Into the Champions League semi-finals 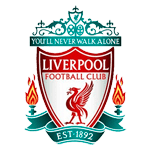 Real Madrid make the most of their 3-1 win in the first leg at Anfield and will now face Chelsea for a place in the final in Istanbul.

Real Madrid drew with Liverpool at Anfield to seal their place in the Champions League semi-finals. The team put in a solid defensive display and even had a fine chance to score in the first half when Benzema's cross was turned onto the post by Kabak. Zidane's side extend their unbeaten run to 14 games, relying on their 3-1 win in the first leg to make it through the round and will now play Chelsea for a place in the final in Istanbul on the 29th of May.

The first half finished goalless, despite chances at both ends. Liverpool were the first to come close, with just two minutes gone, but Courtois got the better of Salah in a one-on-one. Nine minutes later, the goalkeeper made another tremendous stop, this time getting across to keep out Milner's curling effort from the edge of the box. Real Madrid had a great chance of their own with 20 minutes gone when Benzema stole the ball from Phillips, broke into the box and turned Kabak inside-out, but his cross hit the hosts' defender and bounced back off the post. The final chance of the half fell to Wijnaldum, but his shot from inside the area flew over the bar with 42 minutes on the clock.


Video.0-0: Into the Champions League semi-finals

Liverpool began the second half on the front foot with Firmino forcing the inspired Courtois into an early save after a shot on the turn. On 66’, the Whites almost put the tie to bed when a clearance by Valverde played Vinicius Jr. through on goal, but the Brazilian was superbly denied by the onrushing Alisson. As the minutes ticked away, Real Madrid defended their first-leg lead with great authority. The visitors almost found the net on 81’, when a cross from Militão found Benzema, but the striker’s header sailed over the crossbar. Zidane’s side kept Liverpool at arm’s length in the closing stages to see out the tie and book their place in the club’s thirtieth semi-final in the European Cup. 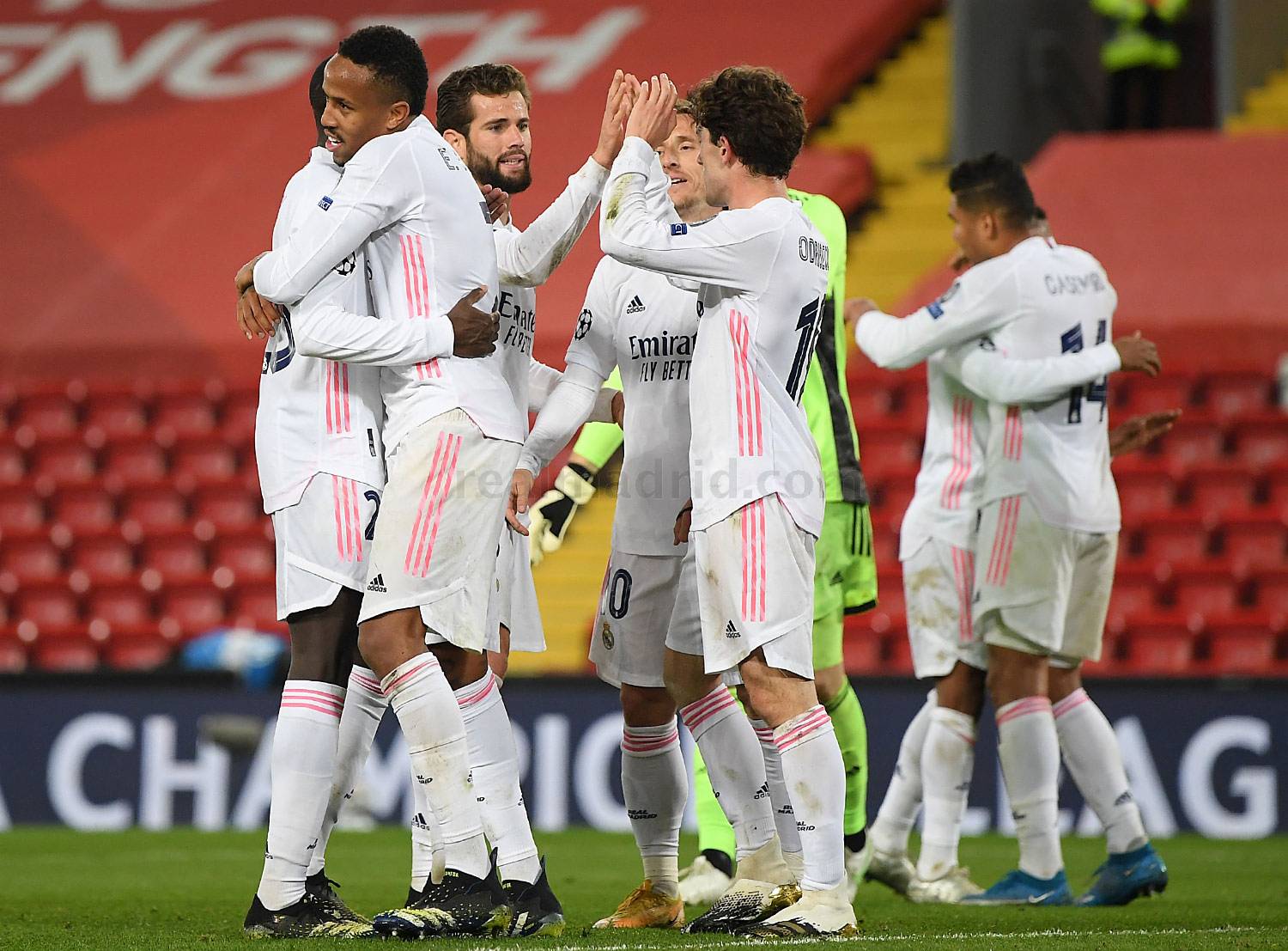 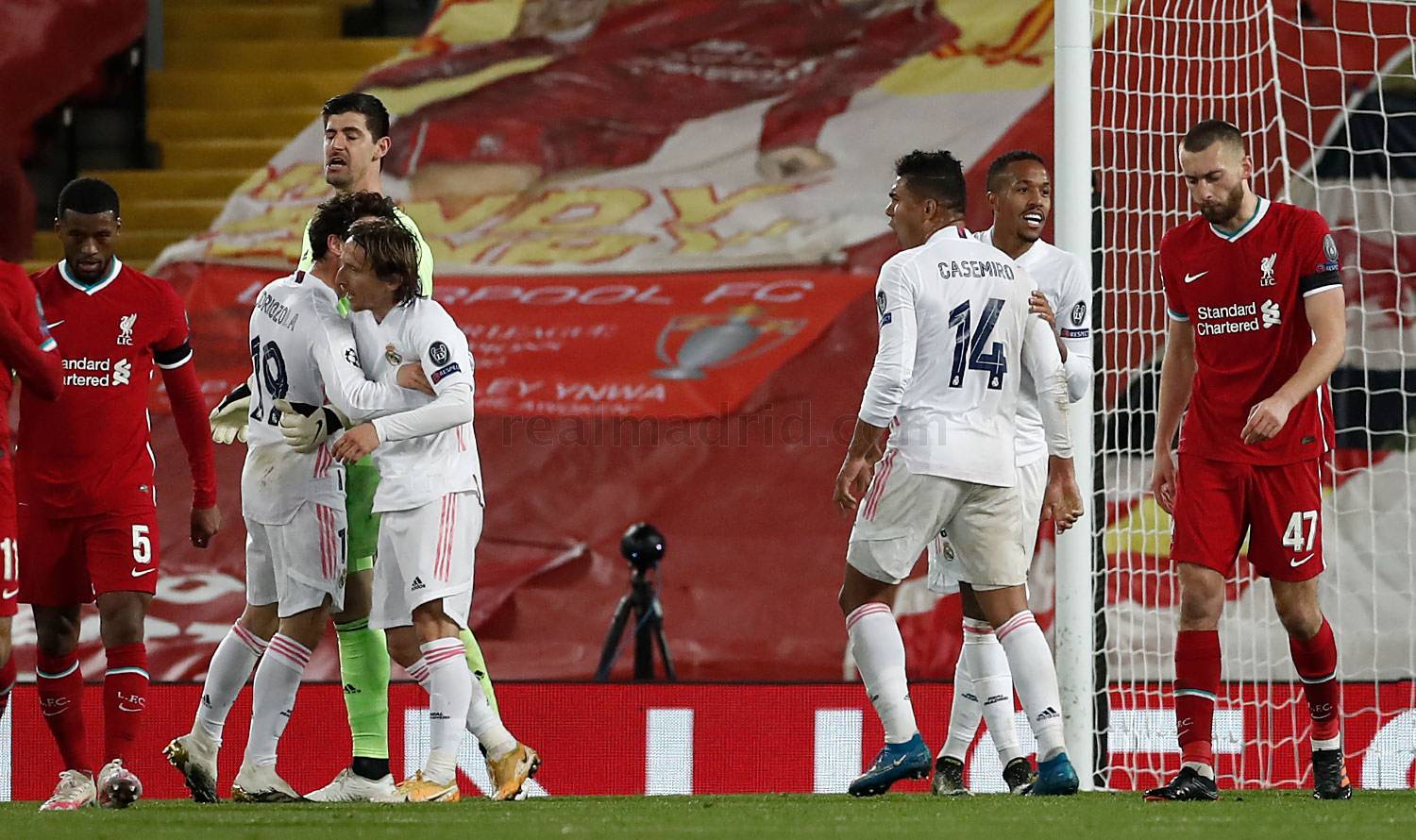 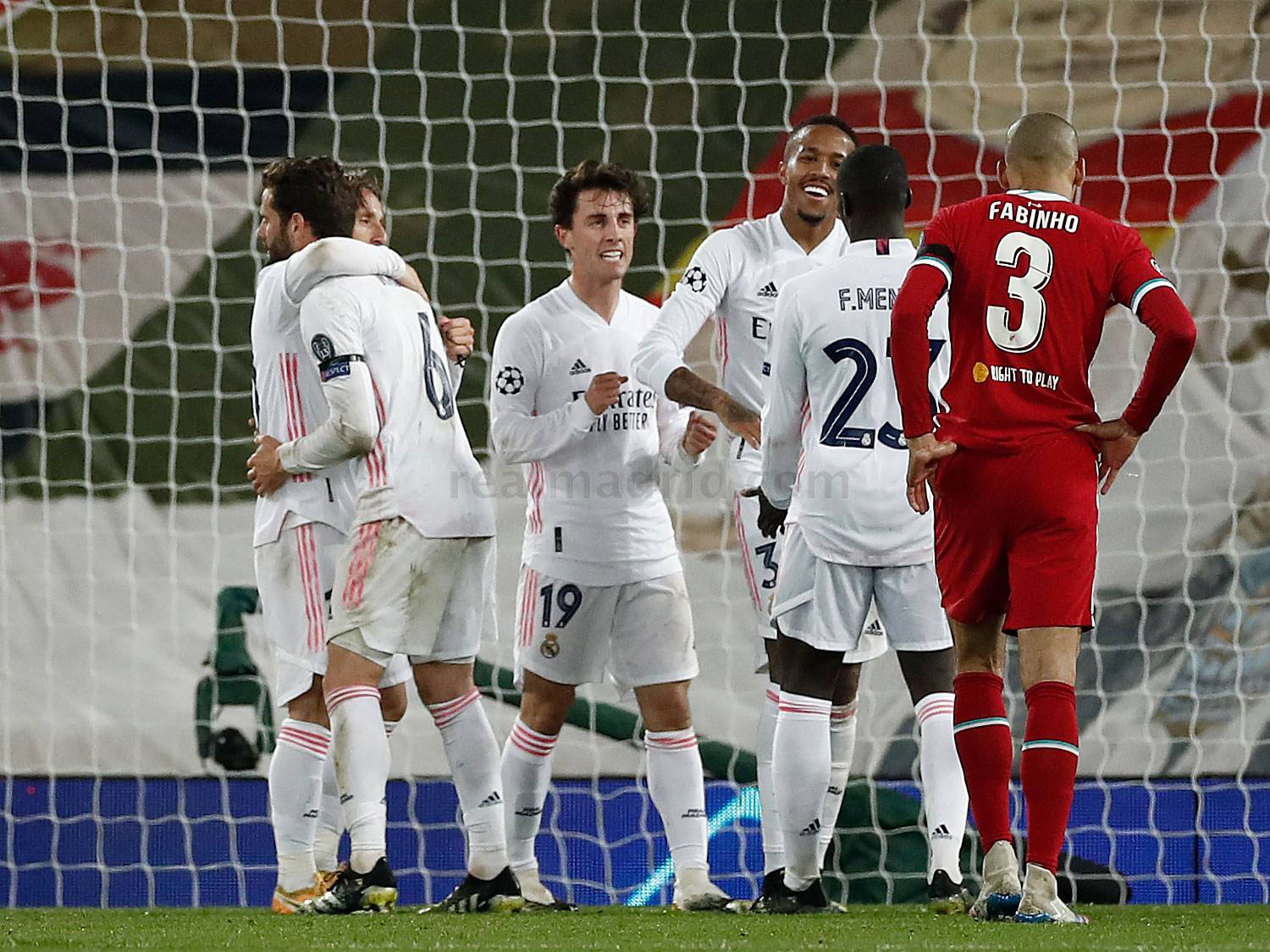 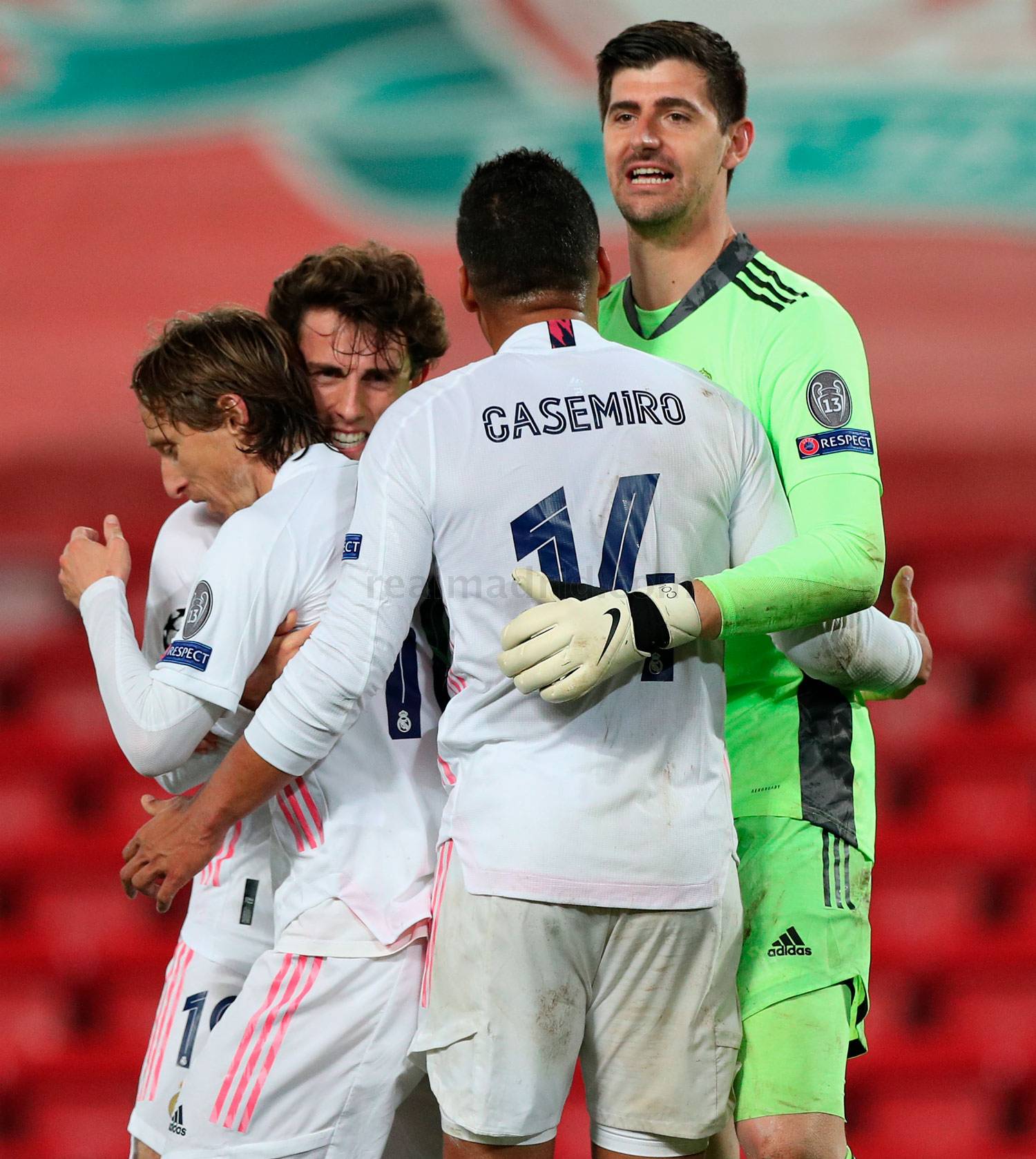 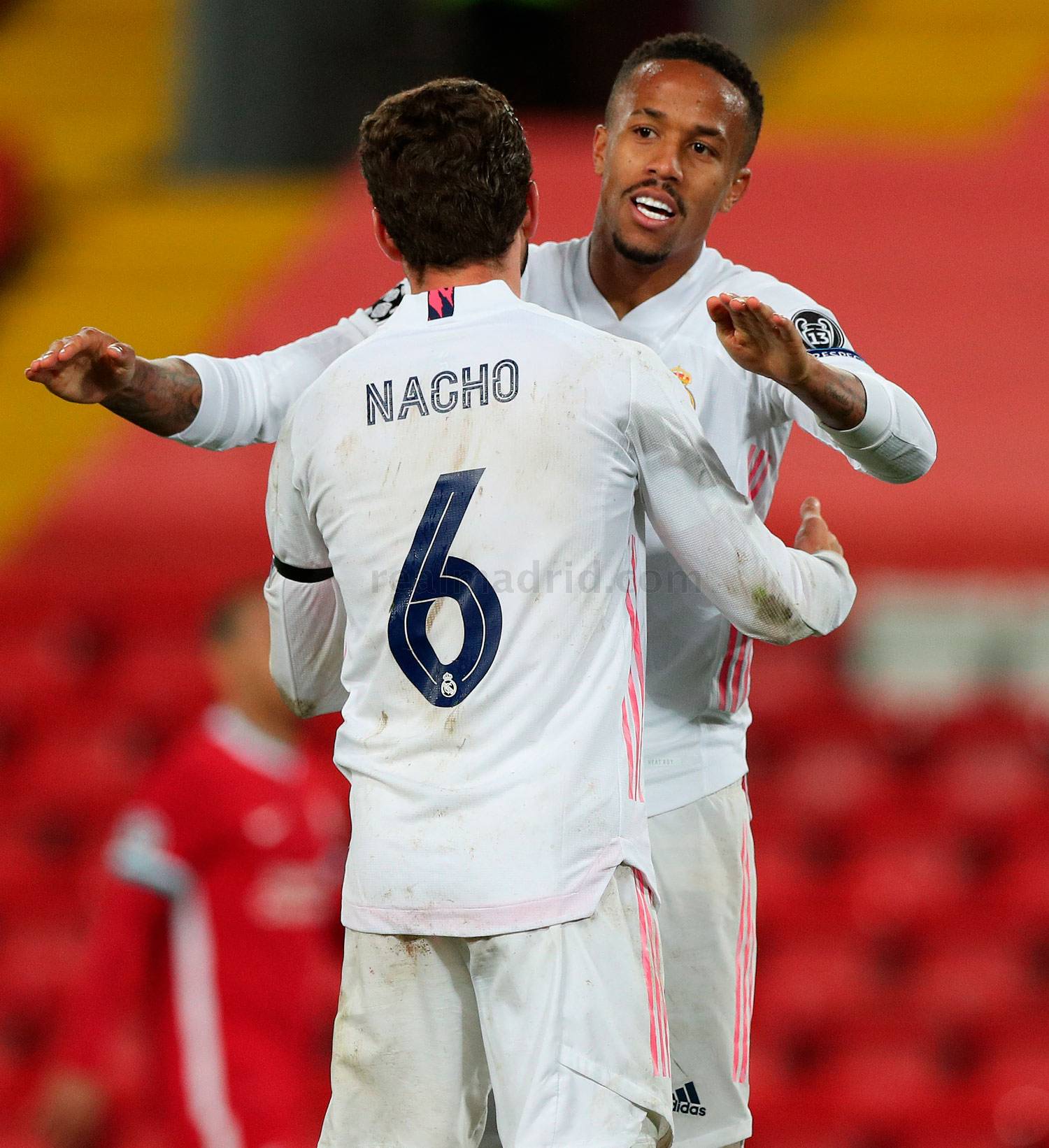 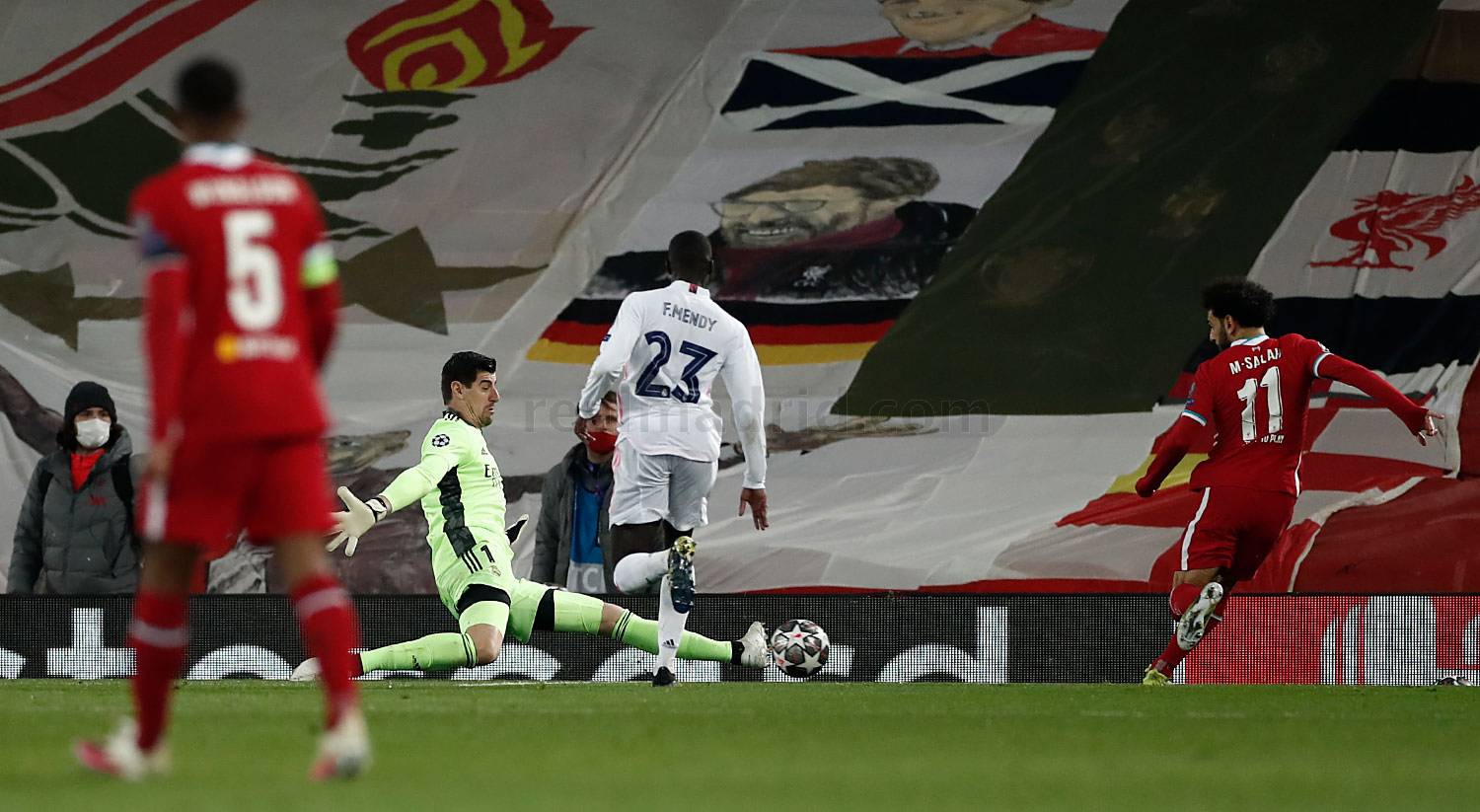 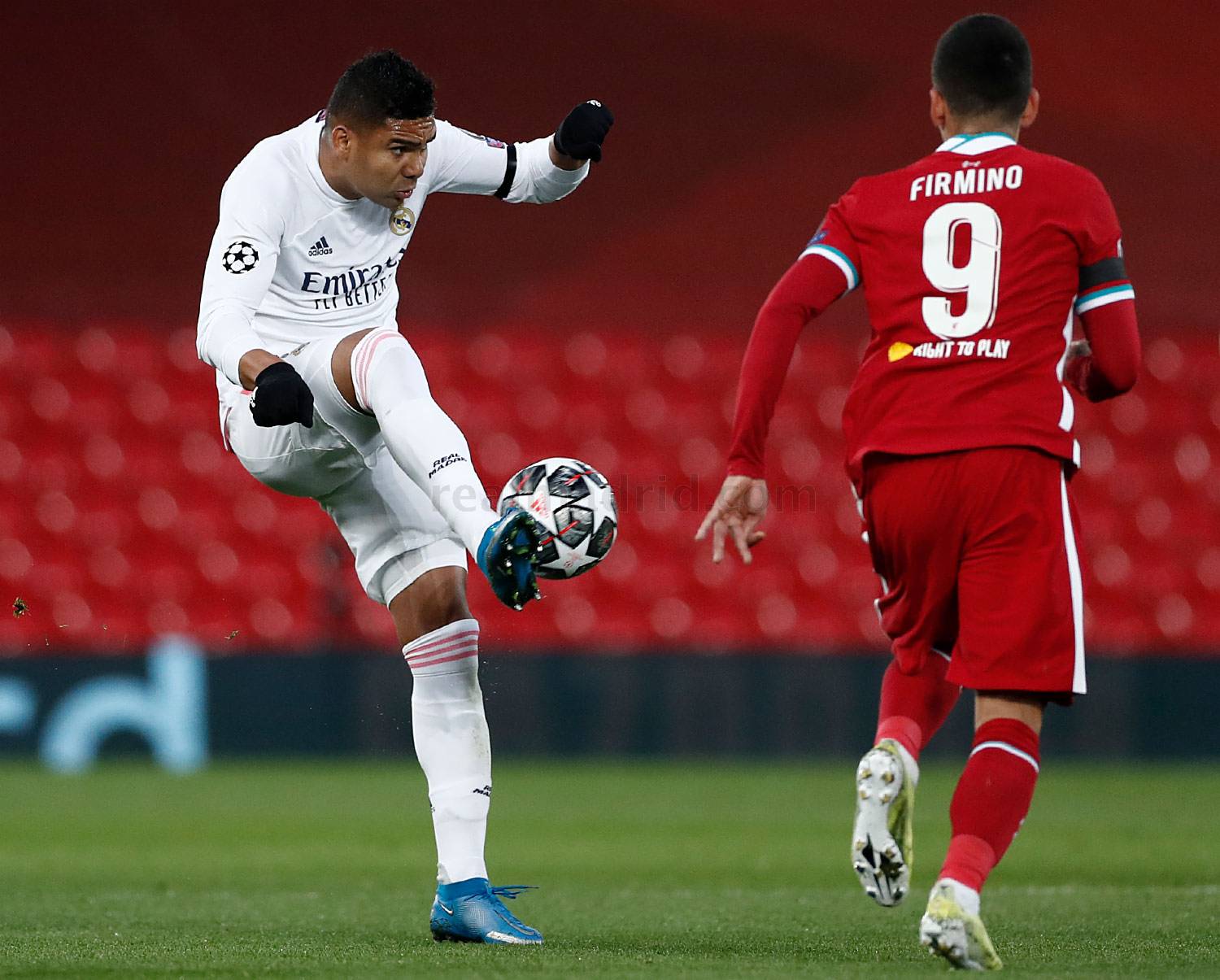 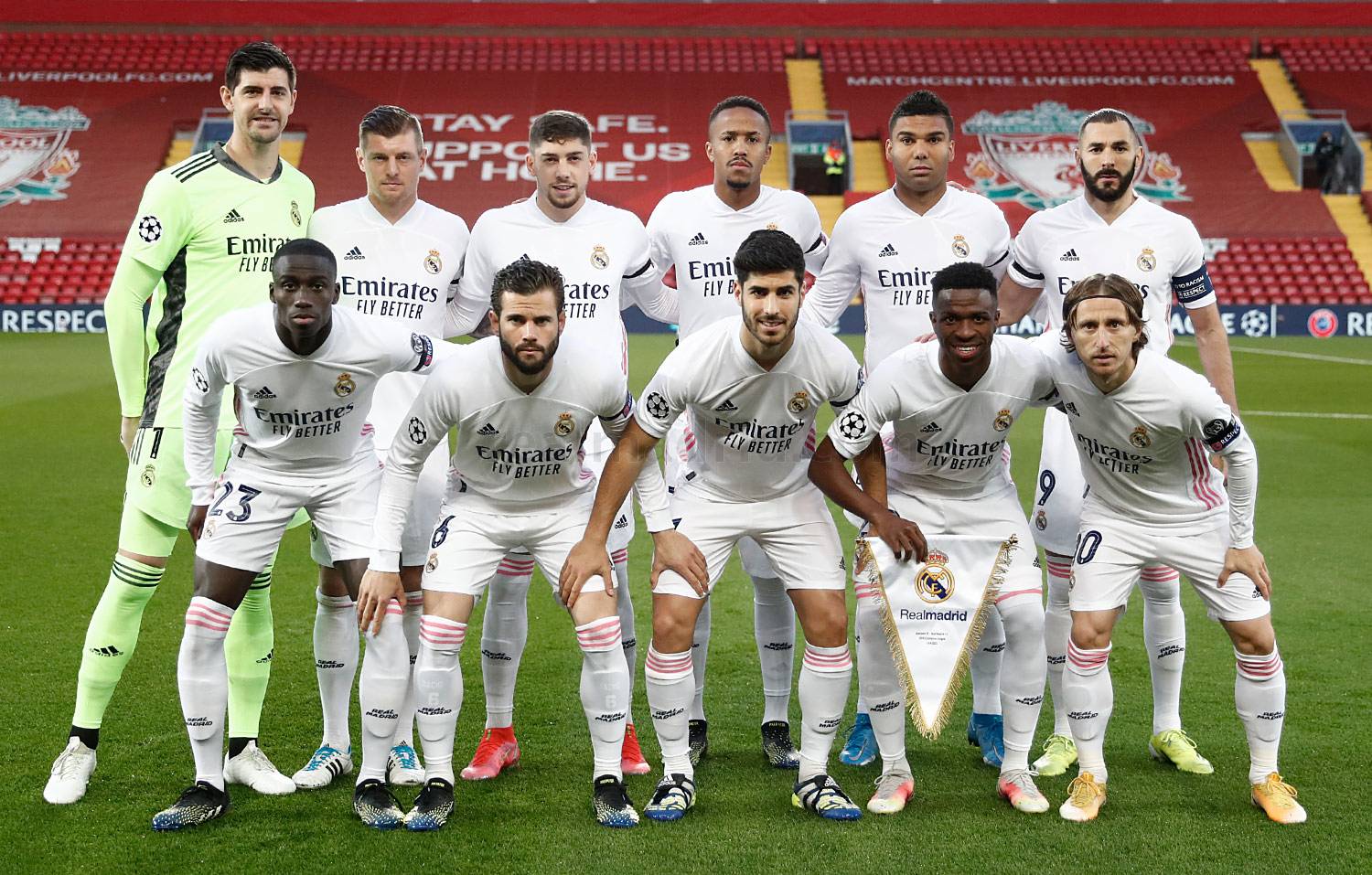 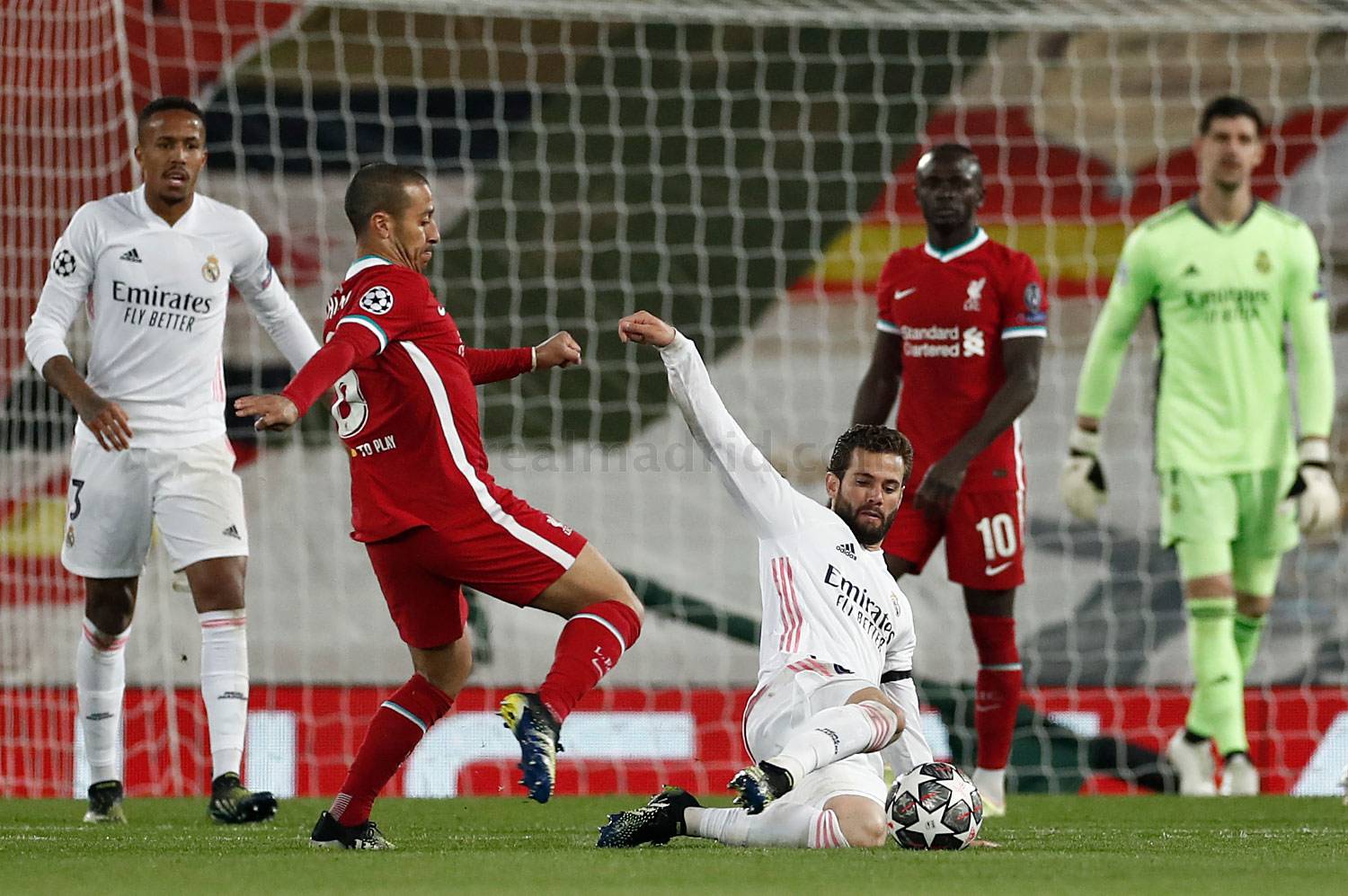 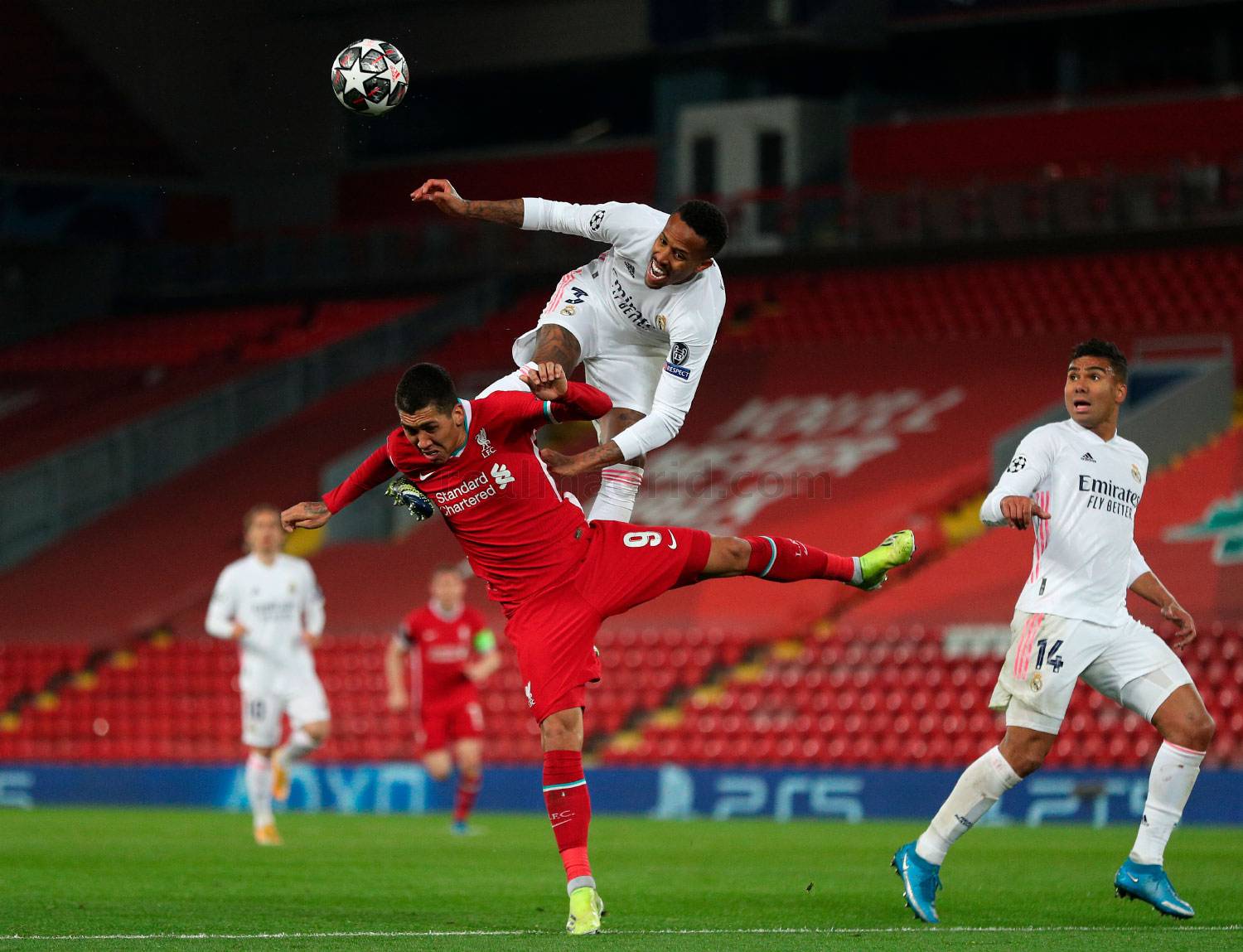 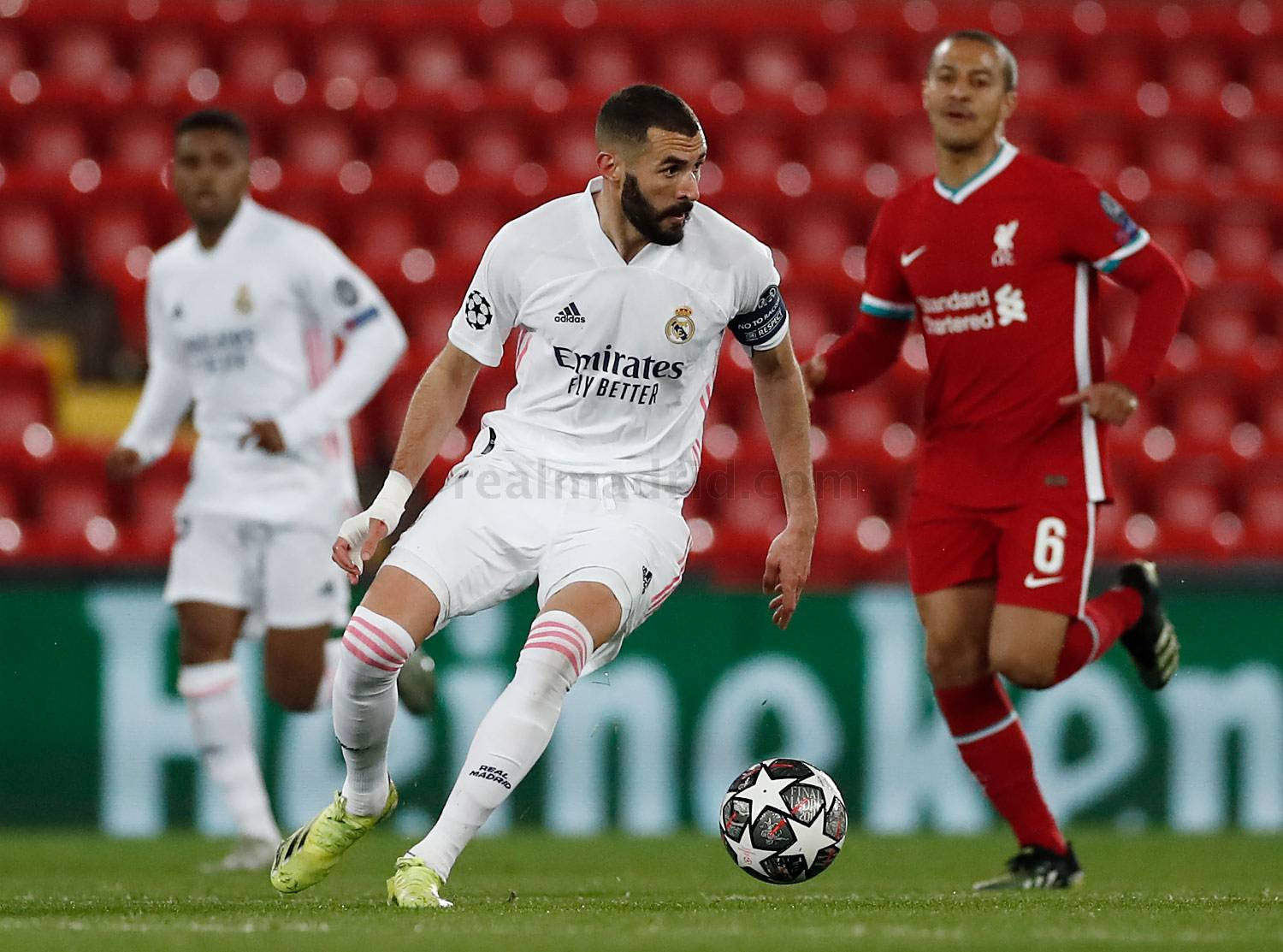 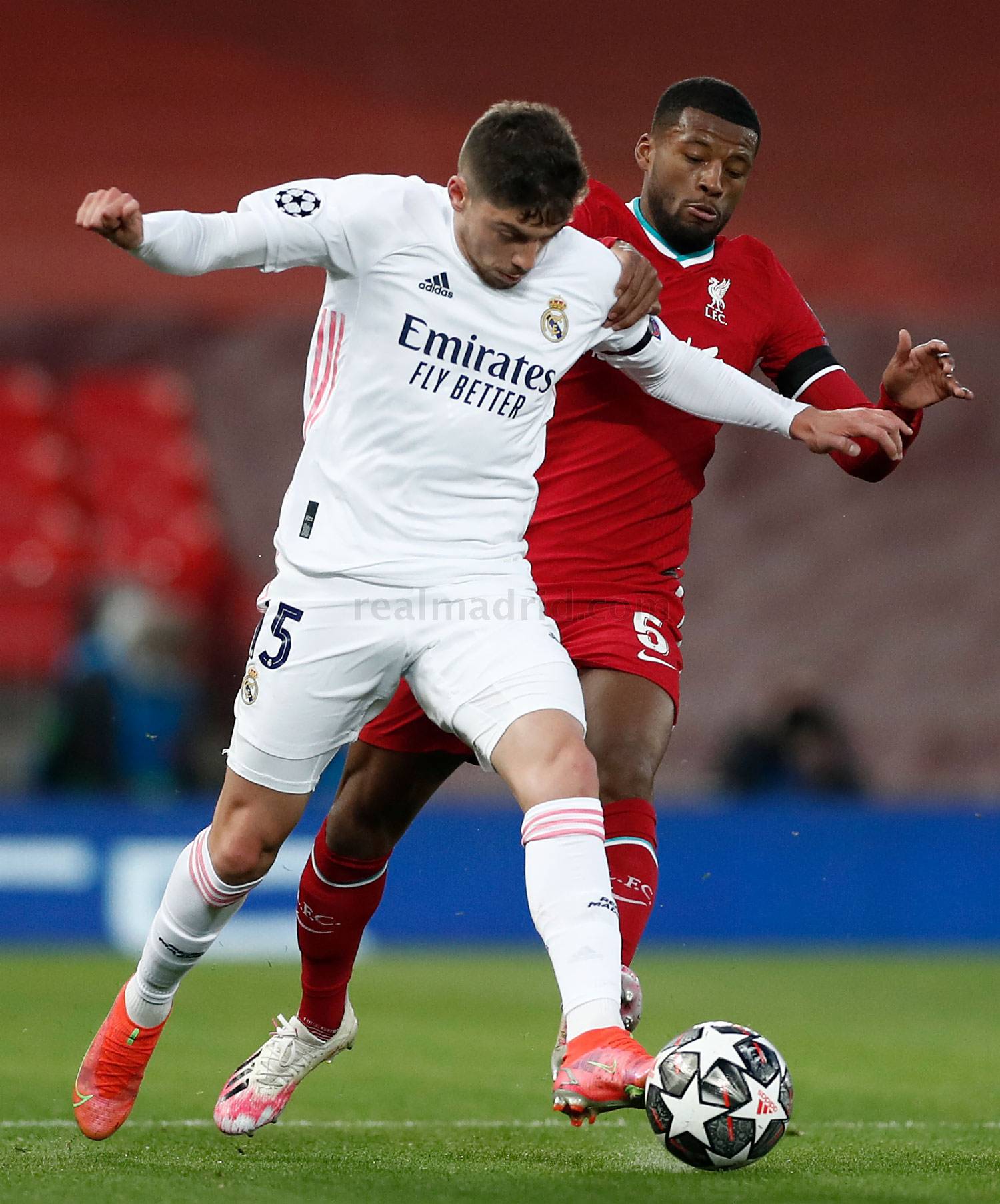 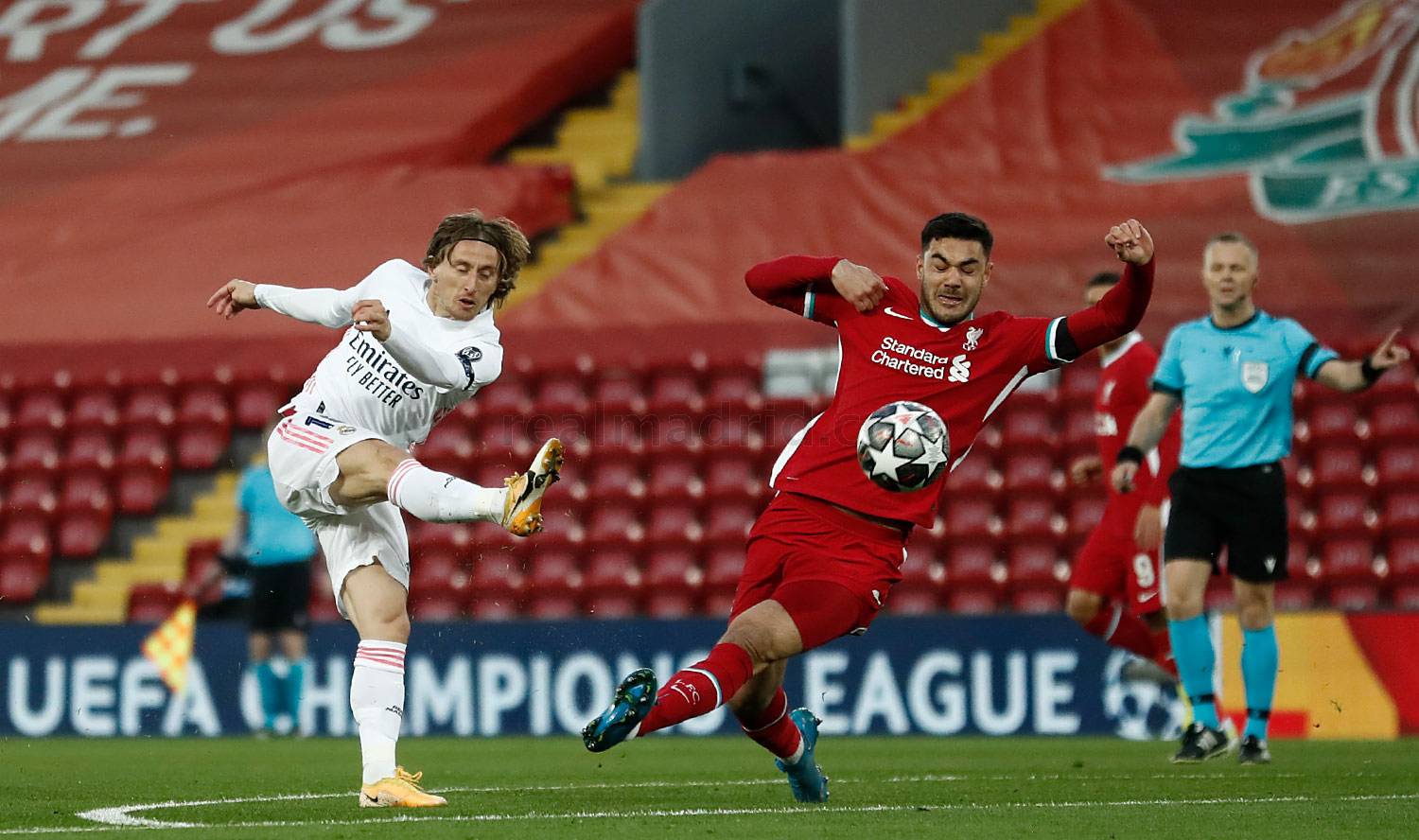 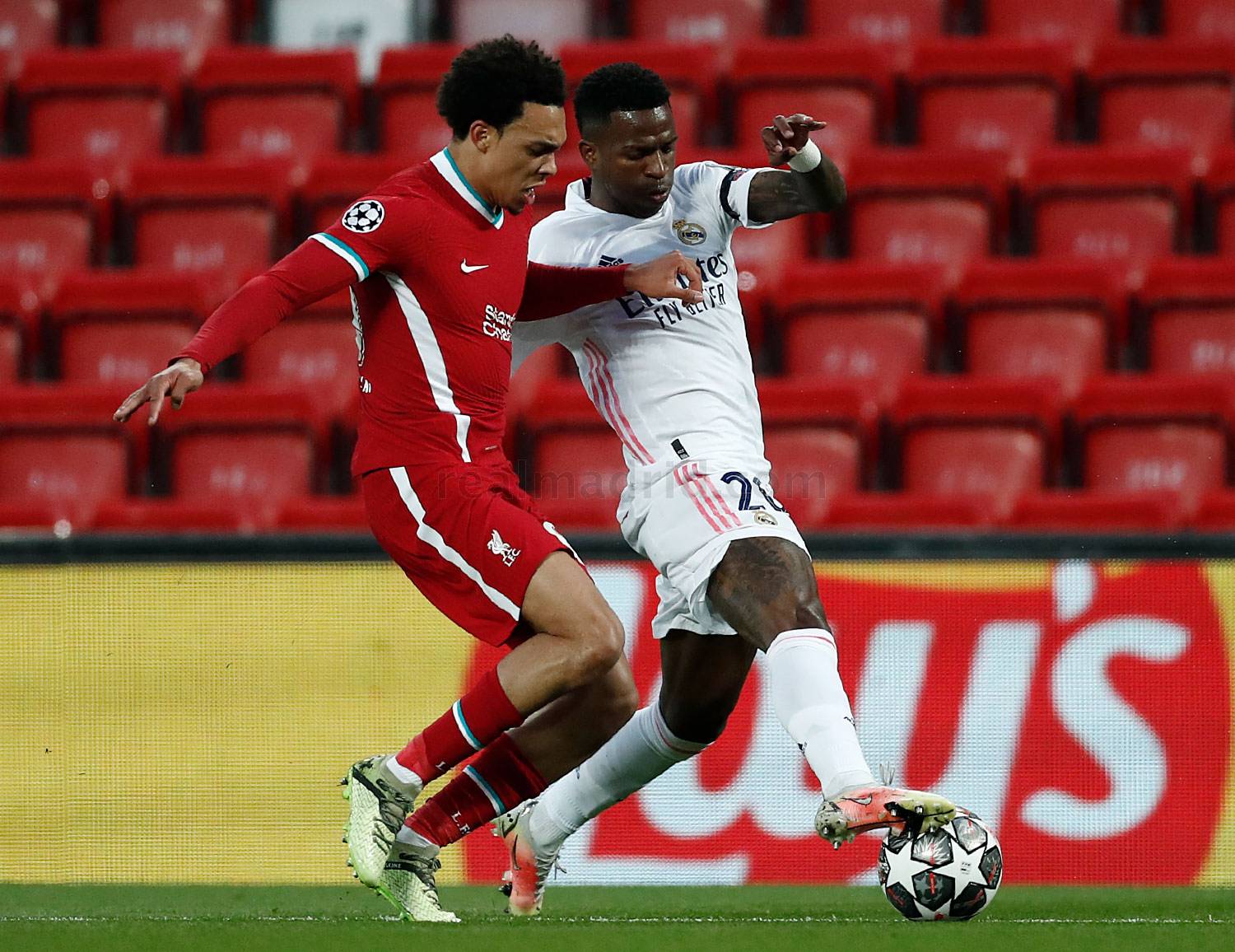 The Frenchman played his 109th game in the competition at Anfield to equal Roberto Carlos as the club's fourth-highest appearance-maker in the European Cup. The forward now sits behind only Casillas (152), Raúl (132) and Sergio Ramos (128).