The Cape Verde-born center overtakes Sabonis with 261 blocks after making 6 in the win over Hereda San Pablo Burgos.
Walter Tavares continues to write his name into the Real Madrid history books. With 6 blocks against Hereda San Pablo Burgos, one short of his own record, the center becomes the second-highest blocker for the Whites in ACB history. The man from Cape Verde eclipses the legendary Arvydas Sabonis, who made 257 but is still some way off Fernando Romay who tops the list on 625.

Tavares is averaging 2.1 blocks this season and since arriving at Real Madrid he's managed 2.02 across his 127 games. It's the second-best percentage among the madridistas' greatest blockers, behind only Sabonis, who averaged 2.05 over the course of his 125 appearances for the team. His record in a single game are the 7 blocks he managed against Tecnyconta Zaragoza on matchday 32 of the 2018-19 campaign. 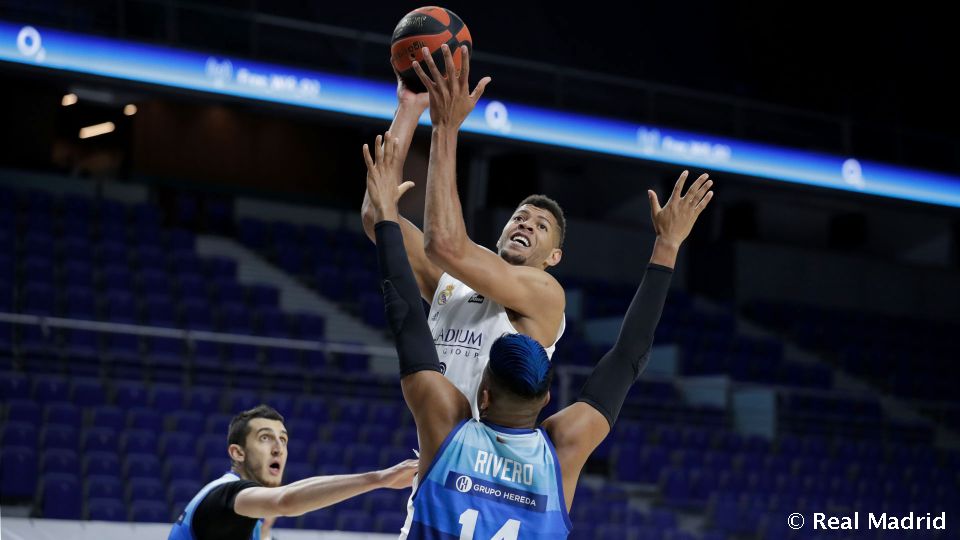