The Madrid academy team is in action on matchday 11 of the competition at the Getafe Ciudad Deportiva (11:30am CET; Realmadrid TV).
Real Madrid Castilla face their first league game of 2021 this week after the two previous games against San Sebastián de los Reyes and Las Rozas were postponed. Aiming for their second consecutive win, the academy side visit the Getafe Ciudad Deportiva to take on Getafe B (11:30 am CET; Realmadrid TV) on matchday 11 of the league season.

In order not to lose the rhythm of competition, Castilla played a friendly against Móstoles URJC (2-1) on 3 January. Now, the team is looking to continue its five-game unbeaten run, which keeps them in the fight for a top-three finish in the Segunda División B Group V subgroup.

Getafe B
Castilla's opponents return to the competition occupying one of the places in the relegation play-off places. Getafe B are eighth with six points and have gone six games without a win. However, in the first match they took all three points at Real Madrid City, which means that Castilla will have to be at their best to get a positive result. 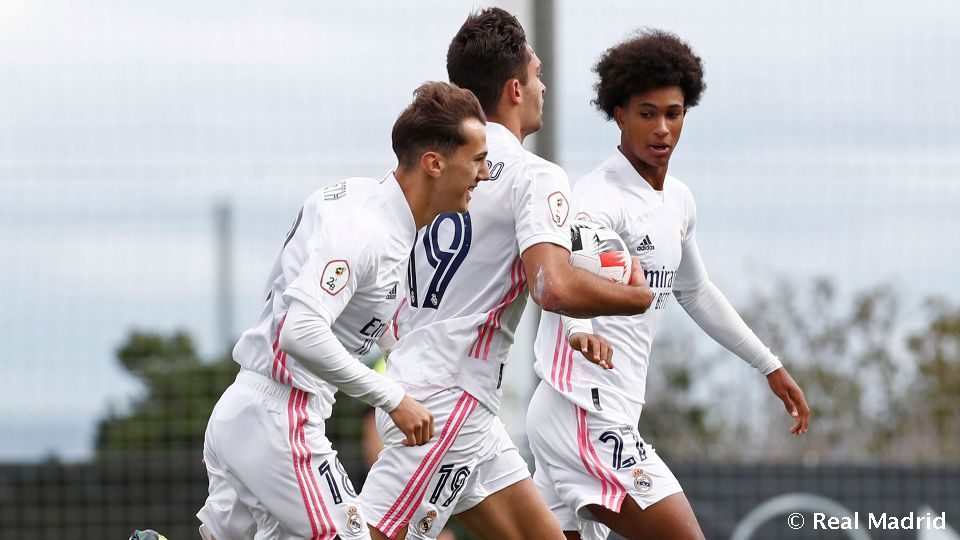