Militão scored on the stroke of halftime, but Alcoyano equalised in the second half and scored the winning goal in extra-time to clinch their place in the next round.
El Collao

1
Real Madrid have been knocked out of the Copa del Rey. El Alcoyano came back following Militão's opener thanks to strikes by Solbes with 81 minutes on the clock and Juanan on 115’, to book their place in the Last-16. Madrid took the lead with what was the final move of the first half, when Marcelo crossed following a corner and Militão rose highest to head home. After the break, it was Real Madrid who enjoyed the opening chance once again, with Lucas Vázquez trying his luck from range on 54’ but José Juan was equal to it. As the minutes wore on, the tie remained up for grabs. Vinicius Jr. could have decided it with 78 on the clock but the hosts' goalkeeper won the battle in a one-on-one, clearing the ball from the edge of the box.

Things took a turn for the worse when Alcoyano broke towards the box and won a free-kick. The hosts were level when Solbes ghosted in at the back post following a corner on 81’ and turned into the back of the net. Zidane's men would have to react swiftly if they wanted to avoid extra-time and they came close to doing just that with 86 minutes gone. Marcelo crossed for Lucas Vázquez, whose header was on target, but José Juan was in the way once more. Two minutes later and the madridistas wanted a penalty when Ángel kicked Militão in the box but the referee waved away their claims.

Extra-time
With the score level the tie went into extra-time for another 30 minutes of play. In the first half, José Juan was yet again in the thick of the action. Benzema combined with Asensio on 103’ and the Majorcan’s low shot from inside the area forced the home keeper into a quick reaction save. In the second half, Alcoyano were reduced to ten men after Ramón López was shown a second yellow card on 110’. Marcelo came close when his right-footed effort from inside the box on 112’ was well saved again by José Juan. Three minutes later, Juanan clinched the victory for the hosts after a goal on the counter-attack to send his side into the next round. 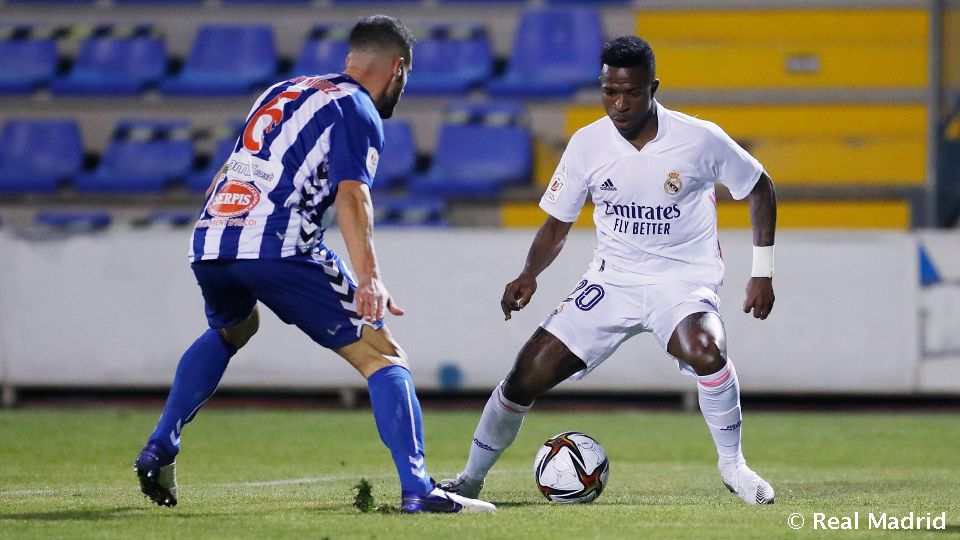 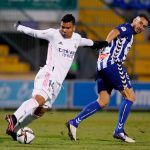