The Real Madrid captain makes the French newspaper's best team of 2020.
The French sports newspaper L'Equipe has named Sergio Ramos in their best eleven for 2020. The Real Madrid captain is part of the team of the year after winning the LaLiga and the Spanish Super Cup and leading the team from the back. He also broke his record of goal scored in a calendar year (11). Ramos received the most points amongst defenders in L' Equipe's best eleven (408).

The French newspaper highlights that the Real Madrid man "is as important defensively as he is effective offensively, especially when it comes to taking penalties, and has become the leading European appearance maker for national teams". Other members of the team include Neuer, Alexander-Arnold, Van Dijk, A. Davies, Kimmich, Thiago Alcántara, Neymar, De Bruyne, Cristiano Ronaldo and Lewandowski. 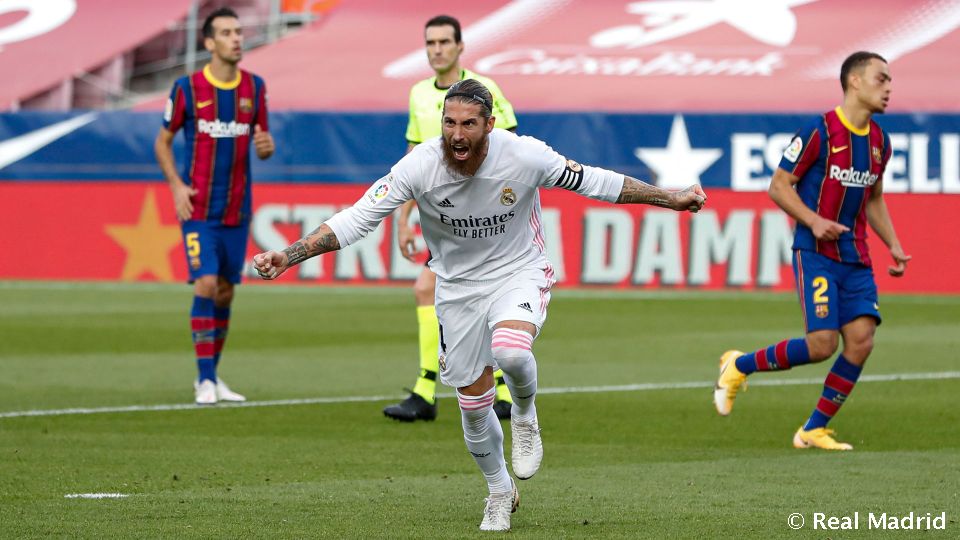