With him, the team has won the decisive match in 3 Champions Leagues, 2 Club World Cups, 2 European Super Cups and 2 Spanish Super Cups.
Real Madrid won their 11th Spanish Super Cup after beating Atletico Madrid in Jeddah and continue their run of wins in finals with Zidane on the bench. It is also the second title the Frenchman has won as coach against Atletico, as he also beat the red and whites to lift the 11th European Cup. That penalty shootout in Milan kicked off a splendid run of form.

The next trophy was won a few months later in the European Super Cup against Sevilla. Kashima Antlers and Juventus, in the Club World Cup and the Champions League respectively, were the rivals against whom the decisive matches in the 2016/17 season was also won.
Historical milestone
The 2017/18 season began with a victory over Manchester United in the European Super Cup and Barcelona in the Spanish Sup Cup. Zidane's side triumphed again against Gremio in the UAE in the Club World Cup and won the third consecutive Champions League against Liverpool in Kiev. Now, with the Spanish Super Cup in Jeddah, Zidane has added his ninth trophy in single-match or two-legged finals. The Frenchman's record is completed with the 2016/17 LaLiga tilte. 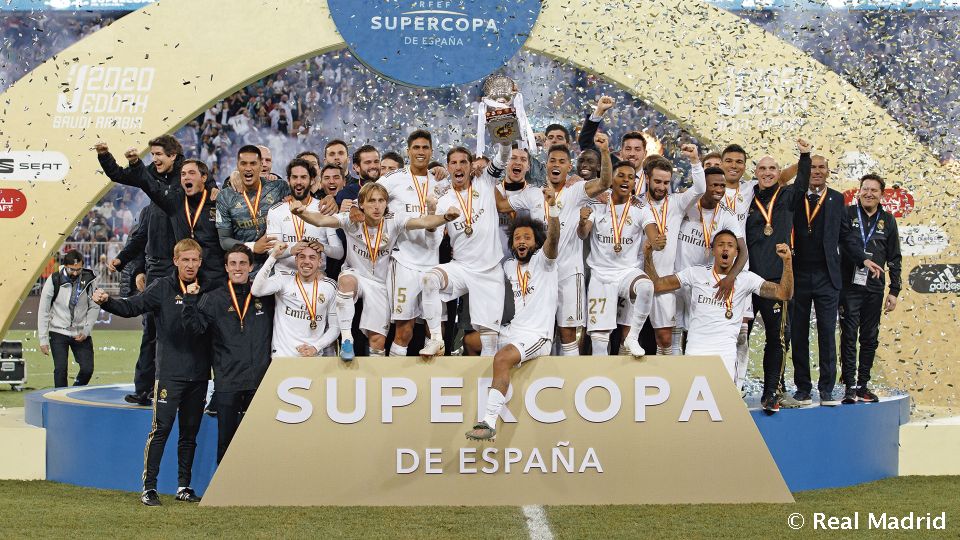