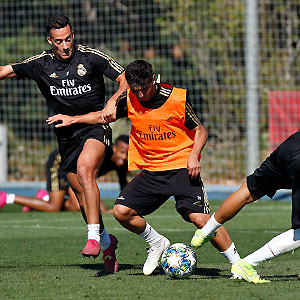 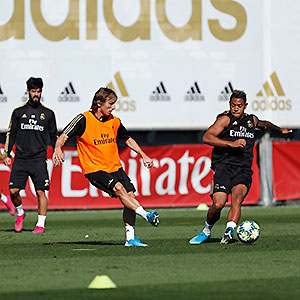 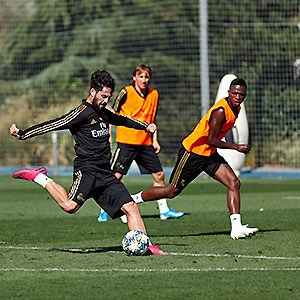 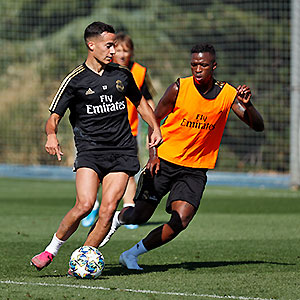 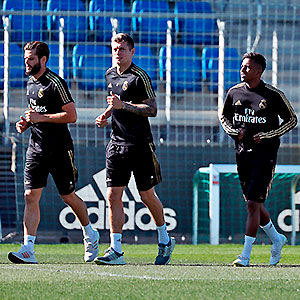 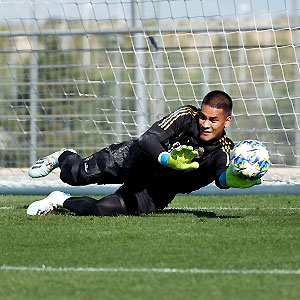 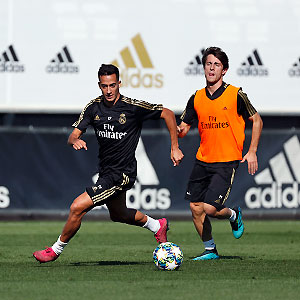 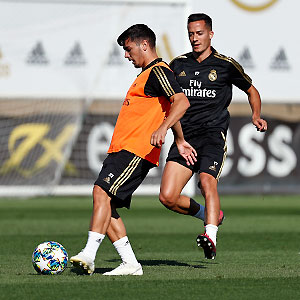 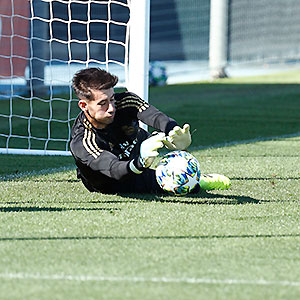 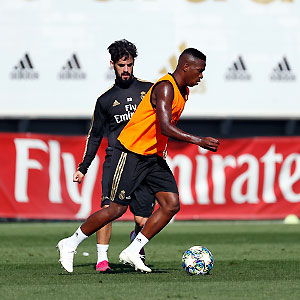 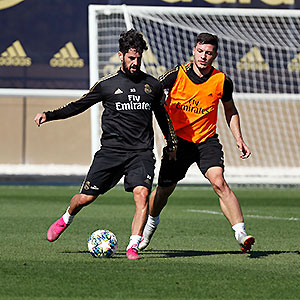 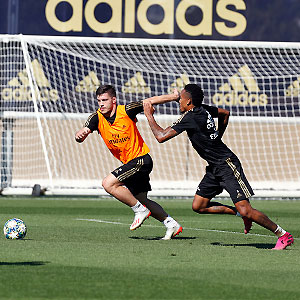 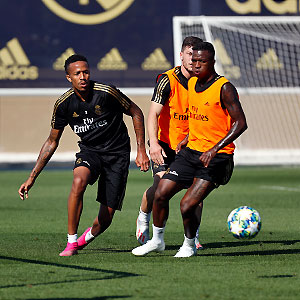 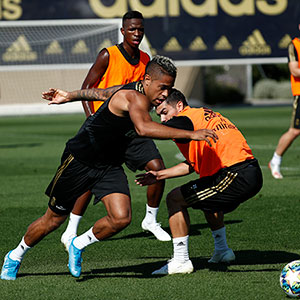 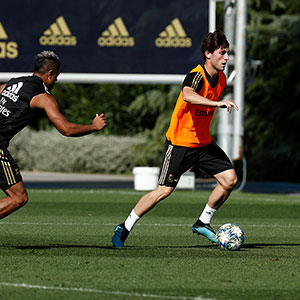 The squad worked out at Real Madrid City this morning as they began preparations for the Group Stage of the Champions League clash with Bruges this Tuesday at the Santiago Bernabéu (6:55pm CEST). The players involved from the start in the derby completed a recovery session. Zidane also called up academy players Altube and Miguel Gutiérrez.

Training kicked off with running out on the pitch and the Whites then went on to work on ball movement and pressing. The session continued with tactical elements before finishing off with games on reduced-size pitches. Asensio, Mendy and Marcelo continued with their recovery programs.