“There's not long until the first official game and I think we'll be going in to it in good shape”, said the coach.
Zinedine Zidane spoke to the media after training at Soldier Field the day before the match against the MLS All-Star team: (Wednesday 8pm local time, 3am CEST). The coach spoke about the game: "We’re hoping to play well and win the match. But the most important thing is to finish the last match well. We’ve worked very well and not picked up any injuries. We've got this game and then there's not long to go until the first official match on the 8th. After these four game we'll be in good shape. The most important thing is to finish well and then return home".

"Physically the team looks good to me. We’ve worked hard, like last year. I'm not happy with the results, but in the matches there have been very good things and some not so good things, but that’s normal in every pre-season".

Career as coach
"I'm passionate, I've always liked being on a football field as a player and a coach. The day that I see that I am not happy I’ll change. But at the moment I like what I do and I'm happy. I'm at the best club in the world and I'm writing my history as a player and now as a coach".

MLS All-Stars
"We don’t know how they're going to play, but we do know how we're going to play. It's a very good team and it's going to be an interesting match. We're looking forward to a good match for everyone and for the fans".

"Chicago is a very nice city, it’s not the first time I've been here. It’s a charming city and we also have the support of the fans. They don’t have the opportunity to see Real Madrid normally and tomorrow we’ve got a game and we’d like to play well".

Bale
"He looks good to me, little by little, he’s had a long injury. The pre-season has been very good since the beginning. I'm not worried about his performance, because the whole team has had good moments and not as good moments".

Cristiano
"He is calm, taking advantage of the holidays. Now that he is over 31 he’s relaxed and he’ll be with us on the 5th. We hope that after the 5th we’ll not be speaking about this. I’ve not spoken to him directly. He's already happy because it's over. It’s been good news for him and now he’s already thinking about football. He wants to be with us and talk about football and prepare for the season".

The under-21 players
"Everyone is going to have minutes and from the beginning. The idea is that everyone will have minutes. Those who have played more, less, and vice versa". 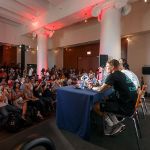