A James brace and goals from Isco and Jesé, who returned after his serious injury, ensured a goal-fest against Cornellà and saw the team extend their record run of consecutive victories to 17 games.
Santiago Bernabéu

0
The reigning Copa del Rey champions thrashed Cornellà in their inaugural home game in the competition, securing their place in the Round of 16 and extending their winning streak to an historic 17 consecutive games. The Whites killed off the match in the first half, even though the away side could have taken the lead a minute before the quarter-hour mark had Boniquet converted his penalty after Arbeloa had fouled the Catalan player.

From then on, Real Madrid were a force of nature and got three goals in less than 20 minutes, which began when James opened up the scoring in the 16’ and ended with him bagging his second in the 34’. Each of the goals was a work of art. Isco set up the first and the Colombian finished it off with a deft chip to beat Íñigo. There was a role reversal for the second, with the Spanish international getting on the scoresheet after a one-on-one situation that was very similar to that his team-mate faced for his goal.

The Isco-James connection was behind the first two goals, but the third came through Chicharito two minutes later. With a one-touch flick of the heel, the Mexican laid up the Colombian, whose strike from outside the box was so well hit that Íñigo could only look on as it found its way into his net. The Bernabéu crowd was enjoying watching its team, and applauded the players off the pitch at the end of the first half.

The long-awaiting return of Jesé
One man stood out during the second half: Jesé Rodríguez. The youth academy player came on in the 56’ on for Khedira, who walked off the pitch visibly shaken, to make his return after picking up a knee injury 259 days ago. The fourth goal game four minutes after he came off the bench. Arbeloa found Chicharito and the Mexican's shot hit the crossbar, but the away side's Borja, who was unable to put the brakes on in time, put the ball into his own goal.

While it was Jesé's comeback, the game also saw youth academy player Javi Muñoz make his debut in the 63’. However, it was the Canary Islander who got the supporters of their seats in the 77’. Isco provided the assist after a great bit of skill and Jesé, with an accurate diagonal strike, closed out the scoring for his team. The La Fábrica-produced forward dedicated his goal to the fans and hugged the physios and medical personnel who helped him through his recovery. It was the icing on a great night. The Whites will take on the winner of clash between L’Hospitalet and Atlético de Madrid in the Round of 16. 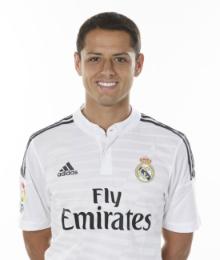 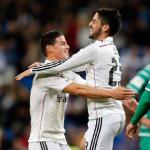