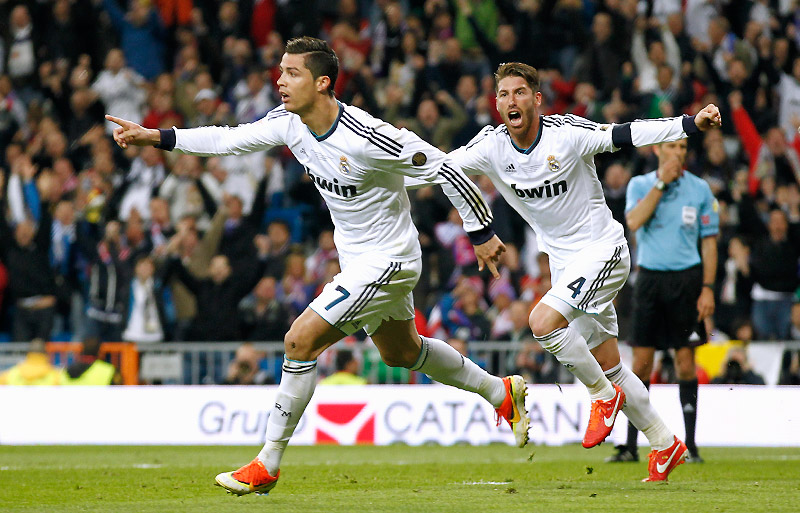 Cristiano Ronaldo scored with a header from an Özil assist against Atlético de Madrid in the final of the Copa, scoring his 55th goal this season in the same number of matches. The Madrid player’s scoring ability has enabled him to reach this stage in this season with a scoring record of a goal a game across the four competitions he has appeared in. Furthermore, with this latest goal he is leading the table of goal-scorers for 2013 across Europe’s five biggest leagues. This year he has managed 33 goals, 32 of them for Real Madrid and one for Portugal.

In the derby against Atlético, the Santiago Bernabéu enjoyed seeing Cristiano Ronaldo for the hundredth time. The Portuguese player rose to the occasion and opened the scoring with his seventh goal in the Copa del Rey 2012-13, equalling his best total in this competition. In the whole season he has already scored 55 times and, with two league matches still to play, he could reach his best total, the 60 goals he scored last season.


In his 100 appearances in the Santiago Bernabéu as a Madrid player, the Portuguese player has a record of 111 goals, divided between 83 in la Liga, 17 in the Champions League, 10 in the Copa and 1 in the Supercup.
Search