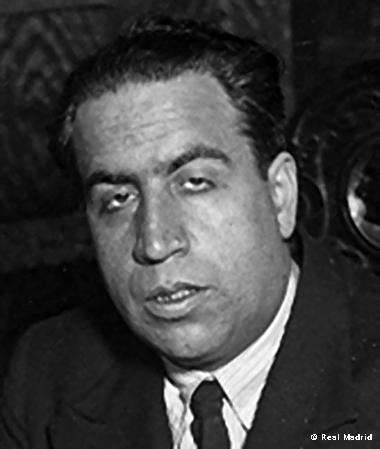 His period as president was brief but fruitful. During his presidency, Rafael Sánchez-Guerra managed the club successfully both on and off the pitch. The main challenges facing him were to find new premises for the club which were in keeping with its growing status, to strengthen the squad and to build a new stadium. Nonetheless, the outbreak of the Spanish Civil War frustrated his plans to achieve this last objective.

He had loved football since childhood and this passion for the game was strengthened when he went to the famous Colegio del Pilar in Madrid where players such as Muñagorri and René Petit also studied. He became great friends with them and would later play alongside them for the Real Madrid youth team.

The Madrid born Sánchez-Guerra followed in the footsteps of his father, the politician José Sánchez-Guerra, and took up various high-level political posts during the Second Republic. However, on the 31st of May 1935 his passion for football led him back to Real Madrid when he was voted president by an overwhelming majority in the club elections.

Footballers of the stature of Lecue, Kellemen and Alberty joined the Whites that season and helped them to win the Spanish Cup against Barcelona. Ricardo Zamora also starred in the final by stopping what looked like a certain goal. This title was to be the culmination of his brief period as president of Real Madrid.