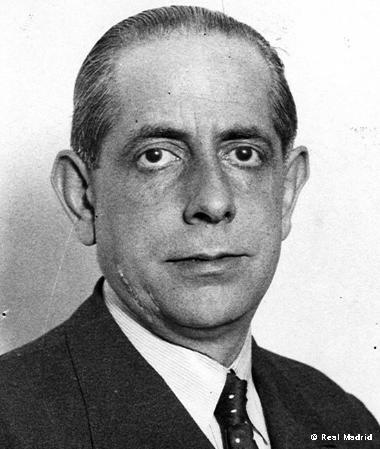 Pedro Parages was one of the pillars of the club and, in the words of Santiago Bernabéu, he was “the great founding figure of Real Madrid”. During his presidency, the club was granted the title “Real” (Royal) by King Alfonso XIII of Spain. Before he became president, he played for the club and won four consecutive Spanish Championship titles in his seven seasons as a player.

Parages was responsible for the establishing the rules and regulations for the foundation of the ‘Madrid Foot Ball Club’ and he had acquired this specialist knowledge during the time he spent studying Business in England. He was also a great promoter of the club and the modern management of Real Madrid began when the ground at O’Donnell Street was enclosed and the club could make money for the first time from the sale of tickets.

On the 17th of May 1924, the new Chamartín Stadium was officially opened in a game against the all-conquering Newcastle United who were the English FA Cup holders. This team full of professionals was beaten 3-2 by a Madrid team made up of amateurs.

Two years later, Pedro Parages left the presidency of Real Madrid. He died on the 15th of February 1950 at the age of 65 in Saint Loubés in France. At the time of his death, he was member number one of Real Madrid.