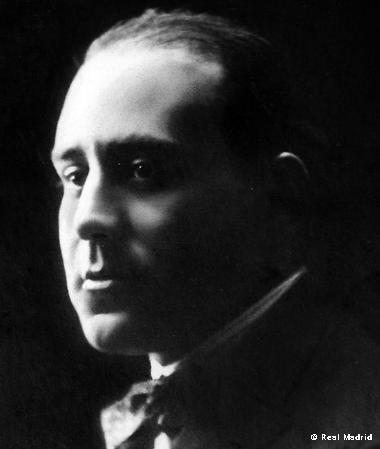 Luis Usera was the eighth president of Real Madrid and brought four years of success to the club. He put together an unbeatable team on the pitch and left the club in a very healthy financial position. This title-winning period for the Whites was only stopped by the beginning of the Spanish Civil War.

He became president of the club 1929 in a somewhat unexpected fashion. The candidate who had actually been elected, Antonio Bernabéu, had to turn down the post as he had been appointed to the position of president of the Spanish Football Federation. Luis Usera accepted the post and applied his theory that “a good team is built on good revenue”. He started to strengthen Real Madrid by signing the greatest goalkeeper of his age: the ‘divine’ Ricardo Zamora, who cost the club 150,000 pesetas.

Through his policy of signing the best players on the market, Luis Usera’s Real Madrid really began to take off. Players like Ciriaco and Quincoces arrived and, along with Zamora, they would create the most formidable defensive barrier of the time. And the icing on the cake was provided by the signing of one of the greatest Spanish players of all time, Pepe Samitier.

Thanks to these inspired signings, the Whites sailed to the 1931/32 league title which they won without losing a single game. The team played wonderfully throughout the season and actually won the title in Barcelona’s stadium. They won the league again the following season in a year which also saw them finish as runners-up in the Spanish Cup and the year after they were runners-up in the league and the winners of the Cup, thus providing a fitting finale to the presidency of Luis Usera who left the post in 1935.