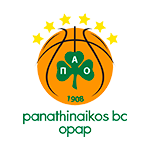 Chus Mateo's charges emerged victorious from a tough Panathinaikos court in the first round of matches. Tavares was the standout performer with 14 points and 19 in PIR.

Real Madrid kicked off their 2022/23 EuroLeague campaign with an important victory against a reenforced Panathinaikos side. The Whites produced a solid and physical away performance at the OAKA Arena, where they had to withstand the onslaught from the hosts in the closing stages to edge ahead. On the inside, Tavares and Deck were dominant, while Causeur, Lull and Musa inspired the side in the final quarter to give the visitors the victory in what was a historic day for captain Sergio Llull, who became the Madrid player with the most EuroLeague appearances (346), overtaking Felipe Reyes.

The matchup was intense and physical from the get-go. Panathinaikos came out full of aggression, but Madrid read the situation superbly and played with pace. The strategy was to control the rebound and counter-attack to unsettle the home side's defensive balance. The introduction of Hezonja, scoring eight points, gave the madridistas the initiative with a 12-21 lead in the 8th minute. A time-out from the Greeks resulted a quick response - who strung together several three-pointers and the odd two-and-one to go three up five minutes later (26-23, min.13).

Alternations
The second quarter carried on in the same vein as the first, but both sides were less clinical. Madrid performed slightly better and always managed to create opportunities close to the hoop. Through Deck and Poirier in the paint (10 points between them), they dominated the offensive rebounding and retook the lead. However, it did not last long, as the Athenians levelled the contest once again thanks to some clinical shooting, on this occasion from Williams and Ponitka. The emergence of Tavares in the final stretch of the first half saw the Whites go into the break ahead (37-38).

It was a physically demanding contest and Madrid simply could not lose focus because the Greeks are masters of this type of game. This they did not do, despite the pressure at the OAKA. They continued to execute every move, keeping things solid at the back, and were always able to rack up points from close to the hoop. Whenever a three-pointer was struck (from Musa and Causeur) they pulled clear. When they didn't, Panathinaikos rallied, and continued to play in bursts, spearheaded by Williams. The French small forward's five consecutive points sparked a 9-3 run in our favour that brought the score to 51-54 at the 30' mark.

The best was still to come
As the game entered deadlock, it was Madrid who pushed ahead - helped by a large squad brimming with talent. Two consecutive three-pointers from Causeur and Llull moved them seven up with six minutes to go at 55-62. There was a sense that they could put the game to bed, but it wasn't to be. Another surge from the home side courtesy of two three-pointers from Lee turned the score around to make it 65-64 at the 38' mark. Chus Mateo's troops refused to give up and Musa then stepped up first with six straight points to restore the lead, and then it was Llull's turn. The captain settled the contest with a three-pointer with 40 seconds left to give Madrid a 6-point cushion and complete a 7-0 run that was enough to see off a strong Panathinaikos side (68-71). Madrid continue their impressive start to the season.