Ancelotti's troops ran out 2-0 winners over Eintracht Frankfurt courtesy of strikes from Alaba and Benzema.

On 10 August 2022, Real Madrid were once again crowned UEFA Super Cup winners after claiming a 2-0 win over Eintracht de Frankfurt at Helsinki's Olympic Stadium, an arena the team were gracing for the first time in the club's history. A David Alaba strike in the first half and a Karim Benzema effort after the interval handed Madrid the win. Casemiro, who provided the assists for the opening goal, was named Man of the Match.

Real Madrid's fifth UEFA Super Cup added to the legacies of Carlo Ancelotti and Karim Benzema. The Italian became the only coach to have won the competition on four occasions
(twice with AC Milan and two times with Real Madrid.) Meanwhile, the French forward notched his 324 goal and now lies second in the club's all-time goal charts after moving ahead of Raúl. “Ancelotti manages the squad really well and that's part of the reason for our success; Benzema deserved to win the Ballon d'Or last year and there's no disputing that this year," commented Florentino Pérez following the win at Helsinki's Olympic Stadium.

The UEFA Super Cup saw two of Real Madrid's new recruits for the 2022/23 season make their competitve debuts: Antonio Rüdiger and Aurélien Tchouameni as the duo picked up their first trophy with the club on Finnish soil. Meanwhile, their teammates struggled to contain their joy at this latest trophy triumph. "I've now won the UEFA Super Cup four times and this is a special one too. We put in a pretty decent performance," declared Dani Carvajal. Thibaut Courtois, who kept a clean sheet, expressed his satisfaction in the following terms: "I'm really happy. We had the chances to have won by a bigger margin." Meanwhile, Fede Valverde, for whom this was  first UEFA Super Cup triumph, noted: "We put in a greater performance and it's yet another piece of silverware." 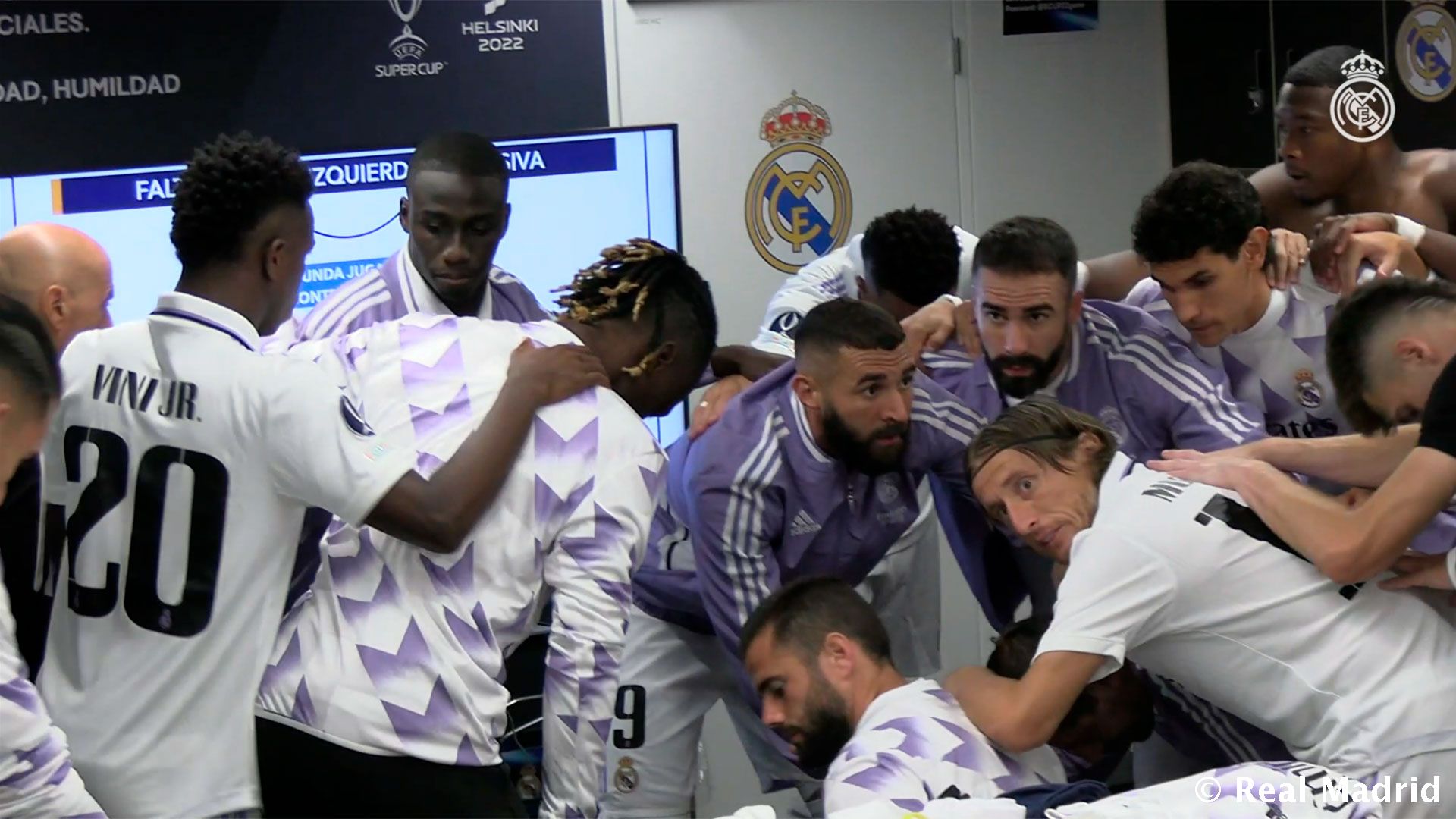 Inside Real Madrid: What were the last words you heard in the dressing room before going out to win the Super Cup? 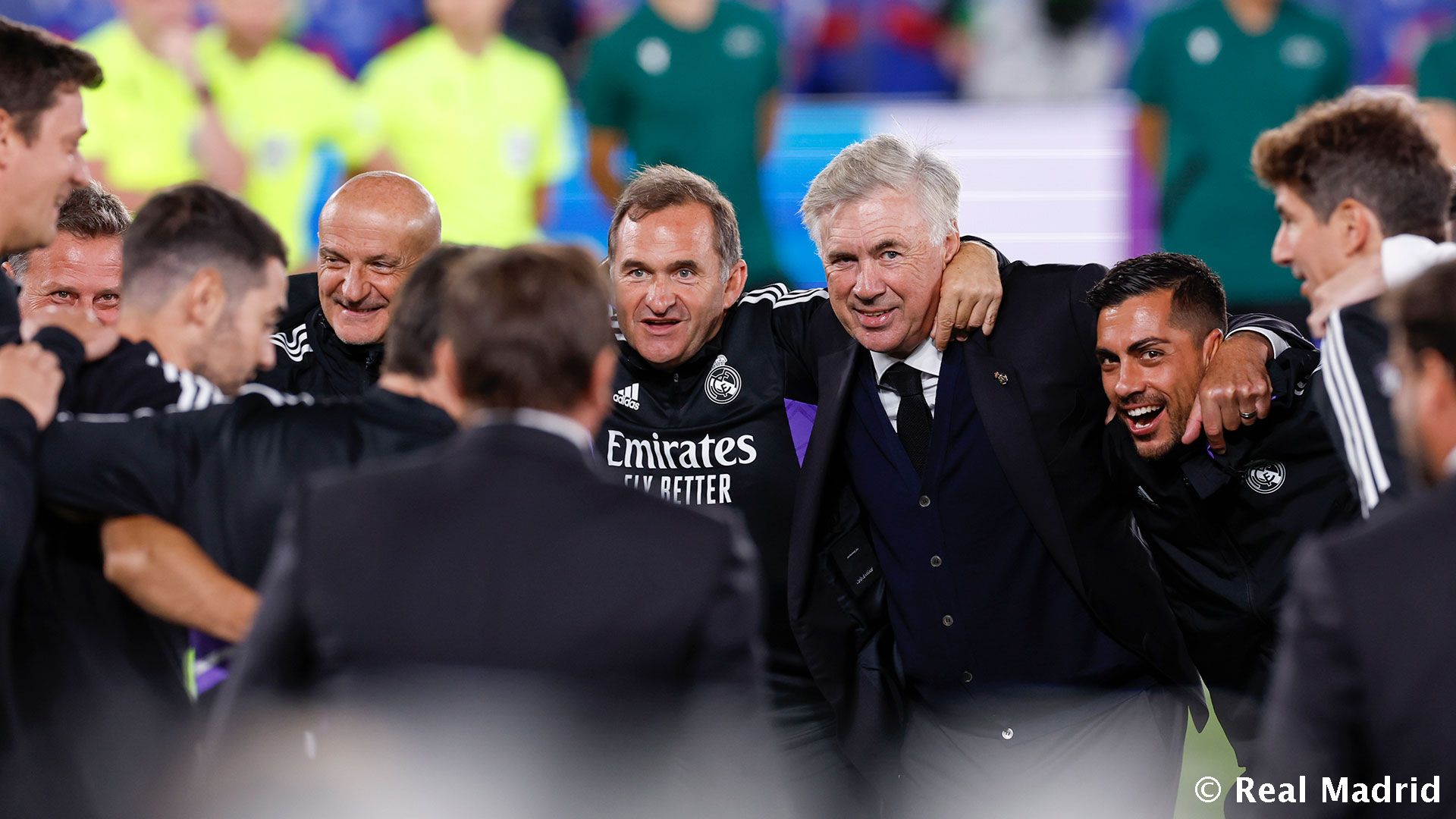 Inside Real Madrid: team spirit. Ancelotti's celebrations with his staff met with applause from the players.